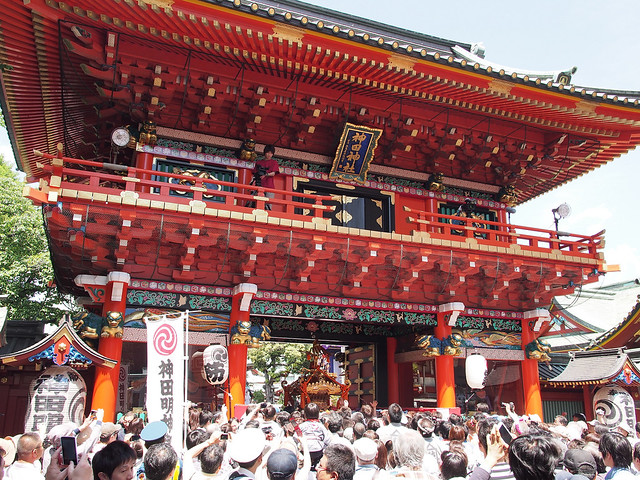 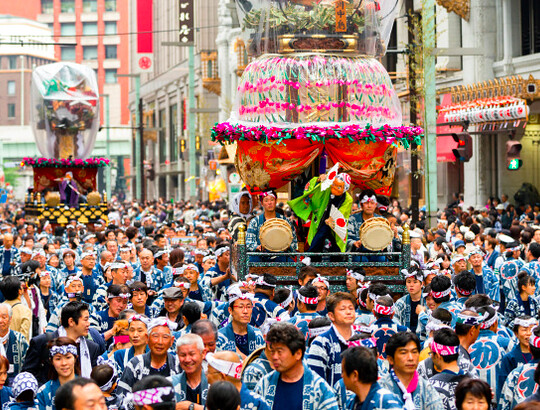 Kanda Festival is one of the three largest festivals in Japan and takes place in May in odd numbered years at Kanda Myojin Shrine that has a long history of 1,300 years. 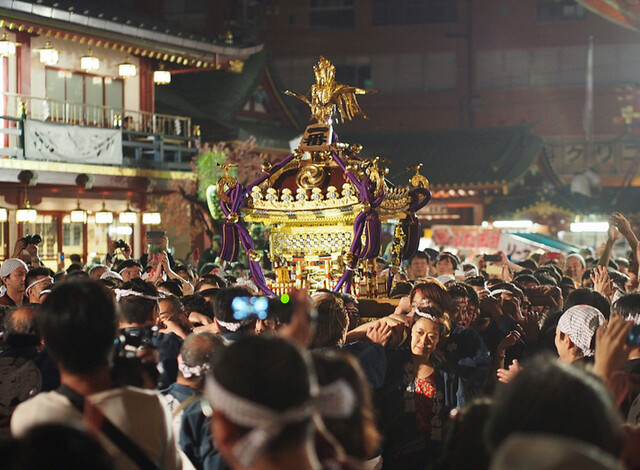 In the parade, about over 100 portable shrines called mikoshi decorated with golden phoenixes are carried. It is worth seeing the energy of Japanese mikoshi parades. Many people participate, resulting in over 10 hours of parade such as floats, dancers and musicians. 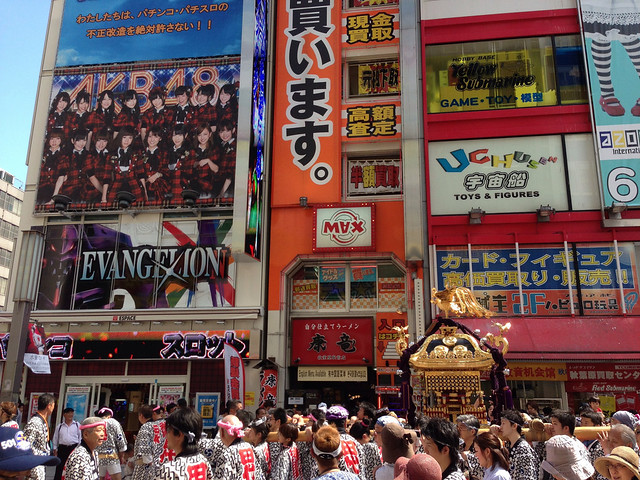 Also it is very unique to see the contrast of Japanese traditional Mikoshi and Electric Town in Akihabara. 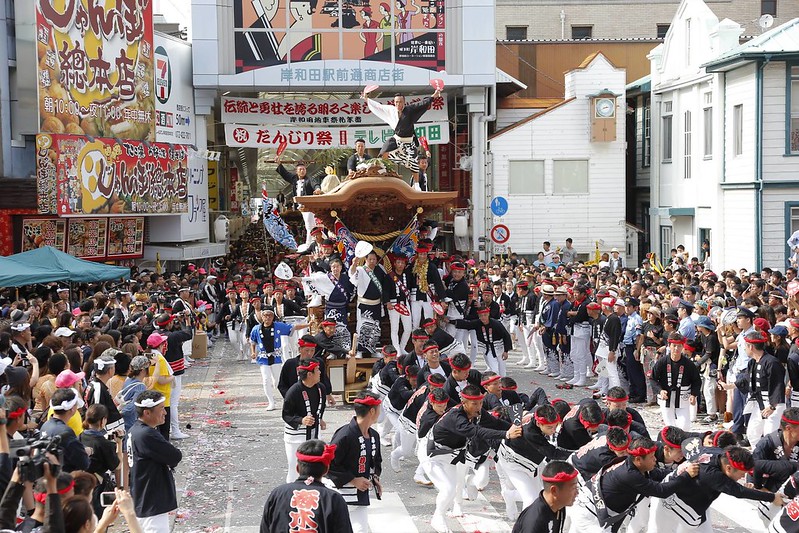 Kishiwada Danjiri Festival is one f the most thrilling festivals in Japan and famous for its dangerous performance. 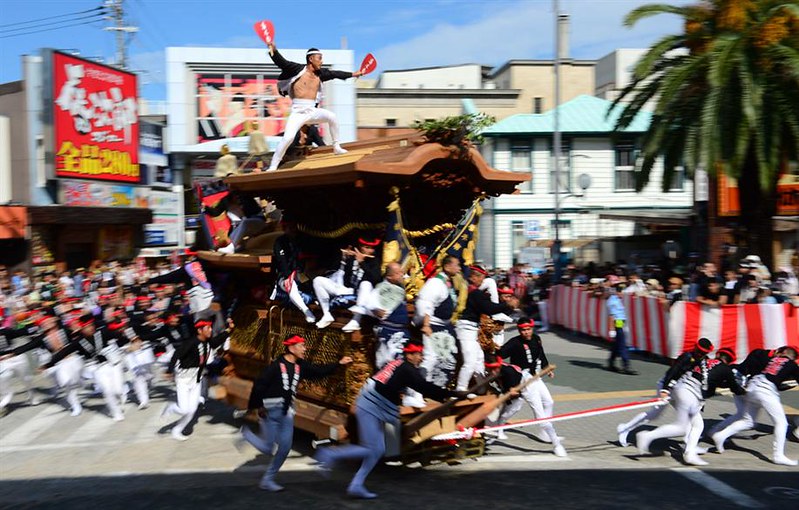 Neighborhood guilds accelerate their massive wooden floats called “Danjiri” to breakneck speeds and race down throughout the streets and turn at corners, keeping the speed. During that, guild-leaders inspires the members, hopping and dancing on top of the floats. 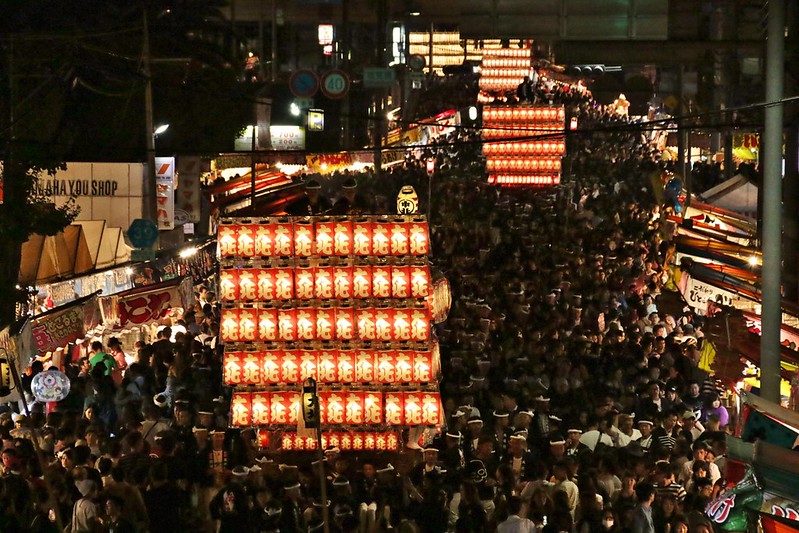 Some of the floats are so large that they are pulled by up to 500 team members. The festival shows their strength, courage, endurance and bond together as one team. 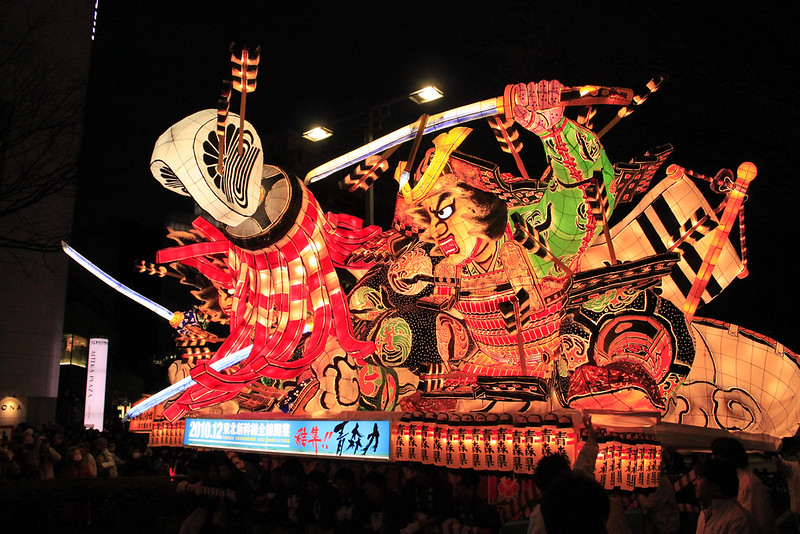 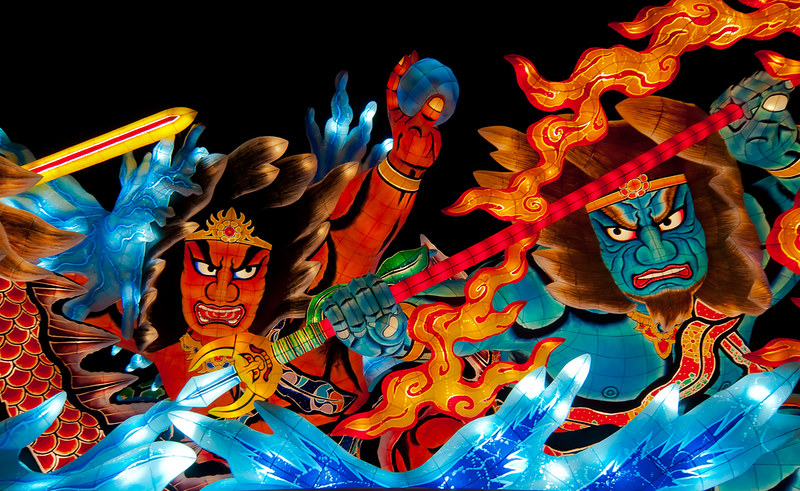 Aomori Nebuta Festival takes place every year from August 2 to 7 in Aomori and more than 3 million visitors gather for this passionate festival. The parade of over 20 enormous floats depicted gods, kabuki actors, warrior soldiers is held through the center of Aomori. This festival was designated an Important Intangible Folk Cultural Property in 1980. 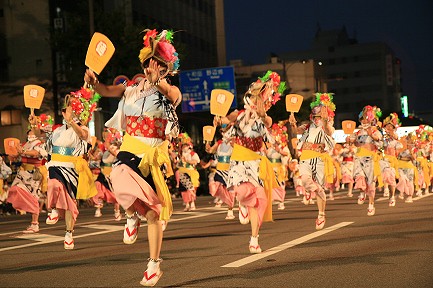 Each float is accompanied by drummers, flutist as well as hundreds of dancers called haneto, chanting “Rassera, Rassera”. Tourist can join as haneto too. Please join and have a experience this breathtaking festival ! 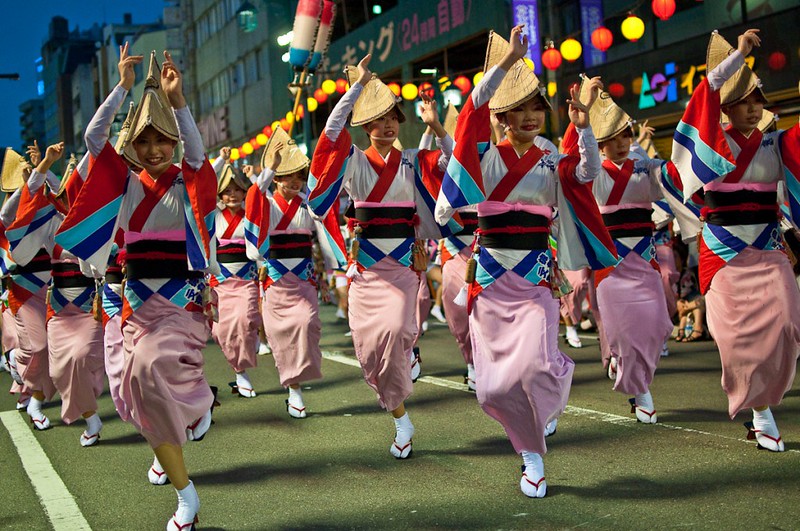 Awa Odori is one of the most famous Japanese traditional dance festivals. It started in Tokushima about 400 years ago. The group of dancers is called “ren” and more than 1000 “ren” join dancing during the festival. The women dance is fascinating and elegant. 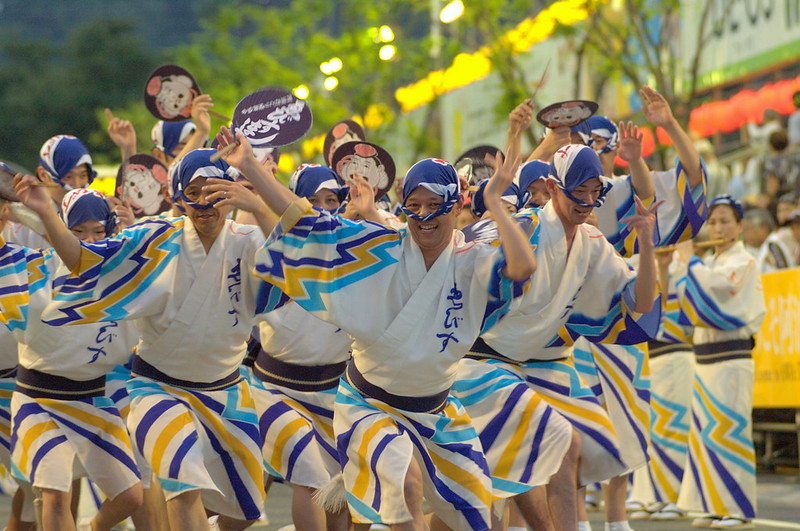 The men dance is dynamic and energetic. 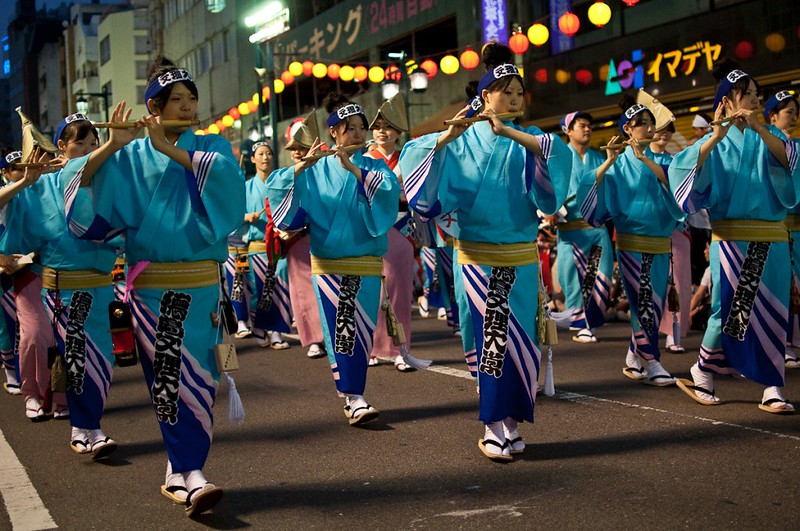 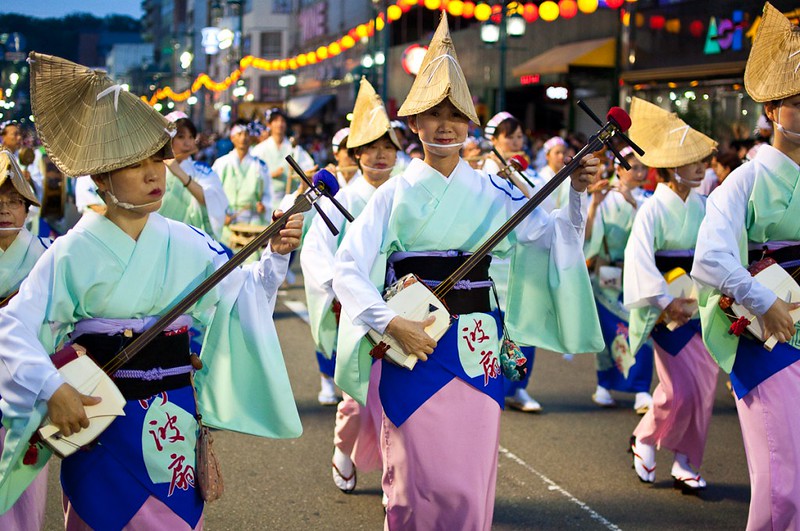 They are accompanied by the shamisen, drums, flutse and bells. The chanting is very unique

“It’s a fool who dances and a fool who watches! If both are fools, you might as well have fun dancing !”. 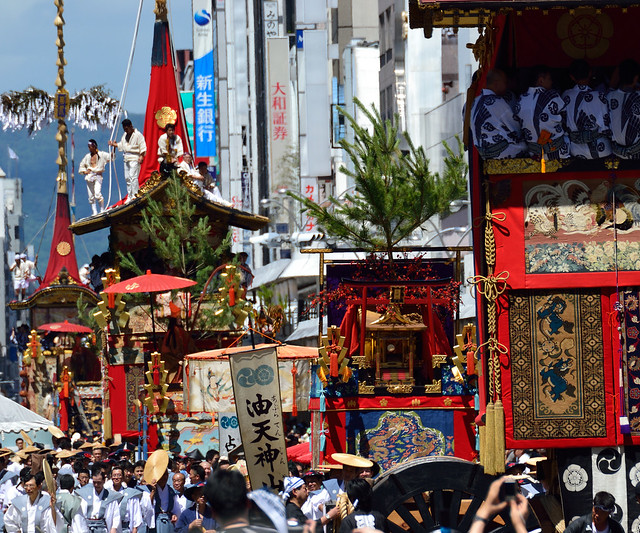 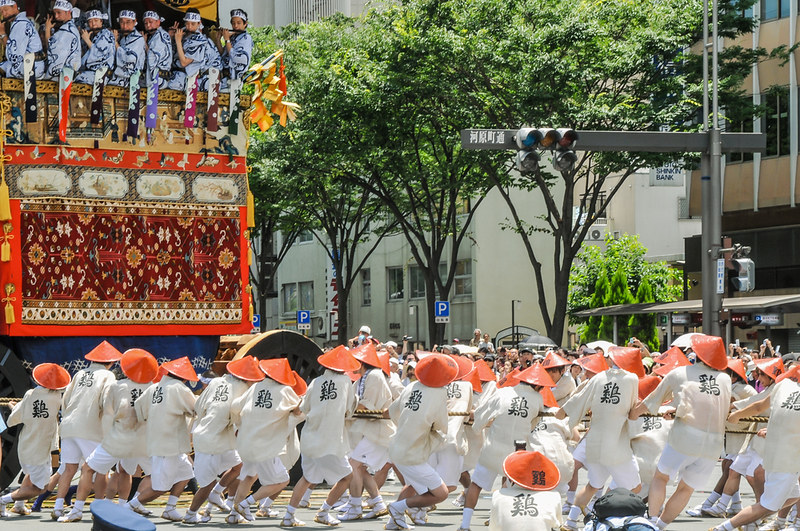 Gion Festival is a festival of Yasaka Shrine in Kyoto. It has a long history of 1,000 years and one of the most famous festivals in Japan. The festival takes place during the entire month of July and there are many events. 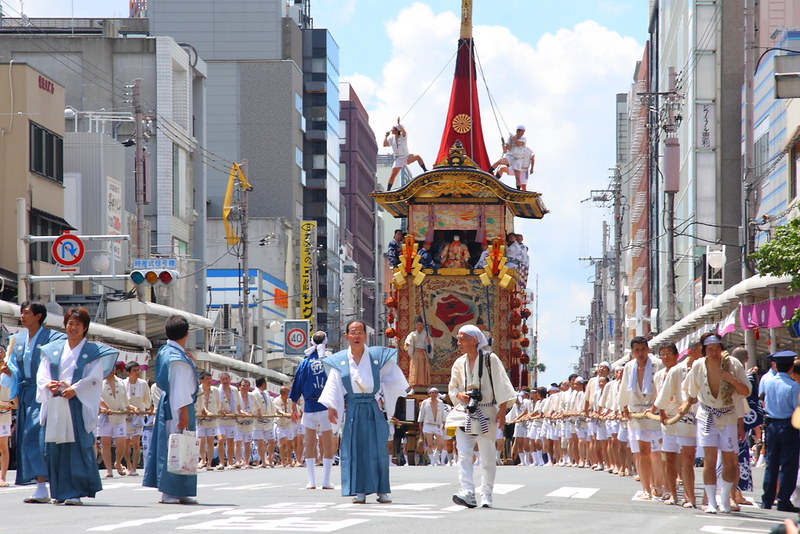 Especially the procession of floats called Yamaboko is spectacular. There are 2 types of floats and one is usually about 25 meters tall, 12 tons weight and has big wheels. When it turns around the corners, it requires an incredible feat, special teamwork. It exercises old style Japanese ingenuity.

The Comparison of Transportation Far...