July 7th is Tanabata (The Star Festival in Japan). Write your wishes and hopes on the oblong card and tie those to the bamboo leaf! Look up to the sky of many stars and eager for your success of your dreams. 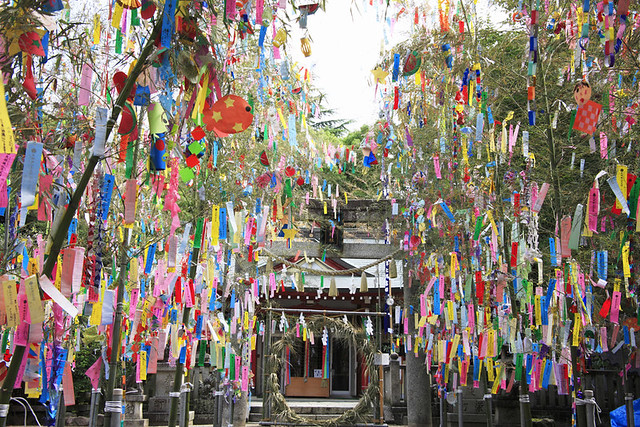 Tanabata (Japanese:七夕) is a star festival and is celebrated on July 7th in Japan. Especially, the families who has small children, writes their wishes and hopes such as “want to score 100 on the test” “want to be a princess” “want to enter the school of one’s choice” and so on, to the five colored oblong cards and tie them to the bamboo leaf. Tanabata is origin to the story about the beautiful weaver princess Orihime (Vegar) and the young cattle herder Hikoboshi (Altair).

THE LEGEND STORY – ORIHIME AND HIKOBOSHI 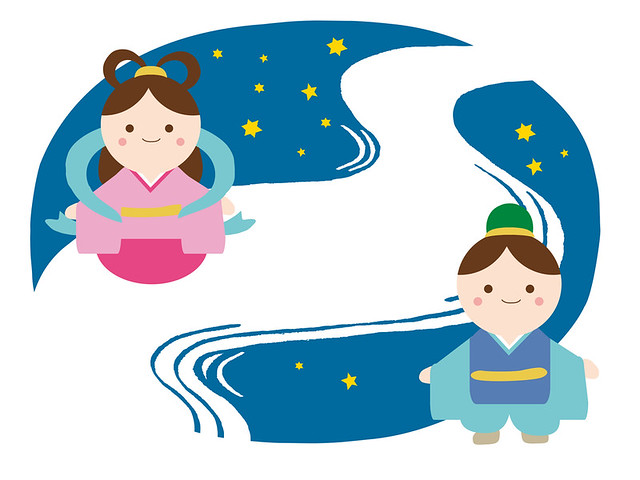 God of the heaven has a daughter, named the Orihime who had a job in making kimonos for God. One day, God was looking for her husband and decided to introduce her to Hikoboshi who was working very hard to raise cows. Two of them met each other and felt in love and soon married and was living happy. After that, they spent all day with each other because they get along too well. They did not work well, so people did not have enough kimonos and cows died because of disease. God of heaven got mad and separate them to the East and West of the milky way. He allowed them to meet only once a year in the night of July 7th. Look at sky on July 7th, give celebration to them, your wishes will come true!

WHAT TO EAT ON TANABATA? 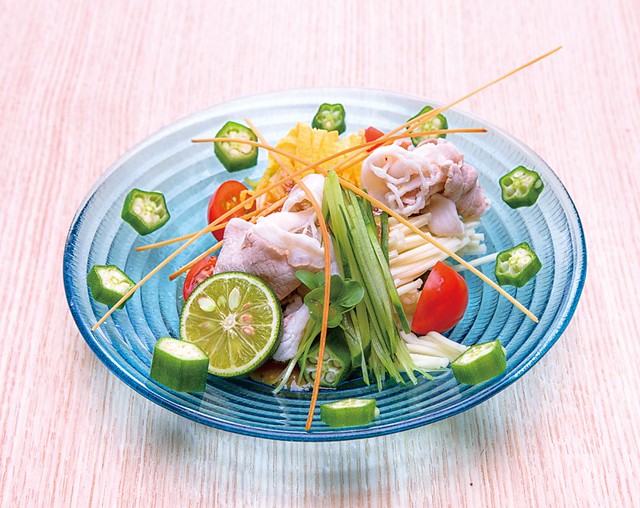 It is very rare to hear, but we eat thin wheat noodles (Japanese:そうめん Somen) on Tanabata. The legend of this habit is very old. Somen’s model was already eaten in the Heian Period (794-1194) according to the record. The model is called Sakubei, which was the sweet from China. Sakubei is made by kneading flour and rice power and shape it into the rope. Then, it is said that eating Somen, which looks like Sakubei, and feel the coming of summer!

ARE THERE ANY UNIQUE TANABATA FESTIVALS? 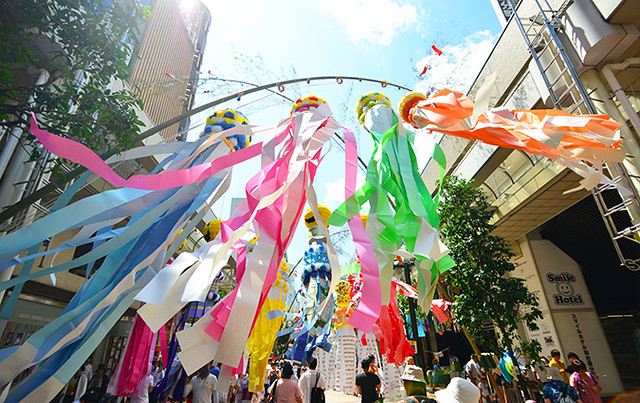 Are there any unique Tanabata Festivals? Of course, there is one! In Sendai city, Miyagi prefecture, August 6 to August 8 of every year, they hold a Tanabata Festival which is very famous. The decoration of the festival is gorgeous using a lot of washi (Japanese:和紙) and bamboos. The people who participated in the festival can enjoy the sounds of washi and bamboos rubbing each other. Going under decorative ball is a wonderful experience that you cannot forget for ever!

3 Reasons Why Kyoto Is Your Must-Vis...