Fujiko Fujio (藤子不二雄 Fujiko Fujio) was a nom de plume of a manga writing duo formed by two Japanese manga artists. Their real names are Hiroshi Fujimoto (藤本 弘 Fujimoto Hiroshi, 1933–1996) and Motoo Abiko (安孫子 素雄 Abiko Motoo, 1934–). They formed their partnership in 1951, and used the Fujiko Fujio name from 1954 until dissolution of the partnership in 1987. From the outset they adopted a collaborative style where both worked simultaneously on the story and artwork, but as they diverged creatively they started releasing individual works under different names, Abiko as Fujiko Fujio A (藤子不二雄Ⓐ Fujiko Fujio Ē), and Fujimoto as Fujiko F. Fujio (藤子・F・不二雄 Fujiko Efu Fujio). Throughout their career they won many individual and collaborative awards, and are best known for creating the popular and long-running series Doraemon, the main character of which is officially recognized as a cultural icon of modern Japan. Some influences of most of their projects are the works of acclaimed manga artist Osamu Tezuka and many US cartoons and comic books.

It’s no surprise that Japan is home to some of the most famous characters, beloved by generations of children who grew up with them. From manga comics to feature length films, Doraemon, the blue robot cat from the future, is just one of the many loved characters created by the manga duo Fujiko Fujio.

Opened in 2011, the Fujiko F. Fujio Museum in Kawasaki is home to original pieces drawn by Fujimoto. You really are able to feel the affection and passion he had for creating a legacy which many people of all ages will appreciate.

Upon entering the museum, visitors can pick up audio guides, which are available in English, Japanese, Korean and Chinese. These are used for the first floor of the museum, where you can select a number which is displayed next to an exhibit to hear information on that piece. This floor is where you can view personal items and materials Fujimoto used to create his manga, along with original watercolor paintings. The lighting has been adjusted accordingly to preserve the drawings, and photographs are not allowed in this area of the museum. One area on this level where photos are permitted is the Woodcutter’s Spring, located on the balcony between the first and second floors. This is where you can meet Gian, a sometimes-friend to Nobita and Doraemon. 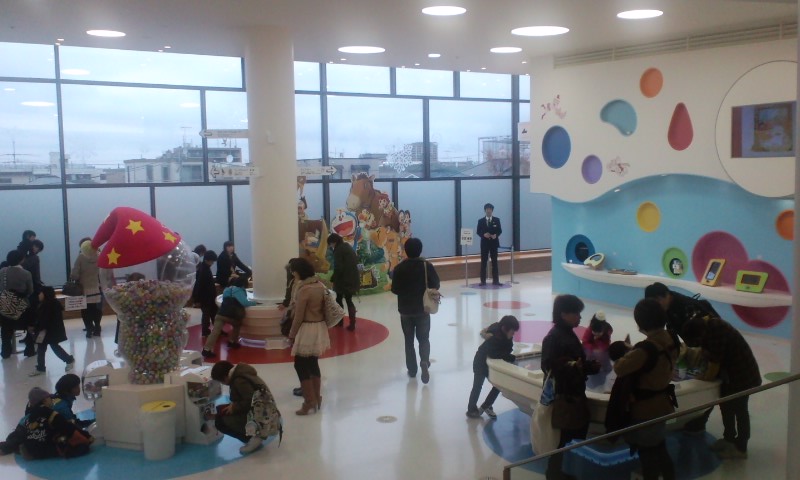 The second floor holds many more wonderful exhibits to enhance your experience with Doraemon and friends. Take the Manga Corner for example, where many volumes of the comics can be enjoyed (while Doraemon enjoys some of his favorite dorayaki snacks).

There is also the Fujiko F. Fujio Theatre, where short, original movies that can’t be viewed anywhere else are shown every twenty minutes. Be sure to take home some prizes from one of the two large gachapon machines (vending machines that dispense toys held inside plastic capsules) shaped as Doraemon and his sister, Dorami. 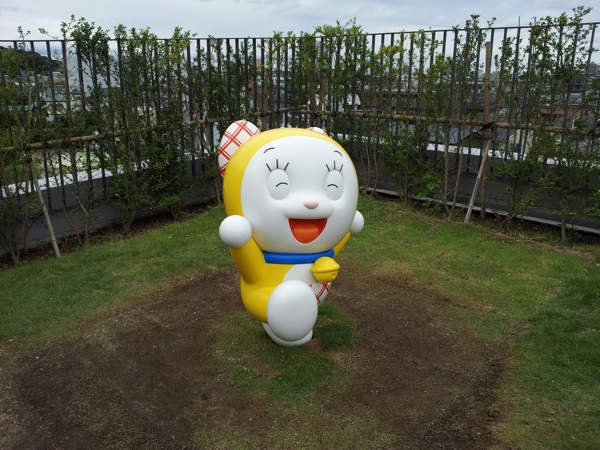 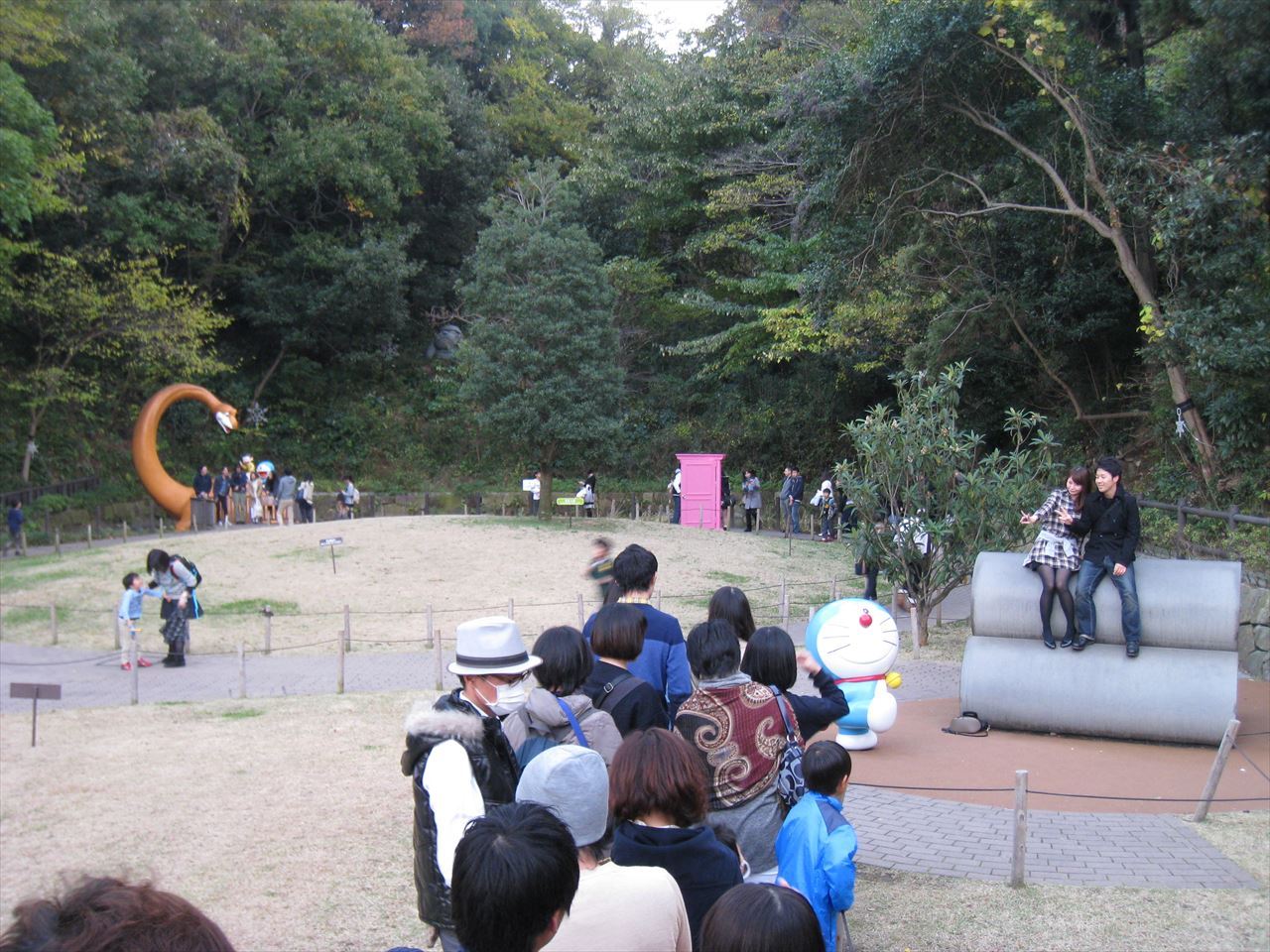 One area that you can’t afford to miss is the Museum Cafe and Gift Corner Fujikoya on the museum’s third floor. The Gift Corner offers specialty goods which aren’t available in the main gift shop on the first floor, including original dorayaki, which are Japanese sponge cakes filled with sweet azuki bean paste—Doraemon’s absolute favorite treat. You can also purchase sweet rusks resembling one of Doraemon’s most interesting tools to help Nobi, the anki-pan. The cafe was a personal highlight for me, as I love how creatively put together the meals, desserts and drinks are. 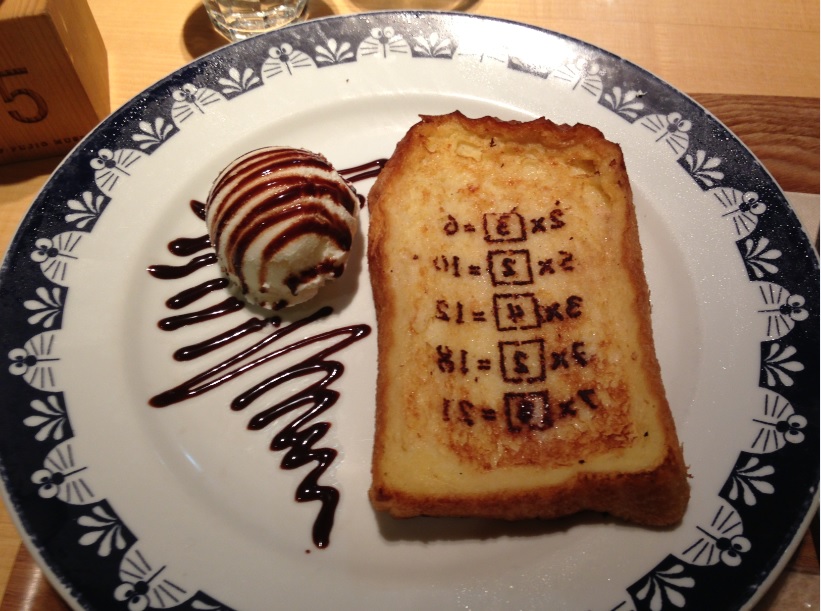 The Fujiko F. Fujio Museum is open everyday except Tuesdays and National Holidays. Reserved tickets are required, as the museum has four entry times a day so guests can enjoy everything without being rushed. These times are 10 a.m., 12 p.m., 2 p.m. and 4 p.m. Tickets can be purchased from Lawson convenience stores.