What is your favorite snack? I guess you are interested in what kinds of snack are popular in Japan. Let me introduce 6 Japan’s long seller snacks you should try.

What is your favorite snack food? You might love M&M’s chocolate, Lay’s potato chips, Twinkies, Ritz, Cheetos, etc.. I guess you are interested in what kinds of snack are popular in Japan. This time, let me introduce several long seller items of Japanese snack. Among them, I’m sure you can find a snack which fits perfectly on your taste. 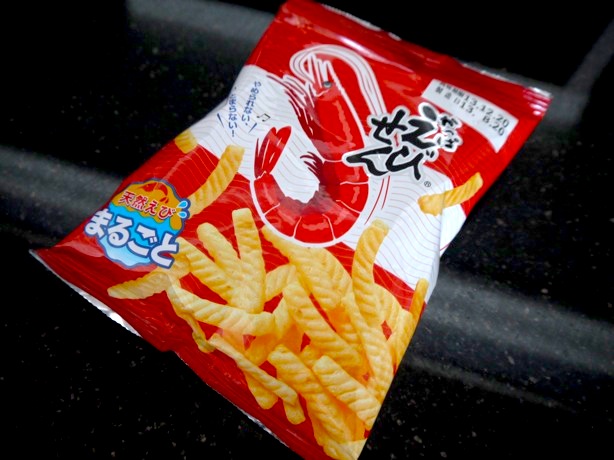 “Ebisen” means shrimp cracker. Kappa Ebisen is produced by Calbee. As the name indicates, this snack has shrimp flavor but the main ingredients is flour. The sales of this snack started in 1964, so it has more than half century history. The TV commercial catch is “Once you start eating Kappa Ebisen, you can never stop!”. Try the Kappa Ebisen, and you will understand the catch is right. 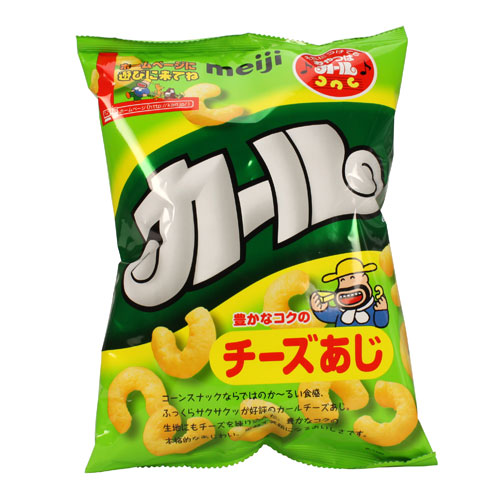 The correct pronunciation of this snack is “Kāru”. Curl is produced by Meiji. This is another long seller Japanese snack and it was started selling in 1968. It is basically curly shaped very light corn puff and the flavor is so good. You can choose from the three main flavors, Cheese, Curry or Japanese Soup Stock. The most popular flavor is Cheese. 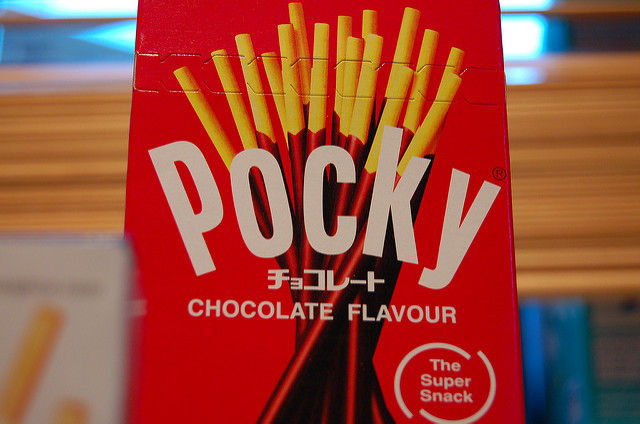 If you like chocolate snacks, you must try Pocky!! Pocky was first sold in 1966 and still very popular snack food in Japan. Thin stick type biscuit is coated with chocolate. There are many variations for Pocky. My favorite is strawberry chocolate one. Pocky is very popular in Europe also, but sold as “Mikado”, which means the Emperor of Japan. 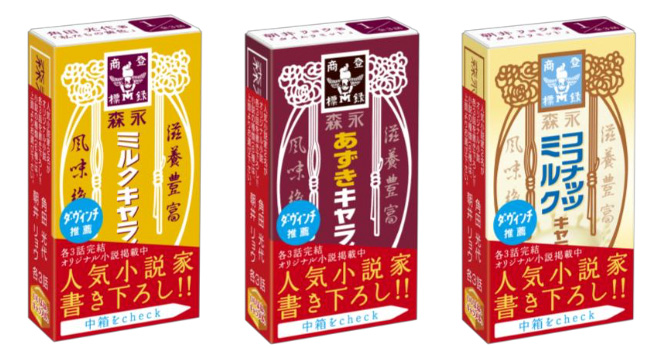 The original product of Morinaga Milk Caramel was first sold in 1897! It still has lots of fans and you can find it in almost all Japanese supermarkets and convenience stores. It comes in a yellow matchbox type package which is in antique design and shows the long history of this snack. 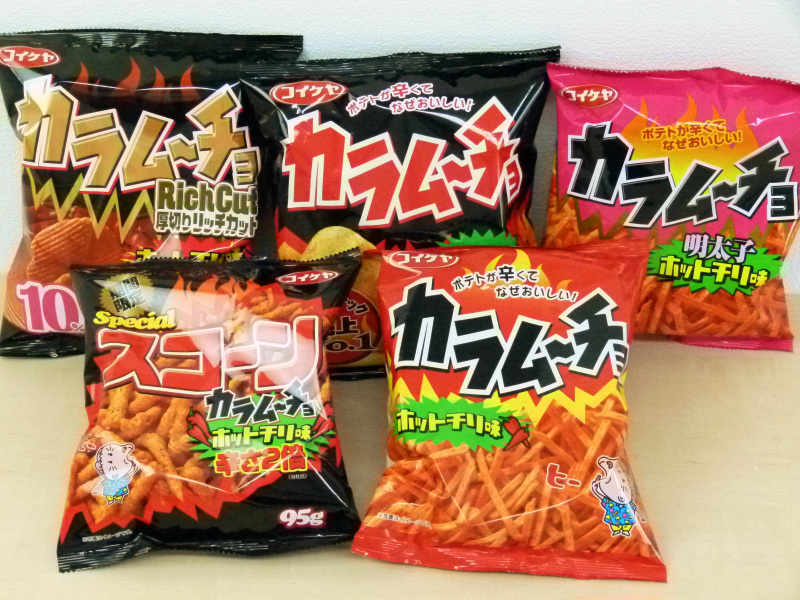 Kara Mucho is produced by Koikeya and was first sold in 1984. If you like hot & spicy snack food, this is the best choice. Kara Mucho is known as the first snack food in Japan which features “hot & spicy”. The old lady on the bag is screaming “Heeee!” since Kara Mucho is so hot. There are two types of Kara Mucho. One is stick type which is original, and the other is regular potato chips type. Several flavor variations are available. If you need extra hot, try the hot chili flavor. You must scream “Heeee!” As you can imagine, it matches with cold beer perfectly. 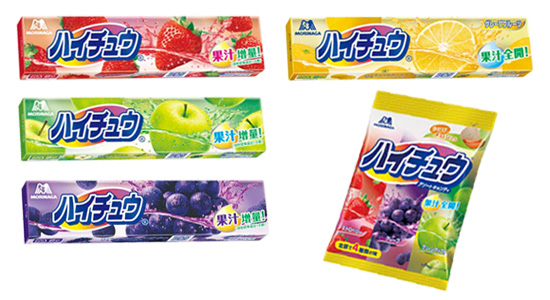 Hi-Chew is soft candy type snack produced by Morinaga which also produces Morinaga Milk Caramel. The sales was started in 1975. The original idea of developing Hi-Chew is to make edible chewing gum. As the name implies, Hi-Chew is very chewy. According to Morinaga, more than 165 different kinds of Hi-Chew has been produced since 1975. Every time I visit the U.S., my American friends begs me Hi-Chew for Japanese souvenir.