Noh (能 Nō), or Nogaku (能楽 Nōgaku) — derived from the Sino-Japanese word for “skill” or “talent”—is a major form of classical Japanese musical drama that has been performed since the 14th century from the Oe Noh troupe (大江能楽堂). Developed by Kan’ami and his son Zeami, it is the oldest major theatre art still regularly performed today. Traditionally, a Noh program includes five Noh plays with comedic kyōgen plays in between; an abbreviated program of two Noh plays and one kyōgen piece has become common in Noh presentations today. An okina (翁) play may be presented in the very beginning especially during New Years, holidays, and other special occasions.

Noh is often based on tales from traditional literature with a supernatural being transformed into human form as a hero narrating a story. Noh integrates masks, costumes and various props in a dance-based performance, requiring highly trained actors and musicians. Emotions are primarily conveyed by stylized conventional gestures while the iconic masks represent the roles such as ghosts, women, children, and old people. Written in ancient Japanese language, the text “vividly describes the ordinary people of the twelfth to sixteenth centuries”. Having a b emphasis on tradition rather than innovation, Noh is extremely codified and regulated by the iemoto system.

The best way to visually describe Noh’s distinct performing style would be in contrast to Kabuki Theater’s use of extravagant stage makeup. Aside from the intertwining of piercing musical instruments with an expressive low-pitched voice, Noh performances bring characters to life and captivate the audience’s attention through their use of striking masks (noh-men). While both exemplify popular archetypes of traditional Japanese theater, their performance aesthetic has been critiqued as the difference between high and low entertainment—with Noh being revered as the drama of “high art” largely in part to its many patrons from the samurai class starting in the 14th century.

However, the true origin of this masked dance-drama stems from ceremonial performances offered to temples and shrines on festival days traced back to the Nara Period (710-784). As I reminisce upon the enactment of Atsumori based on “The Tale of the Heike,” which recounts the gruesome beheading of a 16-year-old samurai in battle, I couldn’t think of a better staging for this Greek-like-tragedy than inside the blood-soaked ceiling quarters of the Hosen-in Temple. These ceiling boards were once floor boards within the Fushimi Castle and still bear traces of blood from over hundreds of samurai who either lost their lives in battle or by their own hands (seppuku) after their defeat in 1600. 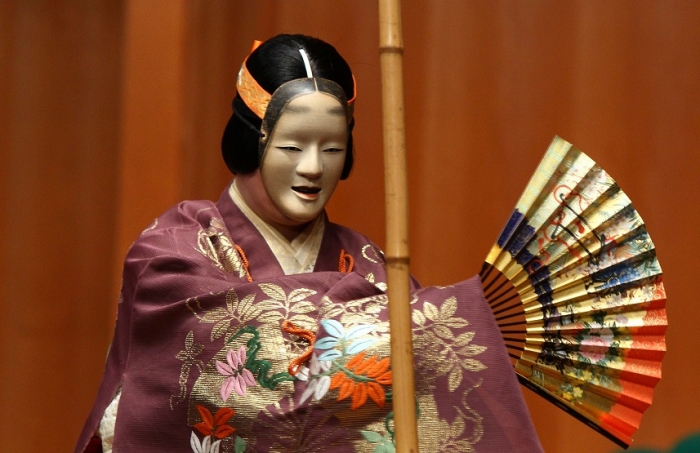 The real-life imagery of the blood soaked footprints juxtaposed with the re-enactment of the fictional death and reincarnation of Atsumori from the spirit world confronting his slayer. Furthermore, the Noh actor impersonating the slain warrior appeared to be almost possessed by the ghostly-white mask and corresponding costume—composed of a striking-red under robe, green cloak, and white hakama (a garment resembling pants)—reminiscent of the heyday of the Heiki leaders. The “exorcism” of the character’s emotions—ranging from rage, revenge, to regret—was performed through the highly choreographed dance moves that appeared to channel not only Atsumori’s tortured heart, but also the spirits of the fallen warriors who have been immortalized within the ceiling of Hosen-in Temple’s main hall.

While Noh’s popularity peaked in the 14th century, people in postmodern Japan continue to revere this rich artistic expression that resembles the highbrow culture of Western opera yet maintains an underlying theme of Buddhism. Of course, similar to the Greek stage and the theater of Shakespeare, Noh can also be seen as too abstract or incomprehensible—myself included, that is, before experiencing nohgaku first-handedly. Despite the many masks and elaborate costumes, beyond the powerful movement, chants, and drum calls, it became clear that the play drew inspiration from something as natural as human emotion—a kidoairaku (喜怒哀楽) or pathos of “joy-anger-sorrow-pleasure” that lies behind the mask and within the human psyche.

So, in summary, I give to you the ABC’s to knowing about the world of Noh:

A) The Mask: The unmistakable trademark of Noh, the masks, known as either noh-men (能面) or omote (面), are used to enact 5 genres of Nohgaku—a kami (a god), a warrior, a woman, an insane woman, and an oni (a devil). It is with the tilt of the head and the changing of postures that awaken the immovable lines of the mask and allow for various expressions to be portrayed.

B) The Costume: The elaborate costumes called shozoku (装束) are more along the lines of “masterful creations” depicting colorful patterns and repeated motifs either delicately woven or embroidered on silk. They are truly works of art in their own right, and the marveling combination of the mask with the robes will leave you speechless in your seat.

C) The Music: The Noh “orchestra,” or hayashi (囃子), is composed of four musicians—one flute player and three percussionists. The flute possesses a piercing sound that ceases to fade out against the intense pounding of three different drums. The musical ensemble is complete with singers known as utai (謡) who are in charge of the Noh chorus—a singing style based upon Buddhist chanting. 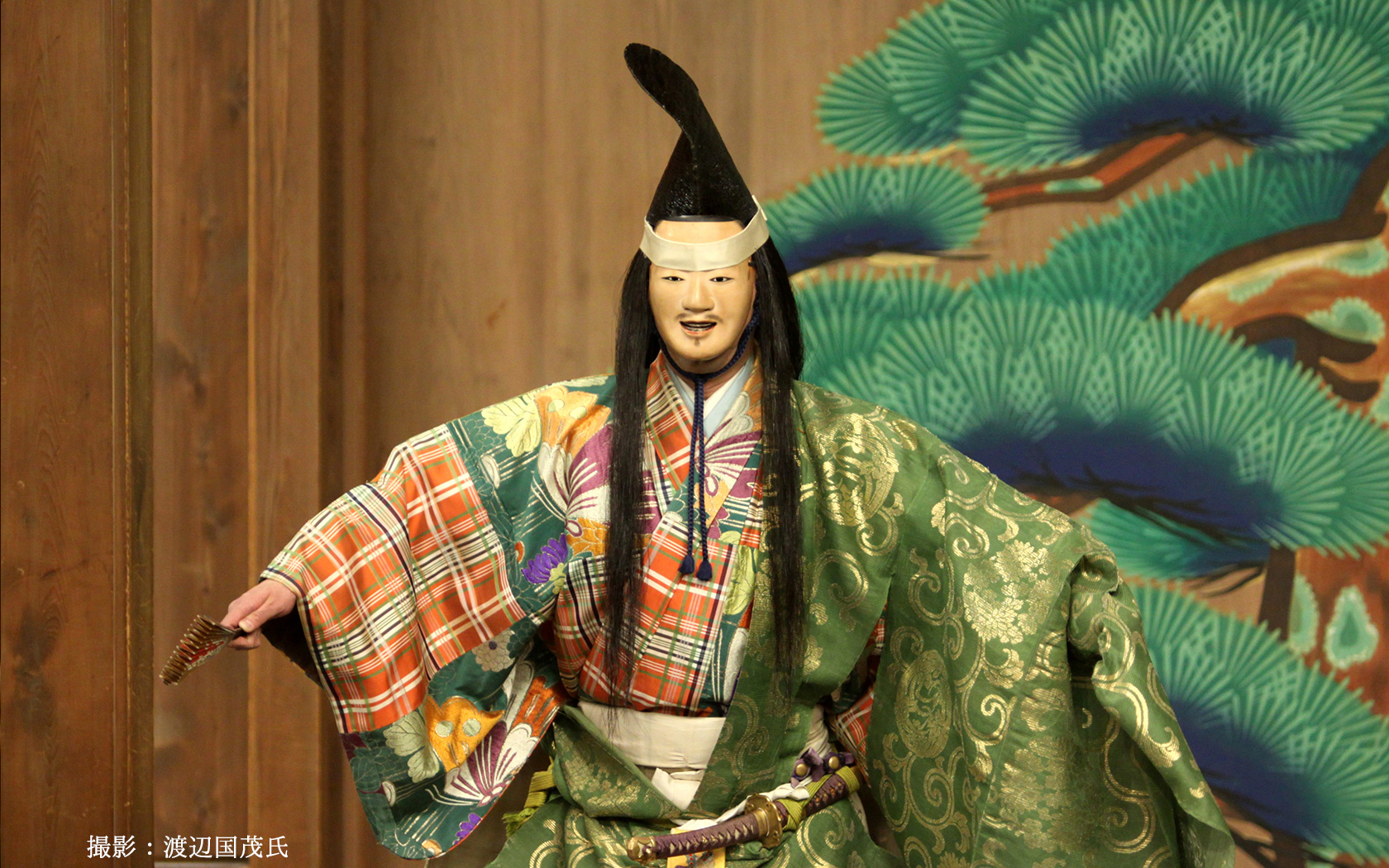 Hakata Dontaku Festival : One of The...

Loft : One Of The Popular Sopping Sp...