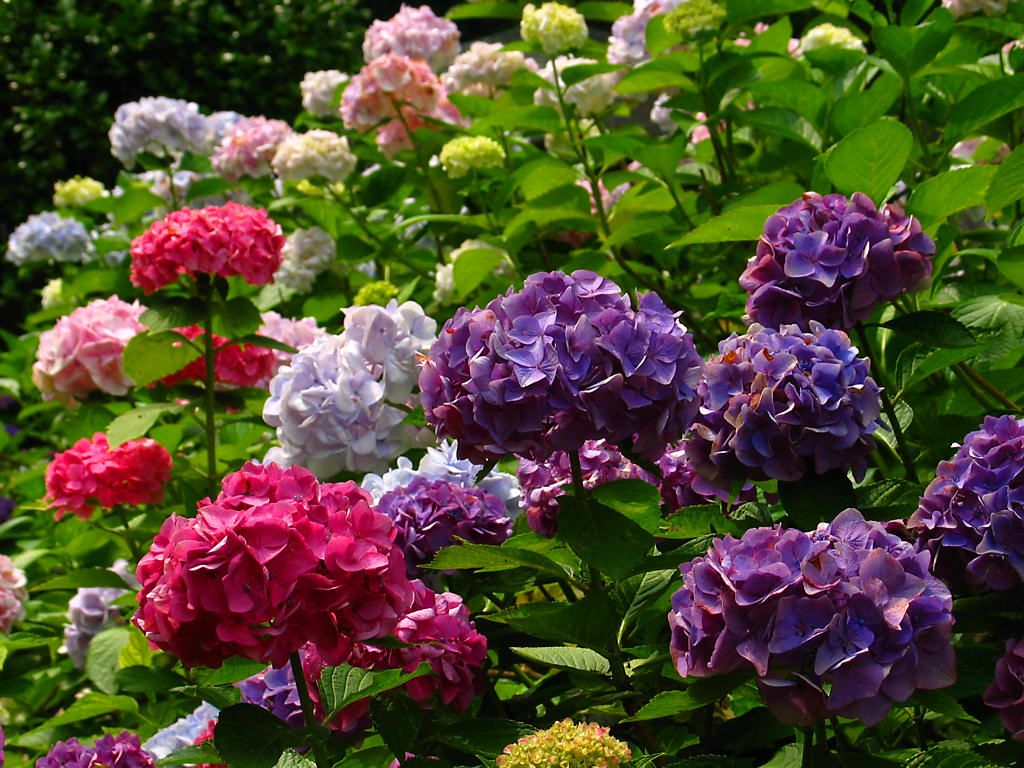 As the cold winter breeze recedes into the southern hemisphere, spring breathes new life into gorgeous sakura, or cherry blossoms, that invites us to the warmth of a new season. The sight of a carefully unfolded bud paints a quintessentially Japanese image. The four pink pedals of the delicate flower has become a rather universal symbol of Japan, but did you know there is an equally beautiful flower that tells the breath of the next season? 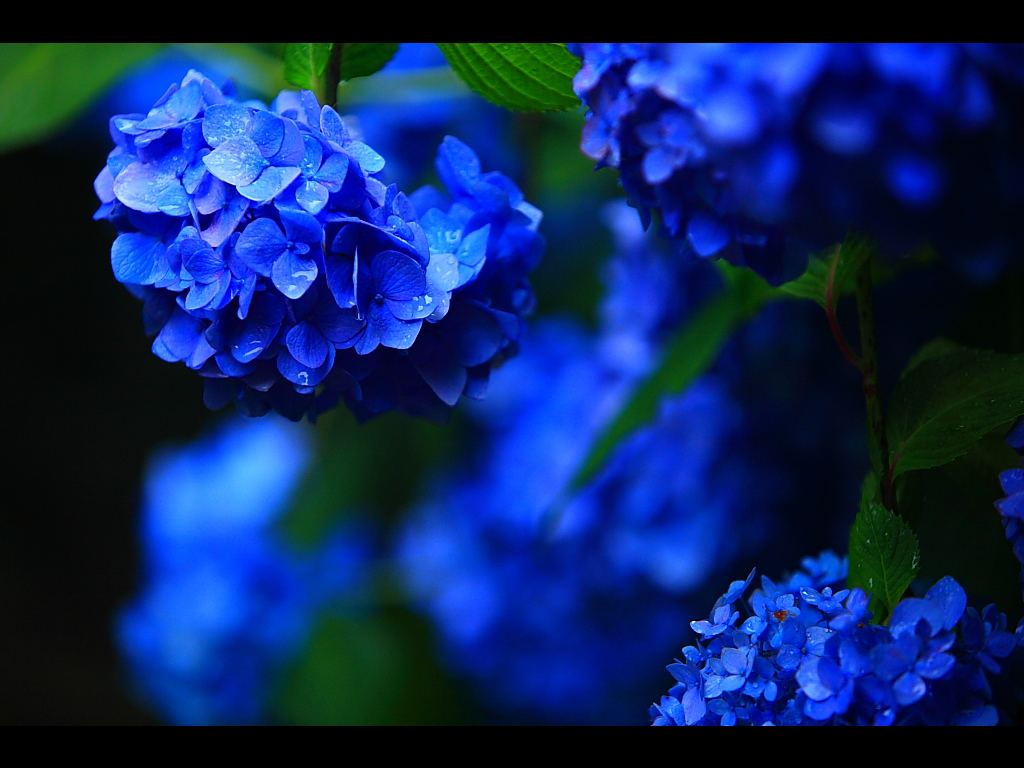 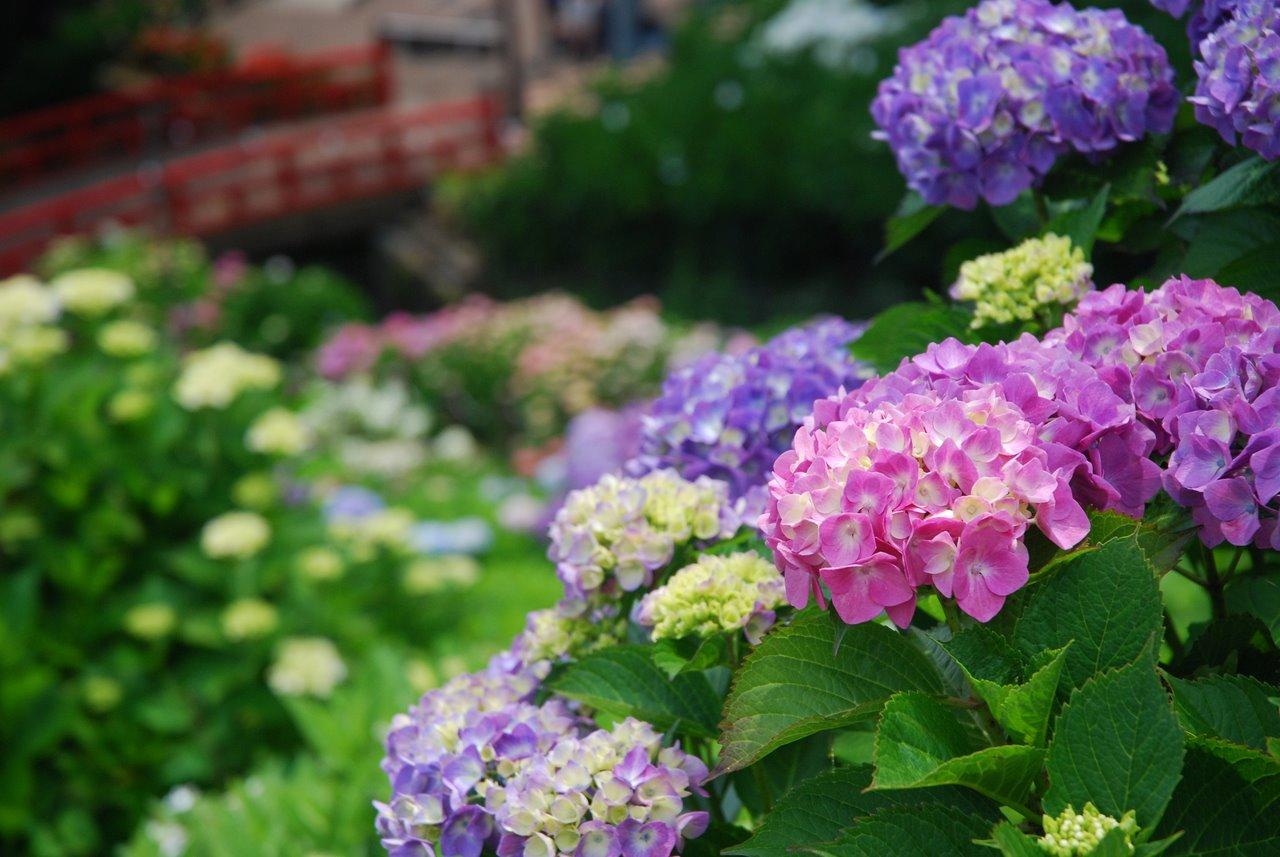 June typically marks a period of sustained rain know as tsuyu, and while few people look forward to the gloomy, humid weather, a gorgeous flower ajisai (hydrangea) makes its grand appearance as the rain clears up. Just like sakura, the blossoming of ajisai is very much interwoven into the cultural and seasonal fabric of Japan. The Ajisai Festival that takes place in Tokyo may not be that well-known, but it is a memorable experience and its colorful flowers shed light to the subtly beautiful changing of seasons. 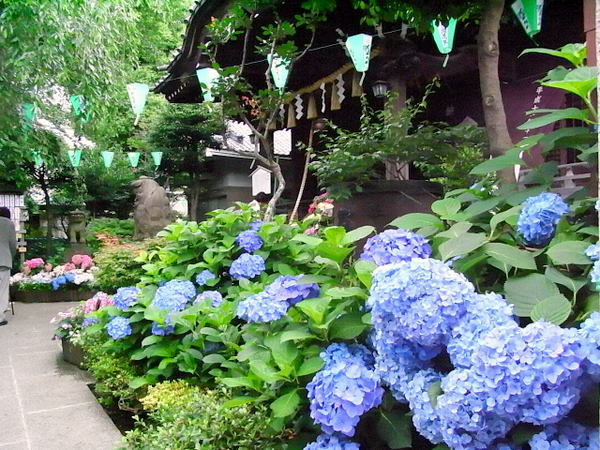 The event takes place at a local Hakusan Shrine in Bunkyo-ku, Tokyo. Just a few minutes from the Tokyo Metro Hakusan Station, the shrine is nestled in a quiet shrubbery that becomes lit up with shades of purples, blues, and even some yellow as seasonal flowers radiate their newly breathed life. As the blossoming of ajisai is dictated by the duration of tsuyu, the date of the festival varies somewhat from year to year, so before you make the trip be sure to visit Bunkyo-ku’s municipal website (in Japanese) for the specific dates. 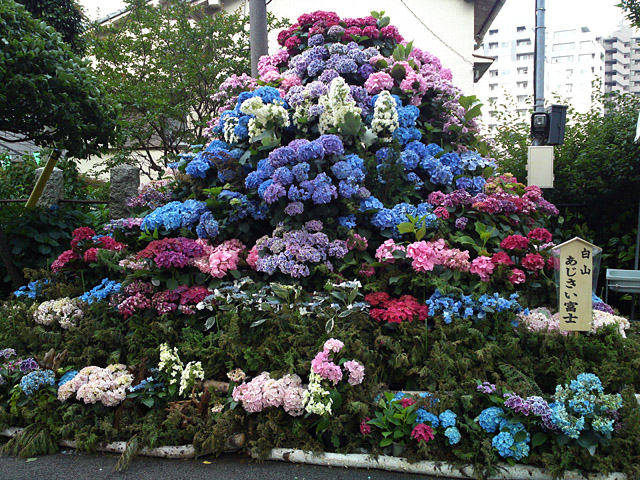 Aside from the beautiful flowers, there is a cultural dimension to the festival that you never get from a guidebook tour location. Such an experience comes from the very nature of the festival, or matsuri, as it is called in Japanese. When agrarian life dominated Japan, a good crop turnout was often celebrated at a shrine to give thanks to the god, and such a celebration was the very origin of matsuri.

The Bunkyo Ajisai Matsuri is certainly no exception. Roadside food carts run by local residents put on a festive air as people stroll around the shrine, marveling at the ajisai as they unfold in various colors. So if you are looking to immerse yourself in a seasonal icon of Japan, while getting firsthand exposure to the cultural tradition, hop on the Tokyo Metro and make your way to the Ajisai Matsuri! 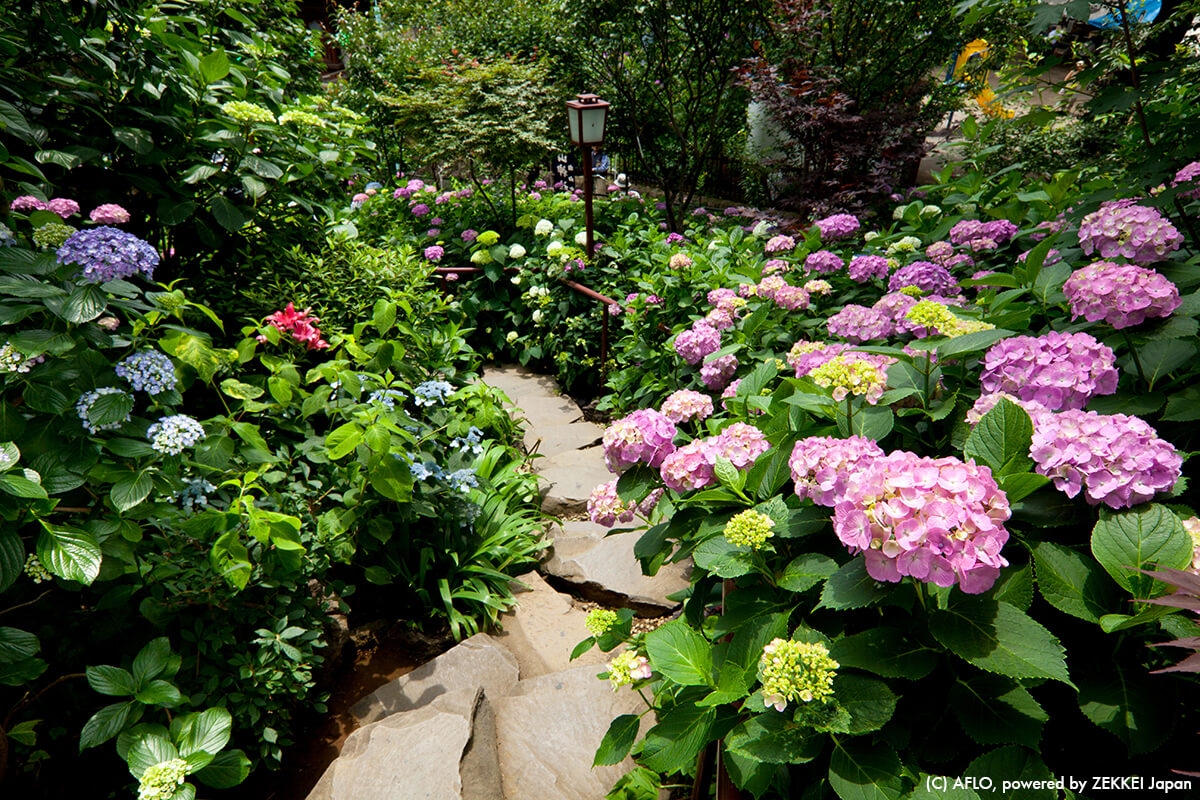