You wouldn’t go there for the smell. At least, that is what I first thought.

The sulphurous, rotten egg smell synonymous with high school science experiments that smothers your face and clothes as soon as you open the door of your car. But don’t let that stop you from planning to go there. In fact, I’ve grown to love the smell. The smell means you are at a natural onsen (hot spring), and that means you are about to indulge in one of Japan’s favourite and ideal forms of leisure. If you are after an authentic experience, I highly recommend Kusatsu onsen in Gunma prefecture, which is always ranked in the top ten among the Japanese. 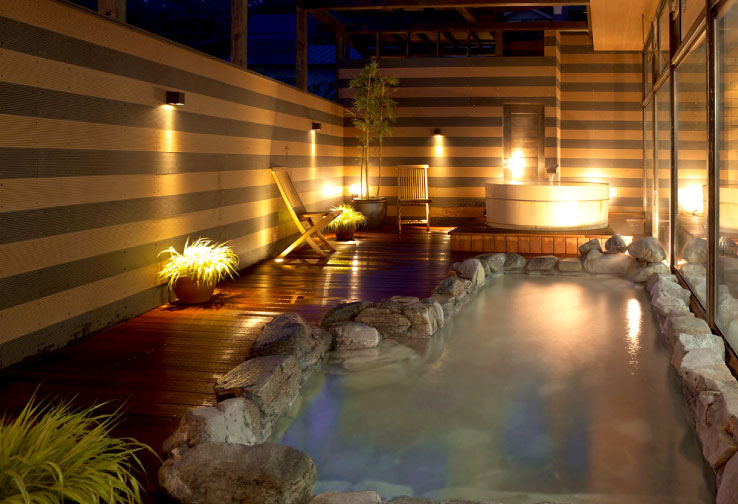 Kusatsu town, at an altitude of 1200 m, is located around 3 hours northwest of Tokyo by train in the northwest region of Gunma prefecture. Gunma has an abundance of beautiful onsen locations, such as Ikaho, Minakami and Manza, but Kusatsu would be the most well known and popular. If traveling by car, it would take around the same length of time, but along with the refreshing qualities of the forests and mountain vistas, you would be treated to a unique “melody road” experience just on the outskirts of Kusatsu. Over a stretch of 175 m, tactile vibrations from the car tyres running over 2,500 grooves in the road release the song “Memories of Summer”. Another impressive fact you would notice if you are travelling in winter is that the road surfaces are relatively devoid of snow. This is due to pipes carrying the natural hot springs water running just under the surface of the roads – an efficient use of heat loss. 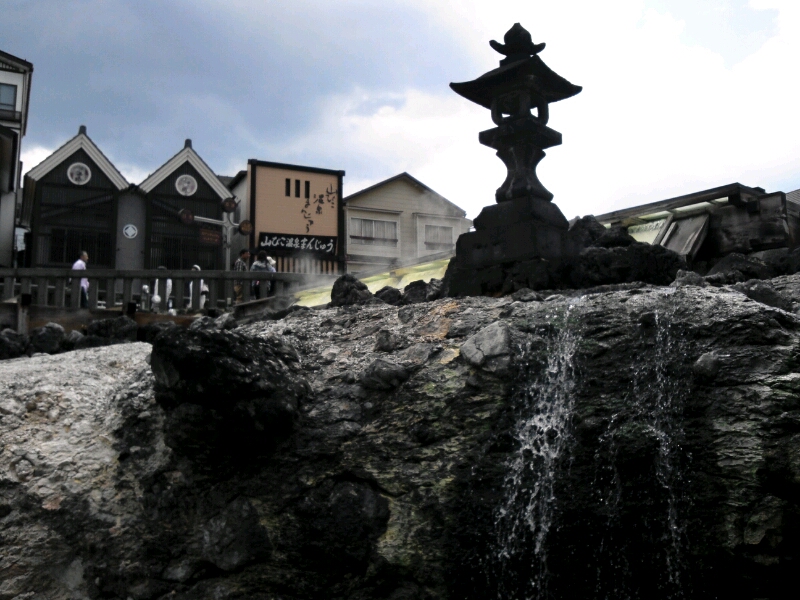 I hold a deep connection to Kusatsu, as this was my first real onsen experience. I had been to a public bathhouse (sento) before, which was also a very relaxing experience, but Kusatsu’s mineral-rich water is naturally heated by the underlying geothermal activity. And it is hot! In fact, that is one of the most appealing aspects. Kusatsu is very well known for the above average temperature of the water (55°C) as it reaches the surface. The landmark in the centre of town and symbol of Kusatsu, is a field of connected wooden chutes, called the yubatake, that cool the hot water down naturally as it is extracted from the ground. 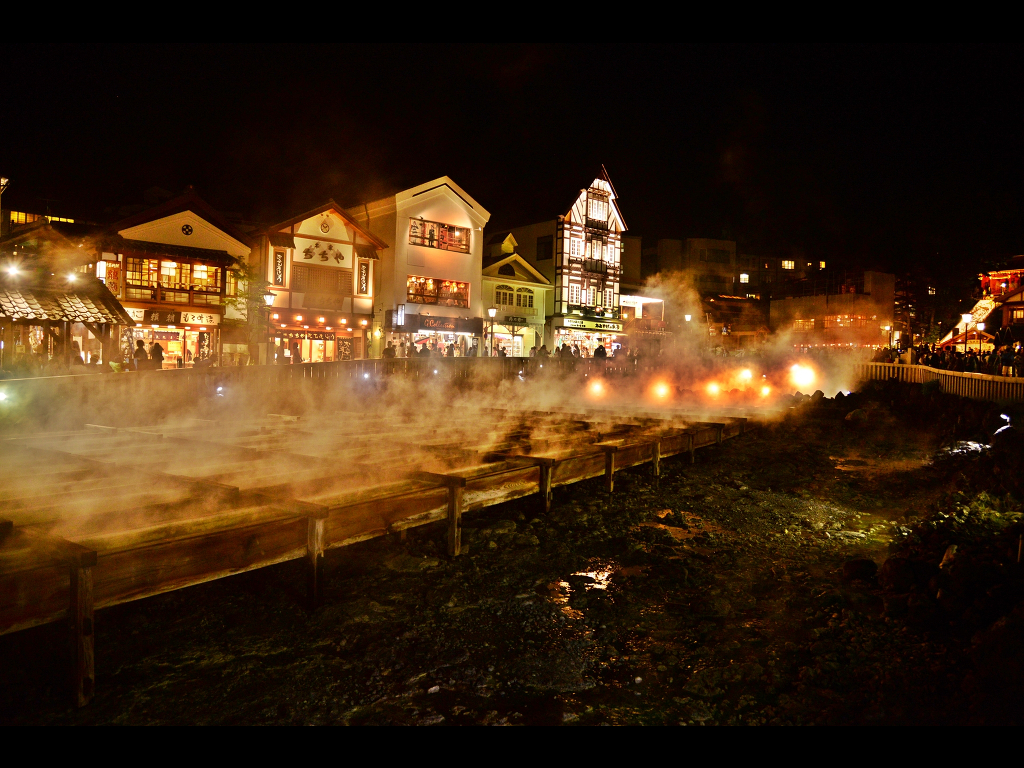 This differs from many other hot springs that simply lower the temperature by adding cooler water. As the cooled (but still very hot) water reaches the end of the chutes and gushes down the little waterfall, it is channelled out to the various ryokan (inns), homes and businesses in the town. It feels mandatory to have a picture taken at this spot with the intense sulphuric odour and billowing clouds of steam as the backdrop. 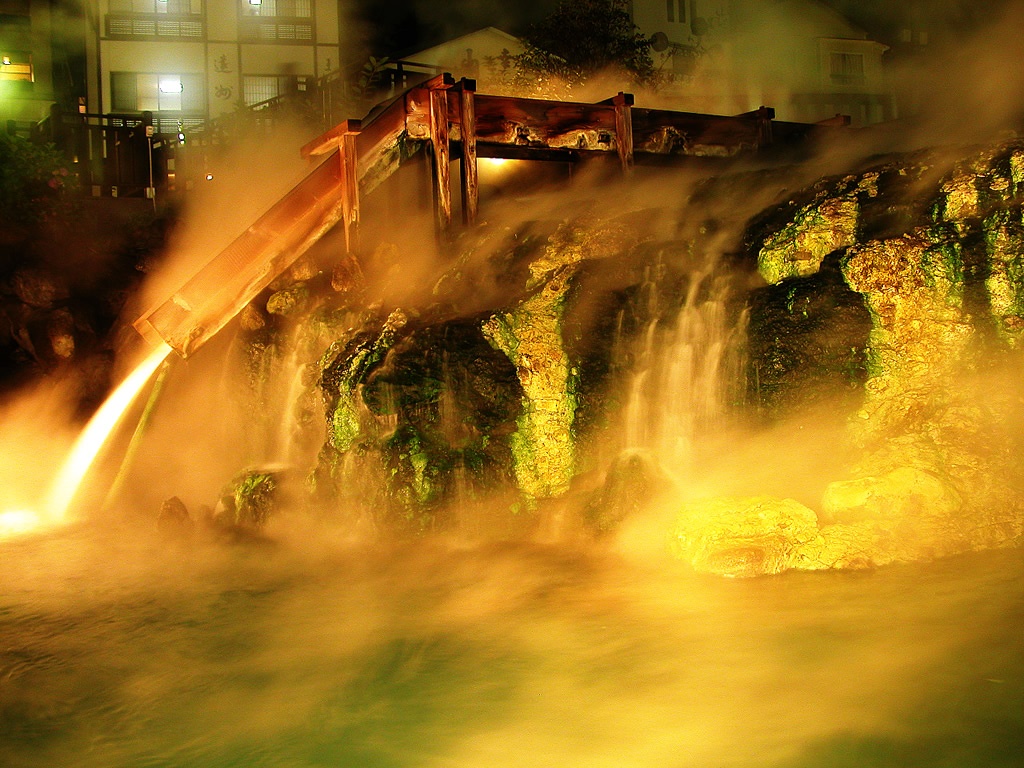 The unique qualities of the mineral rich water have been known for generations. Serious onsen enthusiasts choose their locations based on the ailments that can be remedied by the varying concentrations of elements in the water. This of course can be attributed to the composition of Kusatsu’s water. Various Tokugawa shoguns, including the founder Ieyasu, requested Kusatsu’s water be transported down to Edo (Tokyo) in barrels for their medicinal and pleasurable qualities. Likewise, samurai and daimyo (feudal lords) have often made Kusatsu a necessary stop on their path. Domestically, it has always been held in high regard. A little over a century ago, with the influx of foreign advisors to help build the Meiji government, an influential German physician named Dr Erwin von Baelz described Kusatsu as the “world’s finest spa and health resort”. He was asked to validate the long held claims with research, which was presented to the international science community. The distinguishing feature was the relatively high acidity of the water, which is said to kill every microbial pest on and under your skin, and heal ”everything except a broken heart”. This is clearly evident when it is shown to corrode an iron nail to less than half its size in just 5 days. As a result, you may hear some common onomatopoeic phrases describing the sensation on your skin in and around the baths, such as sube sube, meaning slippery smooth, and tsuru tsuru, meaning shiny smooth. 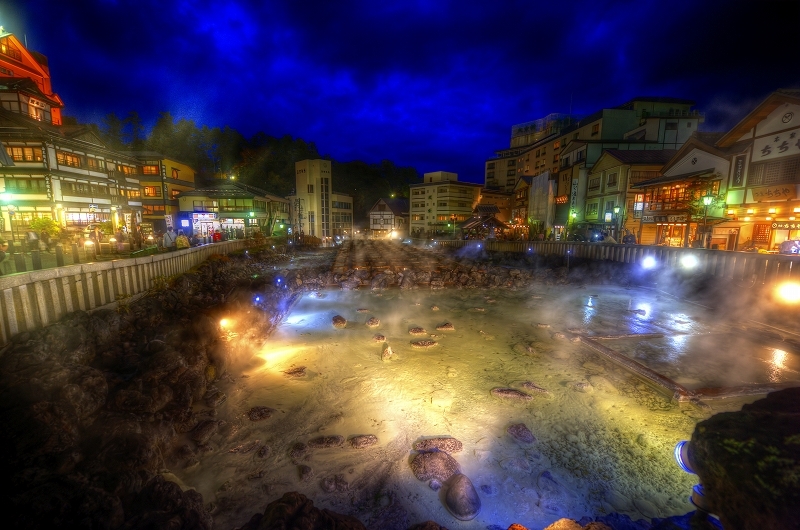 Kusatsu is defined by its onsen, but it offers a lot more than just that. Kusatsu has a popular and high quality ski resort that includes the option of heli-skiing; a professional football (soccer) team named “The Spa”; scenic hiking trails; an international music festival; the Tour de Kusatsu bicycle race; and many historical and cultural events. And this isn’t even mentioning the onsen-related food. I highly recommend strolling slowly from the yubatake along the narrow lanes filled with onsen manjuu (steamed buns), onsen tamago (eggs boiled in hot springs), senbei (rice crackers), and other arts and crafts shops and museums towards the Sai no Kawara Park. You learn the charm of Kusatsu on this stroll.

Other than the distinctive smell, Kusatsu will leave an endearing impression on you that will draw you back again in any season.