The Sanja Matsuri is one of the “Three Great Shinto Festivals of Tokyo” and a must see festival for May in Japan. The festival is held in honour of the three local men who established and founded the famous Sensoji Temple. The legend goes that a statue of Kannon was miraculously pulled out of the nearby Sumida River by two local fishermen brothers in the year 628 AD. The brothers Hinokuma Hamanari and Hinokuma Takenari along with their village chief Hajino Nakatomo enshrined the Kannon and it has remained in the same spot ever since. Sensoji Temple was built in order to house and honour the statue. The three local men are now enshrined as Shinto gods (kami) in Asakusa Shrine.

The name Sanja Matsuri (三社祭) literally means “Three Shrine Festival” in Japanese, and the festival revolves around three portable shrines called mikoshi in Japanese that take center stage on the final day of the festival. The festival takes place on the third weekend of May every year at Asakusa Shrine. This year the dates are Friday May 15, Saturday May 16 and Sunday May 17. 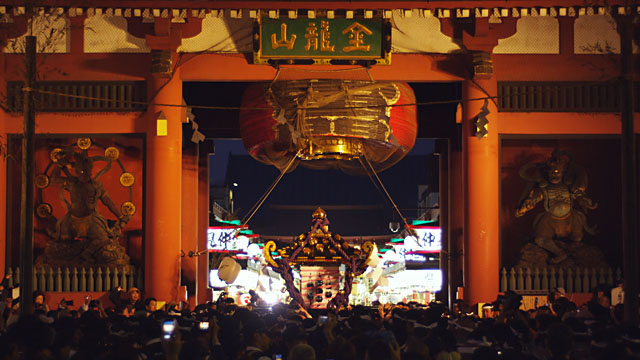 The Sanja Matsuri gives you the chance to see one of Tokyo’s biggest, best and wildest festivals close up. The atmosphere is truly amazing with Sensoji Temple and Asakusa packed with festival goers. You can experience traditional Japanese music (taiko drums and flutes) and dancing over the course of the three days and join in with the estimated 2 million locals and tourists expected at the event. For the entirety of the festival Asakusa is packed with yatai (food stalls), festival games and revellers.

The highlight of the festival is the parade of three mikoshi shrines through the streets of Asakusa. The portable shrines owned by Asakusa Shrine appear on the third and final day of the festival on Sunday. 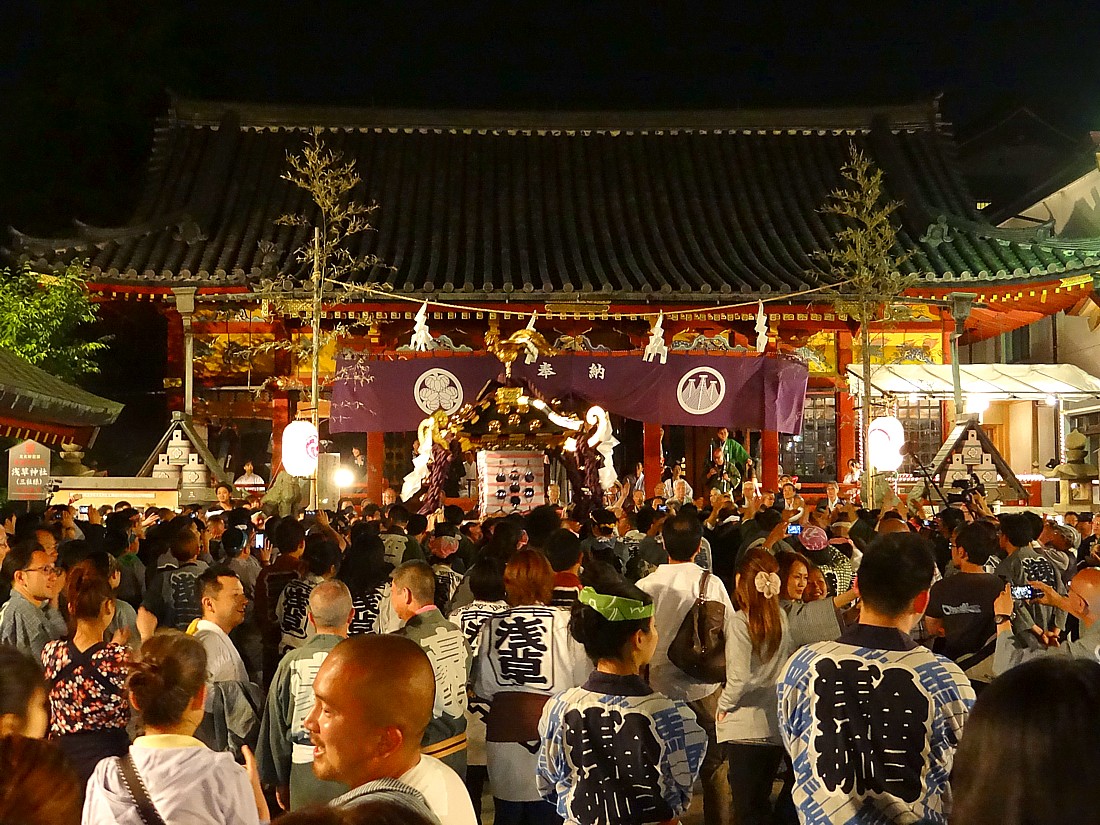 The elaborate black lacquered wooden shrines are decorated with gold sculptures and painted with gold leaf. The shrines are designed to act as miniature portable versions of Asakusa Shrine to carry the kami spirits of the shrine to the festival.

The three mikoshi shrines represent and honour the three men mentioned above who founded Sensoji Temple. The shrines begin their procession early Sunday morning down Nakamise-dori toward the Kaminarimon Gate. After visiting and blessing all 44 districts of Asakusa they find their way back to Asakusa Shrine Sunday evening, where another grand procession lasts late into the night.

Other major events include the Daigyoretsu Parade on the Friday and the local mikoshi parade on the Saturday. The Daigyoretsu Parade is a large 19-block grand procession of priests, city officials, geisha, musicians and dancers down Yanagi Street and Nakamise-dori to Asakusa Shrine. It is famous for its lavish Edo period costumes and traditional Japanese performers and dancers.

The local mikoshi parade features around 100 mikoshi from the 44 districts of Asakusa. The mikoshi gather at the Kaminarimon Gate of Sensoji Temple and are paraded through Nakamise-dori to Asakusa Shrine. 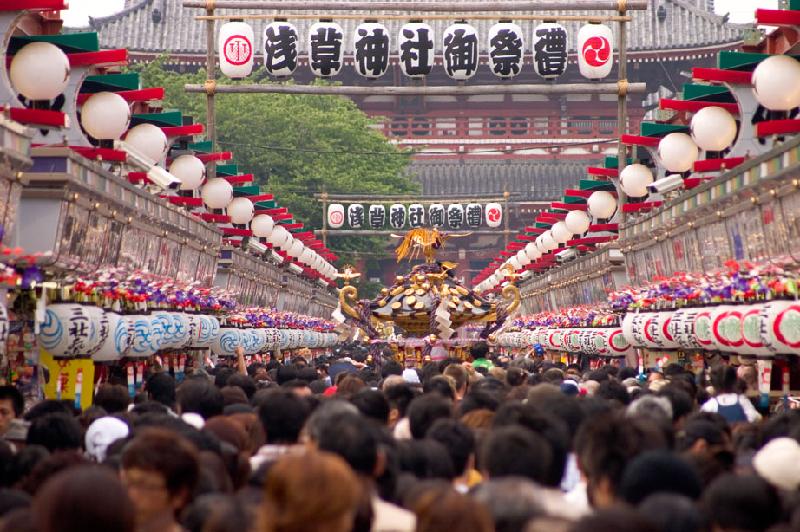