Ise Grand Shrine is Japan’s most sacred Shinto shrine and dates back to the 3rd Century. It is considered to be the spiritual home of the Japanese and its national religion Shinto, and as such receives over six million pilgrims and tourists every year. 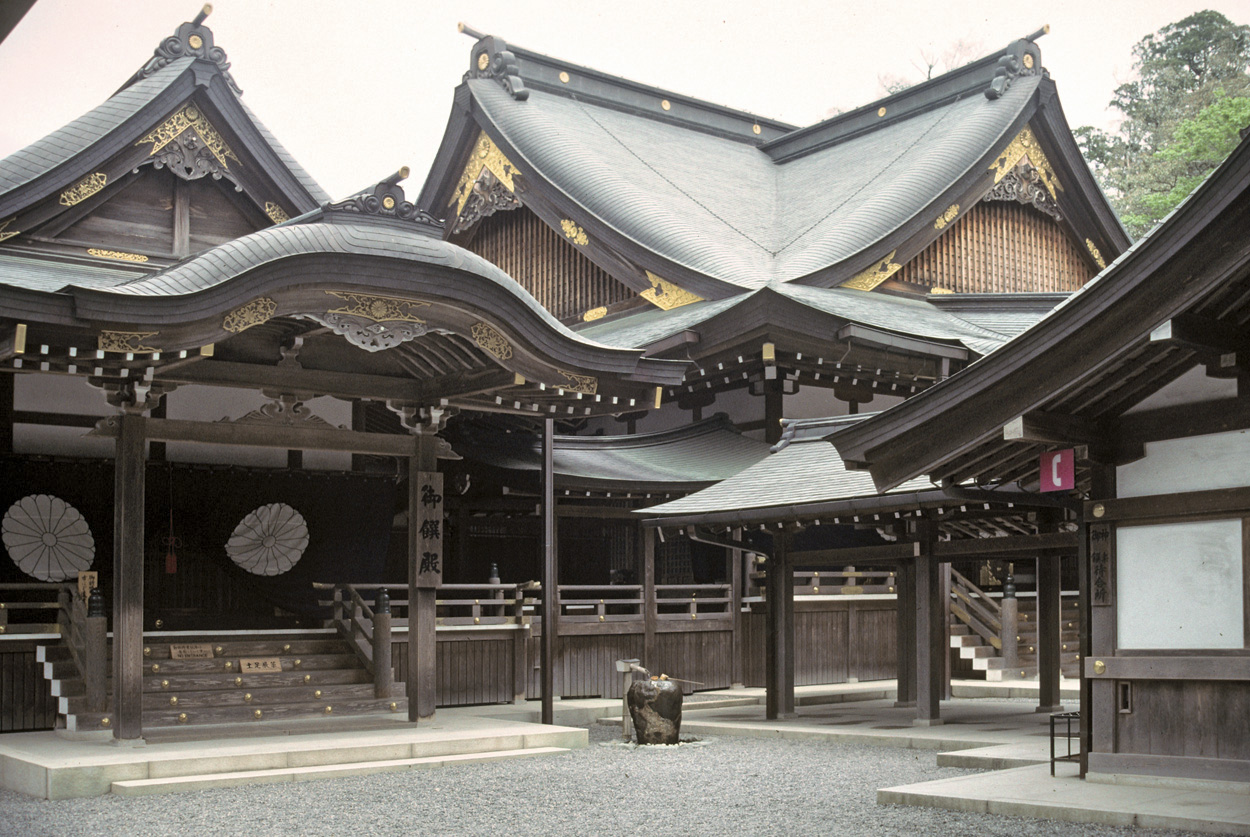 Ise Grand Shrine also known as Ise Jingu is a complex of over 125 shrines located in Ise City, Mie Prefecture. It is centered around the main shrines of Naiku (inner shrine) and Geku (outer shrine).

The inner shrine (内宮) is believed to date from the 3rd Century and enshrines the sun goddess Amaterasu. It is held in higher reverence than the outer shrine. This is due in part to the fact that it is purportedly the home of the Sacred Mirror of the Emperor (one of the three imperial regalia). The sacred mirror (Yata no Kagami) was given to the first emperor of Japan by the sun goddess herself. This makes the shrine one of Japan’s most important and holiest sites.

The outer shrine (外宮) located about 6 kilometres from the inner shrine dates from the 5th Century.

The shrine is unique and one interesting fact is the shrine buildings at both Naiku and Geku as well as the Uji Bridge are rebuilt every 20 years. This is part of an important Shinto belief of the death and renewal of nature and the impermanence of all things wabi-sabi.

Exact imitations of the shrine buildings are built on adjacent sites using traditional methods and techniques. That means these exact replicas use no nails, only wooden dowels and interlocking joints.

A special ceremony is then conducted to transfer the kami (god of the shrine) back to its new home.

The wood of the old shrine buildings is not put to waste, but is recycled in order to reconstruct the torii (shrine gate) at the shrine’s entrance. Leftover wood is also sent to shrines around Japan to be used for rebuilding their own structures. 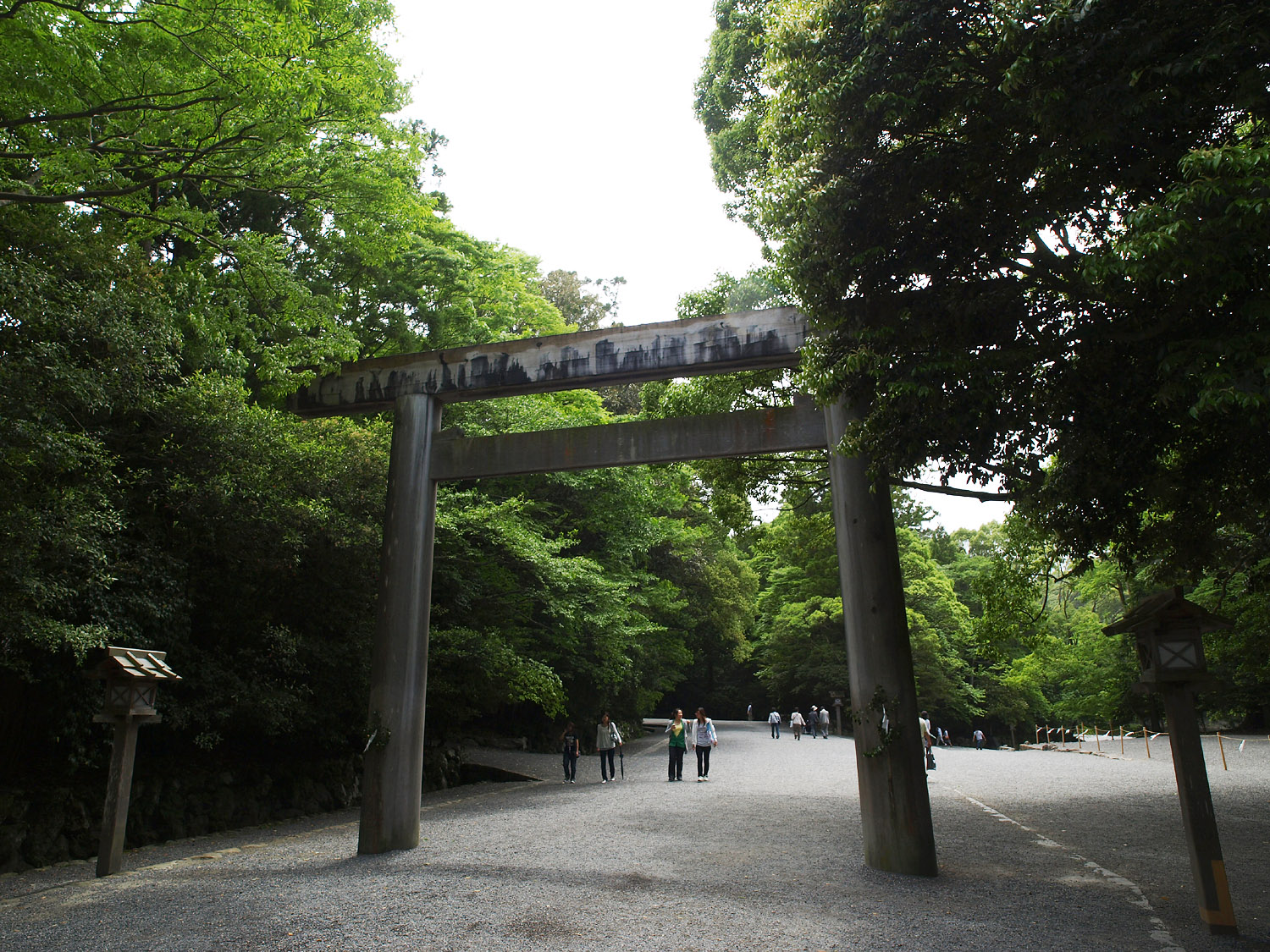 The present shrine buildings were rebuilt in 2013 and we had the pleasure of visiting the shrine in the summer of 2014. It was crowded due to the fact that it had recently been rebuilt, but the smell of the new wooden buildings was still in the air and this added to the charm of our visit.

The main shrine buildings are contained at the foot of densely wooded hills, which is very reminiscent of Meiji Jingu in Tokyo. Walking through the gravel paths to the various shrine buildings is a very spiritual experience and allows you to feel the amazing atmosphere of this sacred place. It is beautiful in its simplicity as you are surrounded by green Japanese cypress trees and wooden shrine structures.

You can only see part of the main shrine buildings as they are almost completely hidden from view behind wooden fences. The inner sanctum can only be entered by members of the imperial family and a few select shrine priests. It is such a holy site that the head priest or priestess must come from the imperial family.

You are also not allowed to take pictures of the main shrine buildings. This only adds to the mystery and mystic of the place.

I managed to catch a glimpse of the main shrine buildings by peeping over the top of the fences and it certainly helps to be tall in this regards. The buildings are stunning examples of pre-Buddhist architecture and it is a shame that they cannot be seen. You can get a good idea of what they look like by looking at any of the lesser shrine buildings as they are exact replicas, but built on a smaller scale.

The architectural style of the buildings is shinmei-zukuri a style which is characterized by extreme simplicity and antiquity.

The main torii shrine gate which leads to the famous Uji Bridge is a highlight of any visit. The views from the 100 meter wooden bridge of the nearby mountains and Isuzu River underneath are breath-taking. Crossing the bridge and entrance of Naiku into the inner shrine is like entering another time and place and these are memories that will remain with me forever.

Ise Grand Shrine is truly a spiritual place located in a beautiful part of Japan surrounded by ancient forests and mountains.