The Shinkansen (新幹線) is a network of high-speed railway lines in Japan operated by five Japan Railways Group companies. Starting with the Tōkaidō Shinkansen (515.4 km, 320.3 mi) in 1964, the network has expanded to currently consist of 2,764.6 km (1,717.8 mi) of lines with maximum speeds of 240–320 km/h (150–200 mph), 283.5 km (176.2 mi) of Mini-shinkansen lines with a maximum speed of 130 km/h (80 mph), and 10.3 km (6.4 mi) of spur lines with Shinkansen services. The network presently links most major cities on the islands of Honshu and Kyushu, and Hakodate on northern island of Hokkaido, with an extension to Sapporo under construction and scheduled to commence in March 2031. The nickname bullet train is sometimes used in English for these high-speed trains.

The original Tōkaidō Shinkansen, connecting the largest cities of Tokyo and Osaka, is the world’s busiest high-speed rail line. Carrying 151 million passengers per year (March 2008), and at over 5 billion total passengers it has transported more passengers than any other high-speed line in the world. The service on the line operates much larger trains and at higher frequency than most other high speed lines in the world. At peak times, the line carries up to thirteen trains per hour in each direction with sixteen cars each (1,323-seat capacity and occasionally additional standing passengers) with a minimum headway of three minutes between trains.

Though largely a long-distance transport system, the Shinkansen also serves commuters who travel to work in metropolitan areas from outlying cities one or two stops removed from the main cities, and there are some services dedicated to this market.

Japan’s Shinkansen network had the highest annual passenger ridership (a maximum of 353 million in 2007) of any high-speed rail network until 2011, when China’s high-speed rail network surpassed it at 370 million passengers annually, though the total cumulative passengers, at over 10 billion, is still larger. While the network has been expanding this additional ridership is expected to be overtaken by Japan’s declining population causing ridership to decline over time. The recent expansion in tourism has also boosted ridership marginally.

What is the joy Of Shinkansen

Recently, I’ve been doing a fair bit of travelling. As I move into my 33rd year on this world, I’m starting to think about maybe changing things up a bit. I might stay in Osaka, or I may go elsewhere in Japan. It is, as of yet, undecided.

However, one of the tangential pleasures to be derived from such a situation is the opportunity to travel around as I meet new companies and explore new opportunities.

In these times of budget airlines, last minute bookings and cheap flights galore, many people favour the airplane as their preferred method of transportation. However, for me, when it comes to getting around Japan in style, nothing beats the Shinkansen, Japan’s bullet train, which recently celebrated 50 years of service.

It’s hard to believe that the high speed network is now into its 6th decade, whilst back in the UK the government still debates whether or not to approve one high speed line, which of course will run only between Birmingham and that self-appointed centre of the known universe, London.

Meanwhile Japan has recently expanded its Shinkansen network into Hokkaido and work is well underway on the next generation of shinkansen, expected to be completed sometime in the 2020s that will halve the travelling time between Osaka and Tokyo. 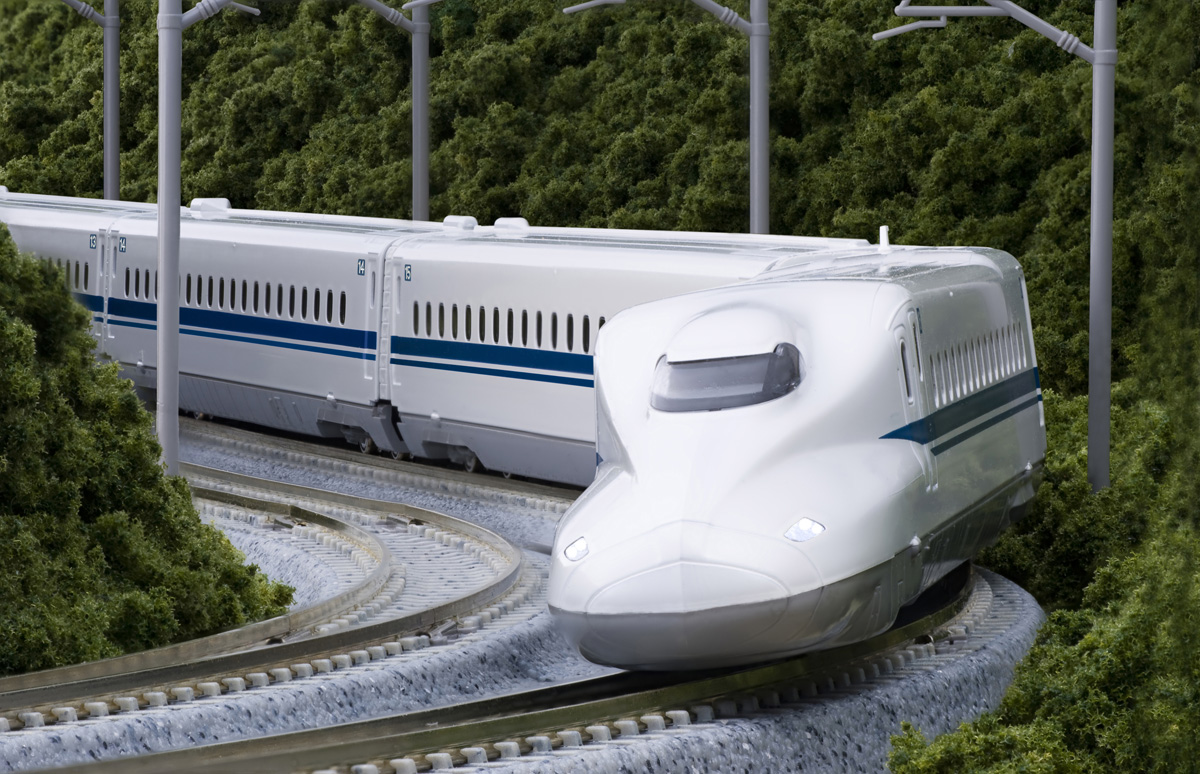 Nonetheless, the shinkansen remains an expensive venture. With a standard one-way ticket between Tokyo and Osaka coming in at around 14,000 yen, it’s almost 3 times the price of the cheapest budget airline flight between Kansai International Airport and Narita.

Also, on paper at least, an airline flight would seem the more effective in terms of time management, with a flight from Osaka to Tokyo taking around 1 hour, compared to the 3 hours or so it takes to travel via the fastest shinkansen.

However, the whole “one hour to Toyko” idea is somewhat disingenuous.

One needs to remember that to get from central Osaka to Kansai Airport, even by the express train still takes around 1 hour. Then, as is standard on all domestic flights, one must check-in no later than 1 hour before take-off. Also, Narita is in the proverbial “middle of nowhere” not in fact in Tokyo, but rural Chiba prefecture, at least an hour outside the main centre of Tokyo.

So, suddenly we have a 4 hour journey involving a plane and at least 2 trains, versus a 3 hour commute via one, luxurious train, with ample legroom!

Yes, indeed I believe the Shinkansen is truly worth that little bit of extra financial outlay, for those who can afford it. The seats are comfortable, the journey smooth. Delays almost never happen, unless there are extreme weather conditions like heavy snow or torrential rain, and good luck getting a flight in those conditions!

Of course it’s not just the efficiency of the Shinkansen that makes me love it so, it’s also the general ambiance. From the minute you embark until the moment you arrive at your destination, there’s a feeling of luxury, of comfort, of pampering. 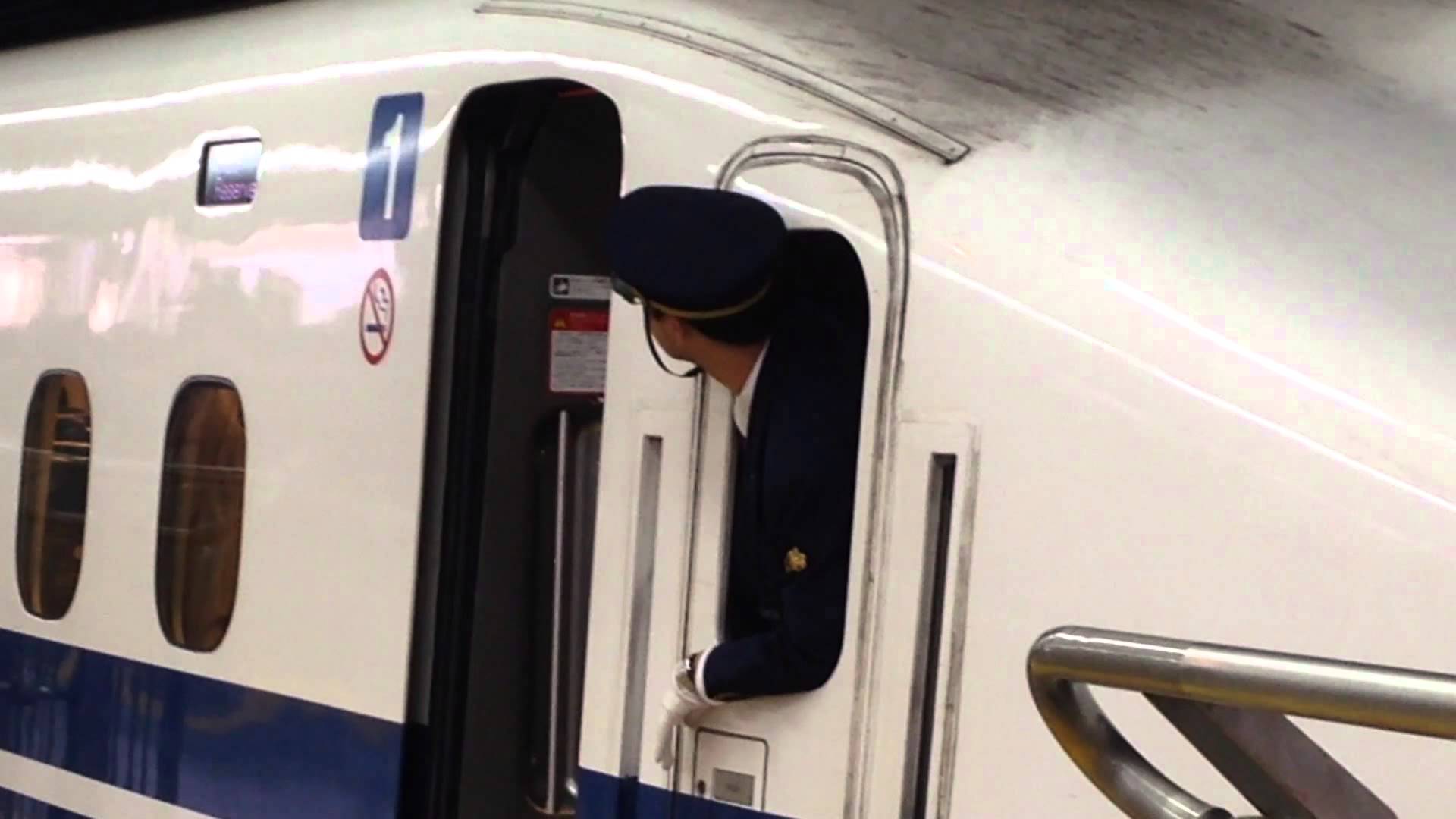 Certainly, airlines could learn a lot from the spacious gangways and oversized, soft, reclinable seats.

However, all this is just window dressing. For me, what really sets the Shinkansen apart from other forms of transport is the service and the hospitality. The staff are always immaculately turned out, and never hesitate to bow respectfully as they enter and leave each carriage. Indeed, this is very much a futuristic venture with a traditional heart.

The charm offensive continues when you see the food and drink assortment. One thing that the Shinkansen is world famous for is its Bento boxes. These boxed lunches are as beautiful as they are delicious. Each one has a variety of small Japanese traditional dishes laid out in such a decorative, artistic fashion, one would almost feel guilty about eating it. Almost that is!

And unlike most of the rail companies back in the UK, price gouging isn’t really a thing here in Japan. The food and drinks that you can buy on the Shinkansen are perhaps a little more expensive than what one would expect to pay in a convenience store like 7 Eleven, but nothing like the blatant extortion I’ve experienced on my occasional journeys between Scotland and England.

In the modern world, another important feature is the capacity to work while you travel and again the Shinkansen meets this requirement. Every seat as a fold-down table, which unlike those tiny little plastic slabs the airlines use, these will actually support a laptop and will allow you to get those all important documents fully typed and edited before your meeting.

Wi-fi is also being rolled out on the Shinkansen lines now, and while access is still a bit hit and miss, it’s surely only a matter of time before it becomes a regular feature on all services. So, for comfort, service and just the all-round pleasure of the experience, you can keep your budget airlines. It’s the Shinkansen all the way for me!

Onigiri – One of The Popular Food in...