Kasuga Grand Shrine (春日大社 Kasuga-taisha) is a Shinto shrine in the city of Nara, in Nara Prefecture, Japan.Established in 768 AD and rebuilt several times over the centuries, it is the shrine of the Fujiwara family. The interior is famous for its many bronze lanterns, as well as the many stone lanterns that lead up the shrine.
The architectural style Kasuga-zukuri takes its name from Kasuga Shrine’s honden (sanctuary).
Kasuga Shrine, and the Kasugayama Primeval Forest near it, are registered as a UNESCO World Heritage Site as part of the “Historic Monuments of Ancient Nara”.
The path to Kasuga Shrine passes through Deer Park. In Deer Park, deer are able to roam freely and are believed to be sacred messengers of the Shinto gods that inhabit the shrine and surrounding mountainous terrain. Kasuga Shrine and the deer have been featured in several paintings and works of art of the Nambokucho Period. Over 3,000 stone lanterns line the way. The Man’yo Botanical Garden, Nara is adjacent to the shrine. 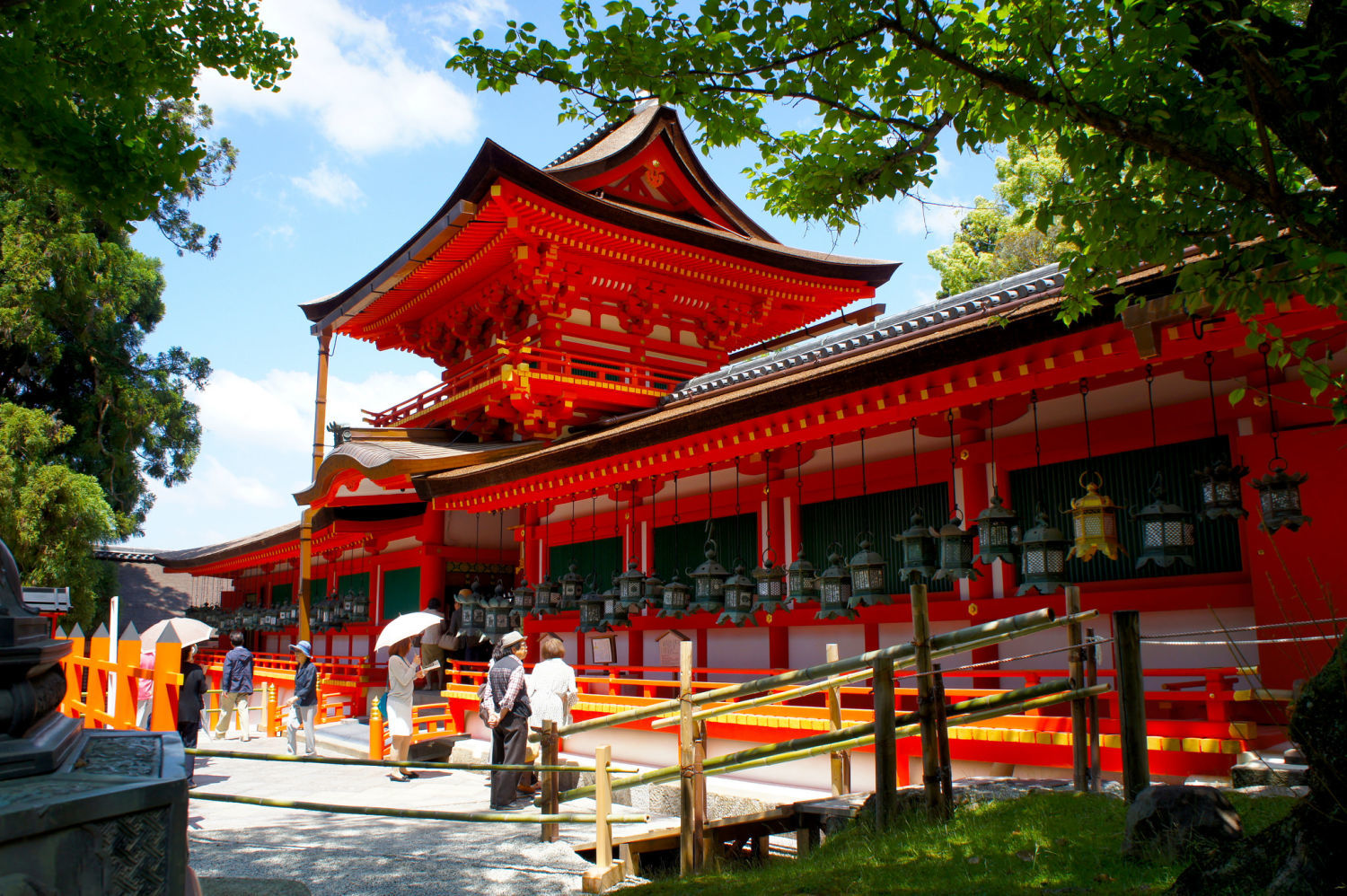 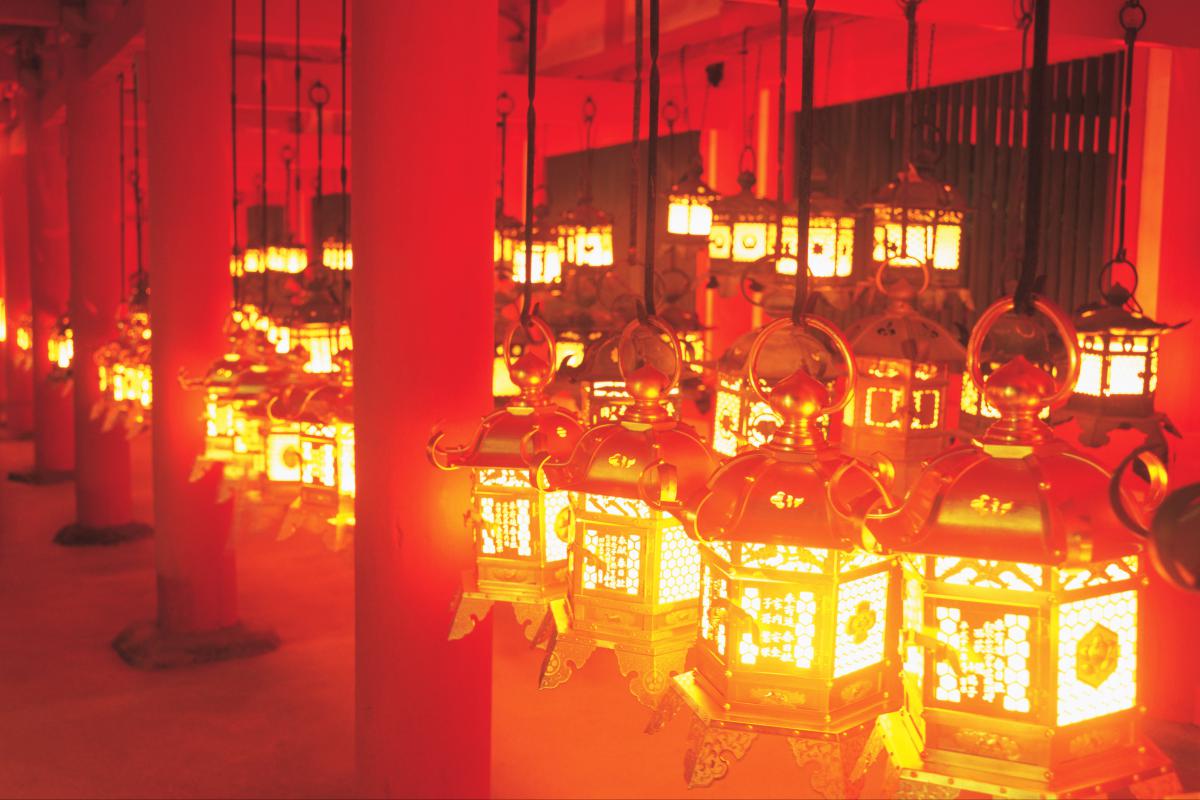 Kasuga Taisha Shrine is famous for its 1,000 hanging lanterns in the shine main precinct. 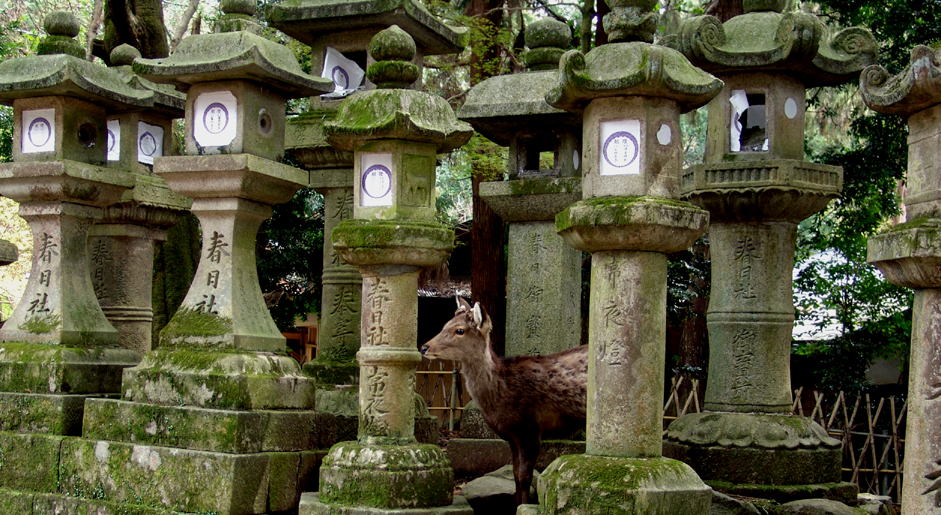 Kasuga Taisha Shrine is also famous for its 2,000 stone lanterns outside the main shrine precinct and along the path leading to the shrine. 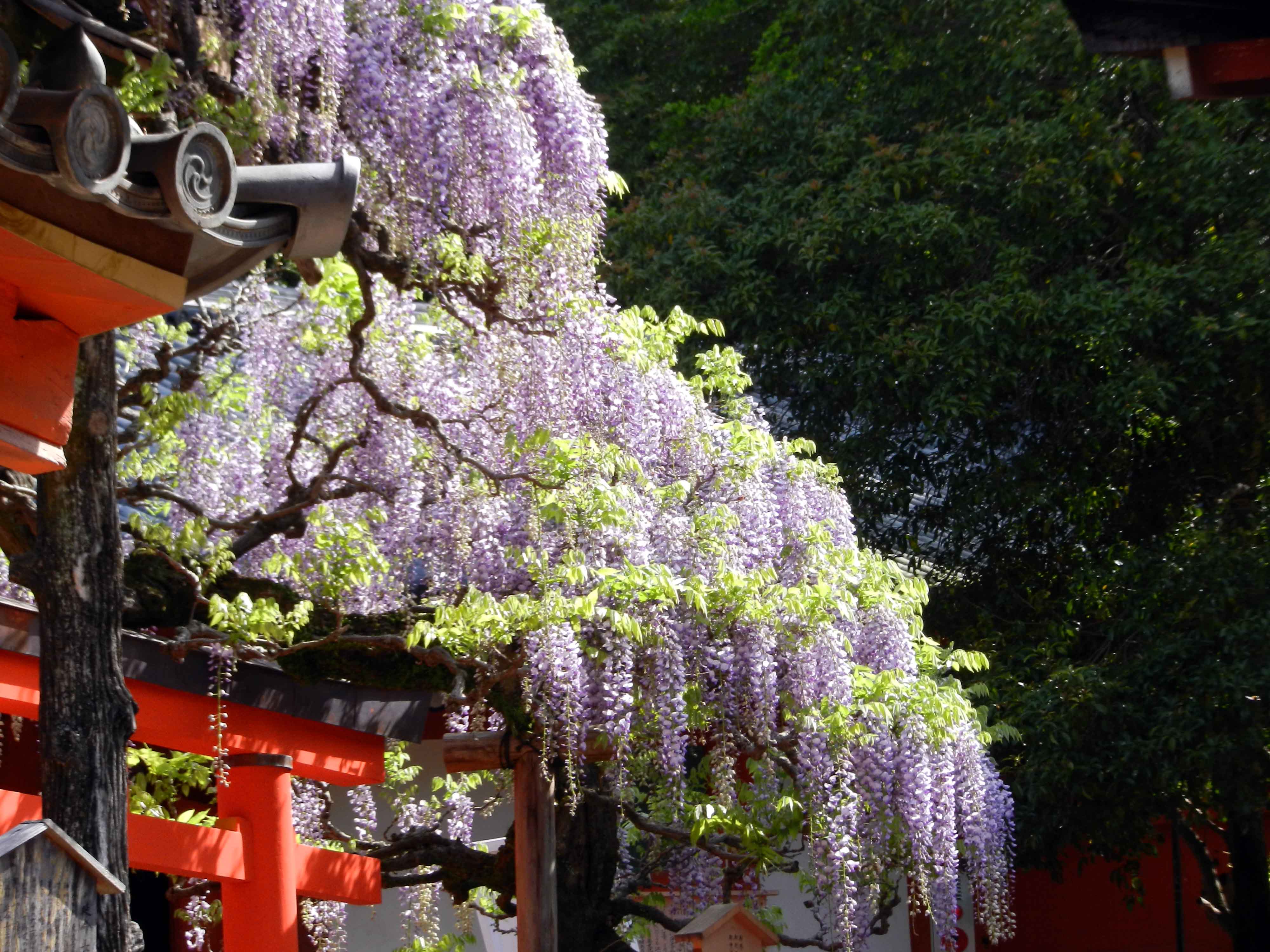 Wisteria in bloom inside the main shrine precinct. 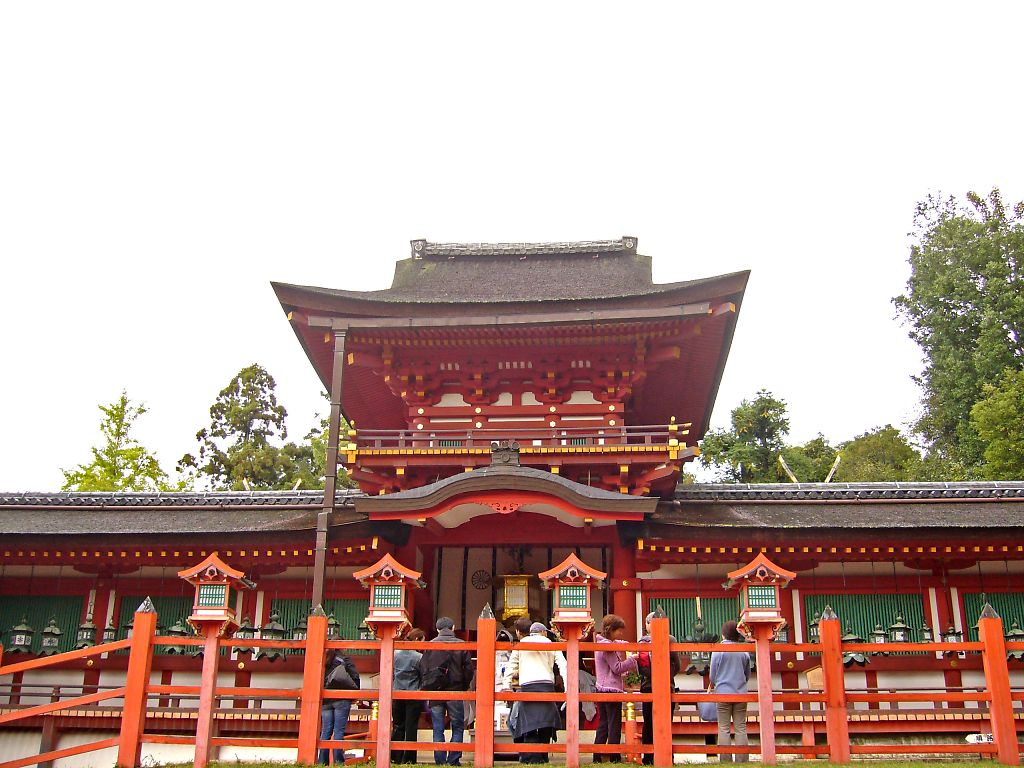