Stepping into ‘The 55 Arhats’ exhibition in Roppongi’s Mori Art Museum is made all the more intriguing as you have to approach from the side, not knowing what is to come until you then turn a corner to suddenly be presented with bright colours, cartoonish characters, and a dazzling golden statue. Murakami has gained fame around the globe, but this collection is special because it is exclusively his own, something which has been eagerly anticipated for a long time…

I don’t pretend to be an expert on any form of art, and like many people, when I think of Japanese art it tends to fall into two main categories: traditional and manga. If you are asked ‘What Japanese art do you like?’ and you can only answer ‘Er…Katsushika Hokusai and whoever draws One Piece’, it’s time to educate yourself. So off to Roppongi I went to see what everybody in the art community, and many beyond, have been talking about since the exhibition opened last October. 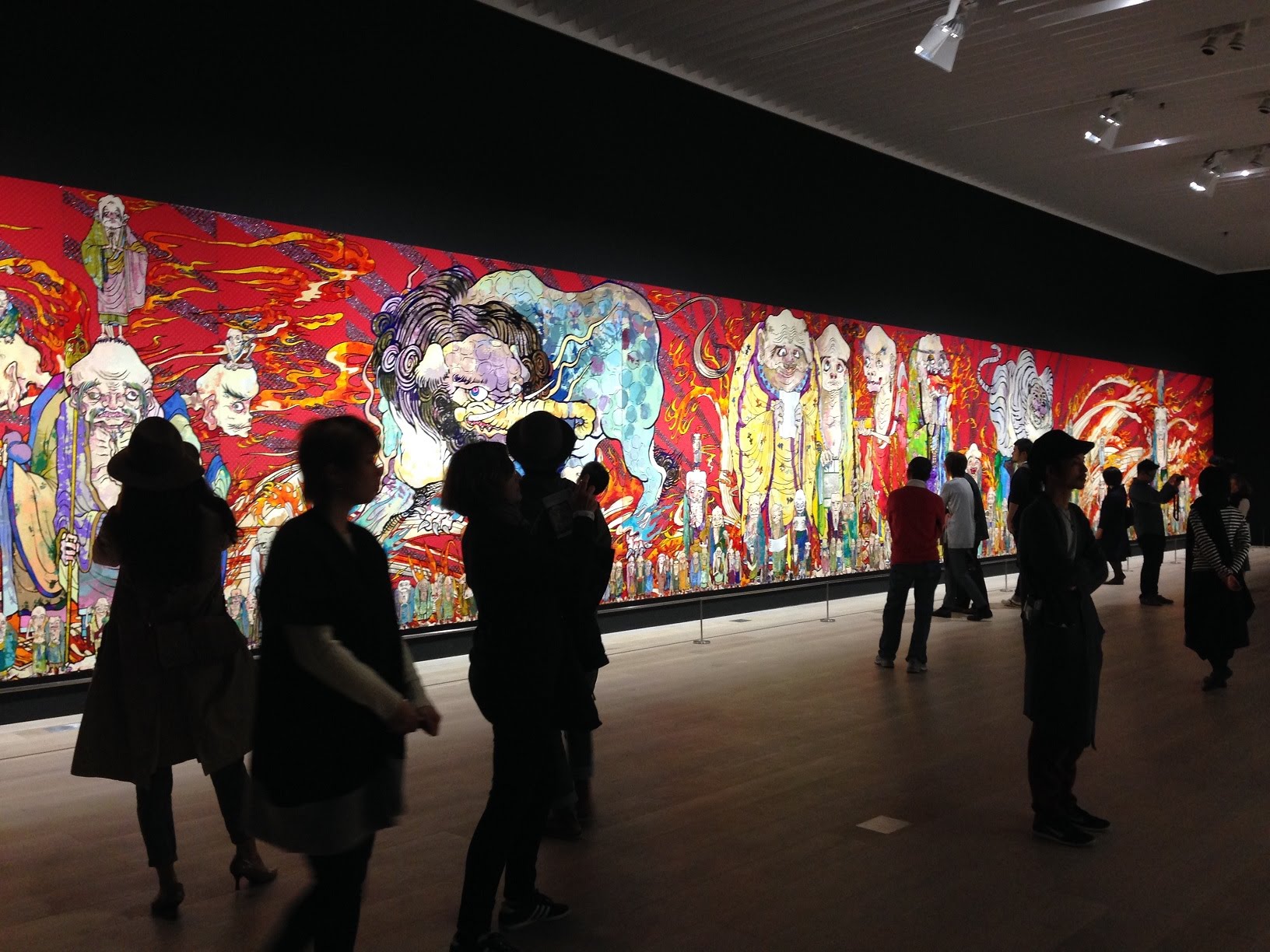 One of the most enjoyable aspects of these works is that they mix the two styles that I have just mentioned. When you first see them, they have a bit of a comic-style look, and are quite psychedelic. However, when you get up close and see the characters, and then read the descriptions, a lot of the inspiration is from traditional art, myth, and religion in Japan. There is the theme of Buddhism in a lot of the work, and mythical animals such as white tigers, and dragons. 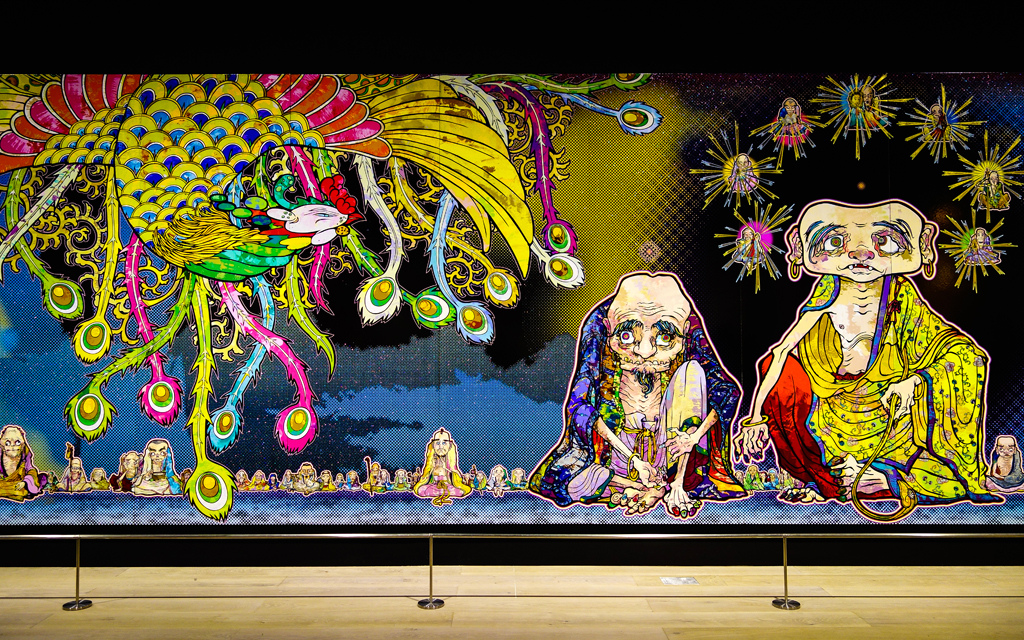 The masterpiece, and the painting that gives the exhibition its name, is The 500 Arhats, which is a 100-metre long painting (one of the largest in the world of art). It is a stunning piece of work, and Murakami drew inspiration from two historical Japanese painters, Kano Kazunobu and Nagasawa Rosetsu. Even without all of the other art on show, this would be worth the entrance price.

The painting is divided into four quarters, each with its own theme: blue dragon (east), white tiger (west), red bird (south), and black tortoise (north). Represented on them is the story of the five hundred arhats, disciples of Buddha who spread his wisdom and teachings, and some characters from Japanese and Chinese legend. It’s amazing to see these ancient figures and stories painted in Marakami’s distinctive style. 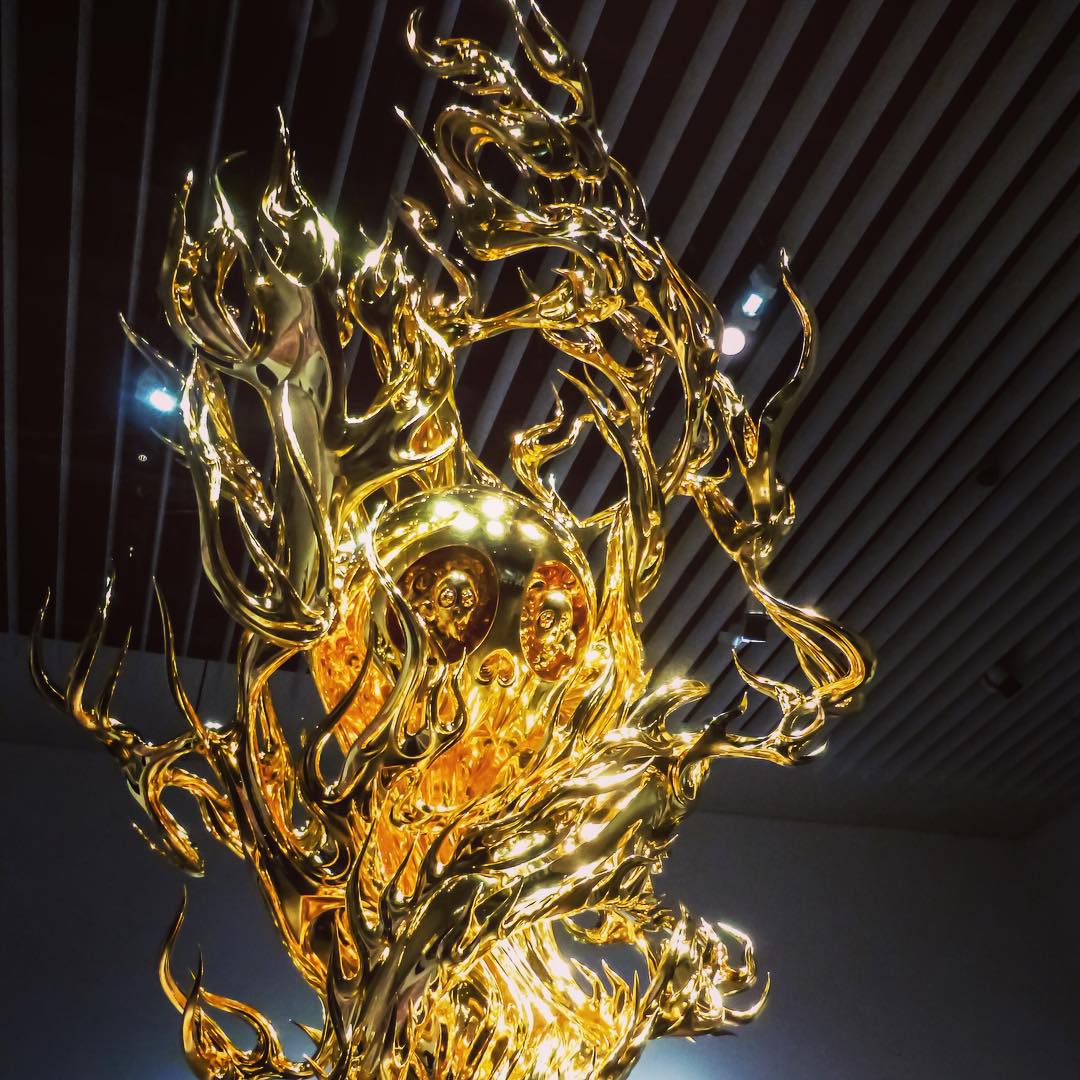 As I’ve said already, if that was all there was to see, I would have left the museum a happy man, but there was more. In particular, there were two incredible golden statues called Flame of Desire – Gold (above), and Birth Cry of a Universe (below). The first had a common theme in the exhibition, which was skulls. If you went and tried to count the number of skulls in the work, you’d end up going mad there were so many. The second was the theme of space, and time, which was also a theme in a lot of the newer paintings. Both sculptures are huge, and you have to stand back to get a good look. 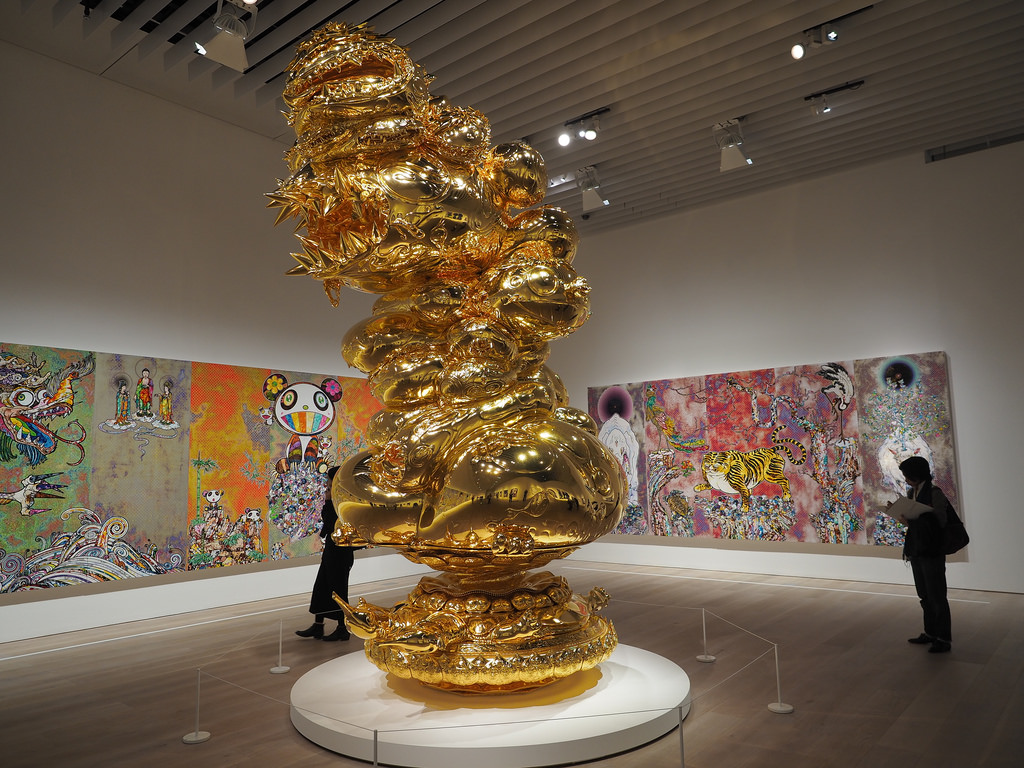 If I’m honest, there wasn’t a painting or sculpture in the place that I didn’t marvel at for a while, and when I got to the end I had one of those moments when you look at your watch and are shocked by what time it is. ‘I’ve been here for an hour and a half; I’ve got work in 30 minutes!’ I could have stayed there all day. 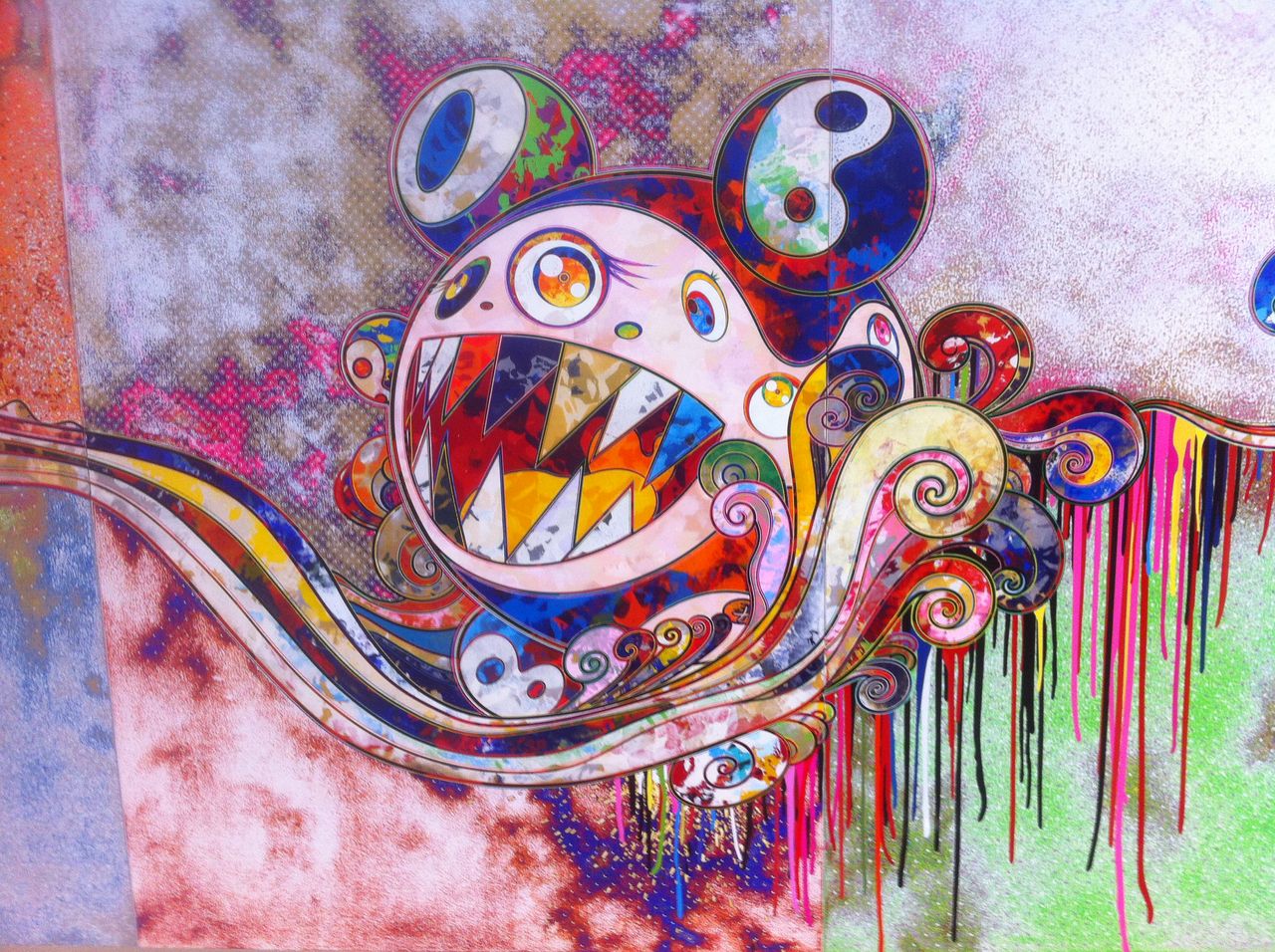 There was an interesting comment at the end from the artist as well. He hired over 200 hundred art students to help him create The 500 Arhats (a good idea considering the size of the thing). The last thing you see before you leave is an explanation of this, in which Murakami talks about artists getting trapped in the system, often in universities, and that they lose the freedom or ability to express themselves. This was part of his reasoning for getting so many students involved in his project. 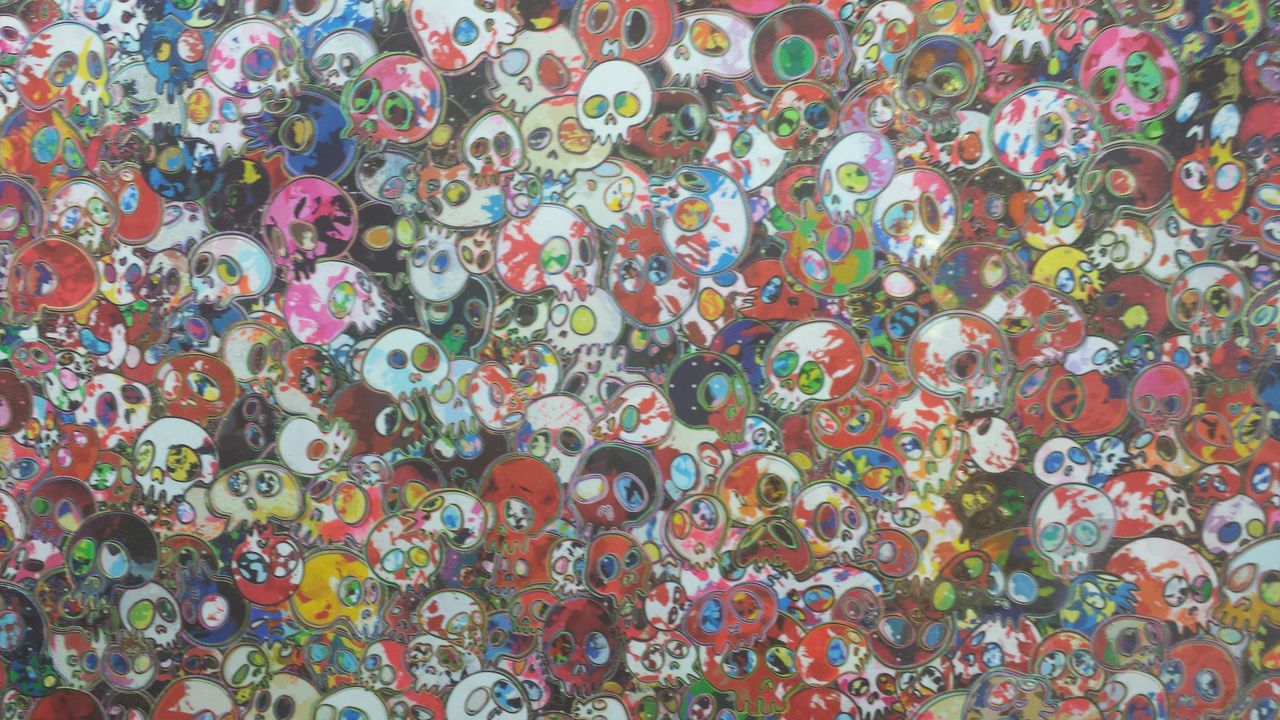 I’ve already recommended this exhibition to pretty much everyone that I’ve been in contact with since then. It runs until March 6th, and is at the Mori Art Museum in Roppongi Hills. I’m sure if you go, you won’t be disappointed.

Nagashi Somen - One of The Popular C...