The garden culture of the powerful Northern Fujiwara clan that has been retained all these centuries. Walk in the Pure Land that merges nature and the world of Buddhism, and reminisce over the lifestyle of the elegant Heian nobility. 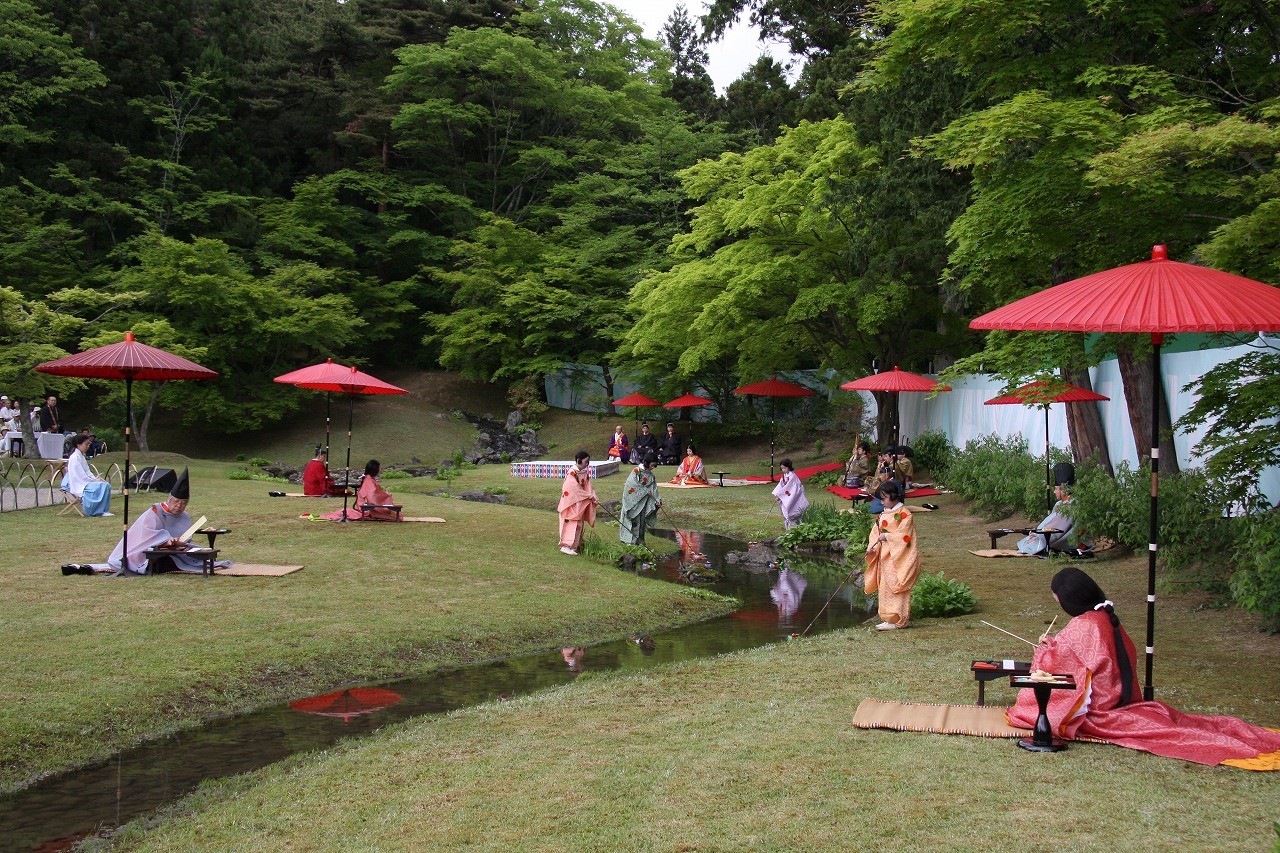 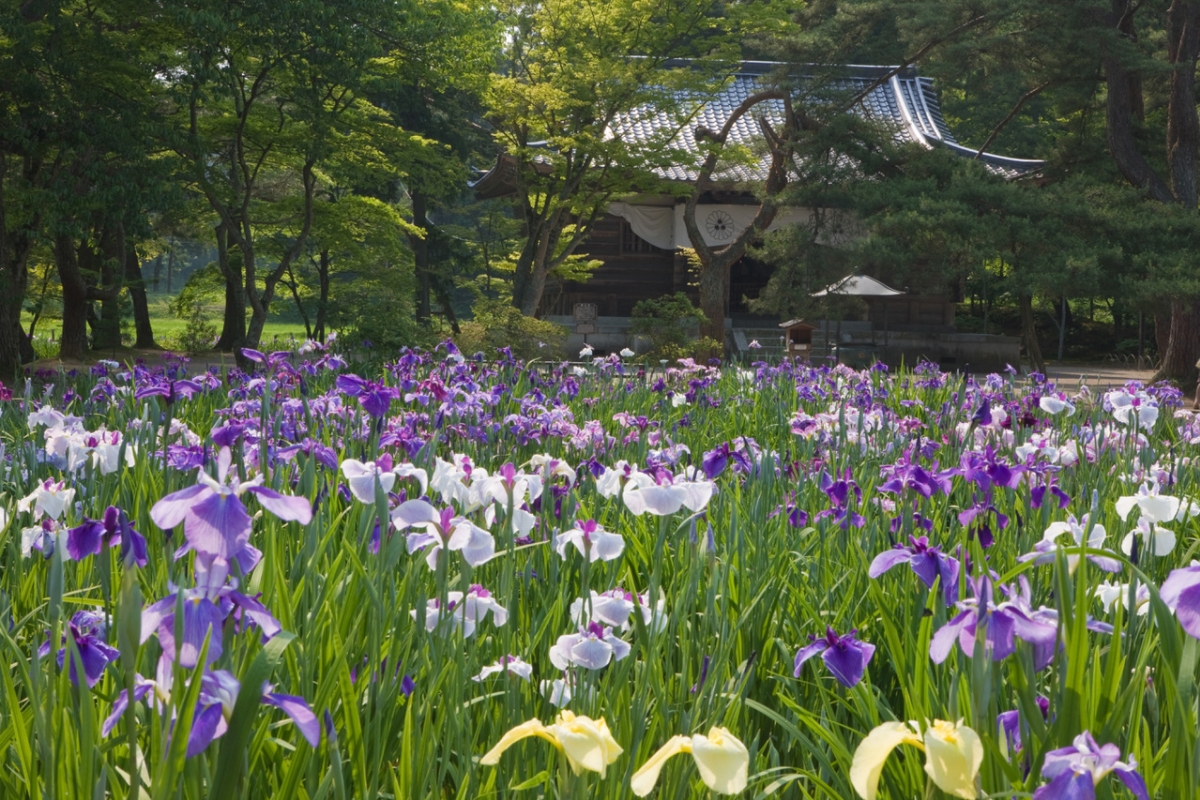 When the great priest Ennin came to this land during his pilgrimage through the Tohoku region, there was a thick fog which he couldn’t escape. He then noticed some white fur at his feet which led to a white deer crouched down on the ground. When the deer disappeared beyond the fog, an old white-haired figure appeared and that figure prophesied that a temple would be built on the land before he disappeared. After the temple was established in the year 850, Motohira Fujiwara who represented the 2nd generation of the Northern Fujiwara clan which controlled the entire Tohoku, and his son, Hidehira, had many temple buildings constructed in the mid-12th century, but with the collapse of the Northern Fujiwaras, all of the buildings were burned down in fire. However, the Pure Land Garden surrounding Oizumi Pond has survived in its original form, and on the remains of the former buildings, many cornerstones exist to relate those days from the past. Motsu-ji and Chuson-ji Temples have both been registered as World Heritage sites, and the former temple is designated as a National Special Historic Site and a Special Place of Scenic Beauty.

The Pure Land Garden, which has retained its original appearance for over 800 years, has a lush lovely waterfront in its large space and has created a world of tranquility that splendidly harmonizes features such as the trees and the artificial hills. Said to be the Earthbound form of the Pure Land from the world of Buddhism and created based on Japan’s oldest book on gardening that had been written in the Heian Era, the garden also has high academic value as well. At Motsu-ji, along with Buddhist events, there are many other seasonal festivals and events connected with the Fujiwara clan, but the Gokusui-no-En on the 4th Sunday in May is special. Participants clothed in Heian Era costumes recreate the activity of composing Japanese poetry before a floating cup of sake on the garden’s feeder stream reaches them so that you can experience the elegant lifestyle of the Heian nobility.

The 5 Most popular Japanese Home Coo...