Are you bored of the same old sushi or noodles and looking to try something new on your next trip to the Land of the Rising Sun? We’ve put together five of the strangest food from the country for you to try from the slightly pungent to the just plain weird.

If you manage to try just half of these Japanese culinary delights on your next trip, you’ll deserve a huge pat on the back or high-five – whichever you may prefer!

Don’t be scared, delve in…

Sashimi is a very common and delicious dish in Japan that consists of very fresh (raw) fish or meat that is sliced into thin pieces. Basashi is a meat version of this popular dish with the main ingredient being horse.

Horse sashimi is a delicacy in parts of Japan with Kumamoto, Nagano, and Oita Prefectures being particularly famous for basashi, with it also being common in the northern region of Tohoku.

Due to the meat’s pink colour, it is often referred to as Sakura (cherry blossom) meat (桜肉) and is typically served with grated ginger and a sweet soy sauce. Other combinations include wasabi or crushed garlic with soy sauce to give you a bit of variation.

Horse meat is said to to be lower in calories, fat, and cholesterol, as well as being high in protein so it could be viewed as a healthier alternative to meat such as beef or pork. Perhaps basashi is one of the secrets as to why the Japanese possess such longevity and often live well into their nineties! 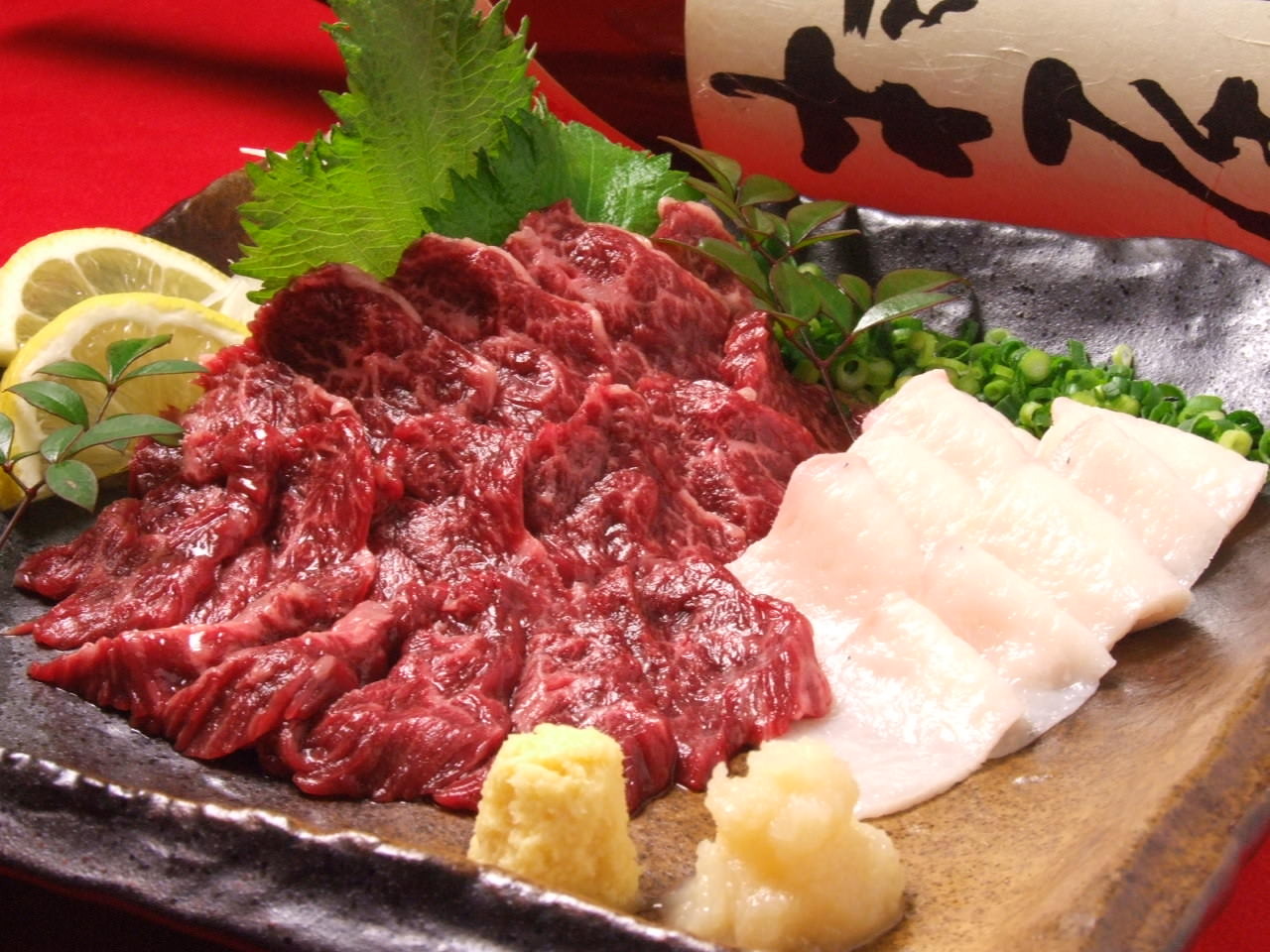 Shirouo no odorigui translates to dancing ice fish! Shirouo are tiny transparent fish that are destined to be eaten alive. They get the name due to the sensation they cause when wriggling around your mouth once consumed.

No-one really knows the origins of this tradition but legend says that it began around 300 years ago in Fukuoka when farmers were drinking sake near a river. After feeling a bit peckish, the local farmers grabbed handfuls of the tiny fish that were swimming in the shallows and began to eat them alive – with that, the tradition was born.

The shirouo is always a small transparent fish, however the species is different depending on the area of Japan. In Yamaguchi Prefecture the fish are usually whitebait whereas in Fukuoka they are a fish called ice gobies.

They are eaten with a dash of soy sauce so please enjoy! 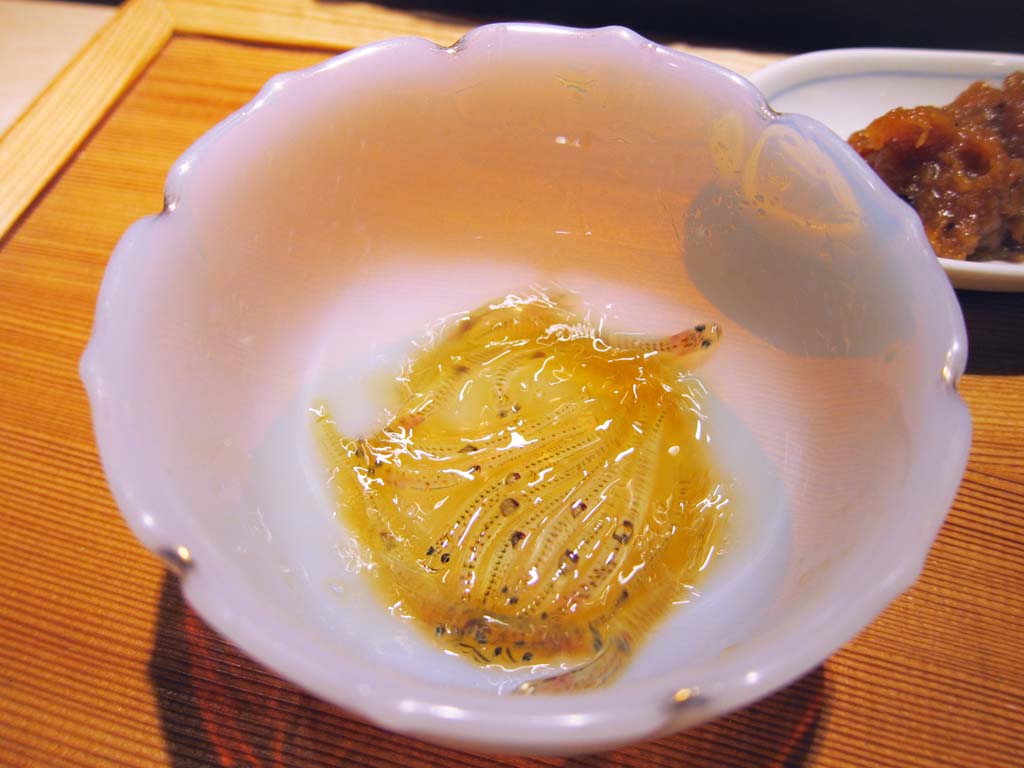 Shirako is the milt (sperm sacs) of male cod. And yes, the Japanese consider it a delicacy. Shirako which literally translates to ‘white children’ is served both raw and cooked in restaurants all over the country.

Shirako is technically just a sperm sac, so can come from several species of fish, however cod is the most common. When cooked it can be steamed, pan-fried or even deep fried but is surely an acquired taste, even for the locals. I’ve never actually tried this but people say that Shirako’s taste can be described as ‘creamy’ and/or ‘custardy’.

Go on! Be brave and try it! 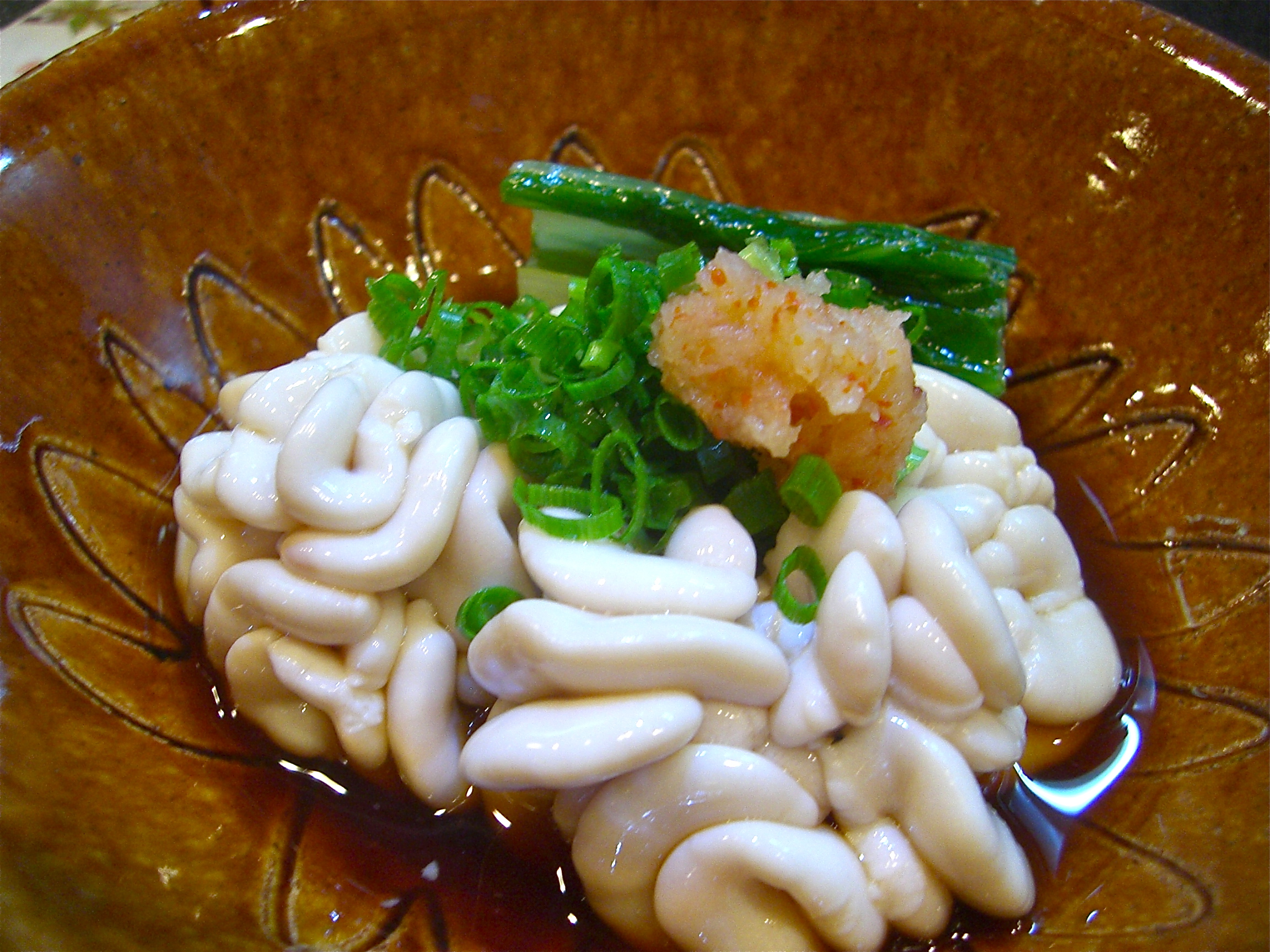 Hachinoko or bee larvae to us English speakers out there is believe it or not, just like basashi and shirako, also considered a delicacy in some parts of Japan. Perhaps the tradition of eating bee larvae started in countryside regions of the country where protein was sometimes hard to come by but nowadays it is mainly consumed by old people or a kind of touristy thing to eat especially in Gifu and Nagano Prefectures in central Japan.

The larvae are cooked in soy sauce and sugar and although they don’t look too appetizing, they taste mildly sweet with a slightly crumbly texture. Why not wash them down with a nice glass of Japanese sake – after all, the locals do! 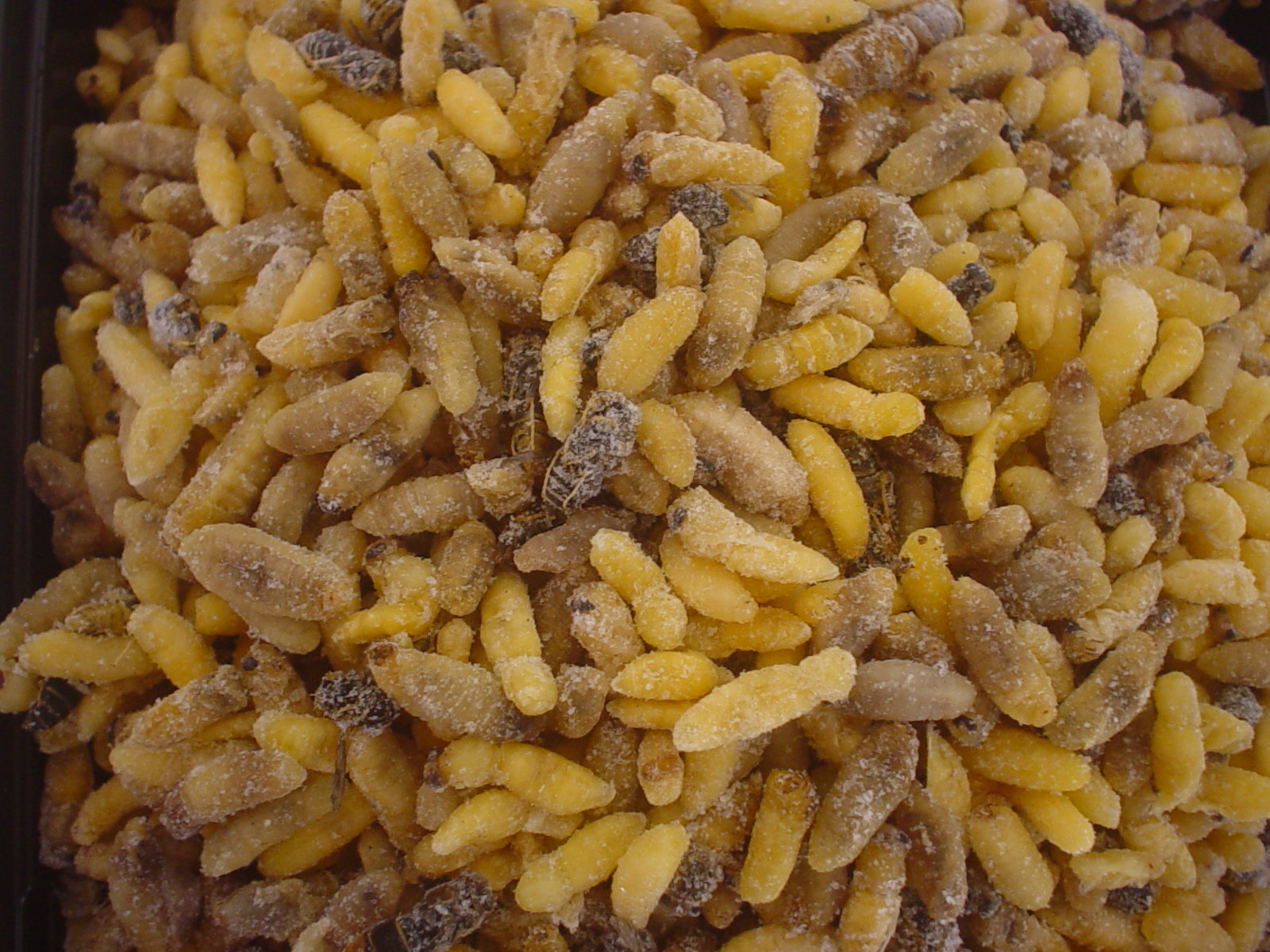 Shiokara is made from mashed insides of various sea creatures that is left to ferment for around a month in a plastic container. Shiokara is definitely not a dish for everyone.

The raw insides are usually mixed with about 10% salt and 30% malted rice which creates the salty, very strong flavour. The dish is often served alongside an ice-cold beer or other alcohol in izakayas which are a type of bar/restaurant here in Japan.

If you are still brave enough to try Shiokara after that description, there are several versions to try from a squid version to an oyster one or how about ‘uni’ – which is sea urchin in Japanese. 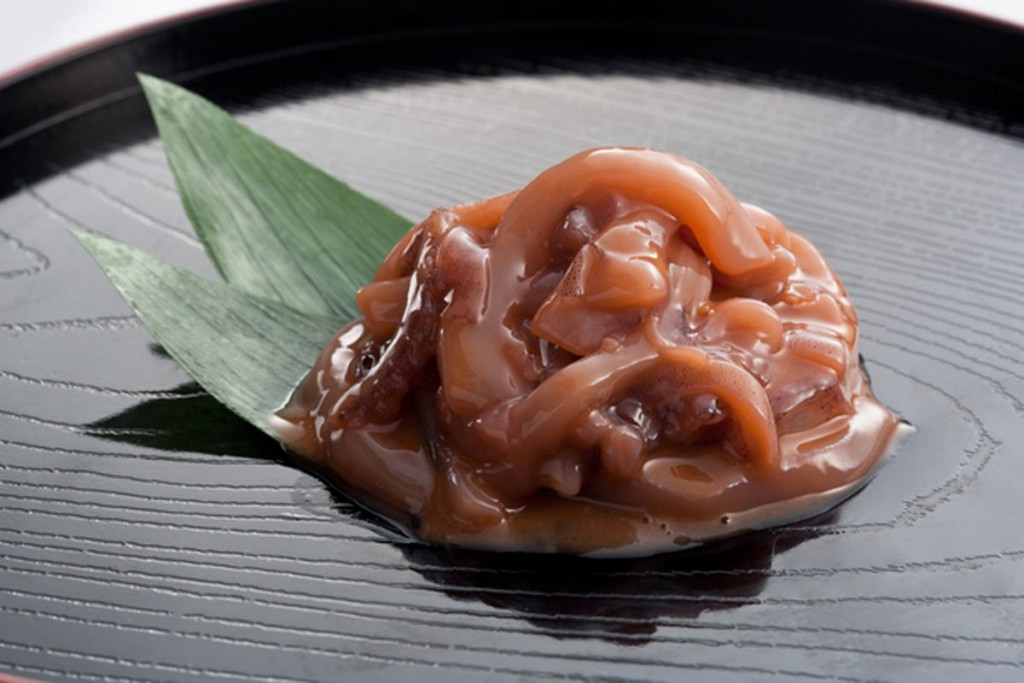