The Phoenix Hall at Byodo-in Temple is widely regarded as being Japan’s most beautiful building.

You can find the Phoenix Hall at Byodo-in Temple in Uji, a small city located to the south of Kyoto, famous for its green tea (Uji Matcha), rich history and association with Japan’s first novel, the Tales of Genji.

The original structure was a country villa for the Fujiwara clan and converted to a temple in 1052. It is one of Kyoto’s many UNESCO World Heritage Sites.

The Phoenix Hall, also known as the Amida-do is the most famous building at the temple and was built in 1053. It is one of the few original wooden structures still remaining in Japan from the Heian Period (710 – 1185).

The Phoenix Hall consists of a main central hall, flanked by twin wing corridors on both sides and a tail corridor. The architecture of the Phoenix Hall resembles the shape of a phoenix and hence the name. The phoenix was a popular mythical bird revered by the Japanese as a protector of Buddha. There are also two bronze phoenixes perched opposite each other on the roof.

The building is an excellent example of Heian-period architecture with graceful lines and elegant style. It is simply stunning surrounded by a scenic pond and jodo-shiki garden. 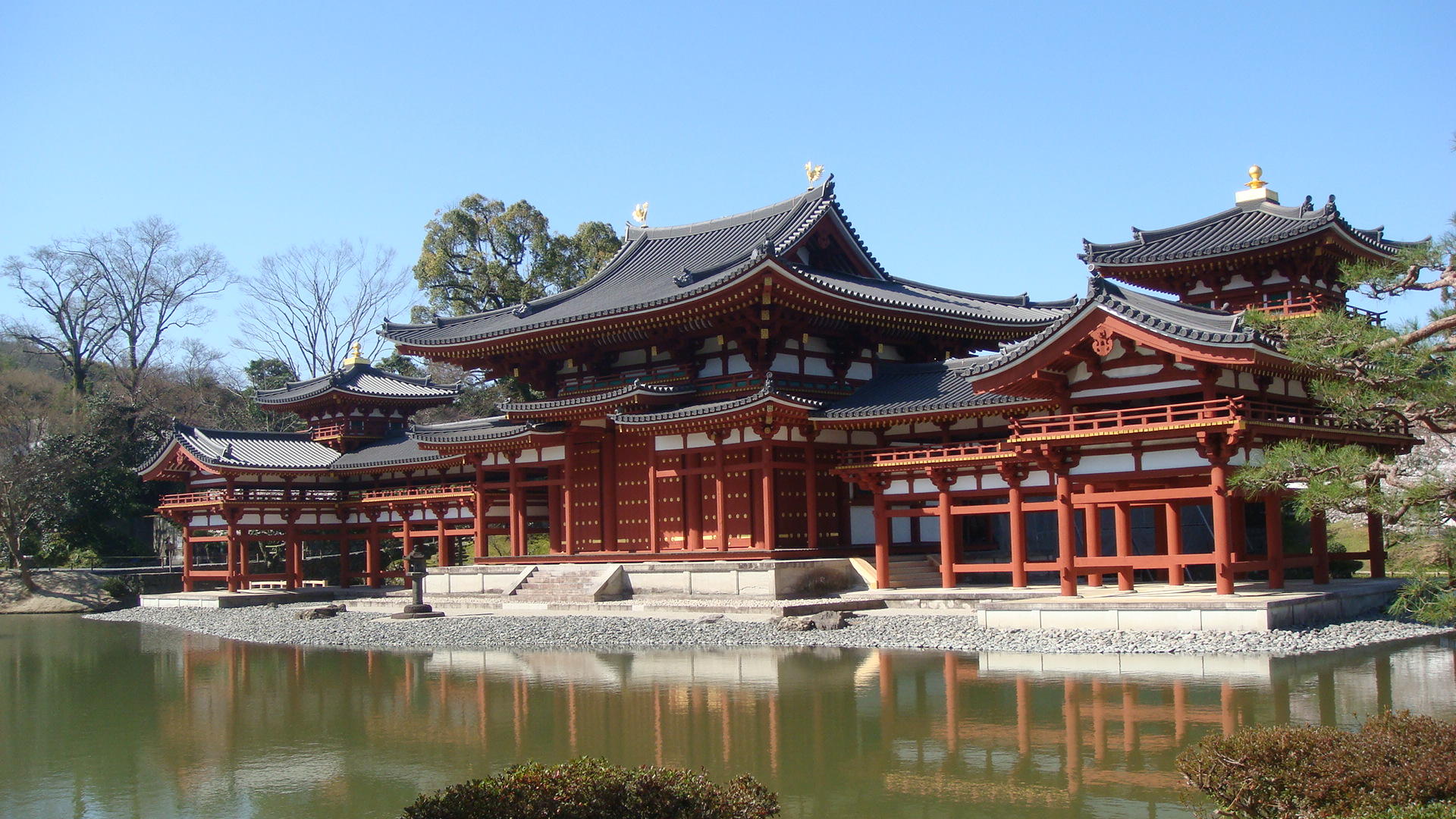 The garden is designated a special place of scenic beauty and incorporates the surrounding natural scenery, including the clear water of the Uji River and mountains. The whole area was designed with a purpose and the natural layout of the garden is said to represent the Buddhist Paradise or Pure Land Buddhist Garden.
The architectural style of the building significantly influenced the design of many temples in Japan during the period from Hiraizumi in Tohoku to Kamakura in Kanto. 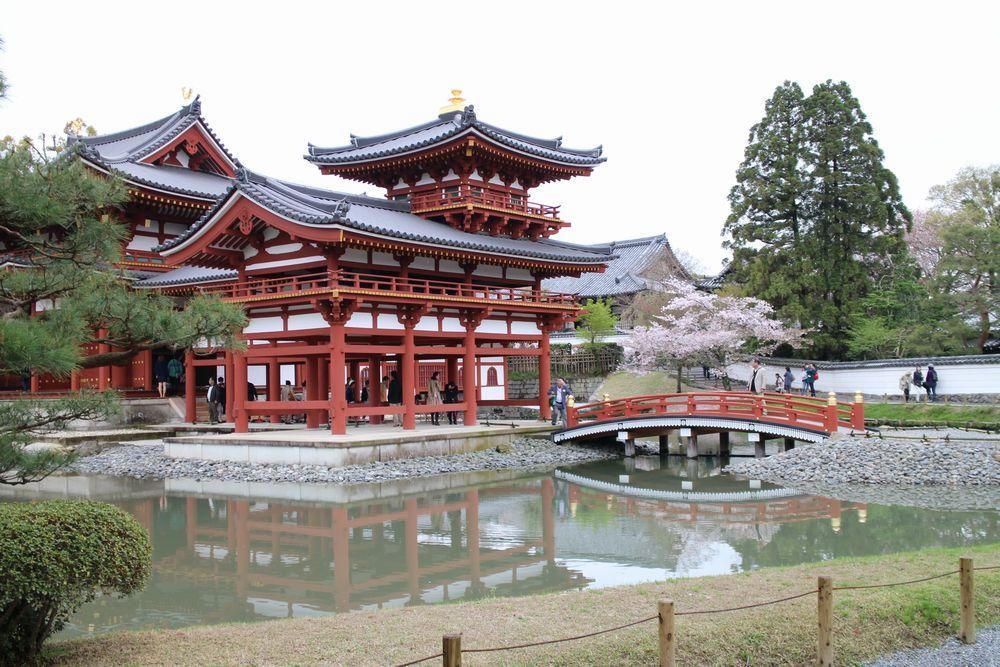 Inside the hall you will find a famous statue of the Amida Buddha and 52 Bosatsu (Bodhisativas) dating from the 11th century.
The Amida Buddha is made of Japanese cypress wood and is covered in gold leaf and stands at about three meters in height. It is a national treasure of Japan and was carved by the famous artist Jocho.

The hall also contains ornate ceilings as well as Buddhist images attached on the inner walls and colourfully painted doors.

The Phoenix Hall is looking magnificent at the moment due to renovation work which was completed last year. It has been painted in the same colours used when the building was first repaired in the 12th century, giving you the opportunity to view the famous hall as it was seen almost a thousand years ago.

If you want a sneak peak of this amazing building just take a look at the back of a ¥10 coin. If this doesn’t wet your appetite to pay this amazing place a visit, I don’t know what will. 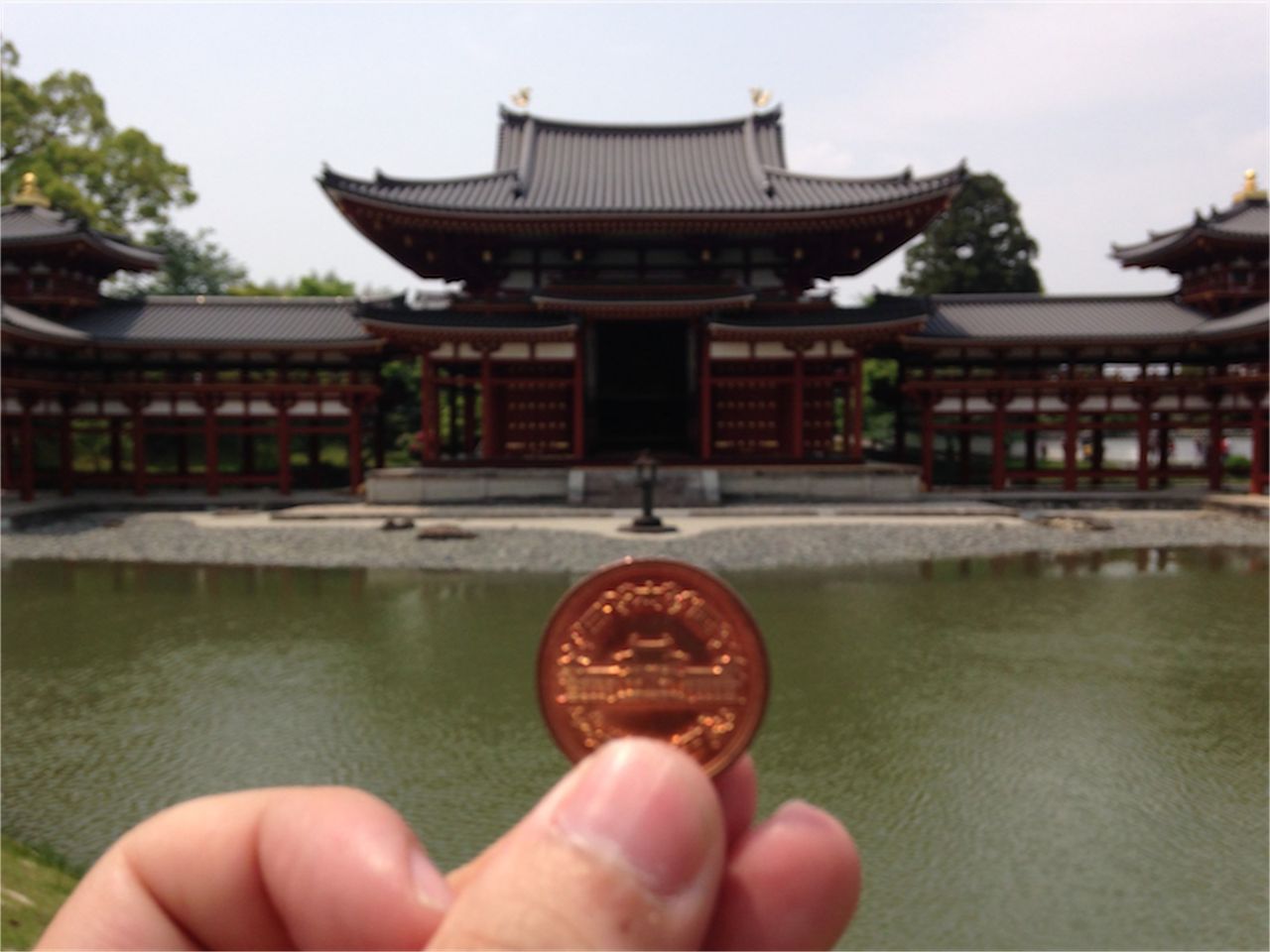 Make sure you also check out Byodo-in’s unique treasure house as it contains an assortment of the temple’s most valuable artefacts, including dozens of designated important cultural properties and national treasures. You will also find multilingual displays on Byodo-in’s construction and history.
The Phoenix Hall at Byodo-in Temple a UNESCO and World Cultural Heritage Site in Japan. 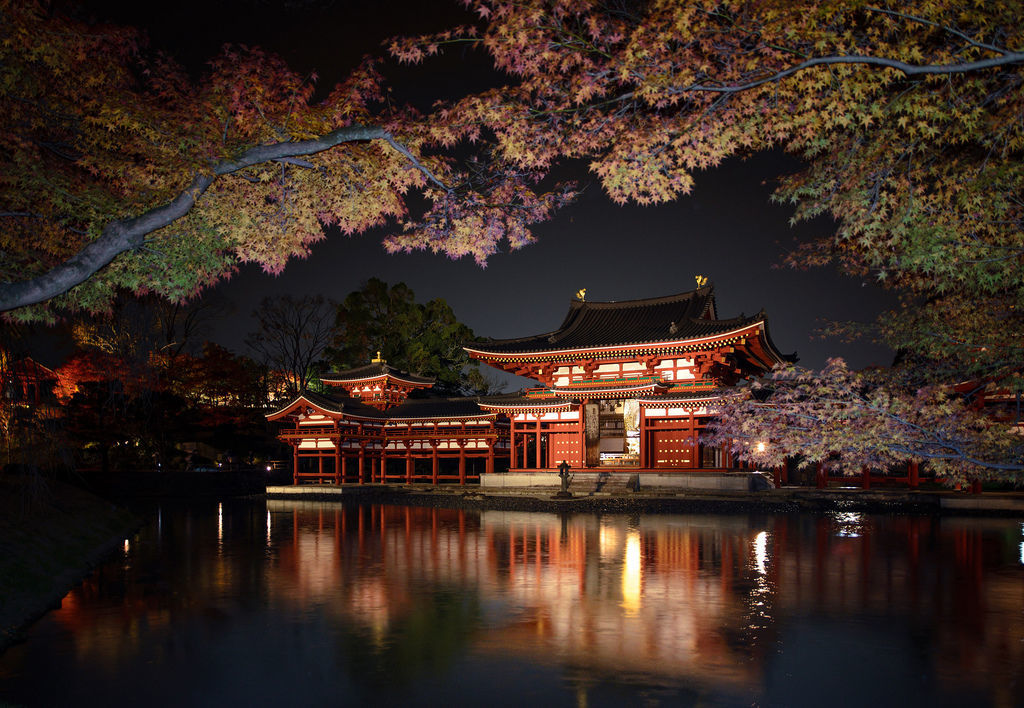