The Japanese cuisine may be mostly known for sushi but anyone contemplating a visit to Japan will eventually come across a number of dishes that are not as well known abroad. Okonomiyaki, also known as Japanese pancake is one of those dishes. Associated with the Kansai area and especially Osaka, okonomiyaki has found its way into most travel guides and “must try” lists. Few, however, will get a chance to taste its lesser known cousin from Tokyo, monjayaki. 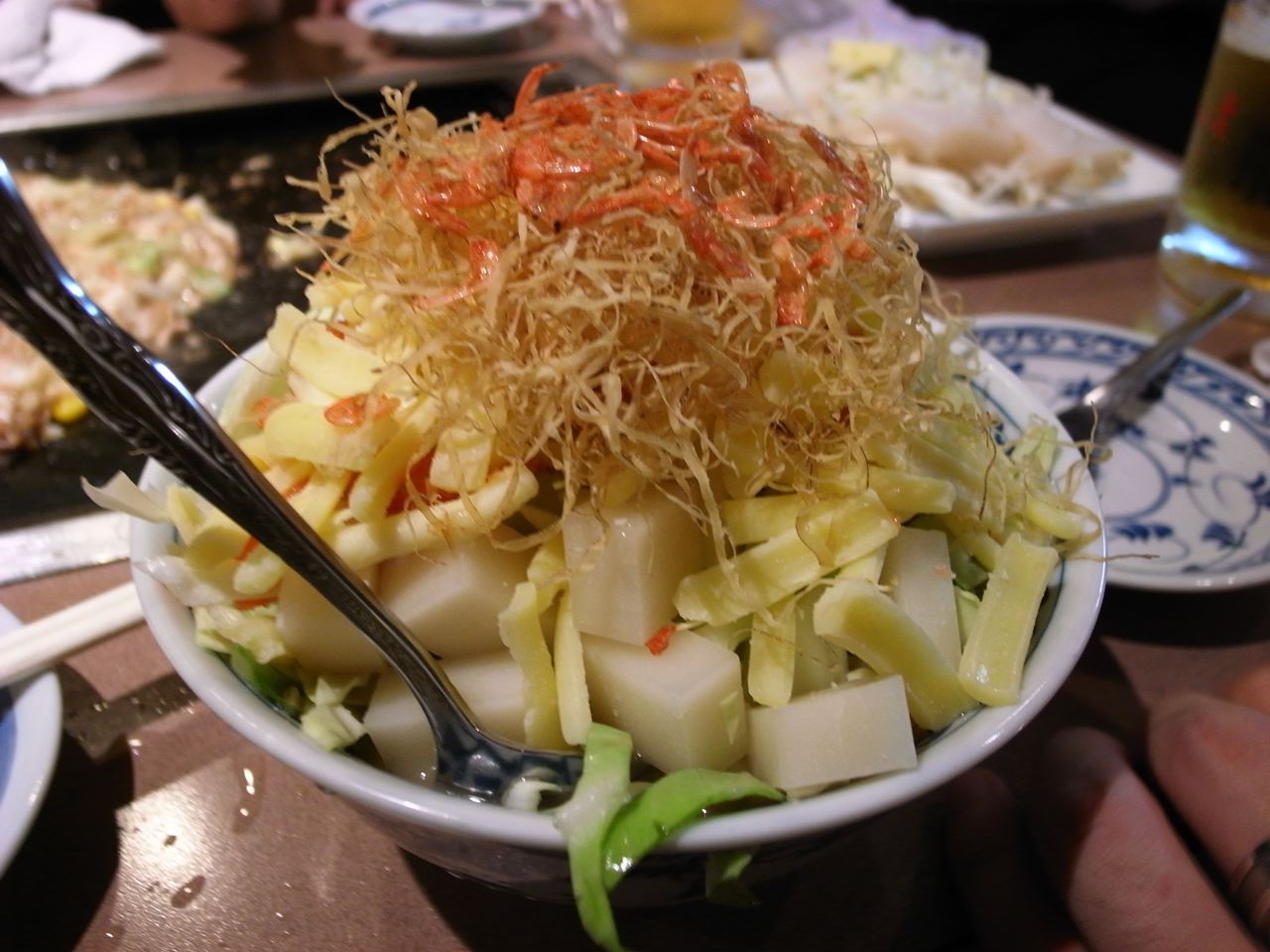 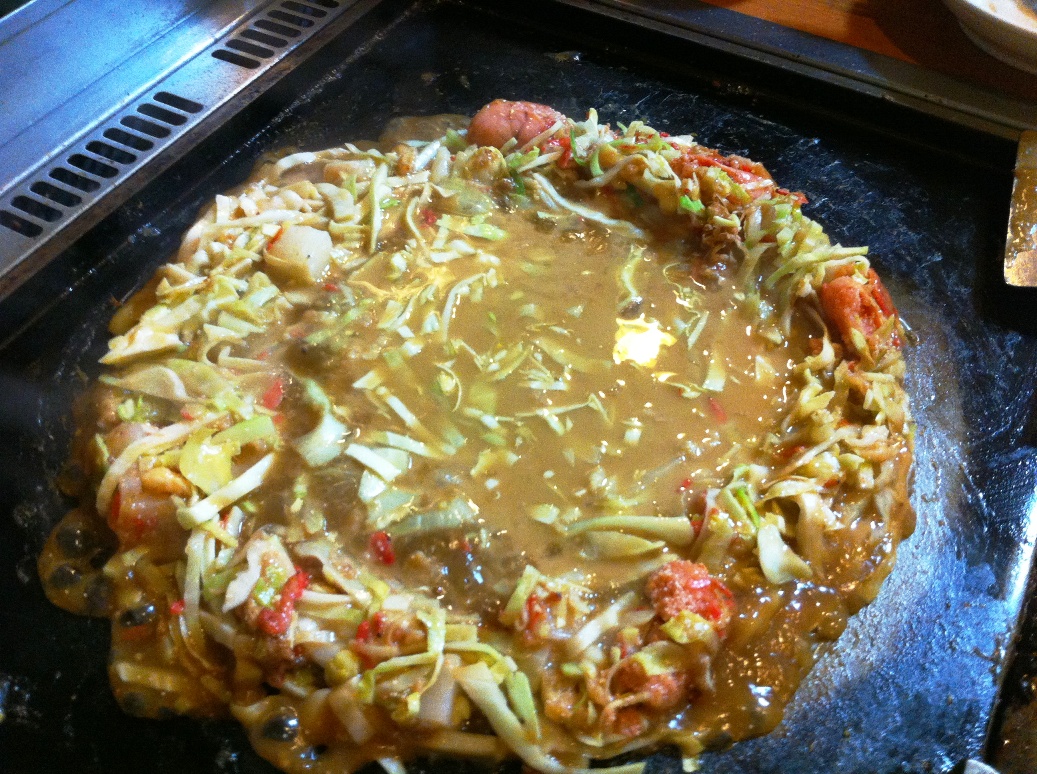 Originating in the Tsukishima area, monja never took off outside the capital. Even today many locals admit to never having tasted it although it can be found in the menus of most okonomiyaki restaurants throughout Tokyo. One reason may have to do with its looks: time and again I have heard friends describe it as “okonomiyaki gone wrong”. Truth be told, monja does not look as good as it tastes. A first-timer might even have trouble believing its cooked and ready to eat. That’s mainly because most ingredients require very little cooking and the final result is runnier than okonomiyaki. But take one bite with your small spatula and all doubts go away. 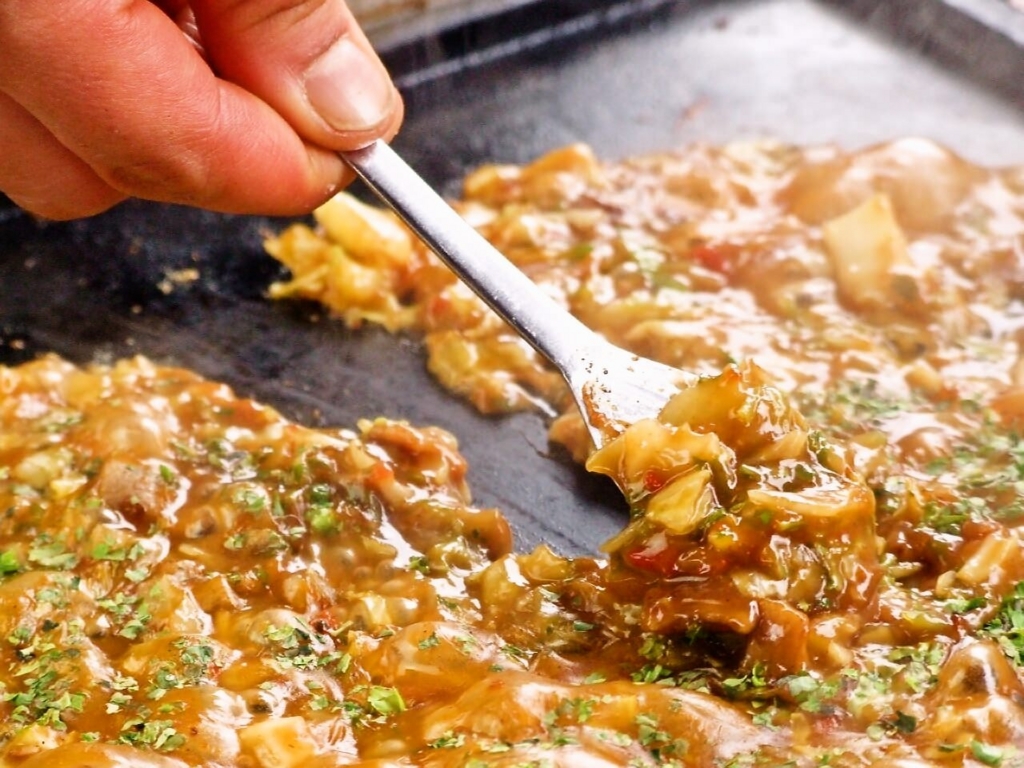 The beauty of monja (and indeed, many other Japanese dishes) is that it is shared food, eaten right off the grill, with some devoted fans scraping the surface for bits of burning batter at the end. It comes with seafood, meat, mushrooms or cheese with some restaurants creating their own specialties. Some places also have a policy of grilling the first batch, then letting the guests try unless otherwise requested. Being able to say “I had monja and I even got to grill it myself” was a great source of pride when I first moved to Japan and to this day manages to surprise many Japanese friends!

One of my favourite monja restaurants is Kotobukiya. The staff is friendly and eager to help the newcomers, the prices are low and the menu is large enough to satisfy even the most demanding customers. If it is full do not despair; there is an entire street known as Monja Street despite having a proper name, lined up with monja restaurants. Both the quality and the prices are similar so it might come down to which one has the shortest line, especially if you are visiting in the evening or on a holiday. 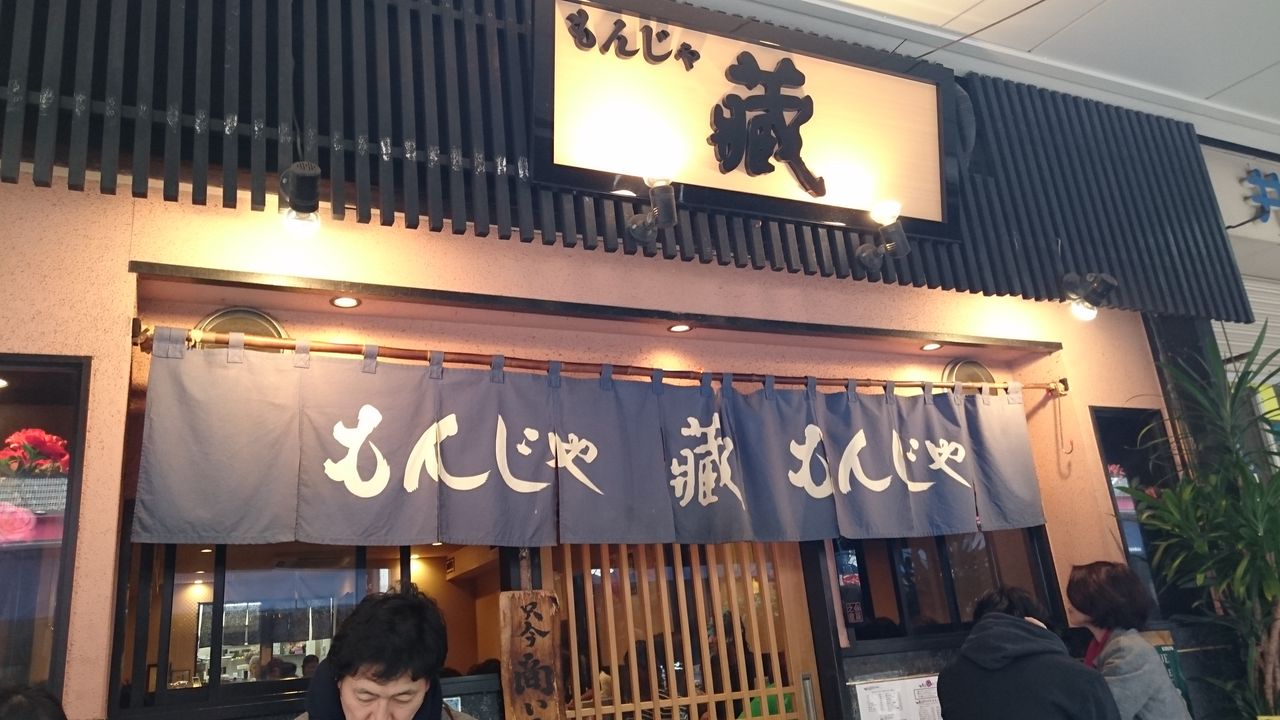 Once you’ve had enough monja (and with the photos to prove your newly acquired cooking skills) you can visit the surrounding area. Tsukishima is mostly famous for its Monja Street but there is more to it. A man-made island created in the late 19th century, Tsukishima has preserved its shitamachi (old Tokyo) character despite being within arm’s reach from the modern shopping area of Ginza and the Marunouchi financial district. Walk through the Tsukuda neighbourhood toward the riverside promenade. The view of the Chuo Ohashi Bridge at sunset will be worth your while. Walk through the narrow alleys and reach the Sumiyoshi Shrine. Its triennial summer festival attracts tens of thousands of visitors over the course of a week. You might also want to check out the Tsukishima Owl Cafe right off the Monja street or have some Melon Pan for desert. Tsukishima is for food lovers. 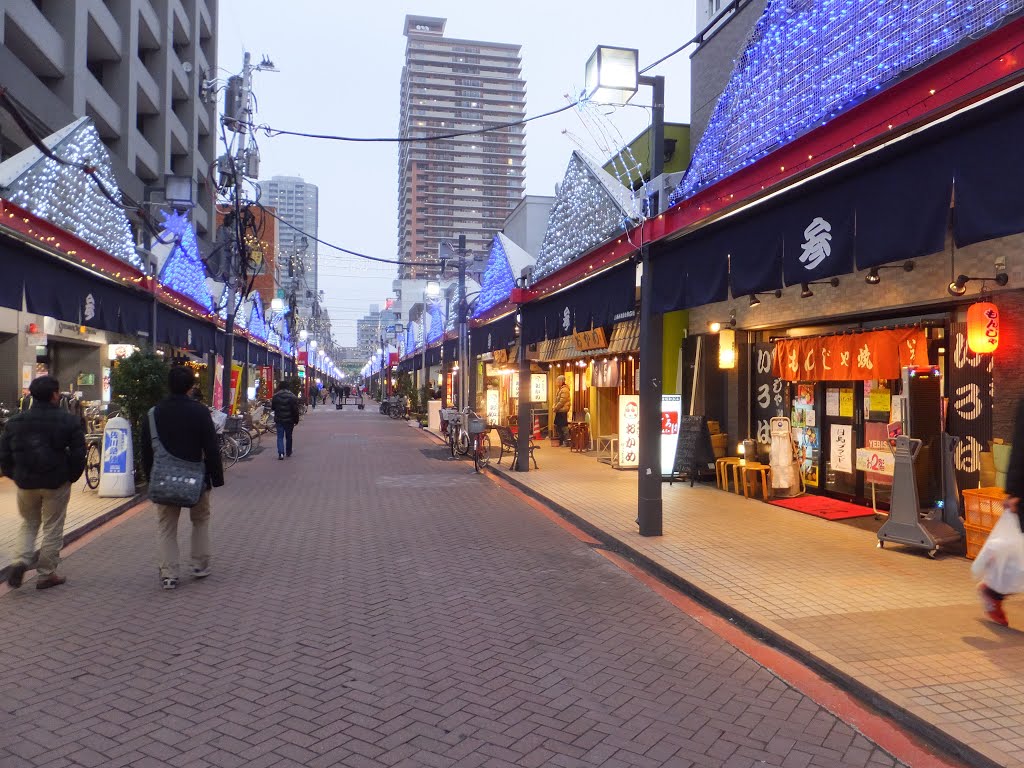