Kyoto’s Shimogamo Shrine is one of Japan’s oldest shrines, dating back over 1200 years. The shrine and its surrounding primeval forest Tadasu no Mori (literally “Forest of Correction”) was thought to have protected Kyoto from malign influences

The sacred grounds of the UNESCO-designated world heritage site typically close at 5:00 pm. This summer, however, visitors will be encouraged to arrive after-hours, on the rare occasion that the grounds are opened up at night and the shrine and forest brought to life by a spectacular light festival. 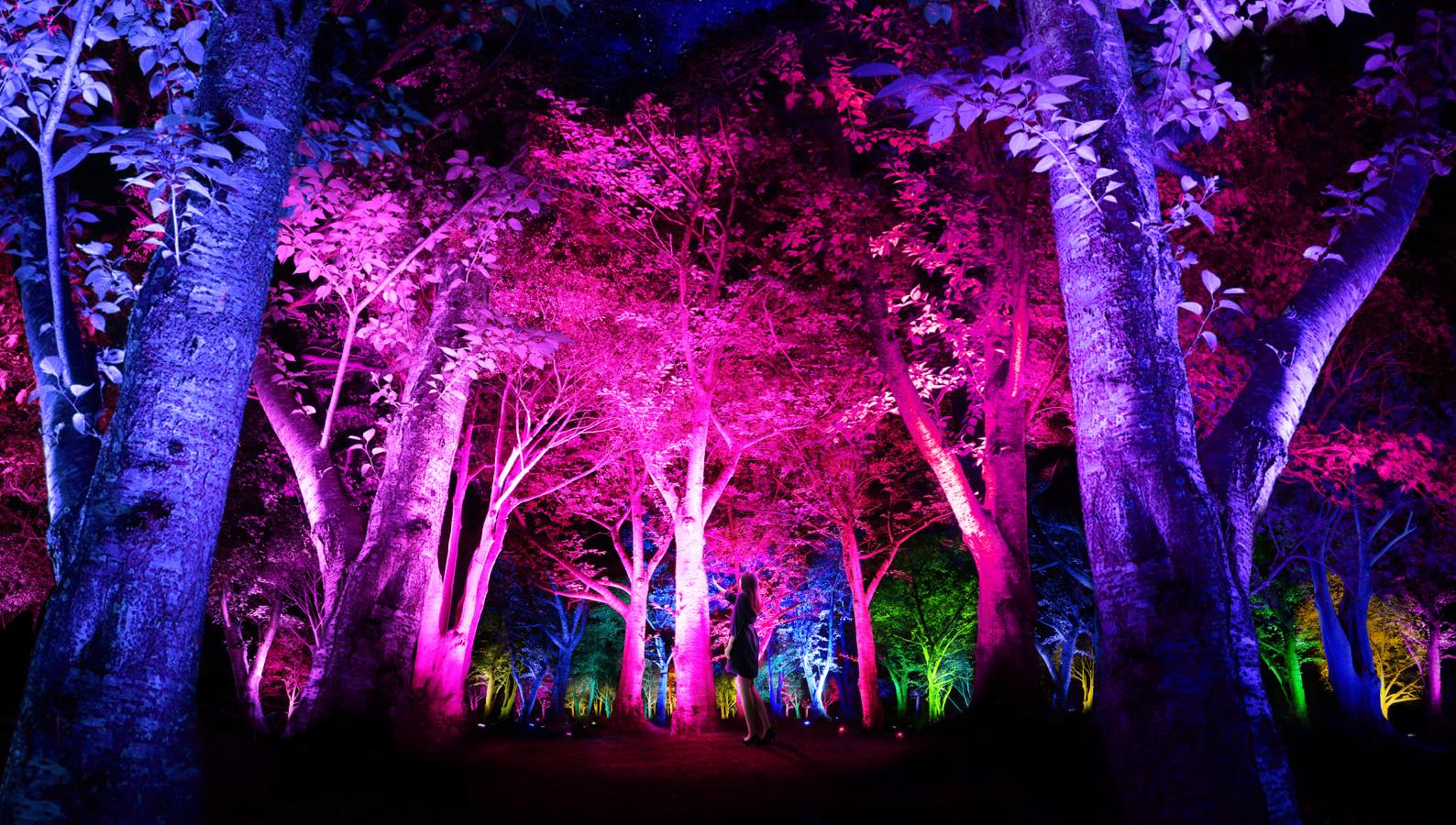 Japanese tech/art collective TeamLab, together with Shimogamo Shrine, will present two separate interactive installations. The first is “Resonating Trees,” in which all the trees along the approach to the shrine will be brilliantly lit up. When visitors or even animals approach a tree, their movement is detected, which triggers a change in tonal color. “It signifies the presence of people or forest animals,” says TeamLab, noting that “perhaps people will become more aware of the existence of other living things in the same space.” 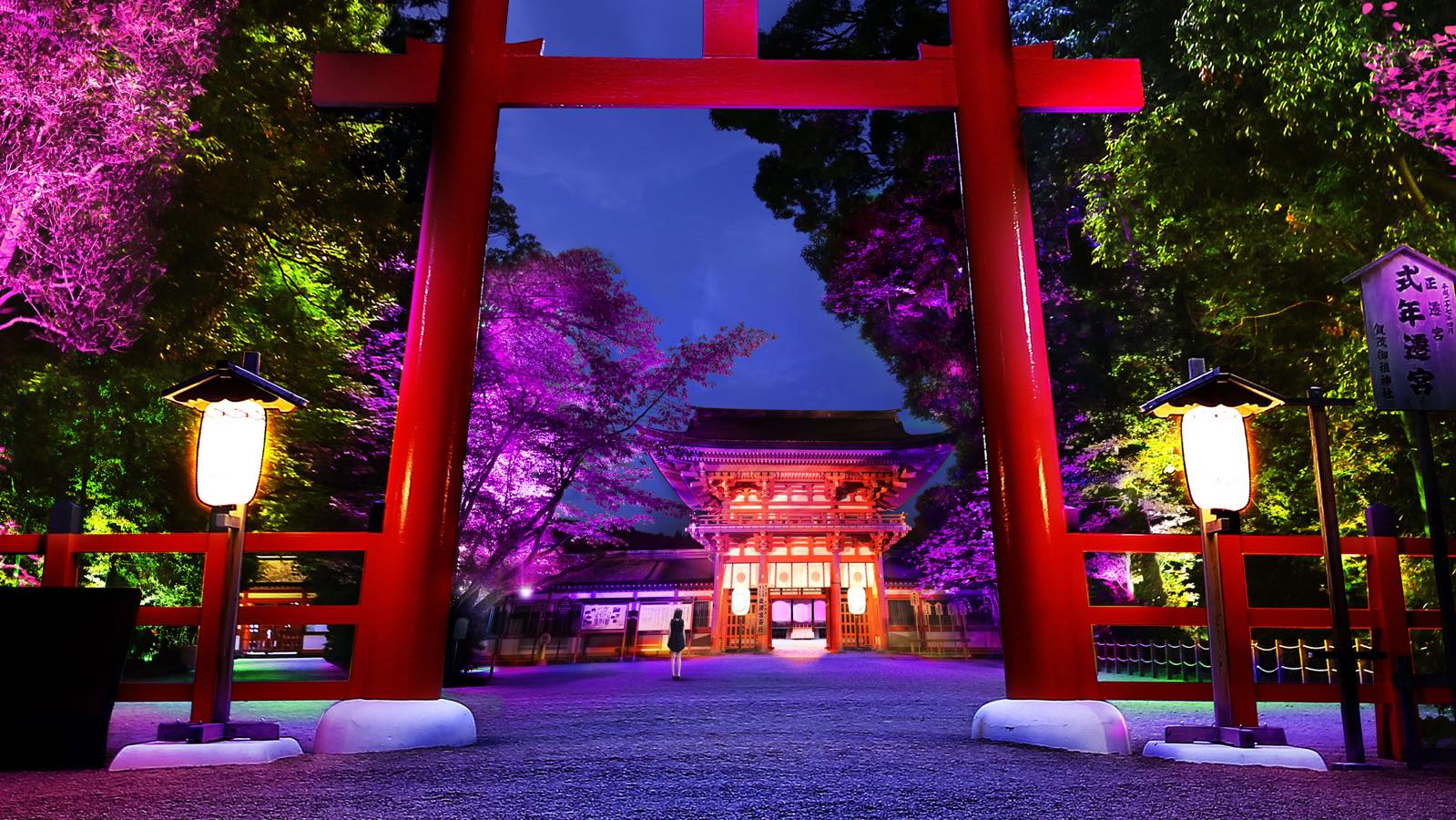 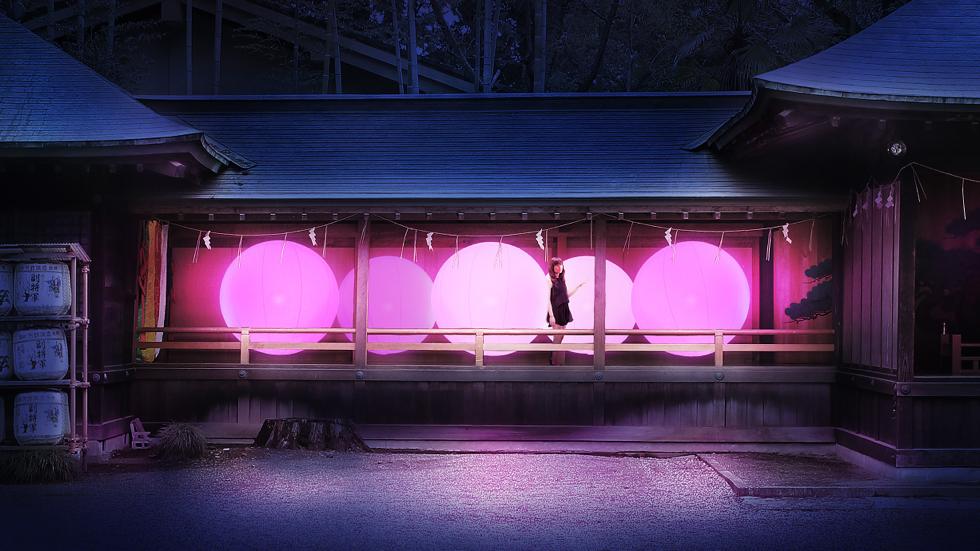 A 2nd installation of numerous floating balls of light will complement the trees. Each ball, fixed in place by a weight and strategically placed around Sakura Gate, will shine, dim and disappear as if softly breathing. The balls of light respond to contact, emitting different tones that at times sync with other balls around it. The installation was conceived and first introduced last year. However, beginning this year in 2016 it will take root as an annual tradition. Below are the dates and times:

Observing Tokyo on the Sumida River ...