Have you ever tried some of the strangest food only available in Japan? If not, here is a list of a few of them. Do try as long as you are in Japan. 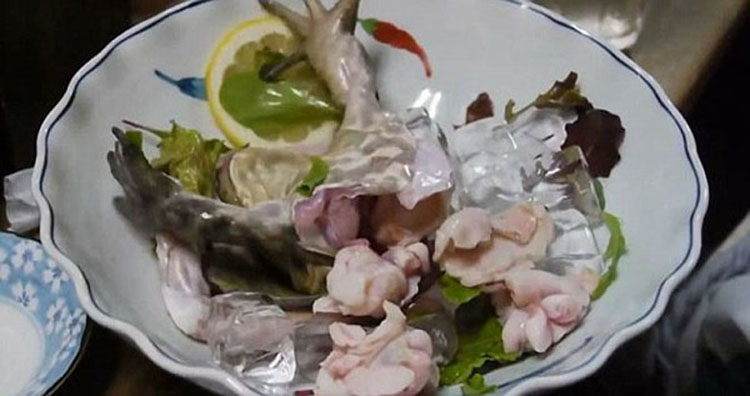 Asadachi is a very famous restaurant for raw frog meat in Shinjuku, Tokyo, Japan. Frog meat is a popular dish in Asian countries but only in Japan, tourists can enjoy a surprisingly fresh raw frog meat. Japanese people eat it because they believe that frog meat is good for their health and skin.
Frog meat is often served with the sauce made from lemon and soy sauce. Bones, head and skin are used to cook soup which is served right after the dish of frog meat sashimi. Frogs used to make sashimi are bull frogs, so this dish is very delicious and safe to eat. Bull frogs are not hard to find. In Namibia and Africa, bull frog meat is considered as a specialty. African people often discard the organs of bull frogs and use their meat to make different types of dishes.

If you like to try a new, strange and unique dish, frog meat sashimi is definitely a good choice for you. Eating raw frog meat is not only an experience in cuisine culture but also check how daring you are.

In many countries, due to the toxic inside the abdomen, eating fugu is banned. However, in Japan, fugu is a high-class dish and only few restaurants in Tokyo with licensed chefs are allowed to make dishes from these toxic fishes. Guests can die if they eat fishes ruined or spilled with the toxic. Even when these fishes are carefully made, guests can feel the light numbness inside their mouth. Fugu is served with boiled Japanese wine and the sauce made from a lot of spices such as sesame oil, soy sauce, wasabi, fermented radish, citrus soy sauce, lemon, chili, etc. to lessen the strong fishy taste of fugu. 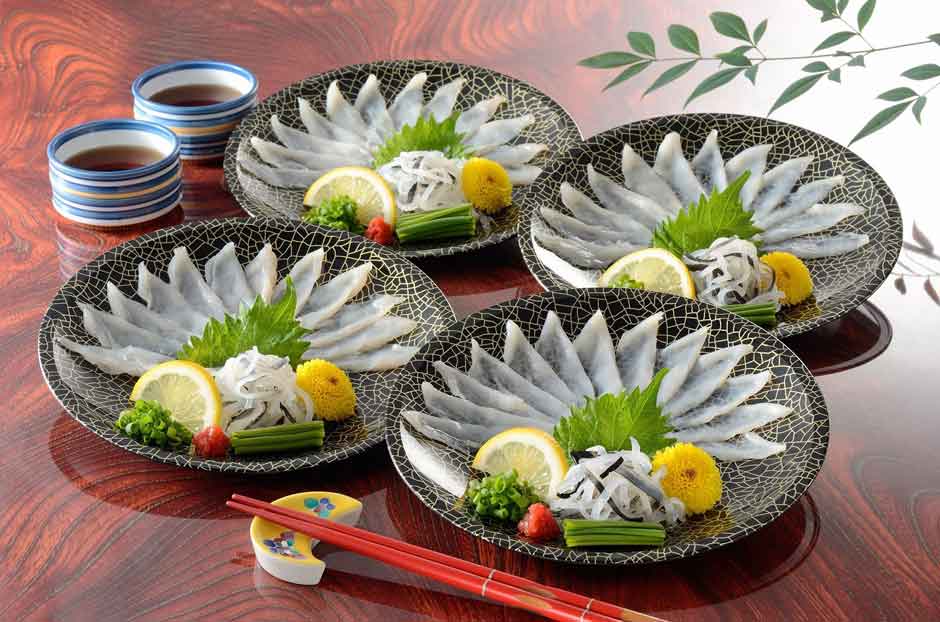 In spite of being toxic, fugu contains a lot of vitamins good for the health. Japanese people often say, “I want to eat fugu but I don’t want to die.” The saying let us know how delicious but how dangerous fugu is. Therefore, only experienced and licensed chefs can cook dishes made from fugu.
Besides, chefs master a skill called Usu-zukiri. It means they have to thinly slice fugu and arrange them on a plate in the shape of a daisy flower, a symbol of longevity and many precious characteristics of Japanese people. Fugu is only served in parties or dinners for VIPs.

Fugu is also often added in rice soup, a very nutritious dish. Fugusashi is served with soy sauce and dashi broth made from katsuobushi (dried tuna) and Kombu (seaweed). Fugusashi becomes more delicious if it’s eaten with some green onion.

One minus point for this dish is that you cannot make it at home. If you want to eat, you definitely go to one of licensed restaurants.

Shiroko means soft roe of male fishes. Japanese people often eat shirako of globe fishes or cod fishes. You can order a shirako dish at any sushi bars or izakaya (Japanese style restaurants).
However, many people say that shirako is not easy to eat due to its strong smell. Moreover, Japanese people prefer to eat raw shirako.

Actually shirako is a seasonal type of food and the autumn is the best time to enjoy shirako. Like other types of raw dishes shirako is served with soy sauce, wasabi and ponzu (citrus soy sauce). Shirako is often sold much in supermarkets in the autumn but the quality of supermarket shirako is not very good. The quality of shirako is evaluated based on its size and freshness. The bigger and fresher the shirako, the more expensive it is. If you would like to eat shirako with the best quality, you should go to restaurants. 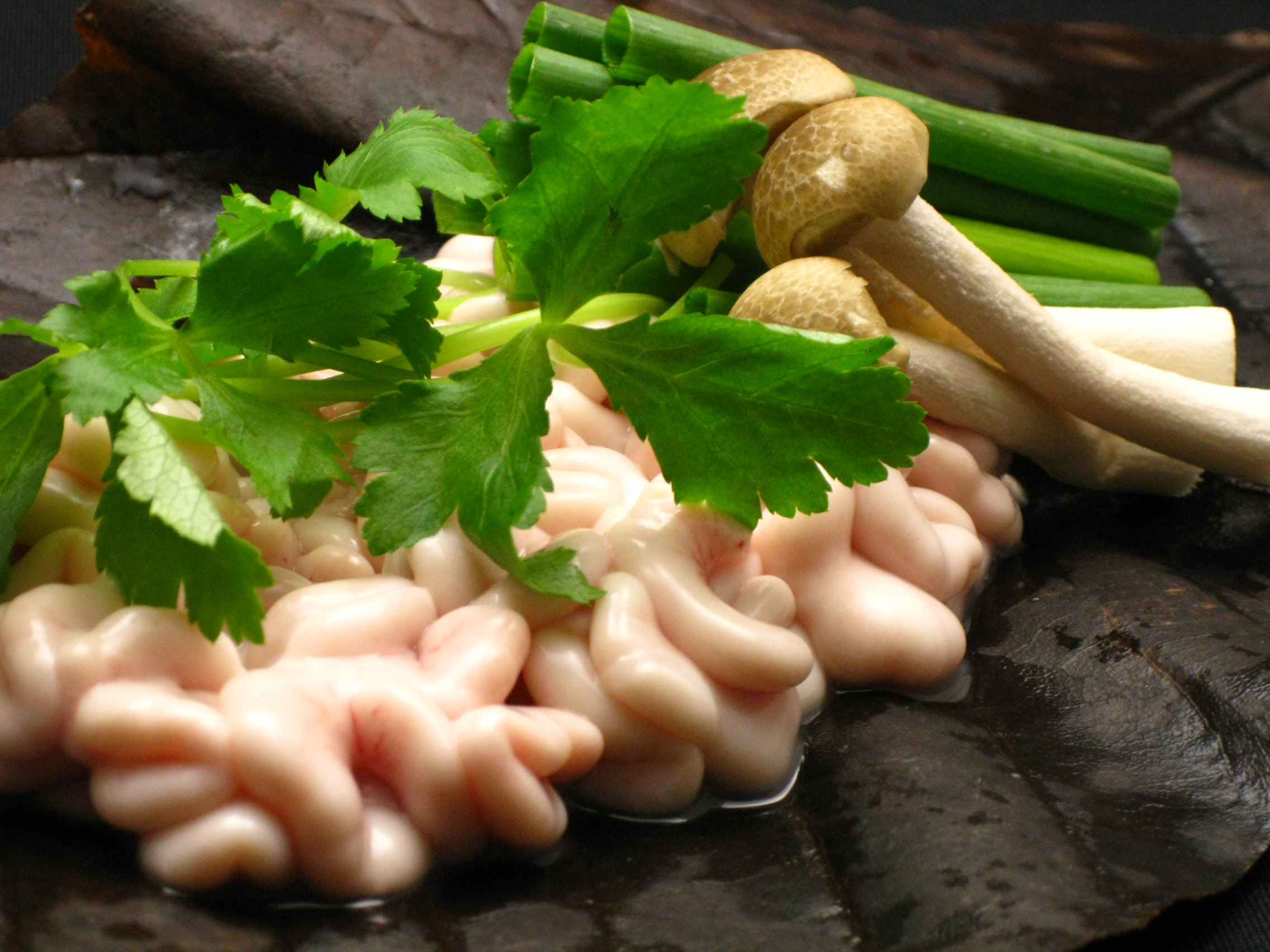 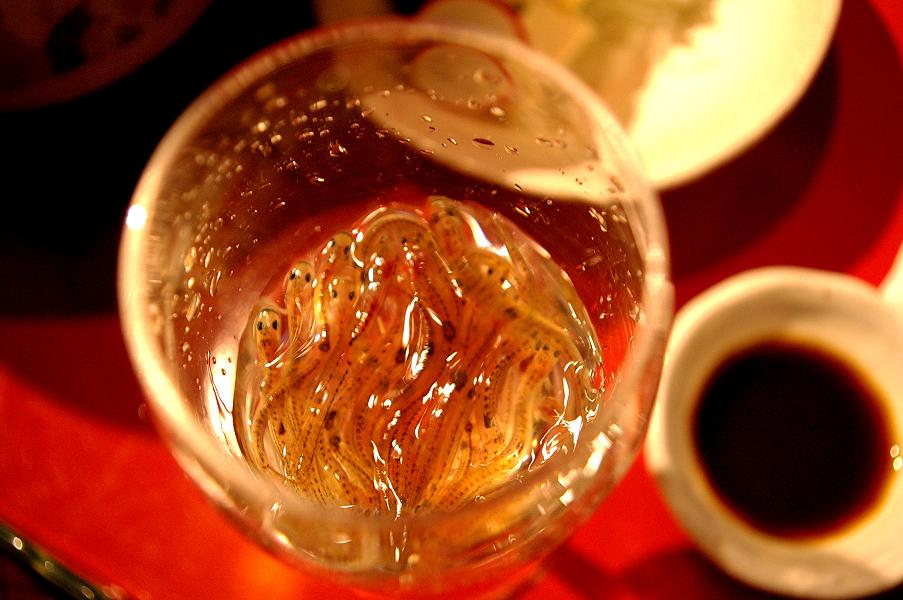 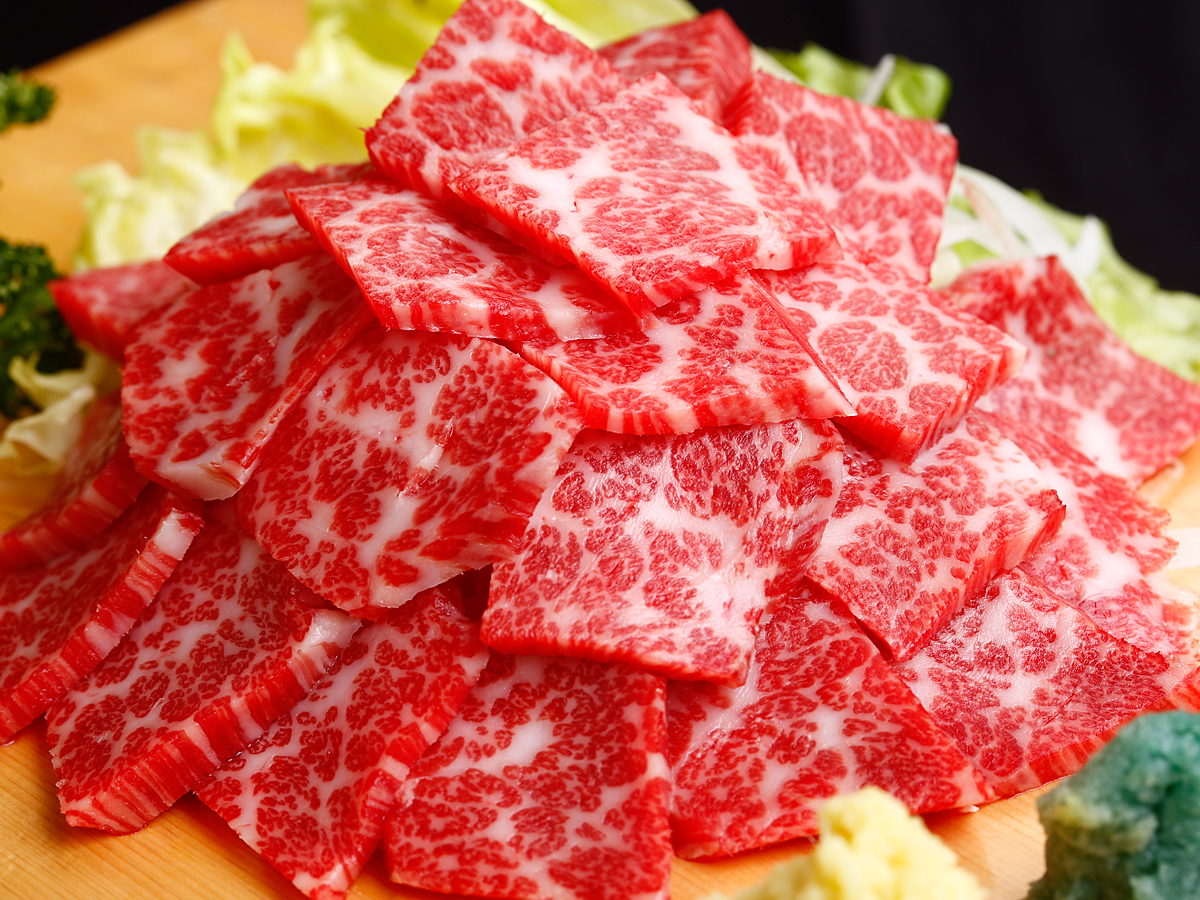 Horse meat contains more vitamins but less fat and cholesterol than beef, so it’s easy to be digested and good for the health. Also, it is said that horse meat is sweeter and more delicious than beef.

In izakaya, basashi is often a very favorite dish served with Japanese wine but the quality is not guaranteed because it’s often made from frozen horse meat. If you would like to enjoy the best basashi, you should go to horse meat stores where the experts will explain to you details about different types of meat. It is said that the horse meat of half meat and half fat is the easiest to eat.

8 Hot Springs and Bathhouses in Japa...