A festival rich in cosmopolitan atmosphere befitting a city which has prospered through trade. 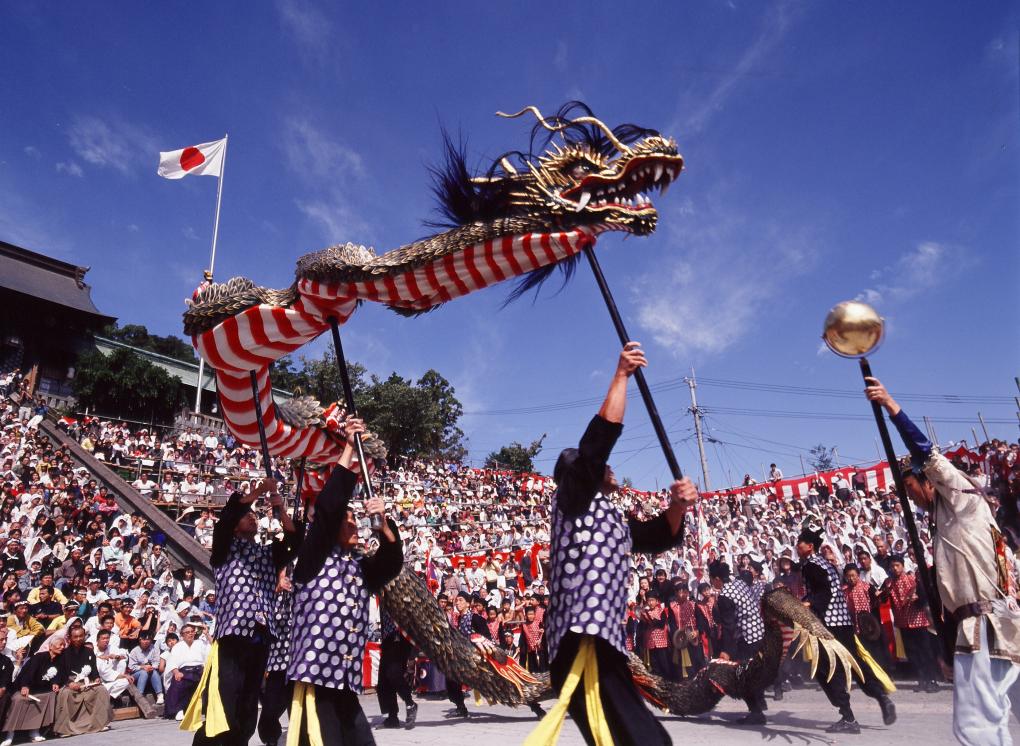 This is an autumn festival held at Suwa Shrine which has a history of 380 years. Today, this festival is held every year for three days starting on October 7th in accordance with the solar calendar, drawing large numbers of tourists from both inside and outside Nagasaki Prefecture. 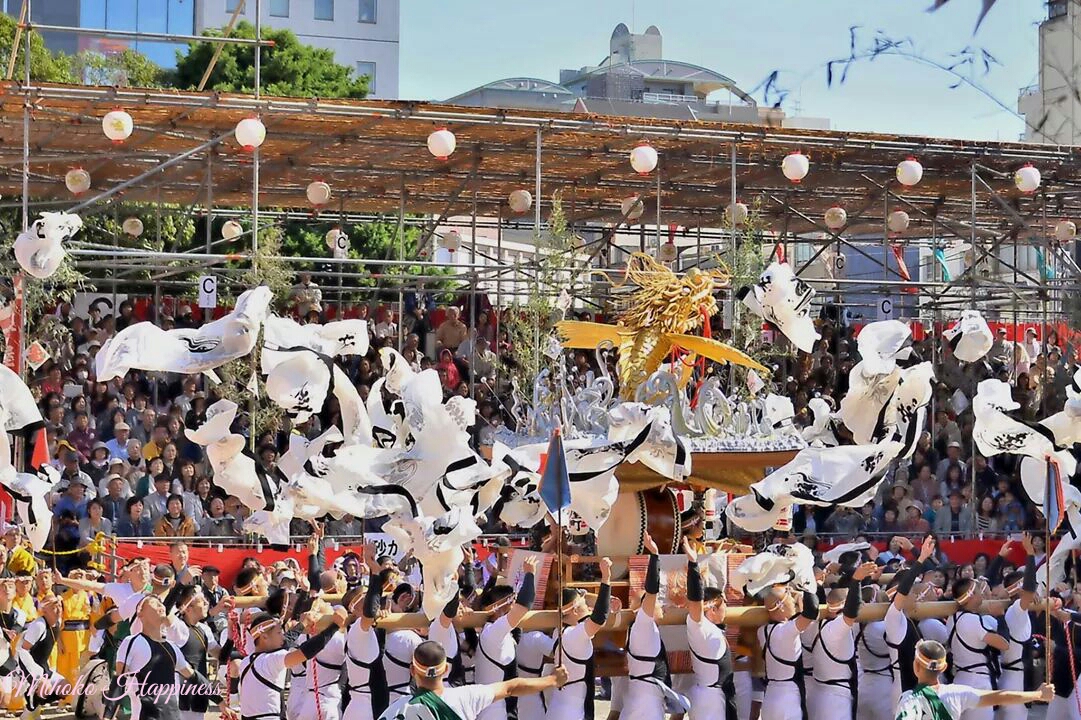 The greatest highlight is the Hono-Odori in which the towns in charge, called Odori-cho, take turns every year to perform dances. Each Odori-cho takes charge once every 7 years. The Hono-Odori is also performed in the square in front of the City Public Hall, at the sacred resting-place for gods during the festival parade and at the Yasaka Shrine. 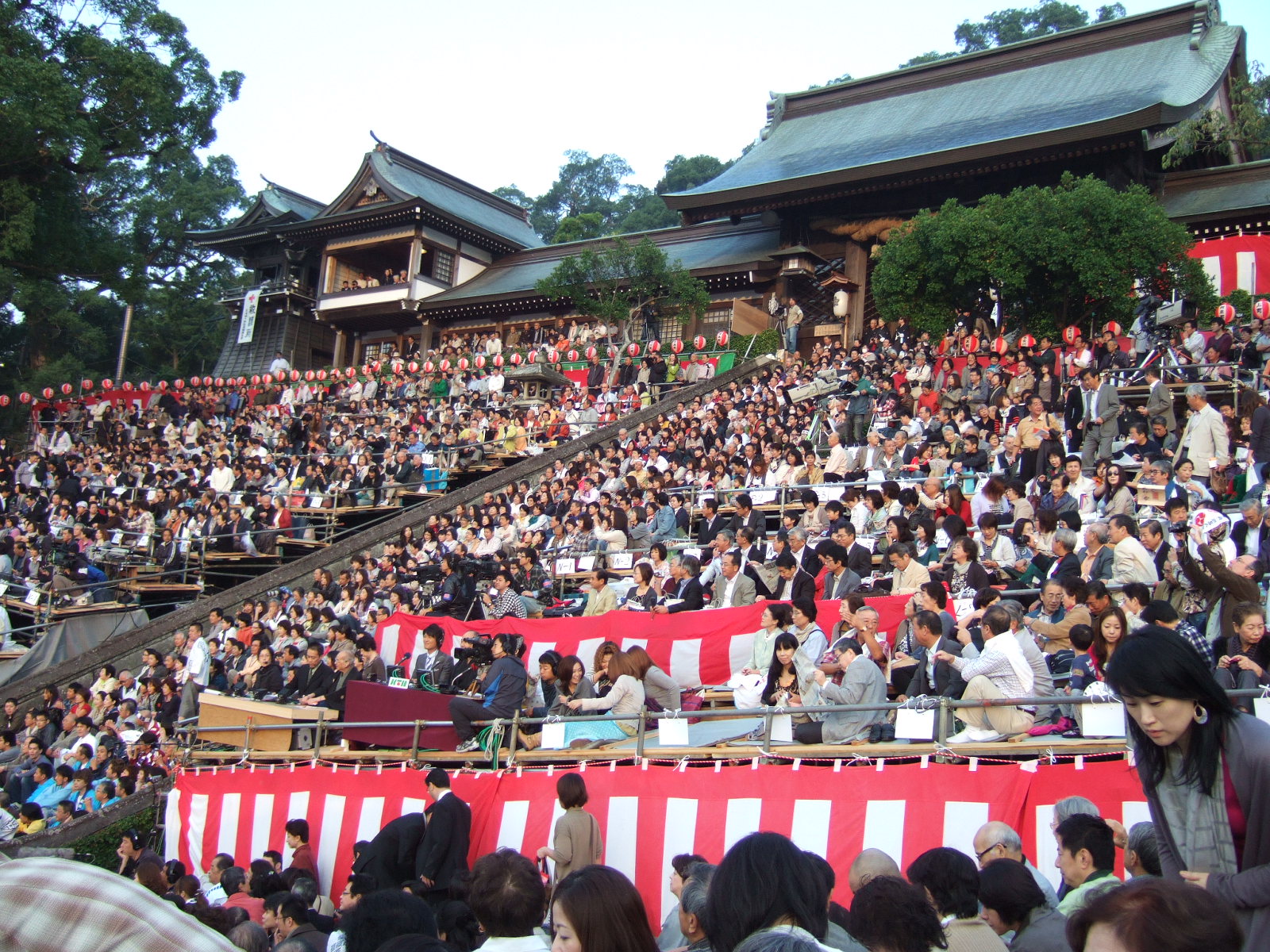 Moreover, the attractions prepared by the Odori-cho include dazzling floats shaped like river barges or Chinese boats on wheels. When the decorations, some over 100 kg and serving as placards of the town, arrive at the head of the parade, the spectators lining the streets call out “Come quickly, we’re waiting!,” or “Turn around in a big circle!” 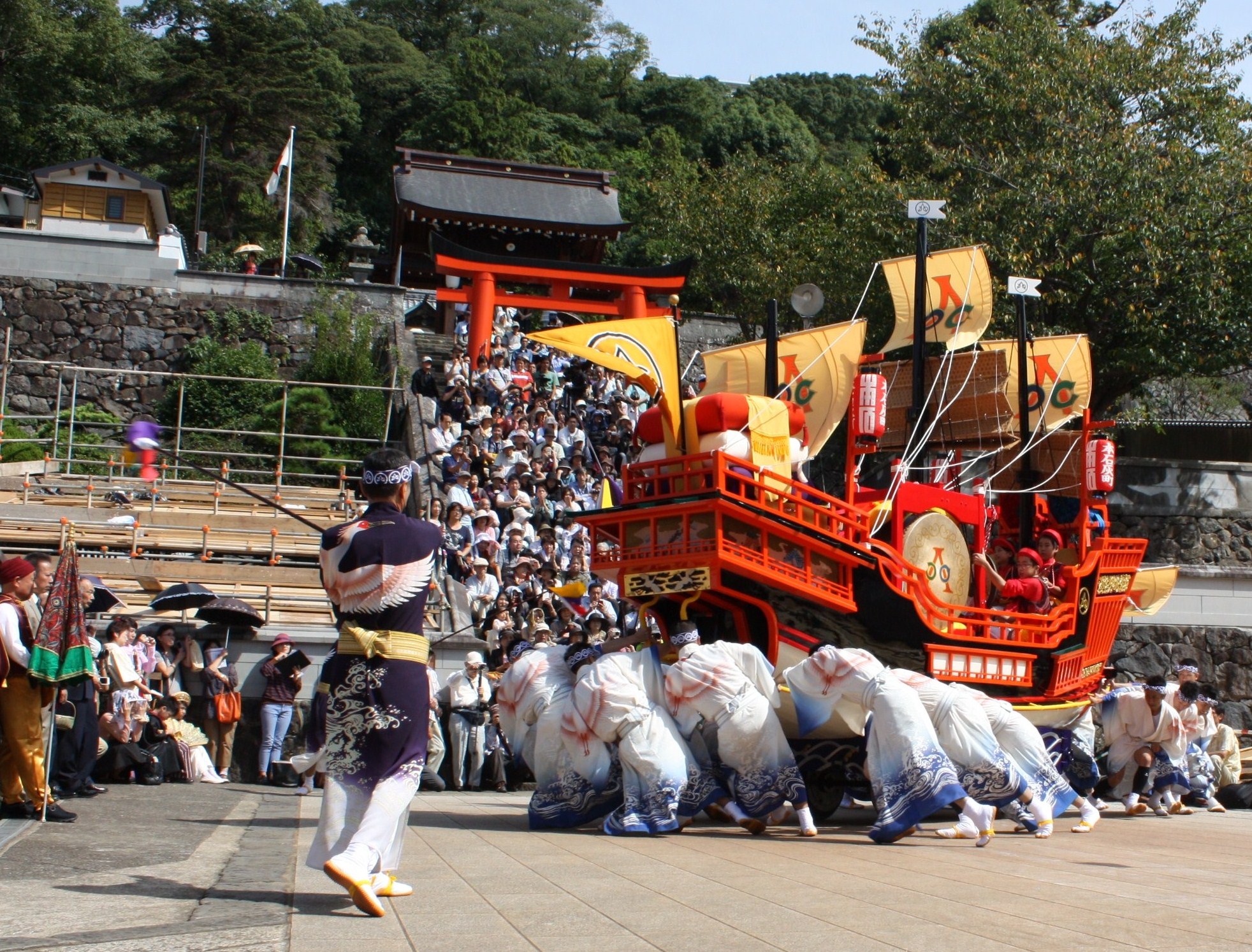