According to some, had it not been destroyed by bombardments in World War II, the Nagoya Castle would have surpassed Himeji Castle, as Japan’s most impressive feudal castle. Nonetheless, its current ferroconcrete reconstruction from 1959 and surrounding Meijo Park with over 2,000 cherry trees makes for a marvelous sight in early spring. But the castle is a picturesque vision throughout the year with a variety of blooms. 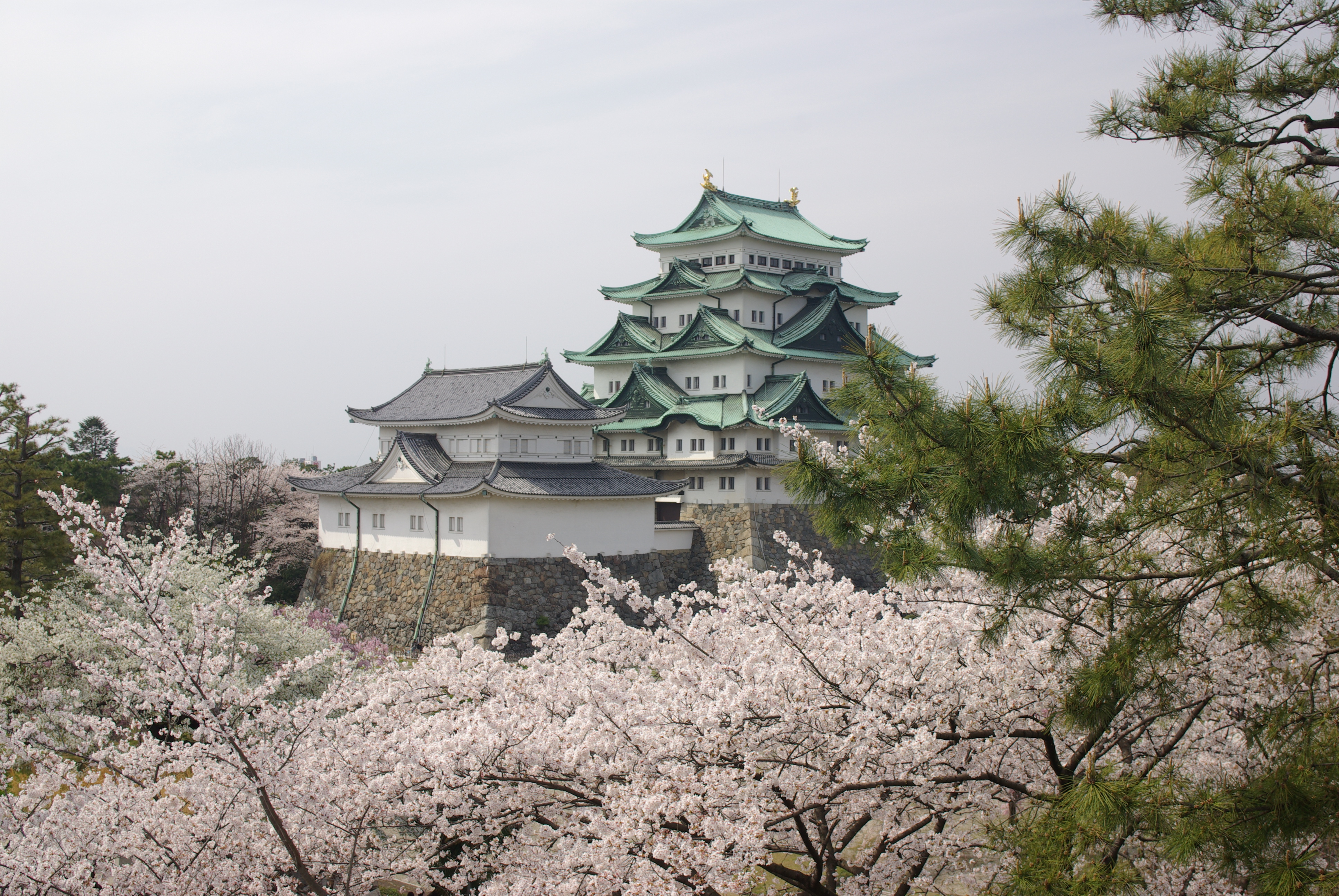 The castle was built as one of the largest castles in Japan in the early Edo period to become the seat of power of a branch of the Tokugawa clan, who ruled Japan at the time. From its strategic position between Kyoto and Edo, present-day Tokyo, the small castle town of Nagoya quickly grew to become one of Japan’s major cities. Since the surroundings of Nagoya are relatively flat the castle is defended by dwarfing sloping walls built in a unique technique named ogi kobai, or fan sloping as they curve at the top, and several wide moats. 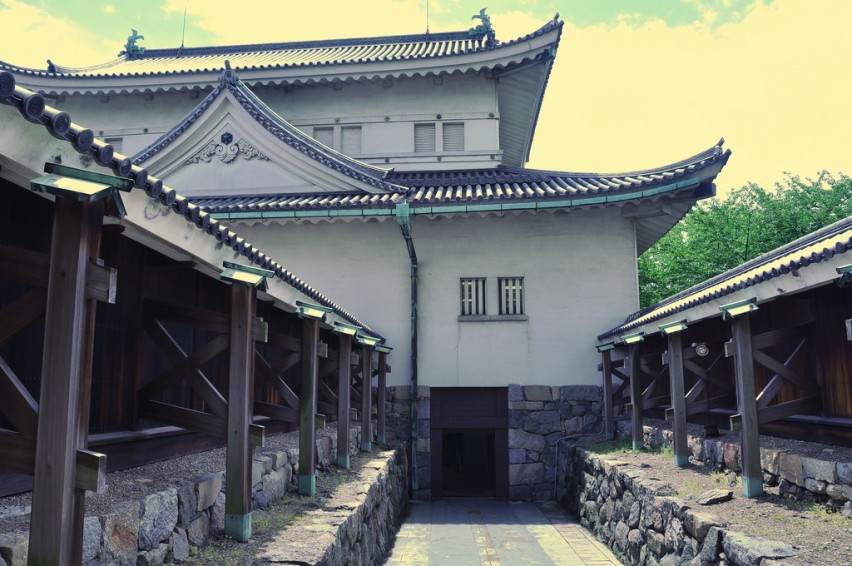 As mentioned before, most of the castle has been destroyed by air bombardments but many buildings have been reconstructed over time. Most significant, is of course the grand main keep, which currently houses a museum featuring some of the surviving artifacts including Edo period armor and weaponry, as well as traditional Japanese tatami rooms with painted sliding doors. 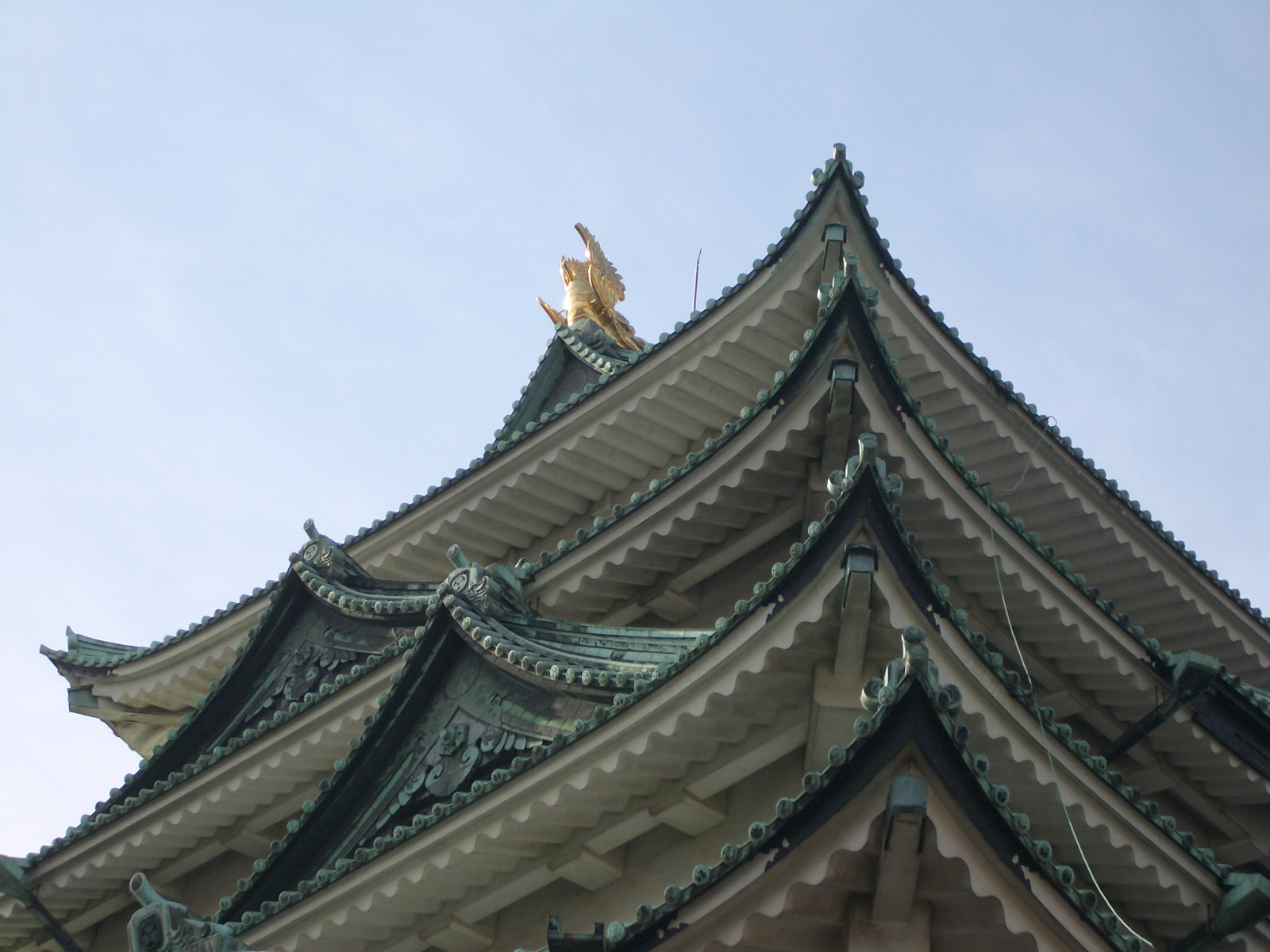 On the first floor of the keep is a small theatre which displays the artifacts and the castle’s Hommaru Palace (next to the main keep), which is currently under reconstruction until spring 2018. You can, however, watch the construction works going on from a walkway. This is quite a unique opportunity to see traditional construction techniques being used and is everything, but an excuse to skip visiting Nagoya Castle. 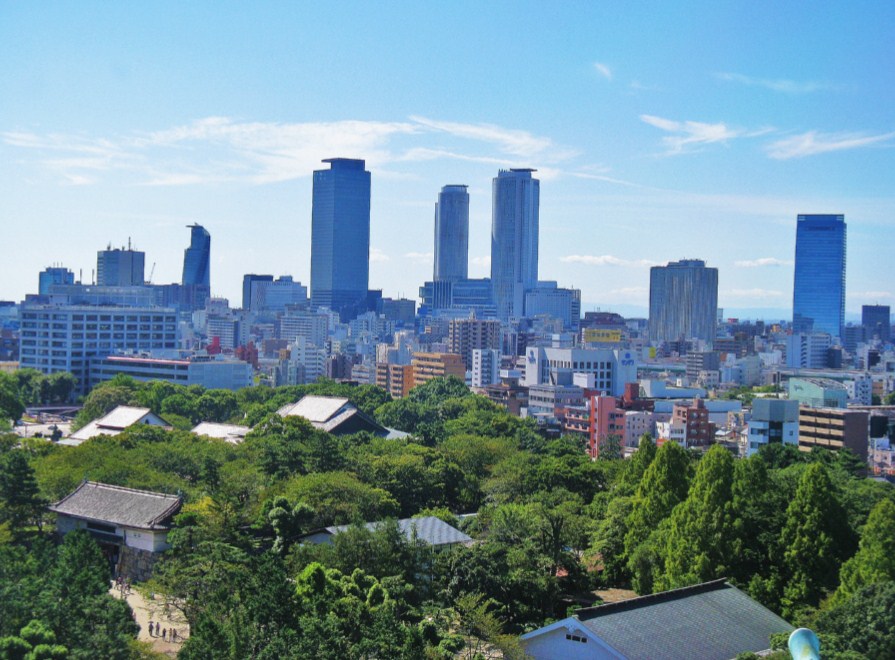 Another piece de resistance is the observation deck on the top floor of the main keep overlooking Nagoya and from which you can see other major buildings such as the twin towers at Nagoya Station. Within the castle grounds you can wander around to see the three corner turrets and the beautiful Ninomaru Garden with its more modern tea-house to enjoy some delicious green tea and traditional Japanese confectionary.
Access, opening hours and admission fee

There are several ways of getting to Nagoya Castle from anywhere in the city. You could take the subway to Sengen-cho on the Tsurumai Line or Shiyakusho on the Meijo Line, which you can access from Nagoya Station by transferring to the line at Nagoya Castle. Both stations are about a 10 to 15 minute walk away from the castle itself. Another option is to take the Meguru Loop Bus for which you can get a day pass for only 500 yen or take the city buss numbers 13 or 27 to the main entrance. 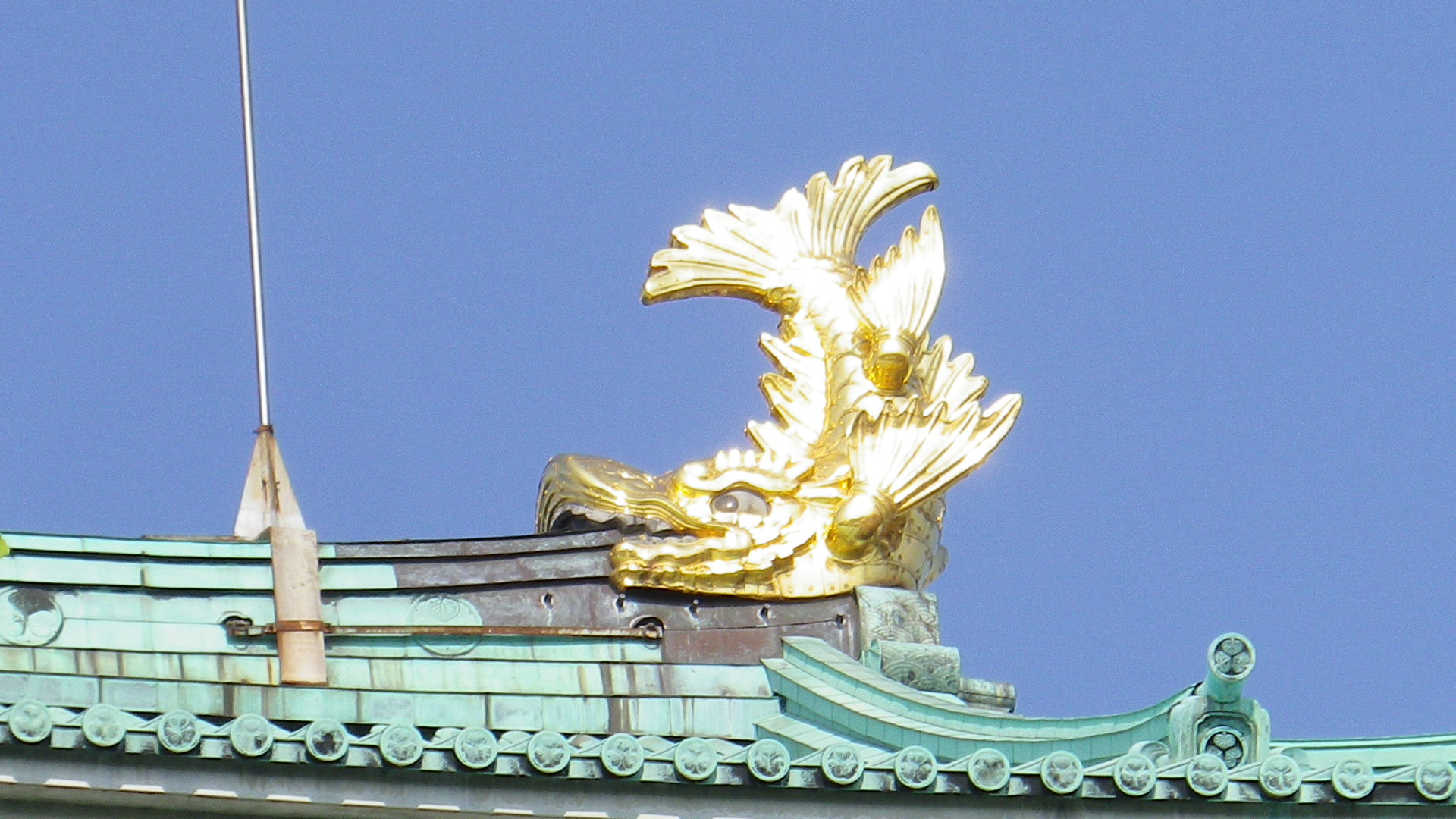 Nagoya Castle is open to the public from 9:00 to 16:30 every day, except for December 29th to January 1st when the castle is closed. Admission costs only 500 yen for adults and children in junior high school or younger are granted free admission. Local guides offer free English-speaking tours on Sundays, Mondays, Wednesdays and Saturdays at 13:00 from the East Gate. You can also reserve a private tour at least 7 days in advance through their organization, Aichi Goodwill Guides Network (AGGN).