Churaumi Aquarium is a very popular spot in Okinawa, a popular resort in Japan! Its whale shark of 8.6 meter in length swimming in the largest tank in the world is spectacular! You can also observe precious fish such as deep sea fish and tropical fish! Let me introduce 6 must-see sights of Churaumi Aquarium 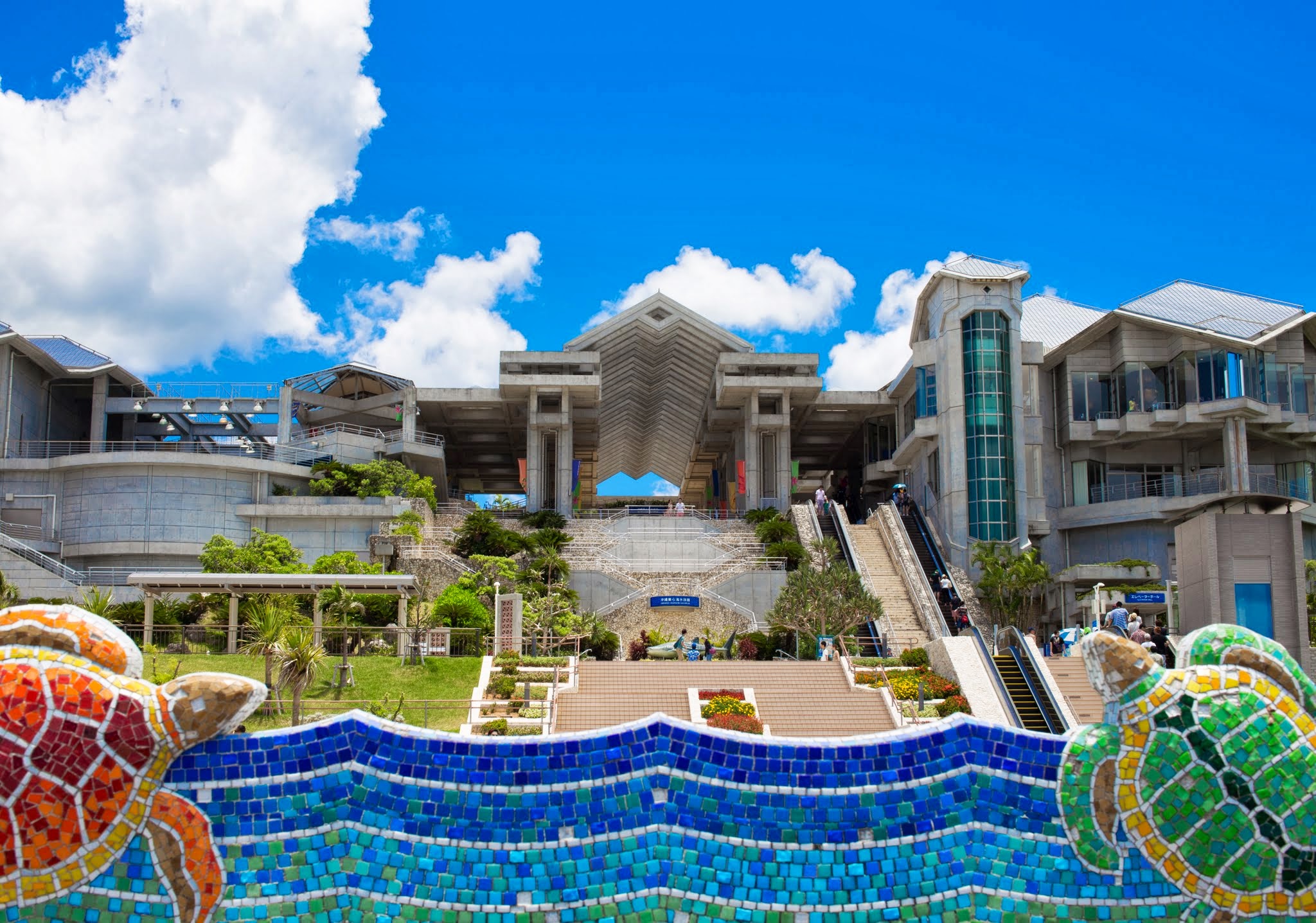 Churaumi Aquarium has 77 water tanks for exhibition including “Sea of Kuroshio Current,” the largest spectacular water tank in the world. It introduces a variety of sea creatures, with the concept of encountering the sea of Okinawa. You can observe whale sharks as well as Manta alfredi on a large scale. 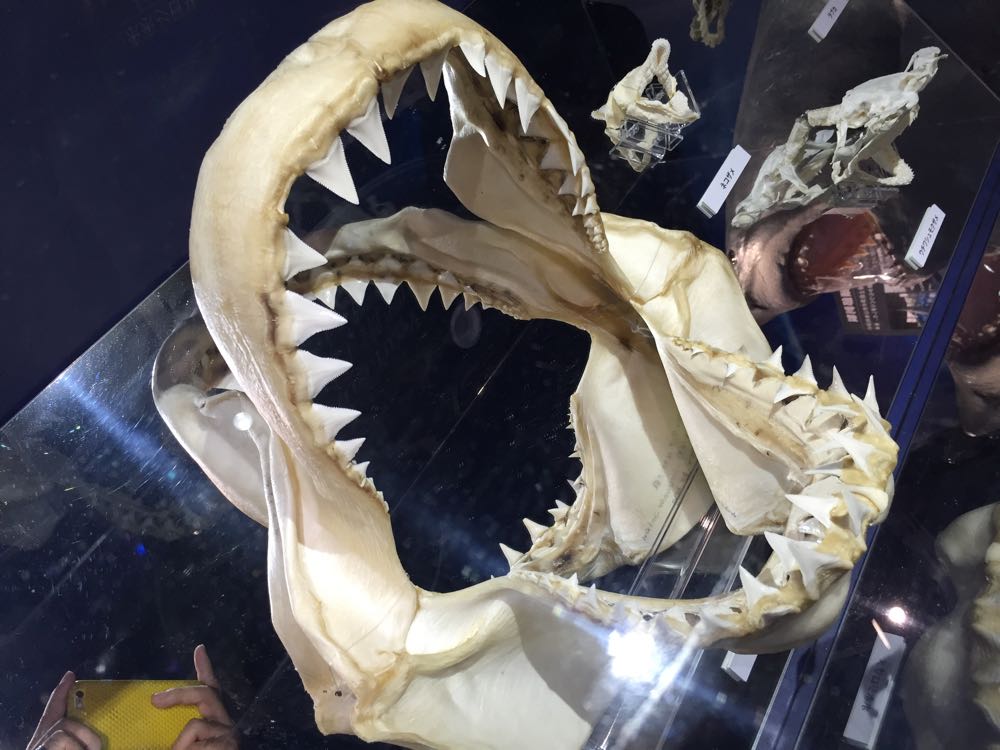 When you enter the Dr. Shark’s room of dangerous shark, you are greeted by a replica of the jaw of Megalodon, an extinct ancient shark of 16 meters long. Real sharks are swimming in a water tank, and samples of teeth and skins of sharks and rays are exhibited, which you can actually touch.

No.5 Enjoy a variety of tropical fish!: Sea of Tropical Fish 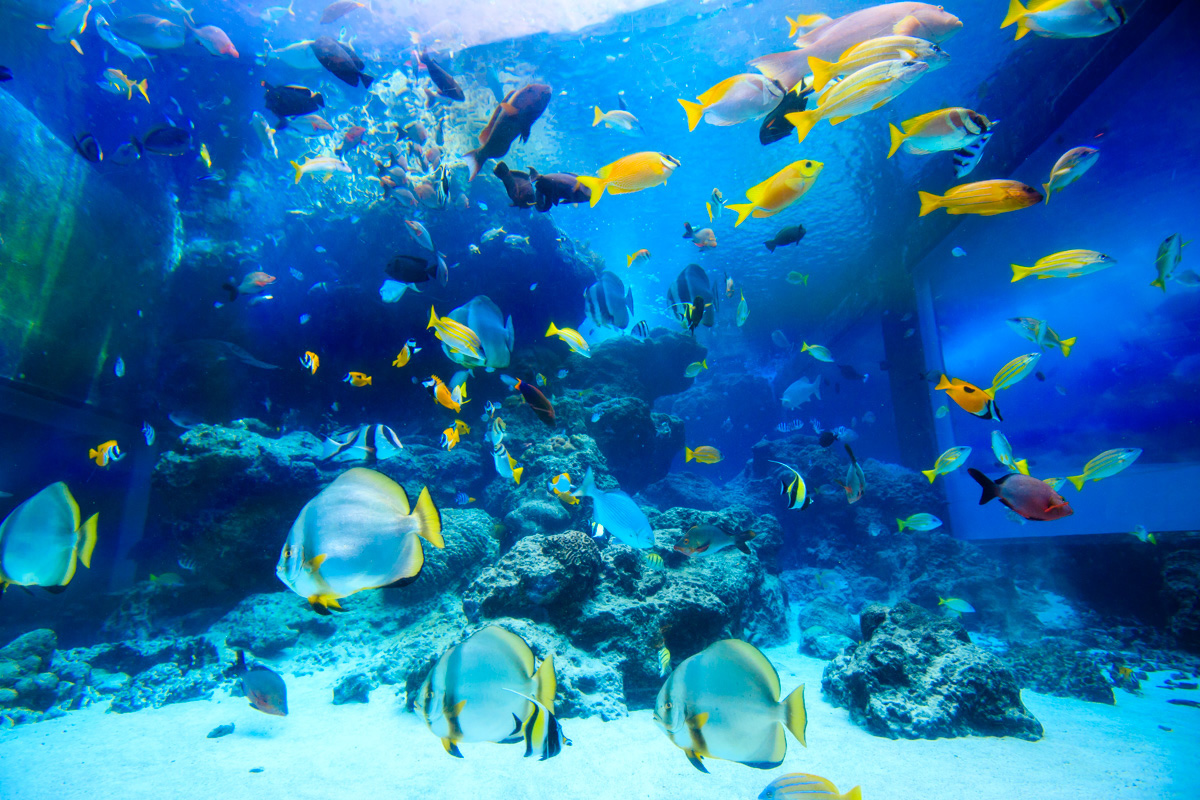 It reproduces the coral reef spreading around Okinawa from rocks with plugging of light and beautiful sand to the dim cave. You can observe a variety of tropical fish in almost natural form. You can enjoy colorful crowds of snappers including humpback red snapper and yellow Bluebanded snappers.

No.4 Enjoy a blink of time of the dolphin show!: Oki-chan Theater 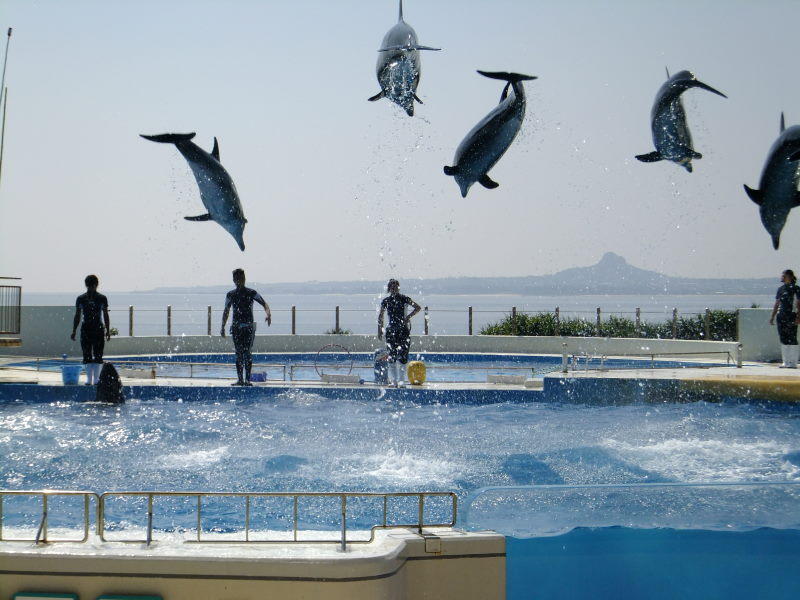 This is a show performed by the idol dolphin Oki-chan and his friends. The Indo-Pacific bottlenose dolphins, false killer whales and Pacific white-sided dolphins jump and dance brilliantly for 15 minutes. You can enjoy watching the show from the comfortable seat with rain and sun visor.

No.3 Let’s observe a variety of corals!: Coral Sea 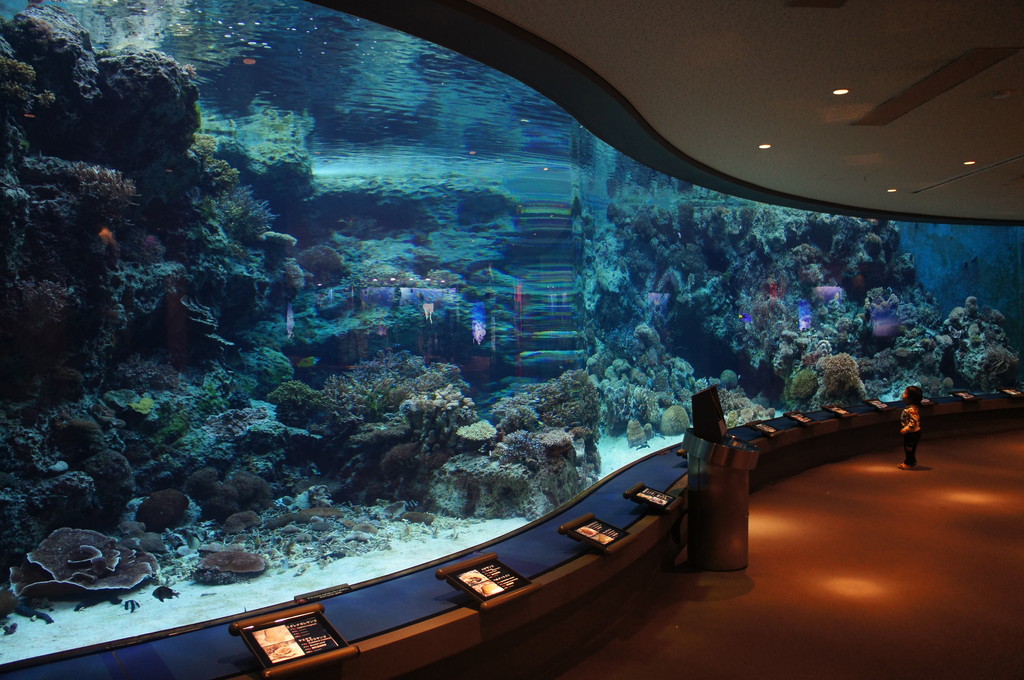 About 70 types corals living in 800 colonies in sea of Okinawa are bred. You can observe natural beautiful corals. You can also observe corals that have been growing for more than 10 years since the aquarium was opened. In addition, there are a lot of sea creatures such as red frog crab/spanner crab.

No.2 70 types of fish which are rarely seen: Deep Seawater 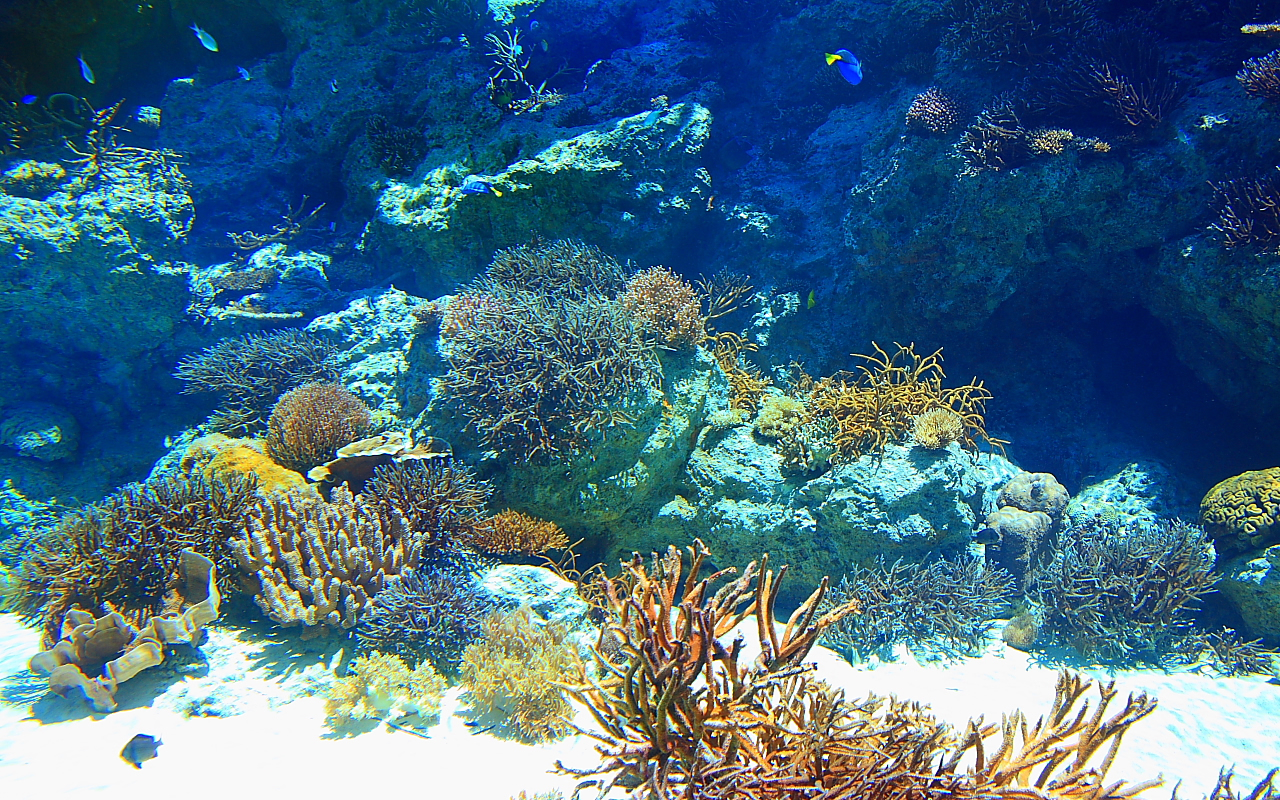 “Deep Seawater,” reproducing the sea with over 200 meters deep allows you to encounter various mysterious creatures such as blacksail snake mackerel which are difficult to breed, jewelry coral, cachuchos, and Echinothurioida. During the feeding time which is held three times a week, you can see huge conger eels and giant crabs being fed.

No.1 Most popular water tank in Churaumi Aquarium: Sea of Kuroshio Current

The water tank through the first and the second floors is the largest in the world. It is 35 meters long, 27 meters wide, 10 meters deep, and it can store 7,500 tons of water. A wide variety of fish are swimming in it, including whale sharks whose total length is 8.6 meters, and Manta alfredi, the largest type of ray in the world. The feeding time of whale sharks is especially popular. The view from the Aqua room, which can be admired from various angles, is impressive.