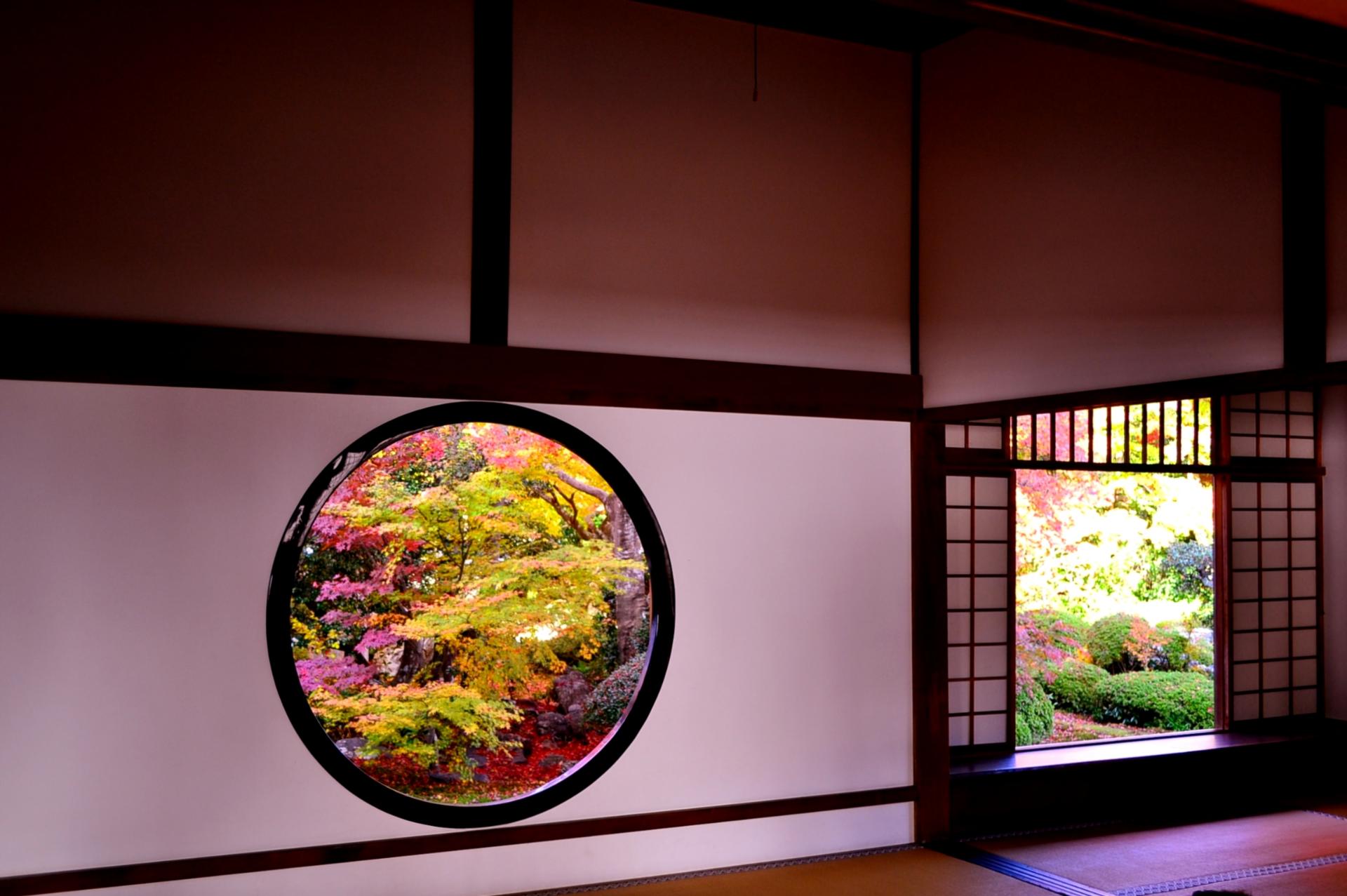 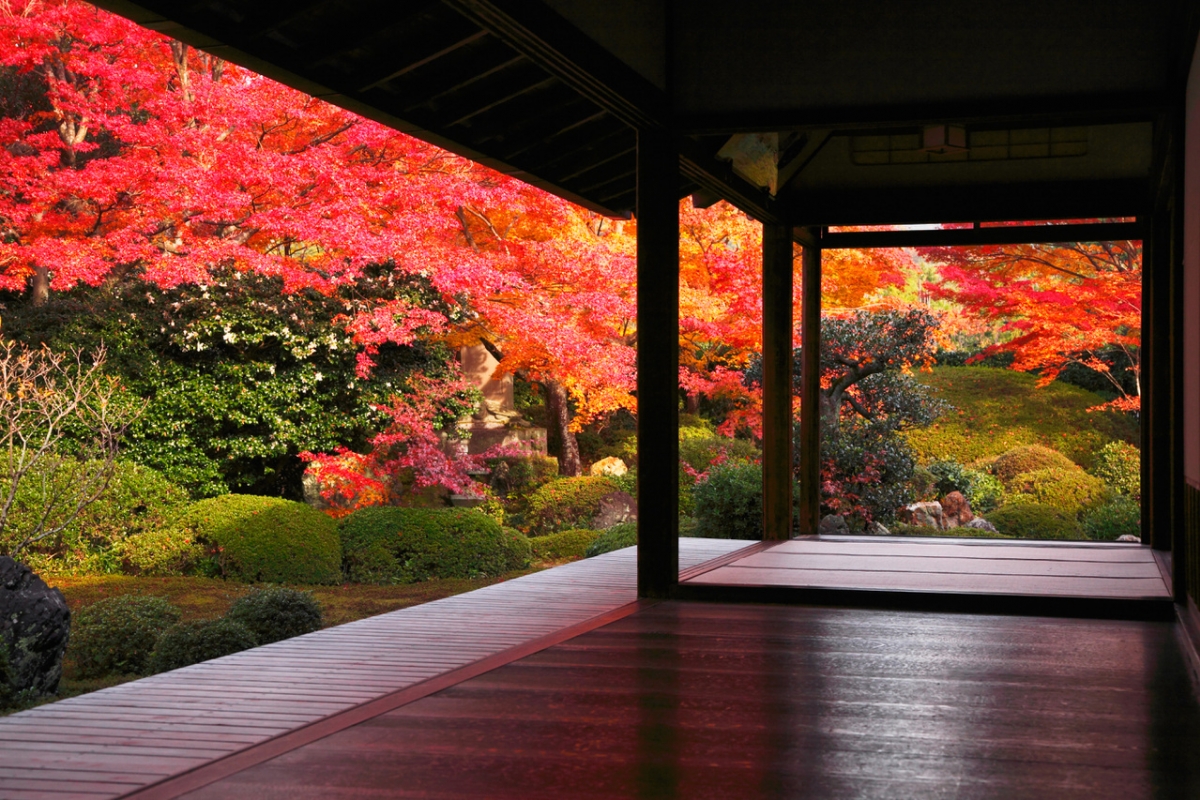 When you step into the grounds, the wonderful harmony of color and light will catch your eye. The garden where flagstones, plants and halls are tidily arranged creates a wonderfully elegant world of wabi and sabi, which is admired as one of the best views of Kyoto. Because maple trees in the garden turn red at different timing, visitors can enjoy them for a long period of time during autumn. The impression of the garden changes with the change of the sunlight every moment from morning to sunset. 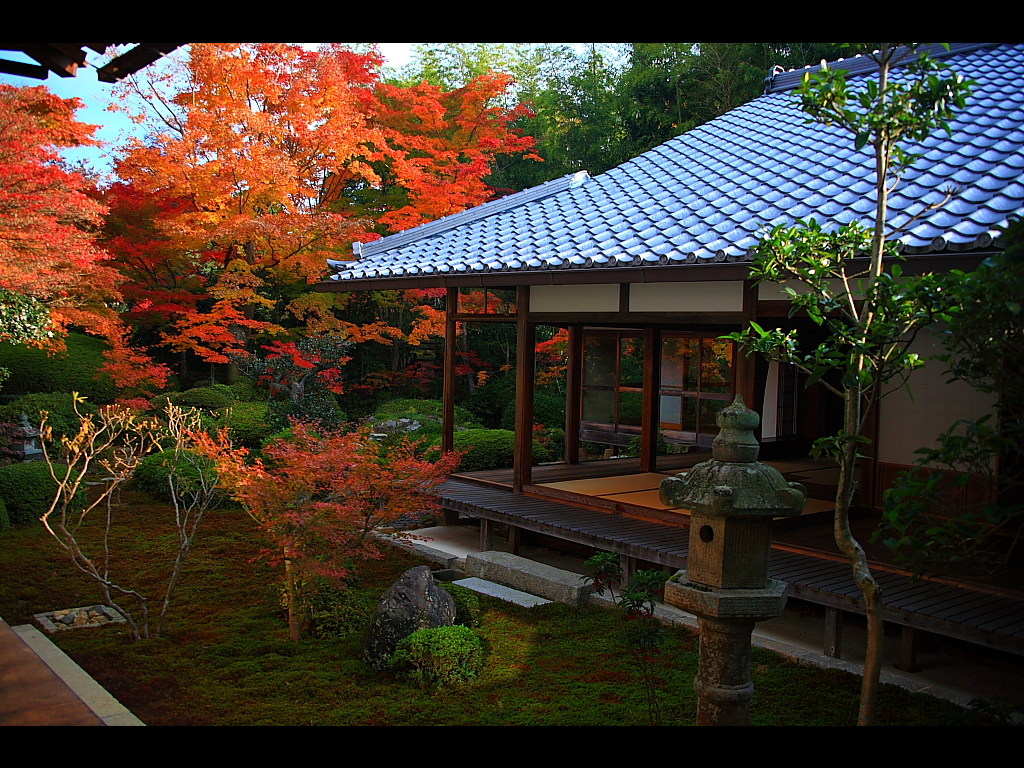 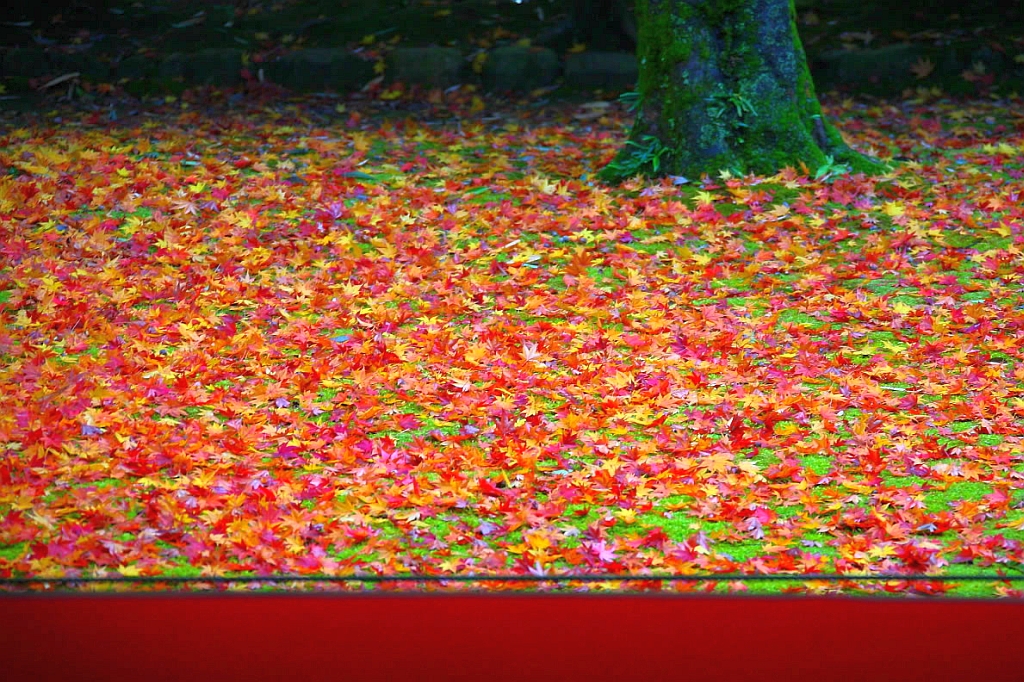 The ceiling of the main hall is called the “bloody ceiling,” which was made using floorboards from the disassembled Fushimi Castle where soldiers were defeated, killed themselves and left bloodstains on the floor in 1600. The boards were used to commemorate the samurai. The temple is also famous for two large windows: one is round and is called “The Window of Enlightenment” expressing the harmony of the universe, while the other square window is called “The Window of Confusion” symbolizing the human life of suffering. Their design conveys the feel of Japanese culture. 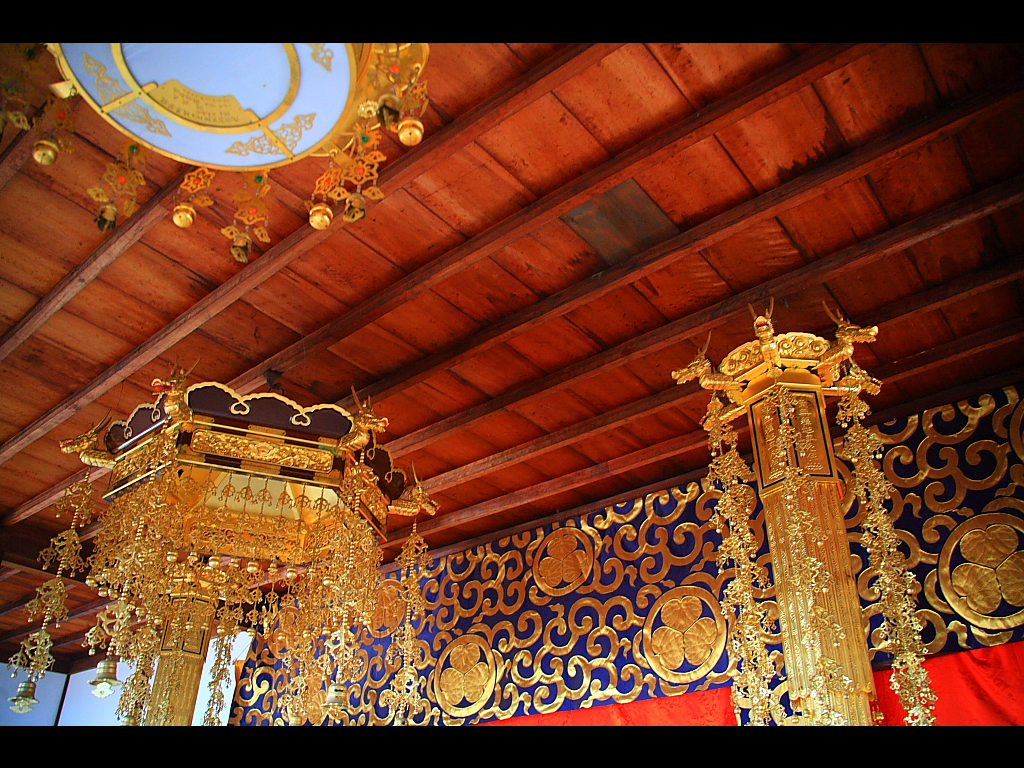 Ink painting on fusuma (sliding paper door) by Yamaguchi Sekkei is another highlight. The space of Genko-an is designed for enjoyment of each season and time. 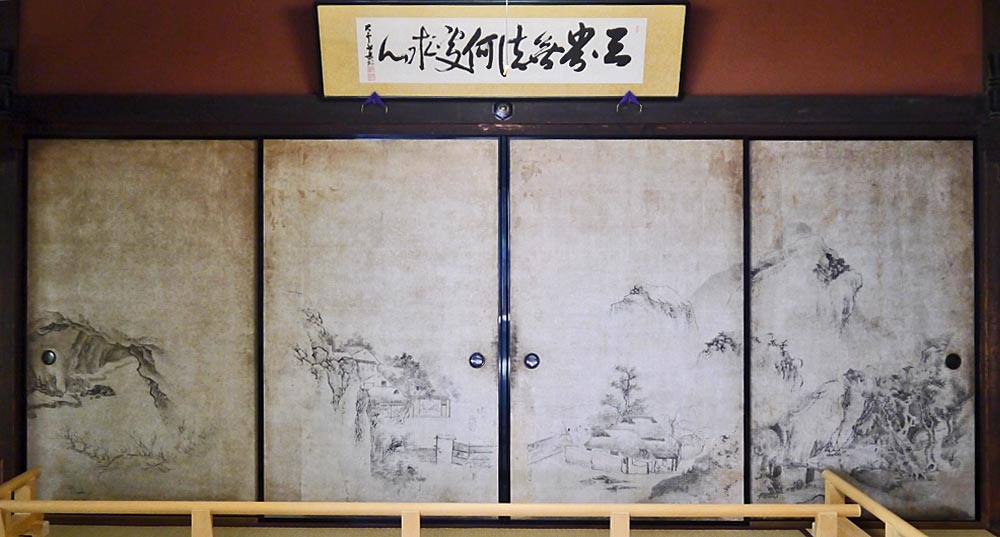 5 Places You Can Enjoy Fireworks and...