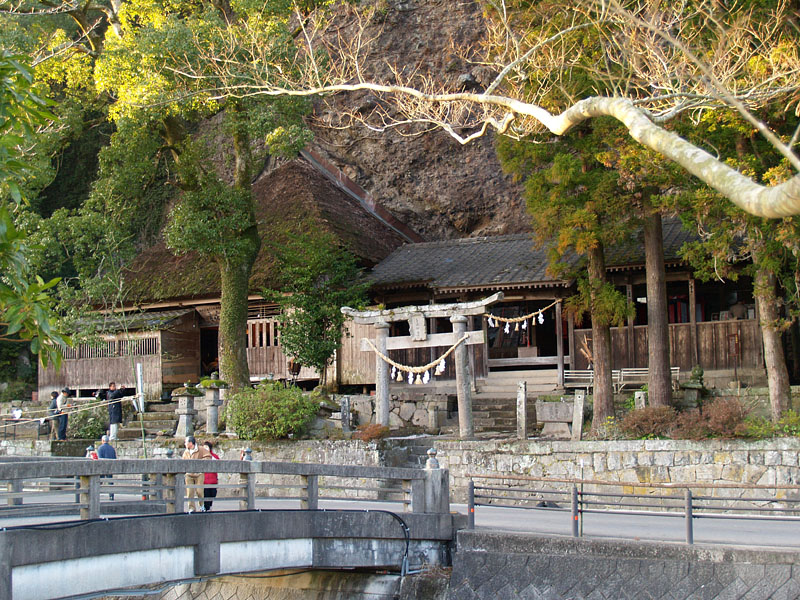 Mumyo Bridge is an arch-shaped stone bridge that’s well worth crossing. This stone bridge is only 5.5 meters (18 ft) long and less than 1.2 meters (4 ft) wide, and you’ll get chills when you look down from the small bridge from such an elevation. There’s no clear explanation why people made such a small bridge over the small gap on the cliff that leads to the back side of Oita Prefecture’s ancient Tennen-ji Temple. From the bottom, this bridge looks like a small arch in heaven, and there are countless ancient stone Buddha statues all the way up to the temple. 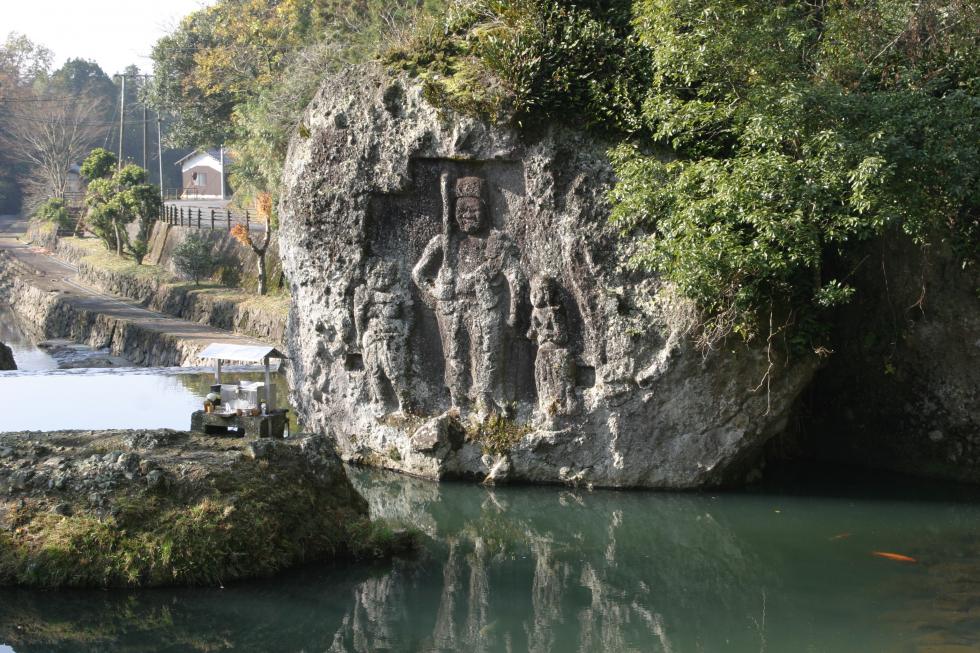 In fact, this is only part of the mysterious and magical world of a unique school of Japanese Buddhism from the early eighth century, which thrived in Kunisaki Peninsula of eastern Kyushu. Devotees built over 60 temples on the mountain in the center of the peninsula for Zen training and meditation. To this day, the peninsula remains a virtual village of stone Buddha statues, and people still hike up the mountain making pilgrimages to all the ancient Zen temples. The Kumano-Magai Buddha, for example, is an 8-meter (26-ft) high rock carving sitting atop steps of randomly piled stones, which were said to have been piled overnight by a demon. 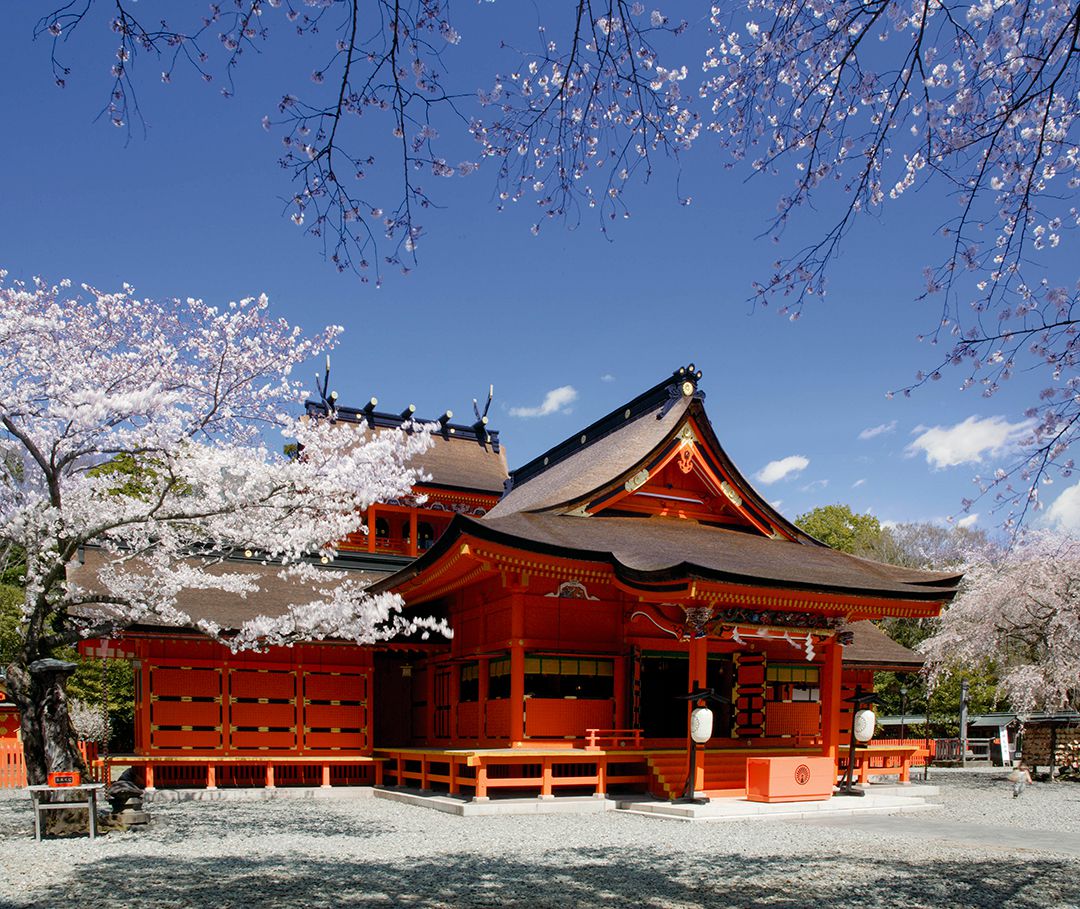 As Japan’s tallest destination opens its season July 1, Fujisan Hongu Sengen-taisha Grand Shrine welcomes hikers that make it to the summit of Mount Fuji. While the shrine consists of several buildings at the bottom of the mountain, the precinct known as Okumiya actually occupies the entire area above the mountain’s eighth station (3,100 meters/10,170 feet up)—except for the hiking path and the meteorologist station on the summit.

The structure of Okumiya was first built in 806 by ancient Japanese people who considered the mountain sacred. Most hikers try to reach the summit for sunrise, which, from behind the shrine’s torii gate, is a magnificent, picture-perfect view. If the weather permits, don’t miss the shadow of Mount Fuji: As the sun rises to a certain level, the mountain casts shade on clouds floating below, which perfectly reflect the shape of the beautiful Fuji.

The summit is open only in July and August, and is accessible from four different trails: Yoshida, Fujinomiya, Subashiri and Gotemba. For those looking to brave the mountain, more info can be found here. 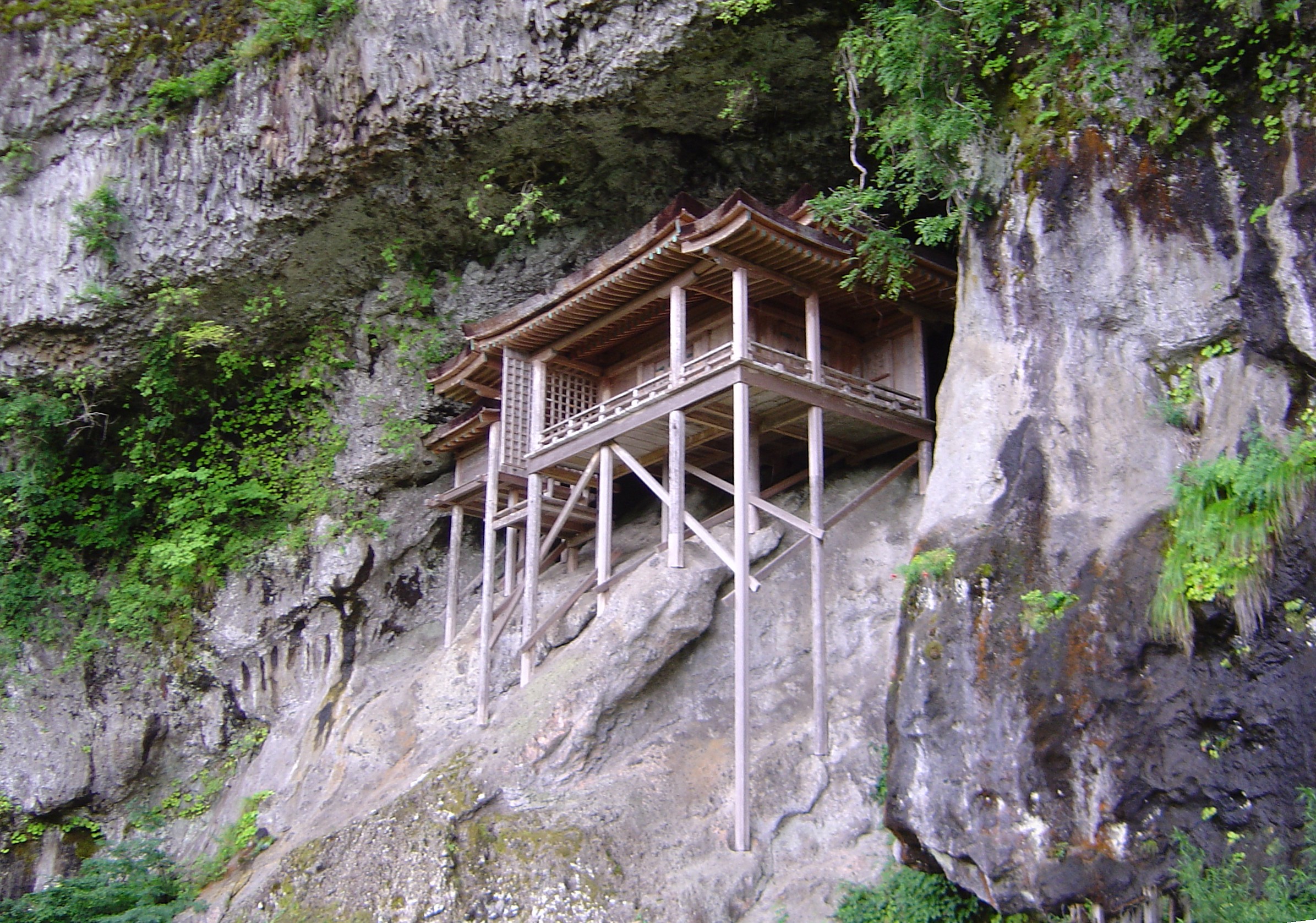 It looks odd to see a little wooden temple in such an inaccessible cave on a vertical cliff. Sanbutsu-ji Temple stands at an unimaginable location on the hillside of Mount Mitoku in Tottori Prefecture. At its 900-meter (2,952-ft) elevation, this 1,300-year-old wooden structure sits in a small alcove on the vertical cliff. This location was allegedly picked by an ancient Japanese Zen monk who blew three petals to find the most sacred place to build his new Zen temple, and legend says the temple itself was “thrown” into this alcove on the cliff after being built somewhere else. The temple hall, called Nageiri-do (literally, “thrown-in hall”), has been designated a National Treasure for its very unusual architectural design and structure as well as its bizarre location. Detailed restoration in 2007 much more accessible to hikers and historians alike.

However, Sanbutsu-ji Temple prefers those practicing Zen meditation and training over pure tourists. The only access to the temple is from the back side of the hill, and each visitor is required to sign the hiking entrance permit and wear a special robe. Zen training starts at the beginning of the hike, as the path is very rocky and steep, and proper hiking attire and shoes are necessary. Gear up for a unique, adventurous Zen experience at this hidden, sacred temple!

The Rabbit Island, Okunoshima Is Ide...