Today we’re going to look a unique, hands-on tourism experience you can enjoy in Japan. It involves a type of boat called a tarai-bune and gives you a chance to savor a regional landscape a world apart from the bustling streets of Tokyo. 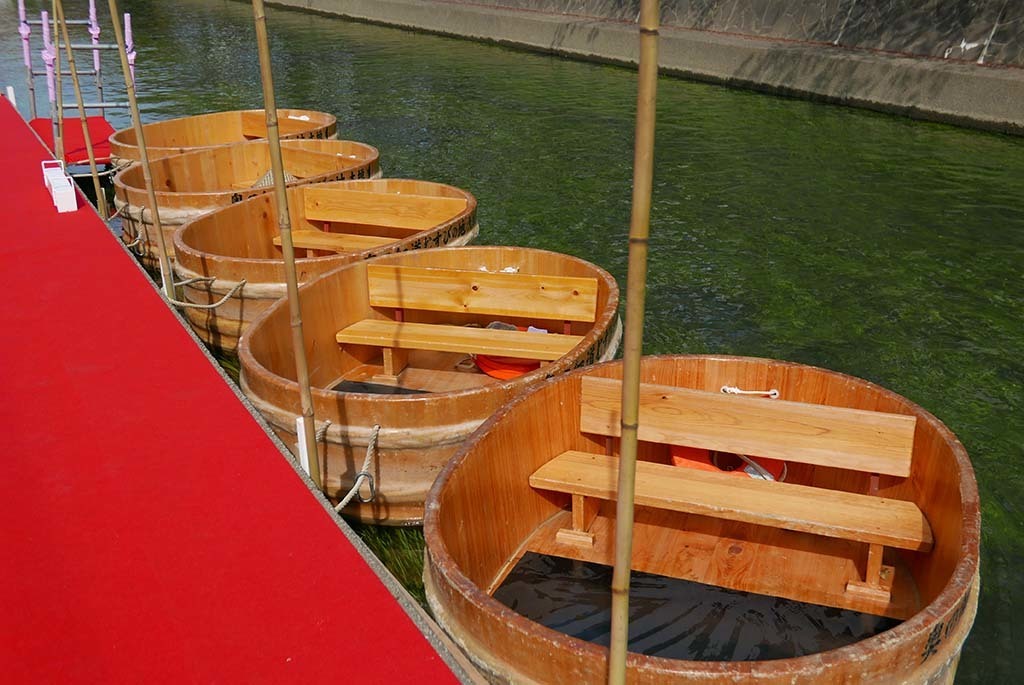 A tarai-bune is a type of wooden oval boat used in the Ogi Coast area of Sado Island, located in Niigata Prefecture. The rocking motion of the boat makes for a gentle and easy ride, which has netted the traditional watercraft acclaim as an engaging tourism experience that’s become representative of Sado Island. It might not look very seaworthy, but these little boats can carry upwards of 500 kg of weight even as sailing them is a simple as using a single paddle. 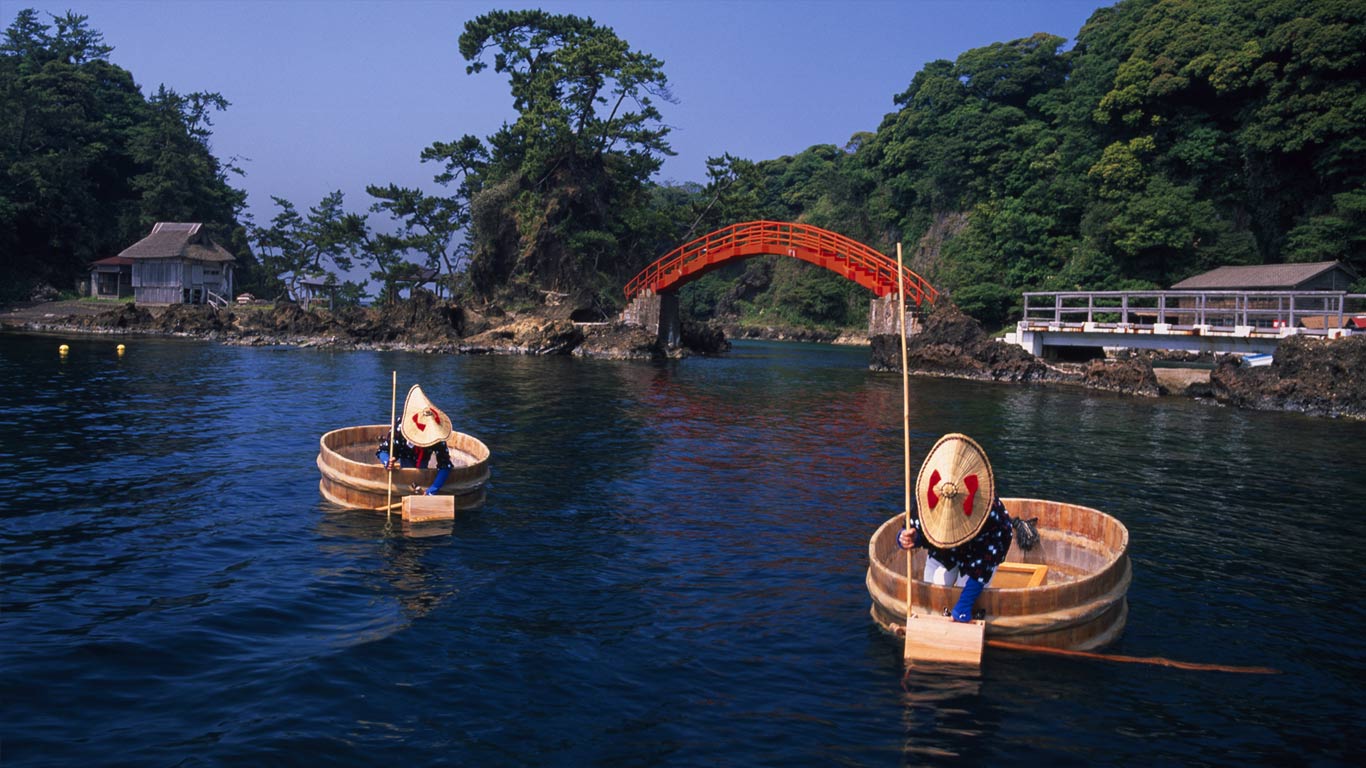 The rocky reefs off the coast of Ogi are winding and narrow. Navigating these waters for the harvest of seaweed, abalone, and horned turban was a challenge, so the tarai-bune was conceived in the early Meiji period. The boat was made through countless improvements and modifications to a washing tub, creating a vessel that was far more stable than most small boats. With excellent turning inside tight corners, the tarai-bune is used even now for fishing activities, employing a type of glass-bottomed box to look into the water’s depths. 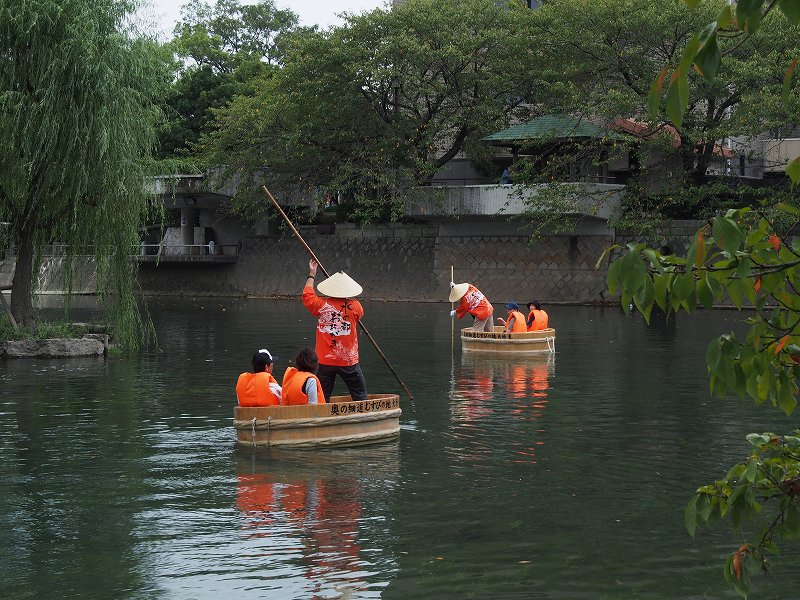 You’ll be able to take a ride around the bay in a tarai-bune that’s a little larger than the sort used for fishing. The boat is very secure, so there’s no real risk of sinking, but it does take some time to get good at steering with the oar. At first, many people simply go around and around in the same spot, unable to get the boat going forward. Think of it as your chance to show off your skills! 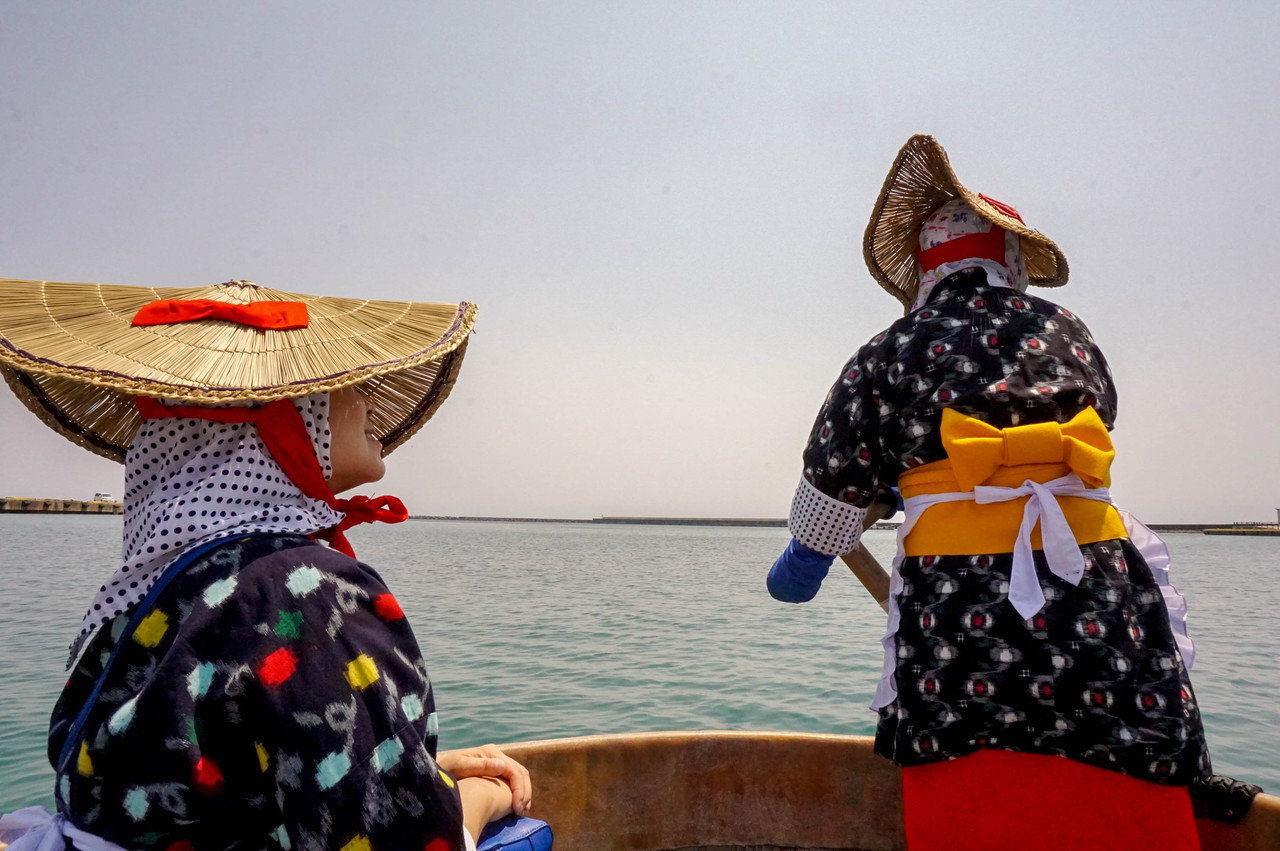 These are the boatwomen (onna-sendo) of the island, recognizable with their sedge straw hats and splashed-pattern kimono that cut a truly Japanese figure. Floating along in these little boats, there’s something particularly enjoyable about those moments where your boat drifts past another. As a one-of-a-kind experience of the traditions of regional Japan, we heartily recommend Sado Island’s tarai-bune!