Magomejuku, located in Nakatugawa City in Gifu Prefecture is a beautiful ancient small village in the mountains that exist since the Edo period (17th century) and is a must visit true hidden gem of Japan. 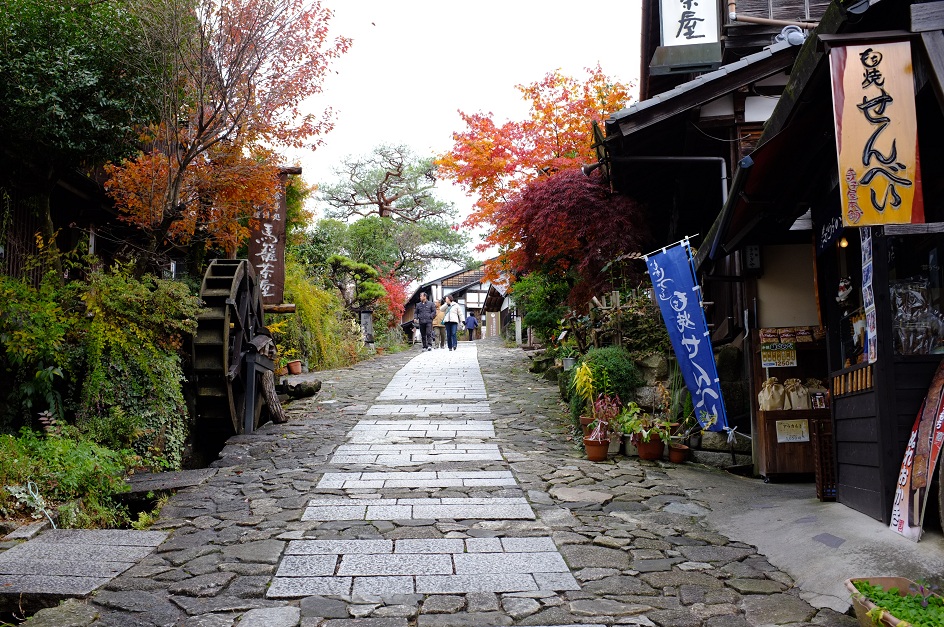 Between the 17th and 19th century in Japan (during Japan’s Edo period from 1603 to 1868), people walked from Tokyo (where the city was then called “Edo” during this period) to Kyoto or vise versa by using the roads that connects between these two major cities in this period. One of its major road was called Nakasendo (中山道) with about 530km long that was created in the mountains. 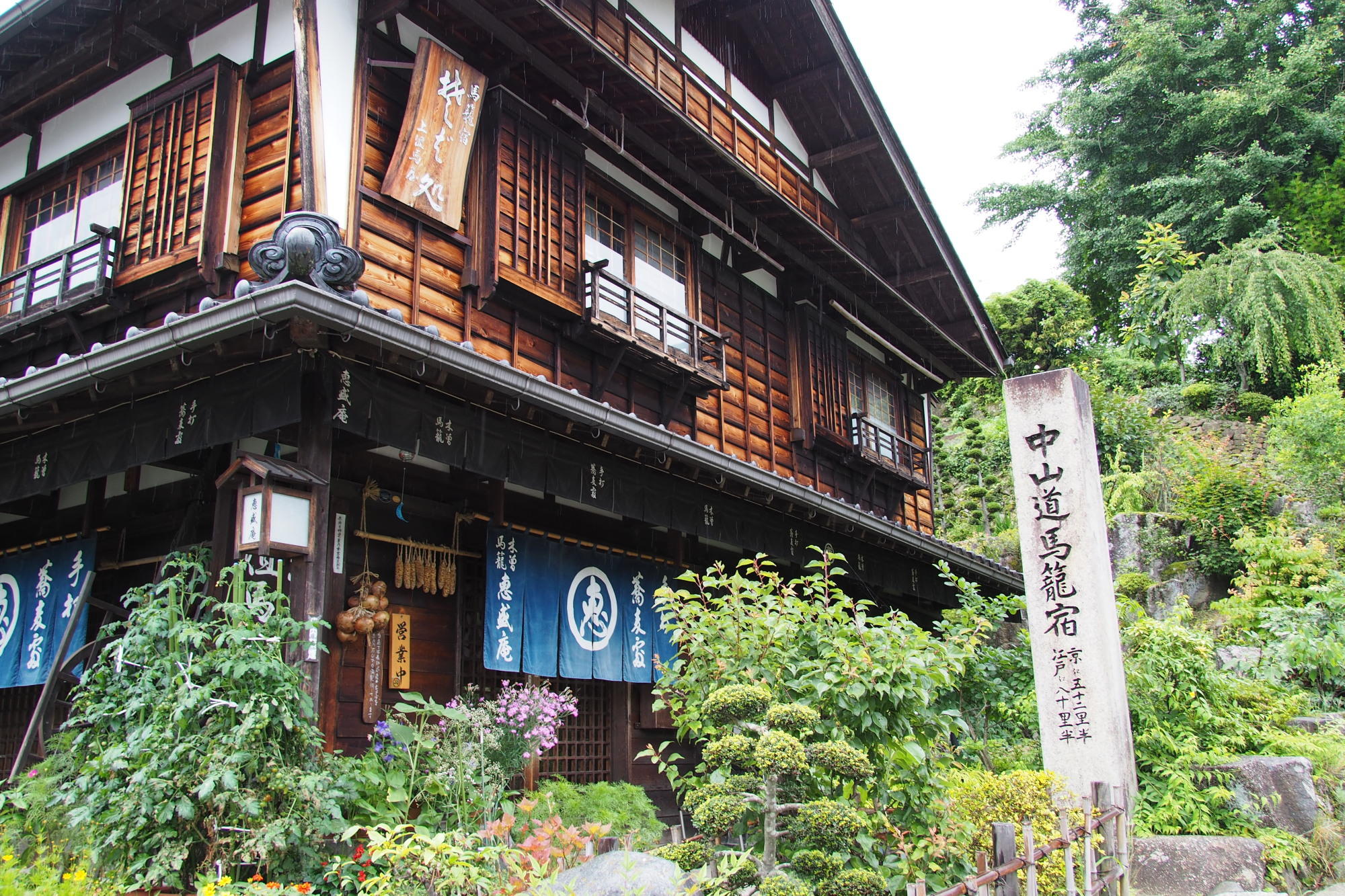 Because most people had to travel by foot all the way, it was necessary to stop over to have some rest or to stay overnight. Alongside the road, there existed more than 69 stations where people could stay and sleep, and Magomejuku (馬籠宿) was the 43rd station located 332km away from Tokyo to welcome the travelers during the Edo period. “Magome (馬籠)” is the name of the station and “Juku (宿)” means “an accommodation or a place to stay” in Japanese.

WHY PEOPLE WALKED BETWEEN TOKYO AND KYOTO?

Though Edo was Japan’s capital at that time, Kyoto had long been Japan’s capital city before the Edo era where the Japanese emperor always lived, and it had vibrant culture and history. As the Edo government did not give any authorities to its politic to the emperor, they tried to keep an eye on or to have close communications with the emperor and its family who lived in Kyoto to prevent any signals of revolt to the Edo government etc. Therefore, there were always many people going up and down from Edo to Kyoto for the political reasons as well as exchange of cultures.

So, where exactly Magomejuku is located? It is located right in the center of Japan, Gifu Prefecture. Gifu prefecture is known to be surrounded by Japan’s most beautiful mountain range with 3,000km high. You can find Magomejuku in the city called Nakatsugawa (中津川) in the south east of Gifu Prefecture and can be reached by a local train in about one hour from Nagoya station where bullet train stops at. 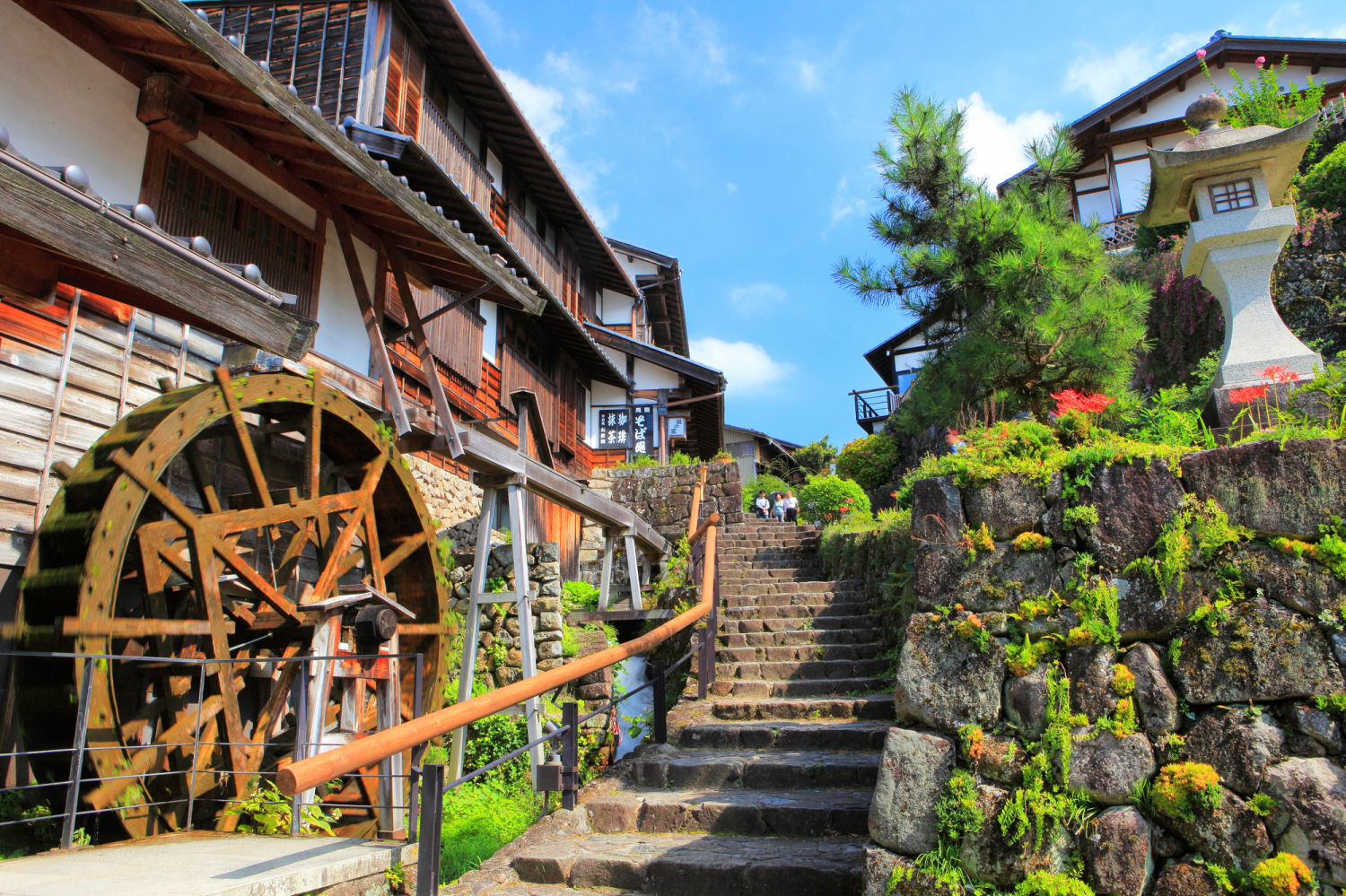 The main and the unique characteristics of Magomejuku is that the station is built in the middle of the valley with a steep slope. The pavement along the valley is made with the stones that have been used since Edo period which give beautiful nostalgic and historical scenery of Japan. 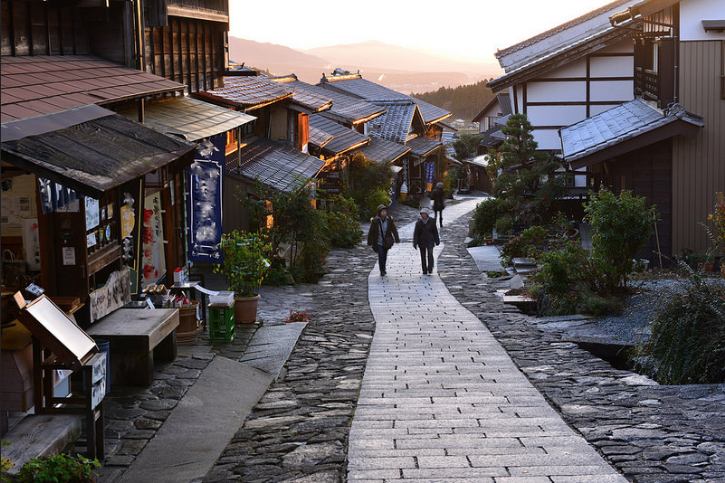 WOODEN PRODUCTS TO BUY IN MAGOMEJUKU 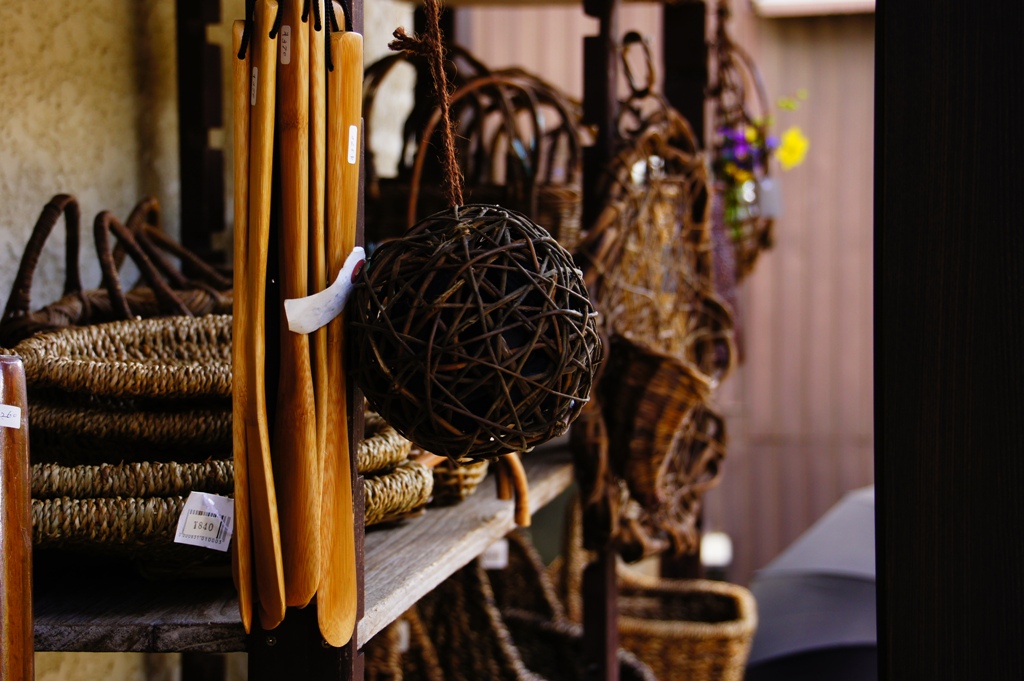 A type of wood known as Japanese Hinoki cypress is widely grown in the mountains around Magomejuku. It has its relaxing scent, strong resistance to water, anti-germ and anti-moth effects, etc. Because of such characteristics, the Japanese cypress is well known between the Japanese people for its quality to built shrines or houses and is often used for luxury wooden products for hundreds of years. 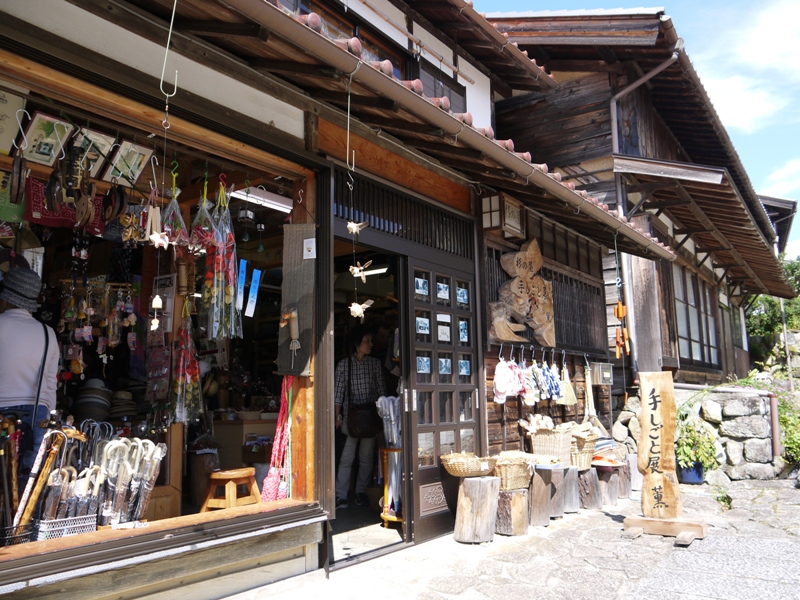 You will be able to find different types of wooden products made by Japanese cypress that could be suitable for a souvenir, such as traditional Japanese bento box, sandals, cutting boards etc.

HOW TO GET TO MAGOMEJUKU 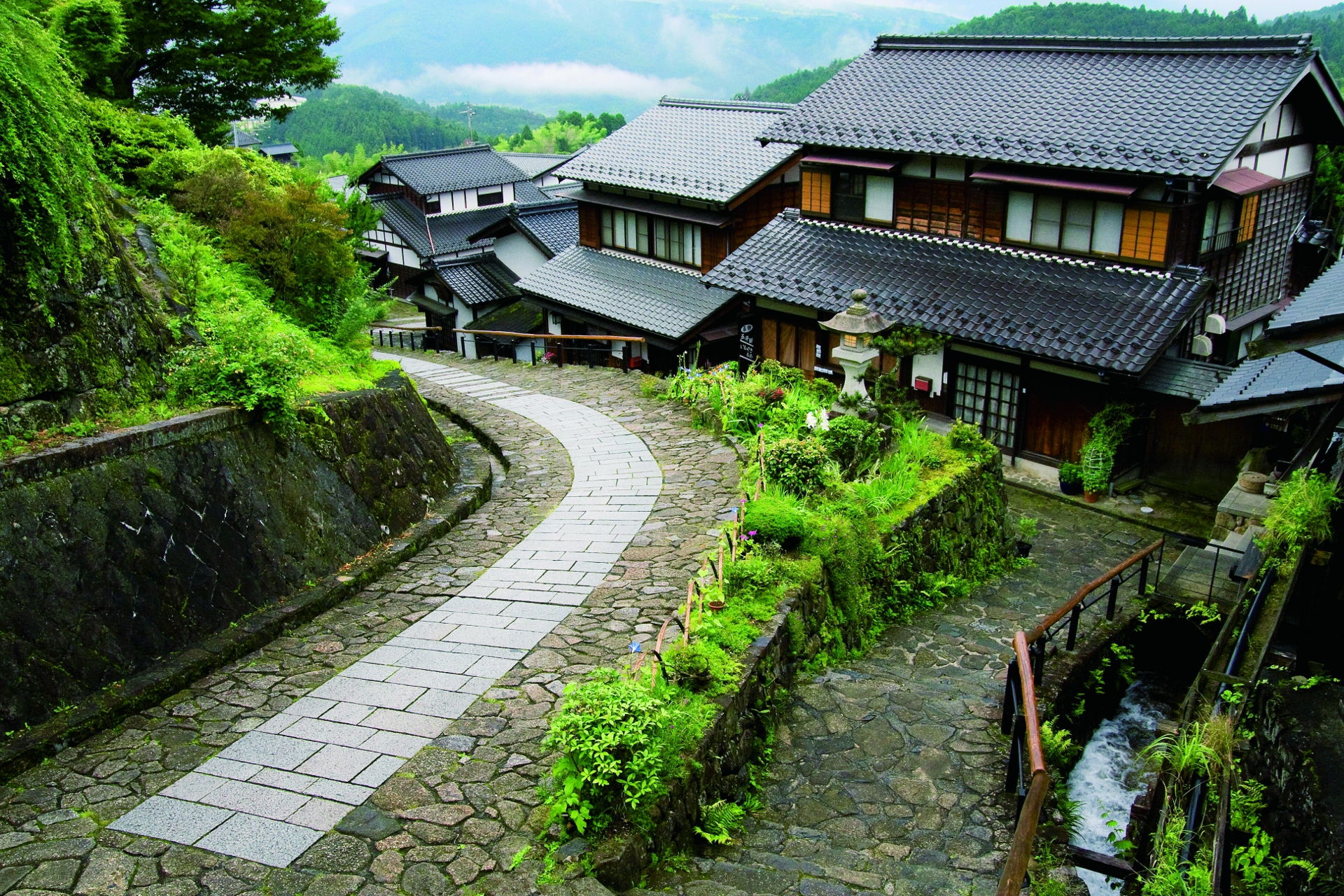 From Tokyo, you can take bullet train (Nozomi Super Express) to Nagoya which takes about one and half hour. Then, take the local JR Chuo Line (Shinano Limited Express) from Nagoya to Nakatsugawa which takes about one hour. Then you can take a local bus from Nakastugawa station to Magomejuku for 25 minutes. Not too far from Magomejuku, there is another station called “Tsumagojuku (妻籠宿)” is located eight kilometers away from Magomejuku, so it would be interesting to visit both stations if you have time. You can go between the stations by foot (about three hours walk) or by bus (for about 20 minutes).

6 Things to Do at Lakes Kawaguchi an...