Created by the famous treehouse creator, the biggest treehouse “Kusukusu” in Shizuoka prefecture is a perfect place for the unusual treat gifted by the Mother Nature. 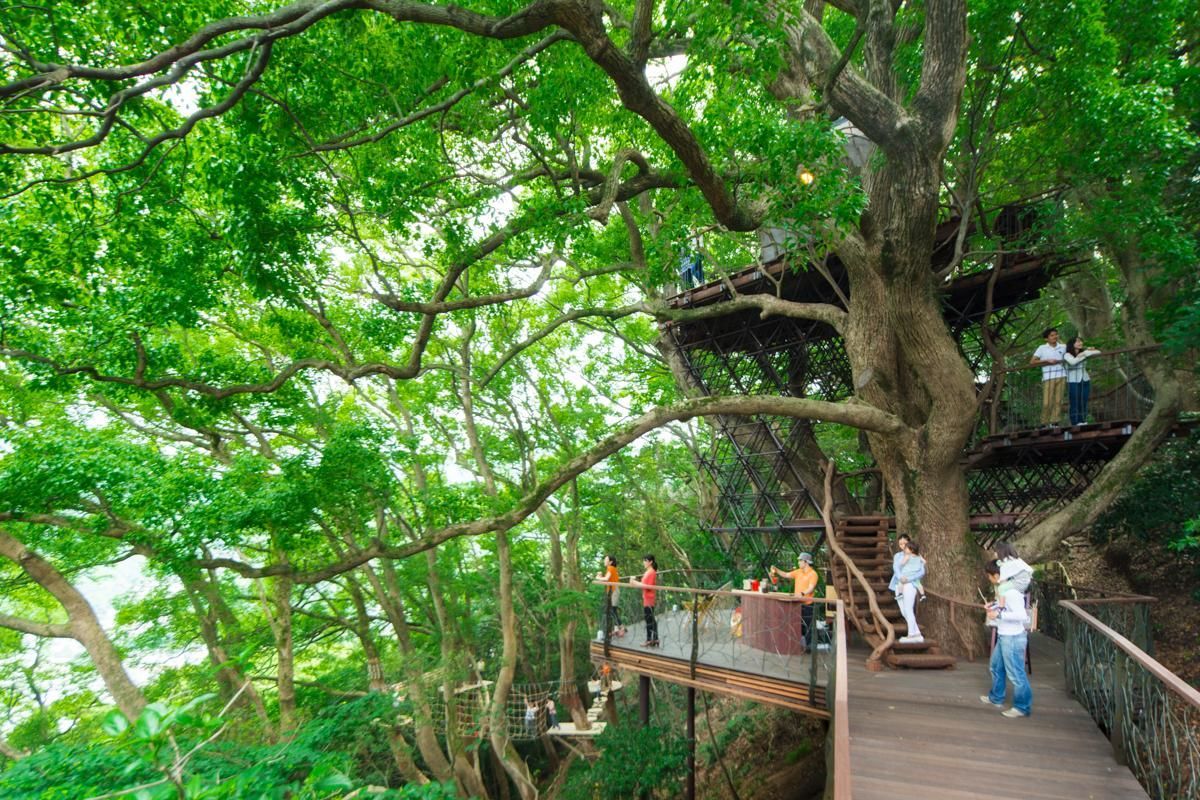 The treehouse creator Takashi Kobayashi’s largest work is at Risonare Atami Resort, one of the most luxurious resort hotel branches in Japan. Completed in almost 2 years ago, the treehouse is built around a 300-year-old camphor tree. “I was just struck by the enormous power this tree had”, said Kobayashi, who has built over 120 treehouses in his career. As you approach it, however, you will see that he was not exaggerating in his words, and instead be shocked by the magnificent size of the tree. The whole facility is called “Kusukusu”, inspired by Kusunoki, meaning a camphor tree in Japanese. But it is also an onomatopoeia of chuckling, I realized. – Maybe it was named with a hope to become a place of laugh and happiness too…? 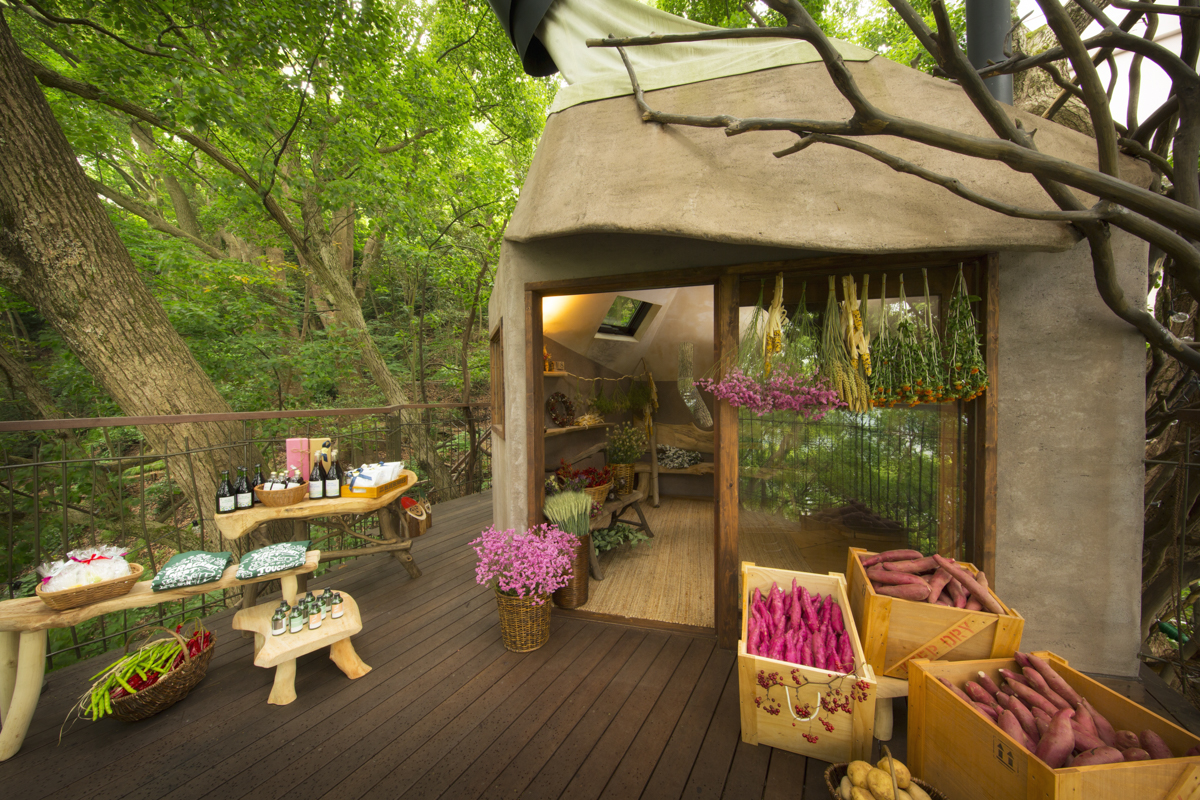 This treehouse is by far the largest one currently existing in Japan, and if the deck bit is included in the calculation, it would even become the world’s largest. The biggest challenge for Kobayashi was to ensure the safety, and hence the strength of the house to be tolerant with extreme climates and natural disaster such as heavy snow and earthquake, without destroying the structure of the tree and the nature. In order to tackle this issue, 3D printing technology was used to acquire an accurate model, and believe or not, not a single steel trellis touches the tree as a result. His half-a-year trial an error made it possible to make it 100% self-standing, again, without compromising the beautiful appearance and safety standards.

THE THEME IS A “NEST” 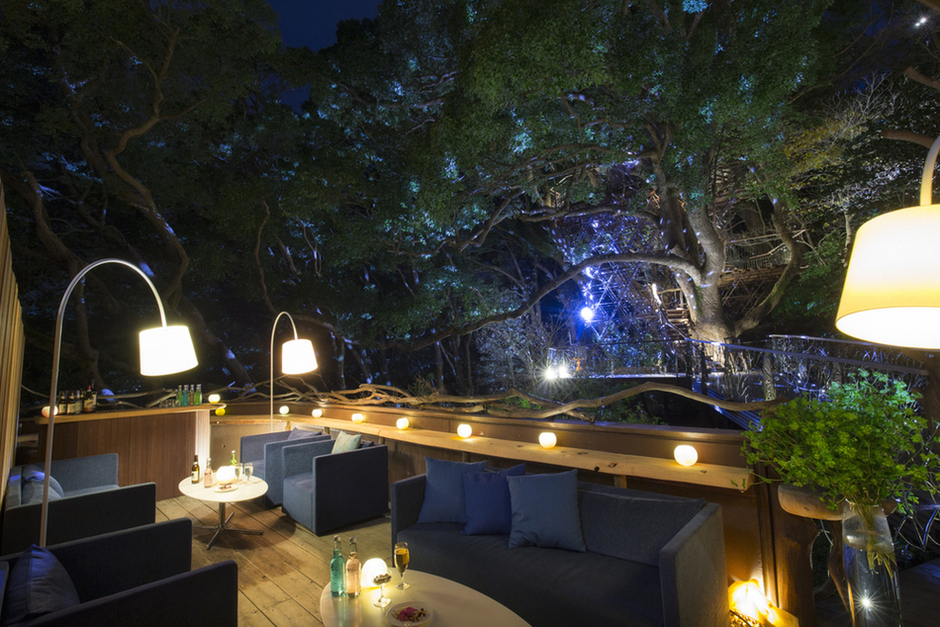 According to Kobayashi, he wanted to create a space like a “Nest” for people to feel that they are back to where they are born and raised. He believes that everybody has such a desire of searching their origins, and “Kusukusu” would be the perfect place to turn that desire into a reality. You feel that your soul has found a peaceful place for a rest, and this is familiar to all of us, called “home”. It was designed to maximize the opportunity to feel the nature as our “home” in a space that is completely detached to our ordinary life. Inside the treehouse, the floor wood and other interiors are also made by camphor tree. When the wind blows, the smell and the sound of trees, leaves, and soil will brush your body, and there won’t be a concept of time anymore.

SO, WHAT DO THEY HAVE? 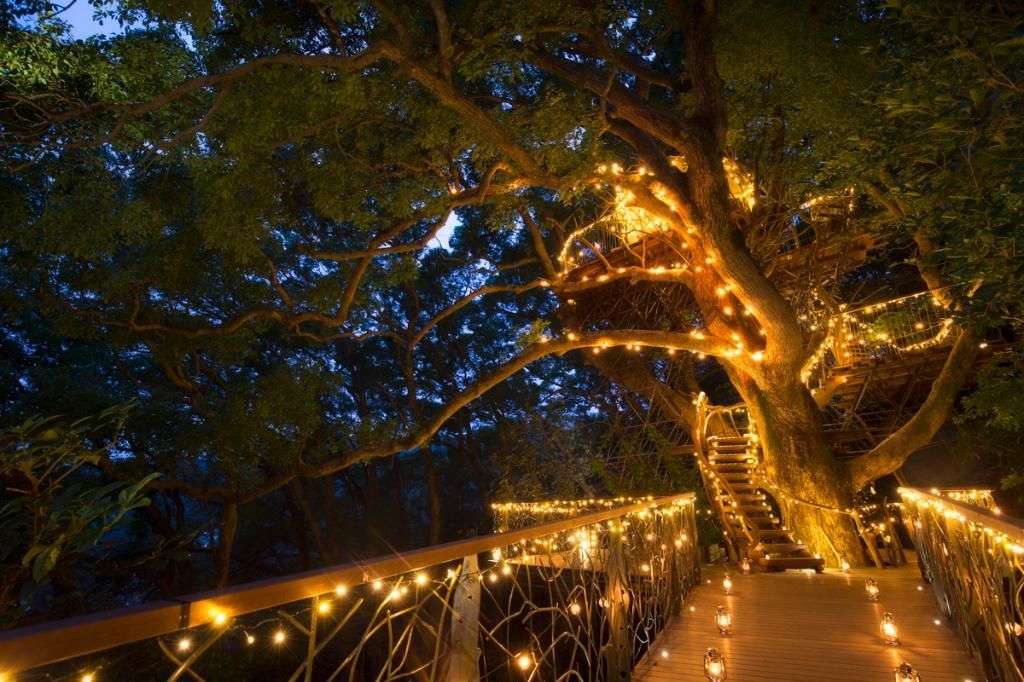 Treehouse Kusukusu is a complex of athletics, cafes & bars, and relaxing spaces. At a cost of just 1,000 yen, a group of up to 6 people can have the treehouse for themselves for 50 minutes. The staircase of the treehouse used the fallen trees in the same forest as the project appreciates the concept of “local production for local consumption”. You can also do a picnic on the tree where hot food will be prepared just for you. Atami is known for one of the best seafood in Kanto area, and you get to taste the best of best. If you are looking for something bit more romantic, you can book a private lantern bar. The lantern lighting up the treehouse and creating a very magical atmosphere is pretty much all you need as a gift to your partner. If you have children, the 80 meters’ long athletics course where you pursue the path with the obstacles some of which were set 9 meters above the soil. 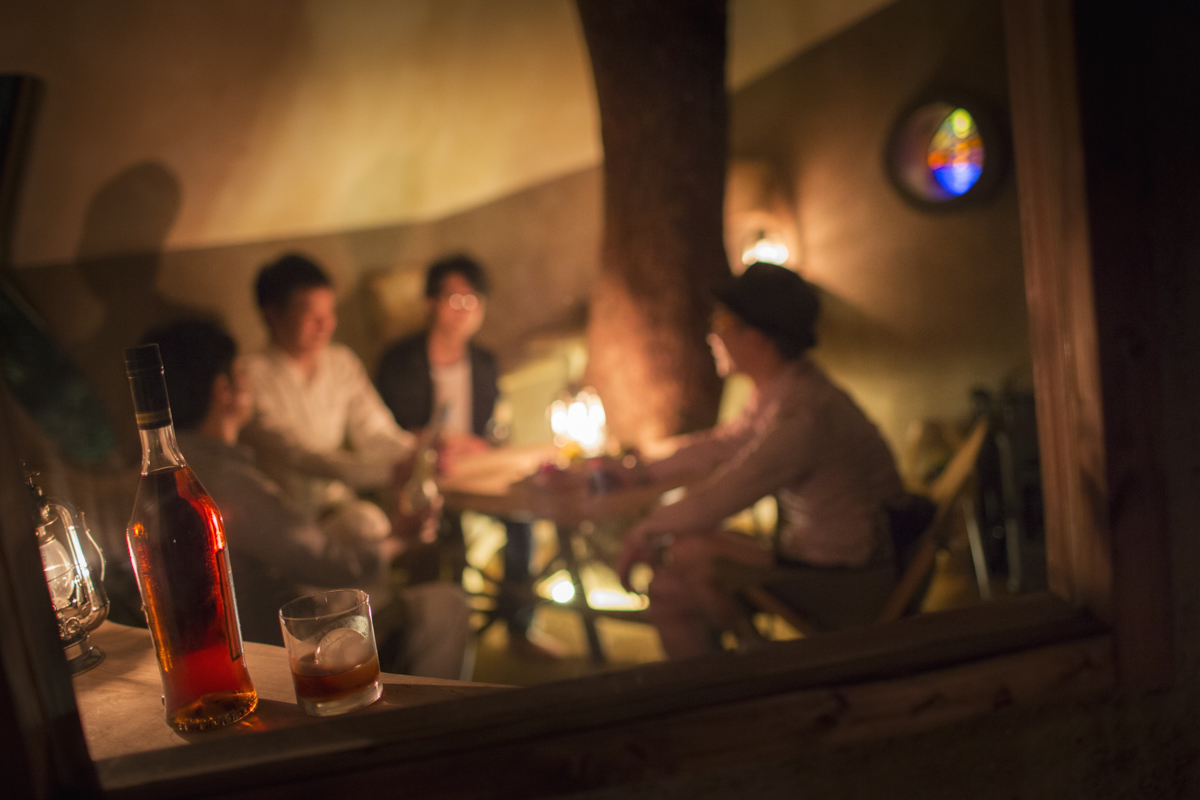 In Japan, the legal requirements to have treehouse as an accommodation is very strict. The construction of this treehouse was no exception in terms of a compliance of such rules. Unfortunately, therefore, this Kusukusu treehouse and other related facilities cannot accommodate you over night. But this is also because they are part of a resort hotel Risonare Atami, Hoshino group, which is very well known to provide rooms and holiday experiences with high quality standard. Being part of the resort hotel means that only the guests to Risonare Atami Resort can visit Kusukusu. But if you are looking for slightly luxurious stay than what you would normally go for, or something unusual, or want to make it memorable for your anniversaries, this place would be the one.