There are many power spots in Japan, which are believed to be filled with mysterious energies. We would like to introduce Udo Jingu this time, a cultural property designated by Miyazaki Prefecture and a popular sightseeing destination as a unique power spot. Photo: ja.wikipedia.org

Udo Jingu is known as a shrine built on a precipitous cliff, located on the shore of Nichinan City, Miyazaki Prefecture.

What Made This Shrine Popular? 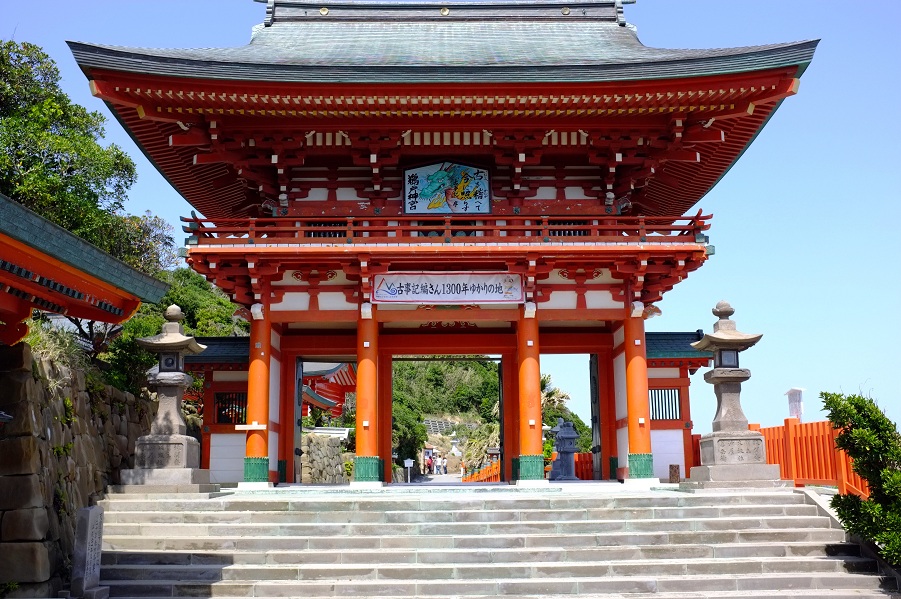 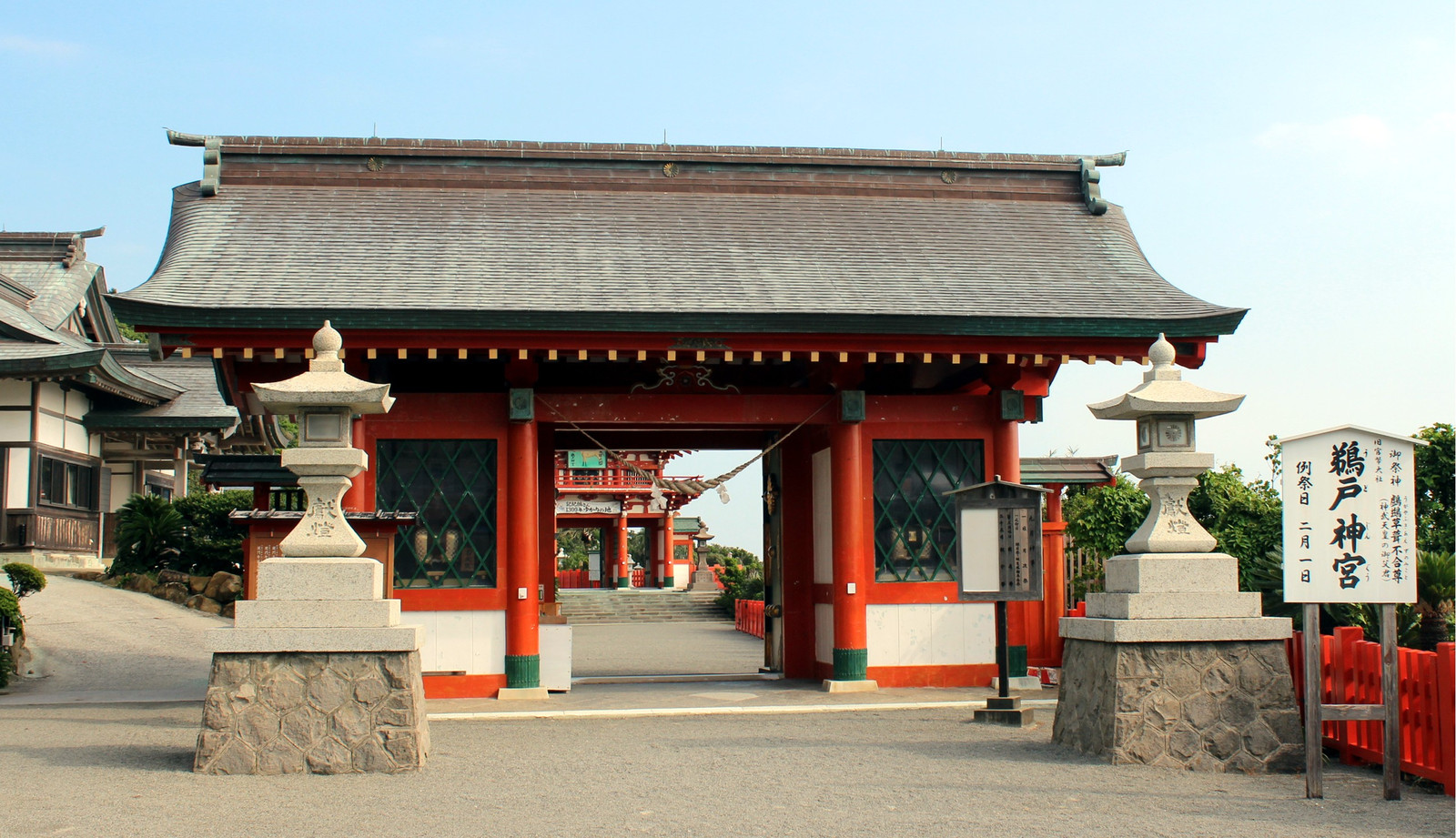 Its popularity is without doubt due to the “Undama nage (lucky ball throwing)” from the cliff.

When you arrive at the Udo Jingu, you climb down a long stone staircase to reach the main shrine building to pay respect. This shrine is known as one of “Japan’s three major kudari-miya (shrines to climb down)”. Once you climb the stone steps all the way down, you get a magnificent view of precipitous cliff with the main shrine set in it. 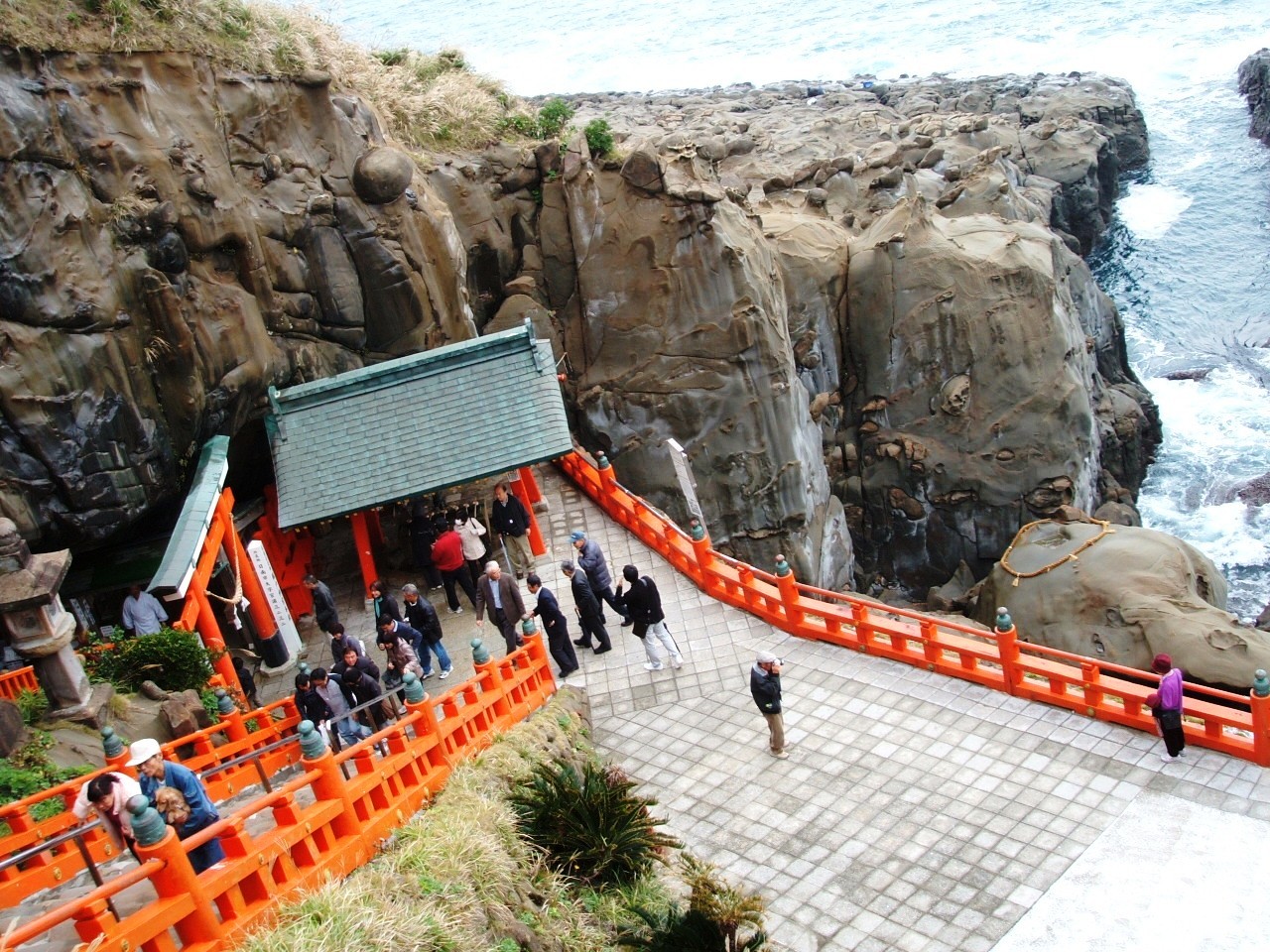 The ocean is right in front of your eyes and you can hear the sound of waves hitting rocks on the shore. The brown color of the rocks, the blue of the ocean, the white of the waves, the green of nature, and the vermillion of the shrine makes a colorful scenic view which you can enjoy while going down the stone steps.

There are many rocks in different shapes in the landscape of the cliff. One of them is called “Kameishi”, a turtle-shaped rock with rope circled around its depression. The depression is on top of the shell part of the turtle rock and rope is coiled around the depression. 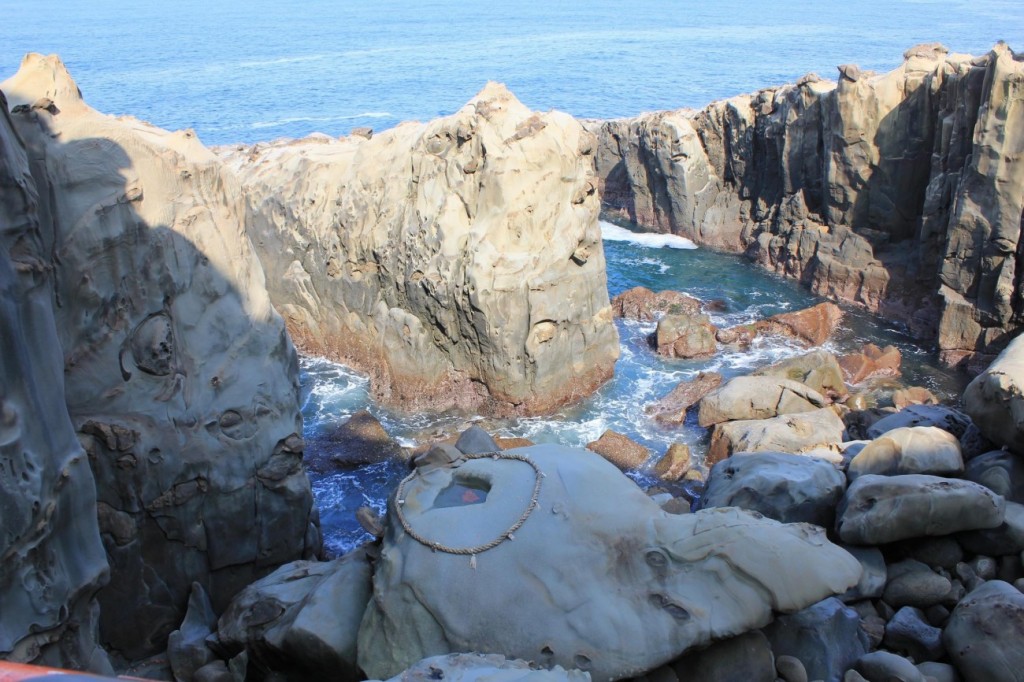 This photo is taken from the place where you are to throw, focusing on the depression of the Kameishi. Though the rock appears close in the photo, the actual distance feels farther at the location.

Aiming at the depression of the Kameishi, you throw the “undama”. Men are to throw left-handed and women, right-handed. It is said that your wishes will come true if you manage to put even one “undama” into the depression marked by rope.

You can purchase 5 “undama” for 100yen. They are unglazed ceramic and made locally as a part of the region’s exchange activities. 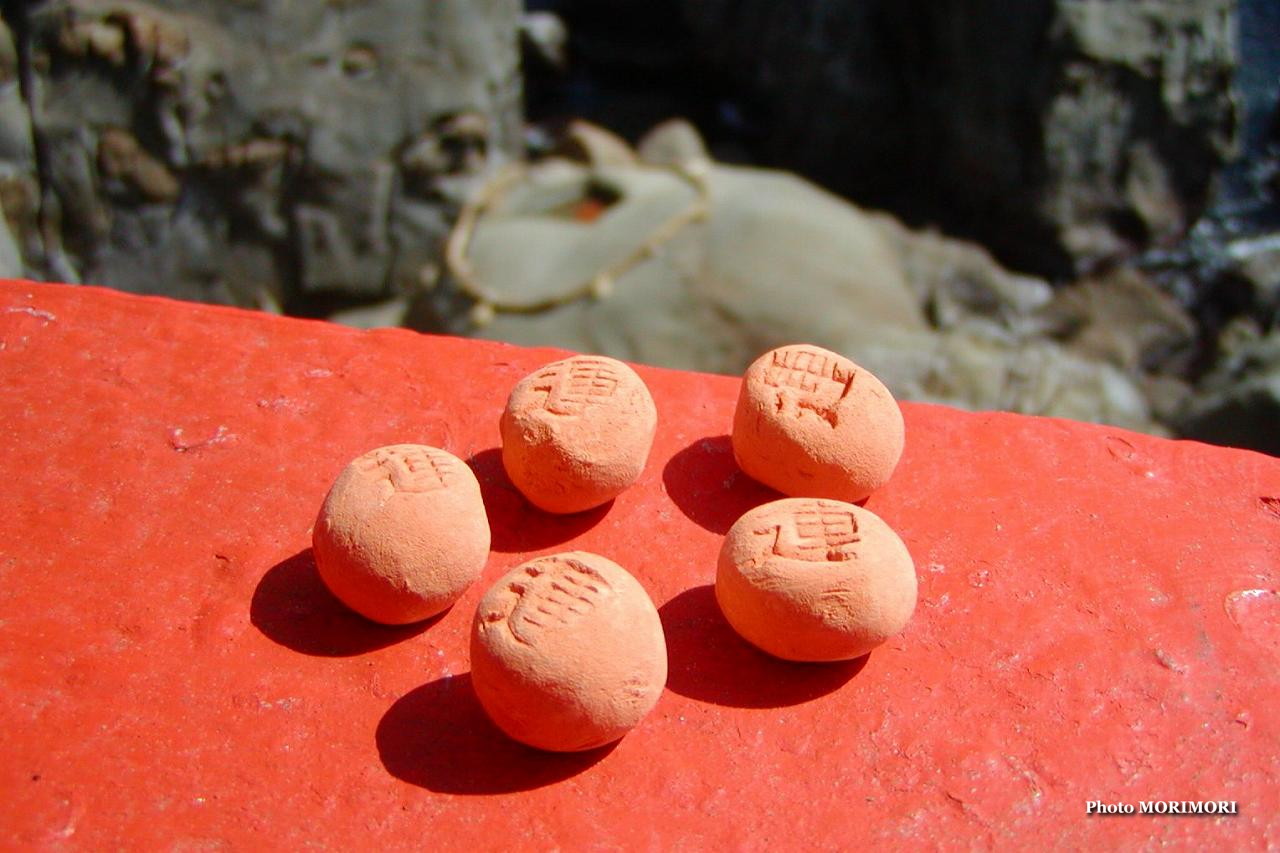 In the past people used to throw coins to pray for good luck. But reportedly some people went into the cliff to collect the money, which became a problem. Thus the undama were created instead.

Each ball has a kanji character “運 (luck)”, read as “un” etched on it. Some people are seen giving wishes to the balls in earnest before throwing, as they might feel their fate depends on these 5 lucky balls.

Result of My Undama Throw

When I actually threw, my first ball was significantly off the mark, and it went far beyond the Kameishi into the cliff. I gradually got a better handle of the distance at the second and third throw, and the balls fell closer to the Kameishi depression.

But controlling the throwing power was difficult, and the undama sometimes bounced off the rock surface near the depression. Putting the ball into the depression was more difficult than I had expected. In addition, this is a popular sightseeing destination. Multiple people were throwing balls at once, and it was hard to determine which undama was mine.

Finally I somehow managed to put just one undama in the depression! If you miss all five, you can purchase additional balls and try one more time.

This is a place where you can deeply feel the history of Japan. You can also try your luck while enjoying it like a game. How about throwing undama at Udo Jingu? If you succeed in putting it into the Kameishi depression in a foreign land of Japan, please do tell us, too. Information