Deer, tigers and sparrows—oh, yes! Locals in this northern Japanese prefecture act like animals to preserve traditions through the power of dance. Let’s take a look at three unique dances found in Miyagi Prefecture! 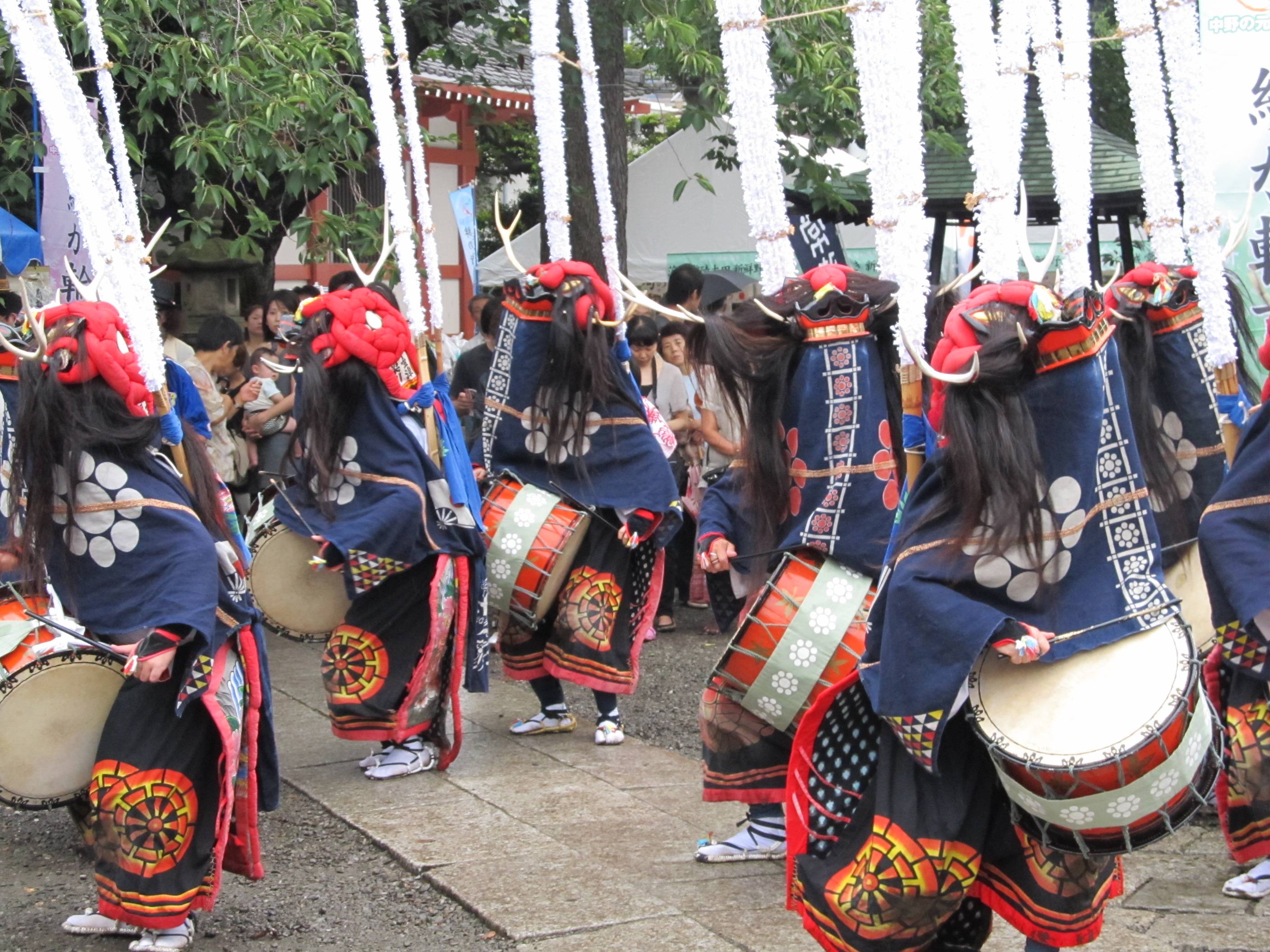 This Deer Dance is actually more popular in parts of Iwate Prefecture, but it can be also found in northern parts of Miyagi, such as in Tome City and Kurihara City. Various rationales exist as to why this 400-year-old dance is performed, from thanking hunted deer for their skins to driving away evil spirits.

Performers transform into monstrous forms of deer, complete with deer masks featuring real deer antlers and horse hair. Measuring 3.6 meters (11.8 ft), the sticks on the back of each dancer (known as sasara) are rhythmically—and at times violently—swung back and forth in what appears to be an ancient form of heavy metal head-banging. Stretching toward the heavens, they’re tools for connecting to the Shinto gods. Japanese idol groups may need to step up their game, because these eight-member groups can sing, dance and play the taiko drum all at the same time! Want proof? Check out the video above of a Tohoku group performing in London in 2012. 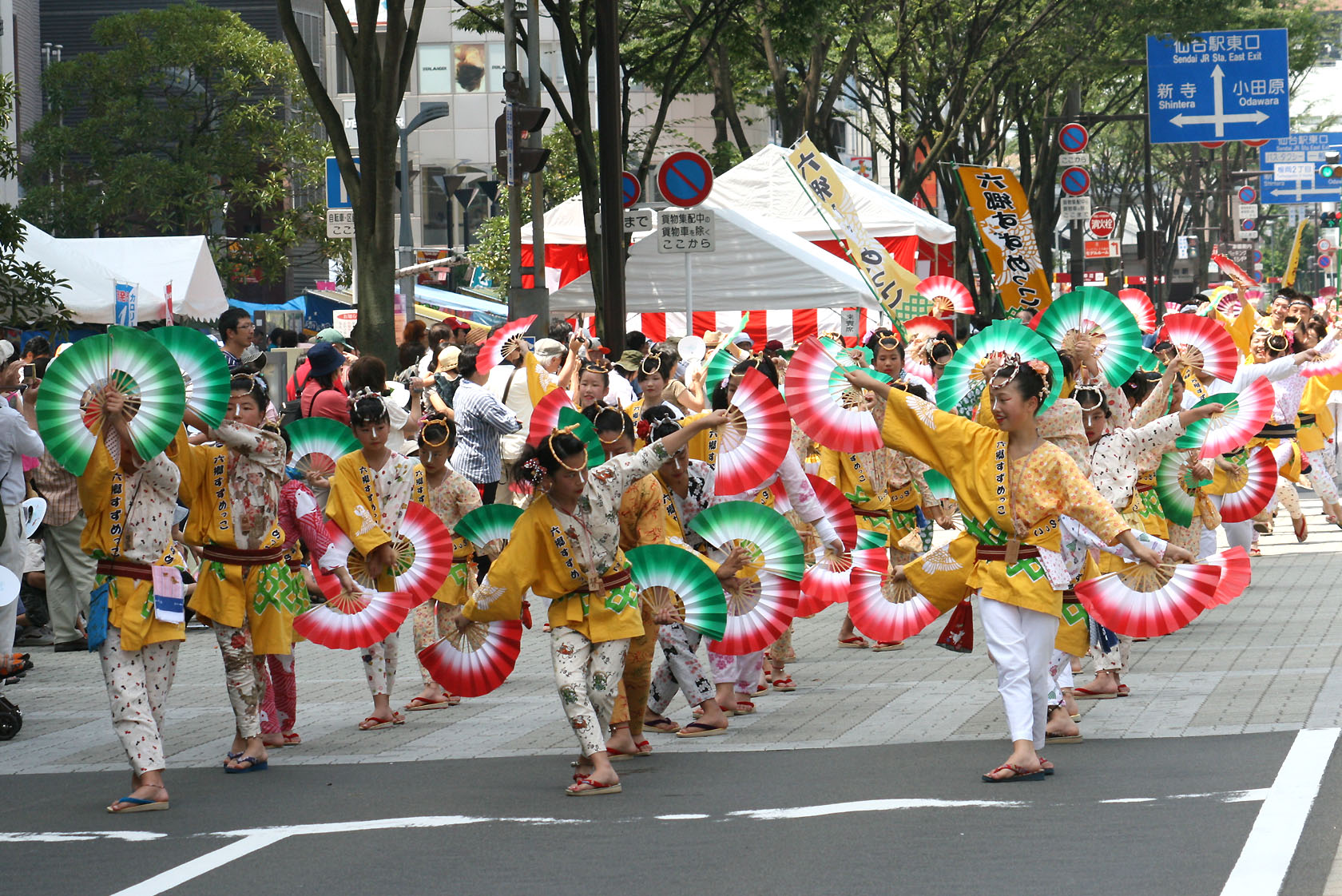 This dance dates back more than four centuries to the founding of Sendai by warlord Date Masamune. Upon the completion of Sendai Castle (also called Aoba Castle) in 1603, there was a massive party. Food and drink were certainly in abundance, but so too were men dancing like birds. The hopping and skipping dance performed by the stone masons was said to have resembled the movement of sparrows. Perhaps the connection was made because Date Masamune’s crest features two sparrows surrounded by bamboo leaves. Whatever the reason, the dance became all the rage.

While today the castle lies mostly in ruins, this unique dance still thrives. All elementary school students in the city will practice the dance around festival time, with some graduating to join professional and competitive community groups. Literally hundreds of “sparrow dancers” can be found parading the streets or strutting their tail feathers (or fans, rather) onstage during the Aoba Festival on the third Saturday and Sunday of May each year, and at smaller events throughout the year. 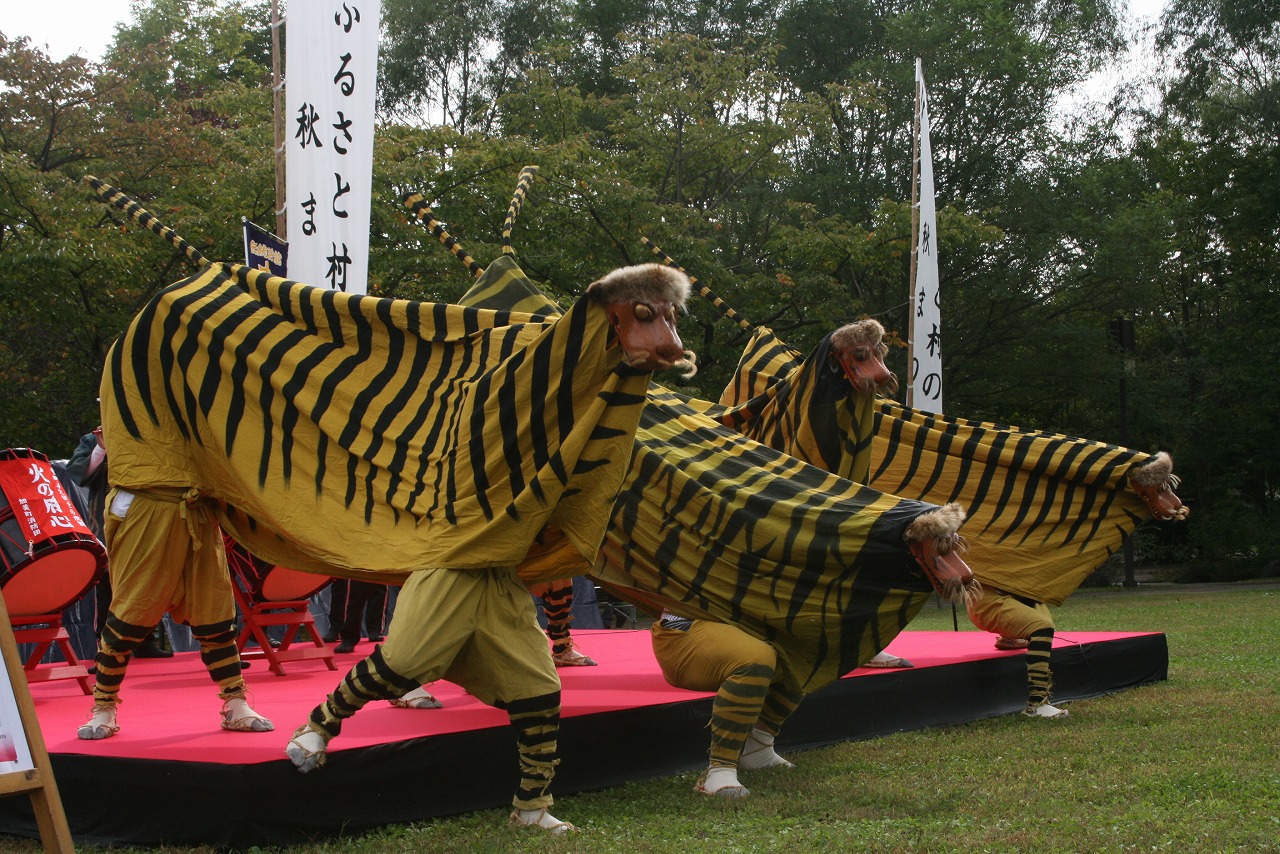 One of the most entertaining animal dances to watch is the Tiger Dance. While it may not have the spiritual origins of the Deer Dance or the high energy of the Sparrow Dance, what could be more fascinating than tigers perched on rooftops as locals pray for protection from fire?

More specifically, the two-person tiger teams are trying to ward off high winds that come between spring and summer. High winds could balloon a manageable flame into an uncontrollable inferno during olden times when everything was made of wood, hence the need for this Kagura-like dance that’s said to date back more than 650 years.

Tigers may not seem so special, but they’re considered mythical animals like dragons or phoenixes, as they’re not native to Japan. The festival is held on April 29 each year.

The Gem of Aomori Prefecture: The Oi...