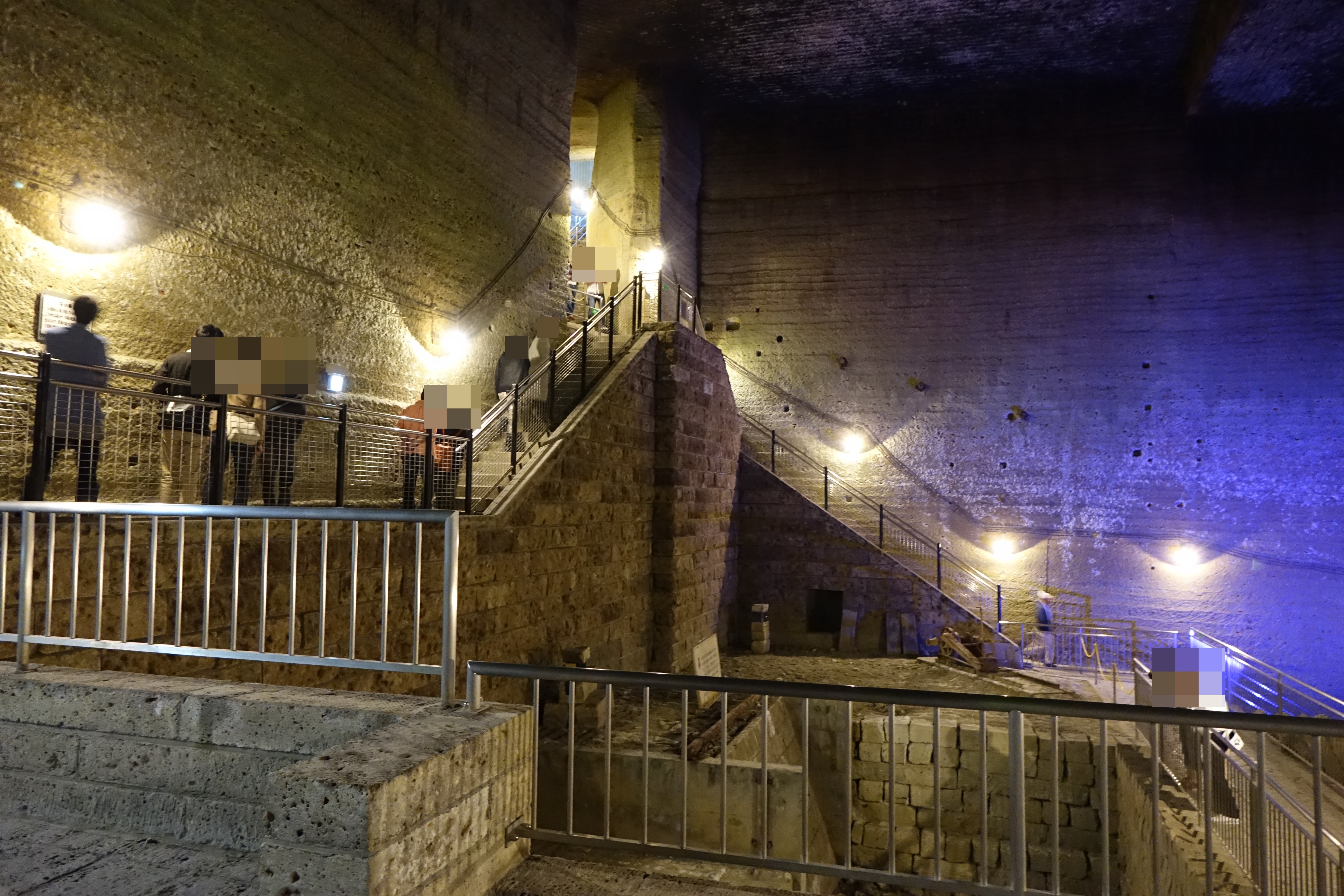 This mysterious place, which reminds you of dungeons in video games or some movie scenes, can be found at Oya Stone Museum (Oya History Museum) in Oya-machi, Utsunomiya City, Tochigi Prefecture. It is actually one of the ruin tunnels of an old underground mine, which was in operation from 1919 until 1986. Its size is 20 thousand square meters and the whole space was created by digging out layers of stone.

This gigantic underground space was used as storage and factory during the Second World War and after the war it was used to store rice. Now it is open to public access and allows visitors to tour around in the underground space, which is also often used as a locale of music videos, exhibitions, concerts and for various other purposes.

Let’s Step into the Maze! 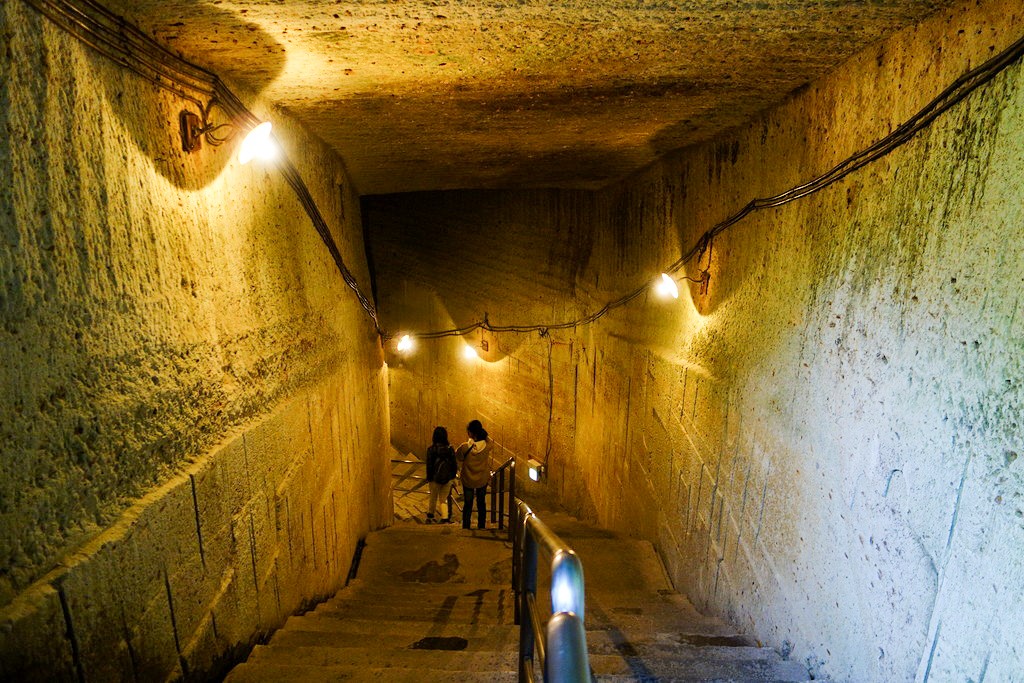 Now as you descend down the stairs leading to the tunnel, you can clearly feel the temperature drop. The space inside the tunnel is like a natural refrigerator with its annual average temperature being as low as 8 degrees Celsius (the museum’s official website shows the day’s temperature inside the tunnel). Make sure to bring an extra layer of clothes even in midsummer in order not to feel too cold.

At the reception office/archive room on the first floor, you can take a look at the historical materials related to the mine.

Art of Light Illuminates the History of Mining 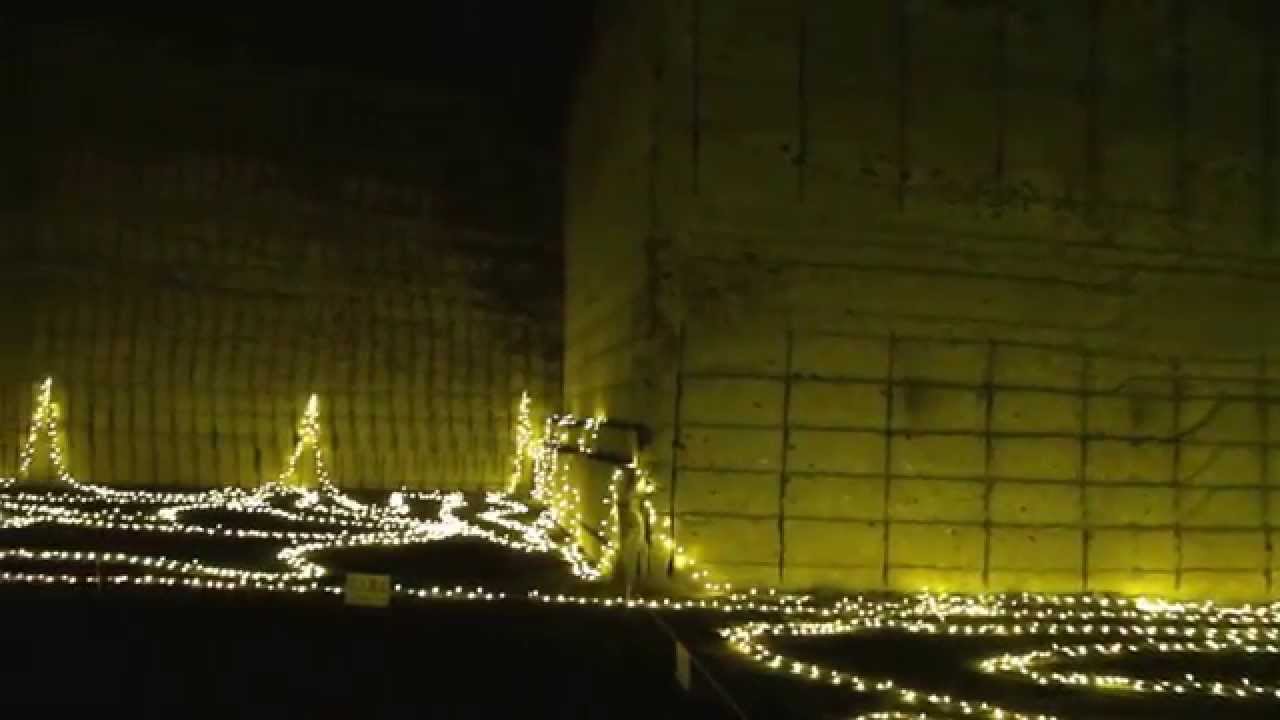 Lights of various colors illuminating spots here and there and music playing in the background nicely enhance the mysterious atmosphere of the underground space. You can really enjoy the feeling that you are in the underground as you see the lights from above the ground stream in through some fissures in the rock surface. The space is also decorated with many objects including old mining tools which remind you of the history of this old mine.

You can see the area called “Priere Church” in the photograph, which is usually off-limits. This area is available for a wedding ceremony with an advance application. 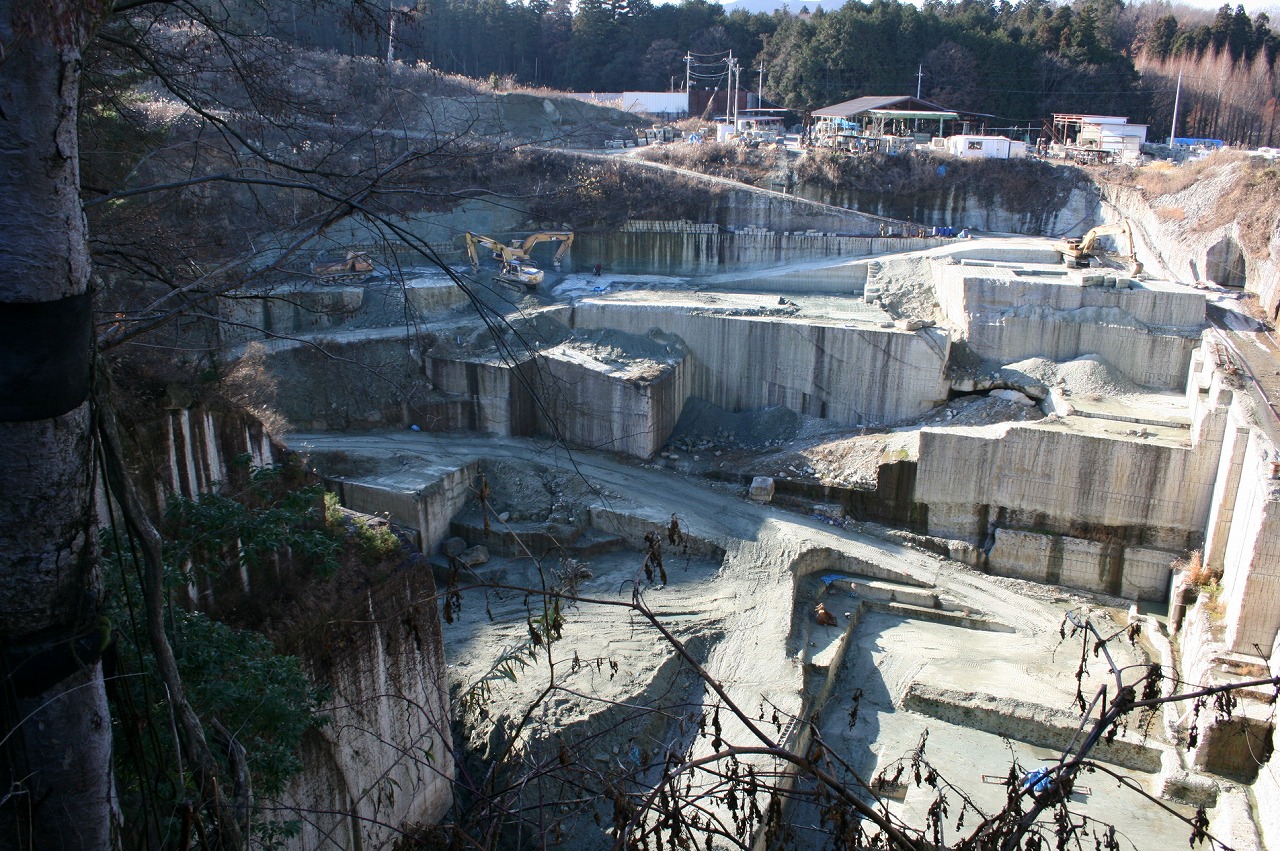 Forbidding yet beautiful natural sceneries with many steep cliffs surround the museum (snow is seen in this photo as it was taken in February).

There are deposits of “Oya stone” scattered over a large area around Oya-machi. As light and soft Oya stone are easy to process and also highly resistant to fire, earthquake and moisture and makes ideal construction material, it has been mined and utilized since ancient times. Many of the unnaturally angular rock surfaces you can find around here are the traces of mining.

The oldest example of the use of Oya stone can be seen in an ancient tomb from around 6 -7th century. The stone is of course still being used today as material to make buildings and stone ovens.

General Information of the Museum 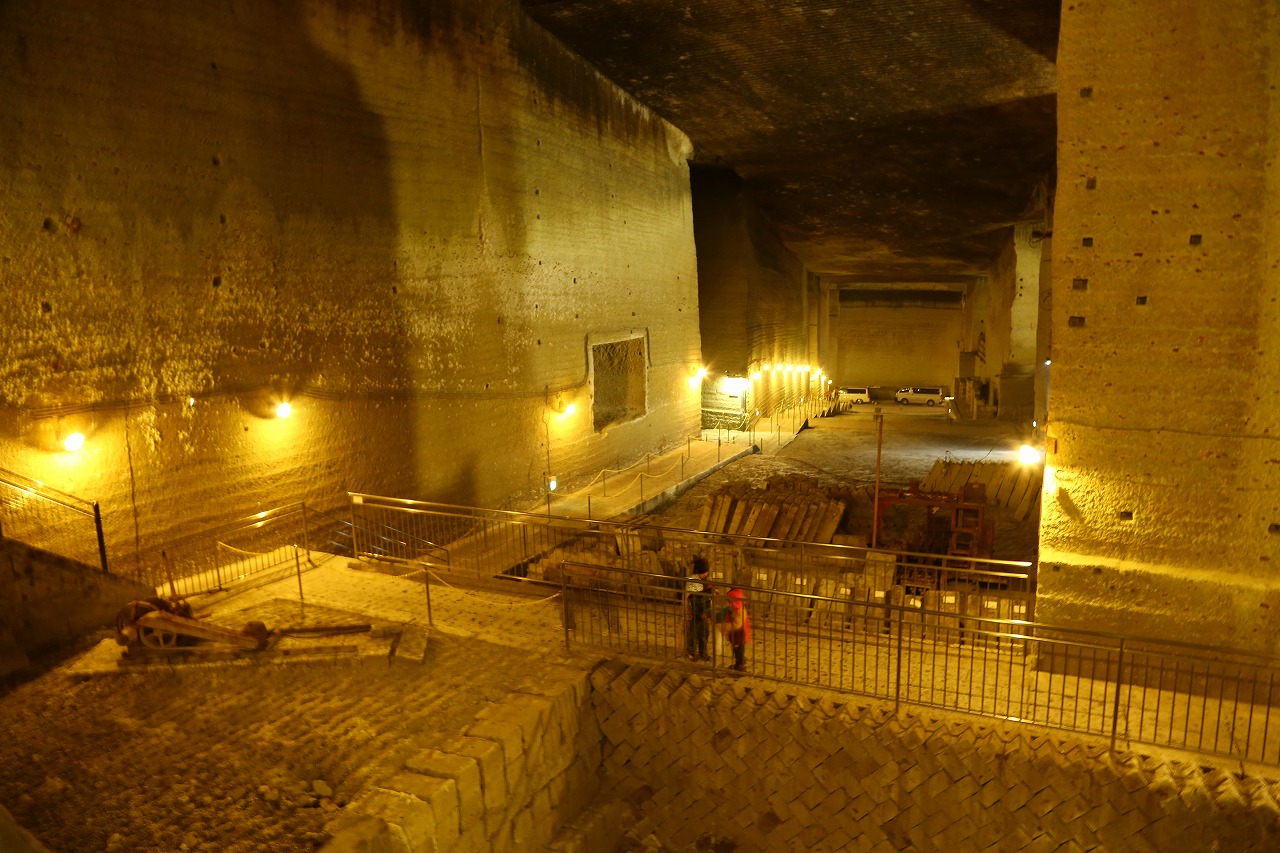 The museum is not too easily accessible with a limited number of bus services each day. But such inconvenience is almost nothing when you can have some extraordinary experience for a fare of just about 700 Yen. It is definitely worth a visit whenever you happen to be visiting Utsunomiya City, Tochigi Prefecture.

Speaking of Utsunomiya, it is also well known among Japanese as a great place to enjoy gyoza dumpling. Don’t miss out on Japan’s best gyoza dumpling either!

Get a Spectacular View at Yama-dera,...