Made from dough filled with sweet red bean paste, taiyaki and imagawayaki are two popular Japanese sweets. Let’s learn a bit more about these delicious treats.
Taiyaki and imagawayaki are two popular Japanese snacks made from fluffy dough filled with a generous helping of anko.
But what are the differences between these two snacks? Today we will take a look at these similar treats.

The Difference Between Taiyaki and Imagawayaki 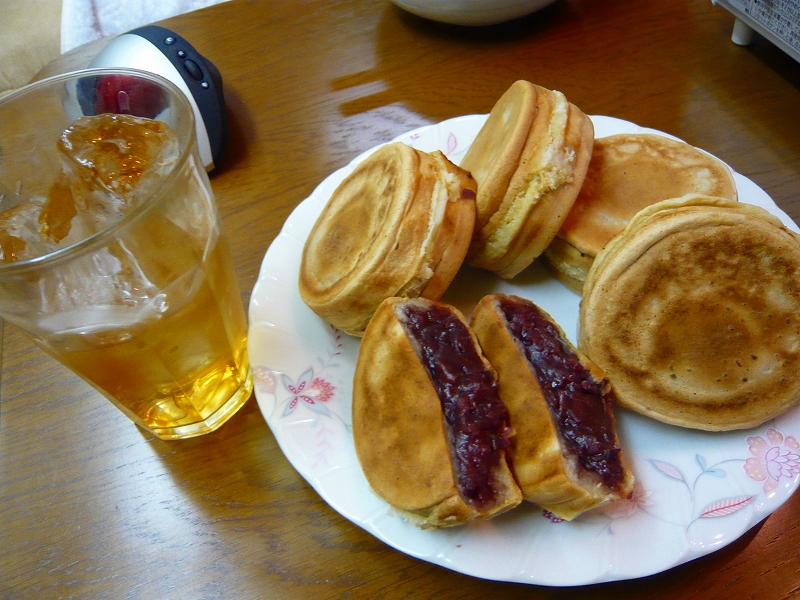 The biggest difference between taiyaki and imagawayaki is their shape! Taiyaki is shaped like a fish, while imagawayaki is round. But with the basic ingredients and filling being identical, how did this differences in shape arise?

Historically, imagawayaki have been around the longest. Imagawayaki were first eaten in the Edo era while taiyaki came about almost 100 years later, during the Meiji era.

The History of Taiyaki and Imagawayaki 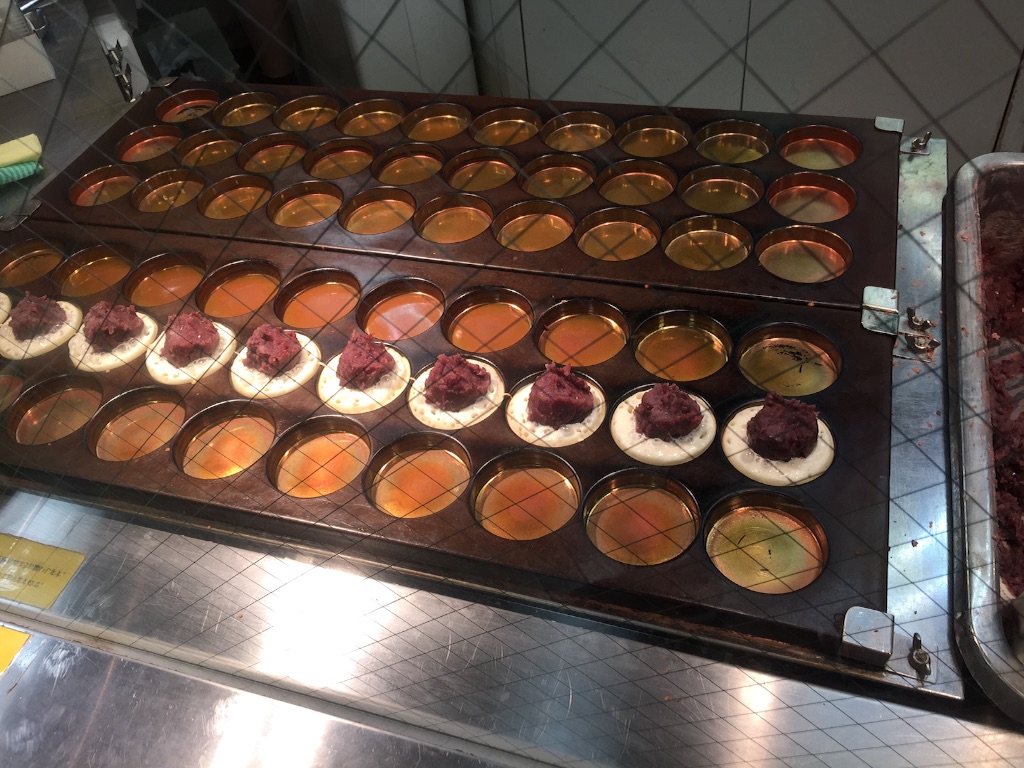 It is said that imagawayaki has its roots in Kanda, Tokyo. 200 years ago, in Kanda’s Imagawabashi neighborhood there was a sweet shop that sold red bean paste filled buns which over time became known as imagawayaki. These simple flour buns filled with anko soon became popular as the perfect mid-afternoon snack.

Taiyaki also has its roots in Tokyo. They were invented by a man named Seijirō Kanbei, who was originally from Osaka but later came to Tokyo for business. His own imagawayaki shop was not doing very well until he suddenly had the idea of selling the snacks in the shape of fish. Not just any fish, but a ‘tai’ or red sea bream, which are considered a lucky or auspicious dish in Japan and eaten mainly to celebrate different festivals and events. These fish-shaped sweet buns won over the masses and have been sold ever since.

Seijirō Kanbei’s original shop Naniwaso Honten is still in business and is located in Azabu Jūban, Tōkyō . This is a must visit shop for fans of taiyaki and its creator. 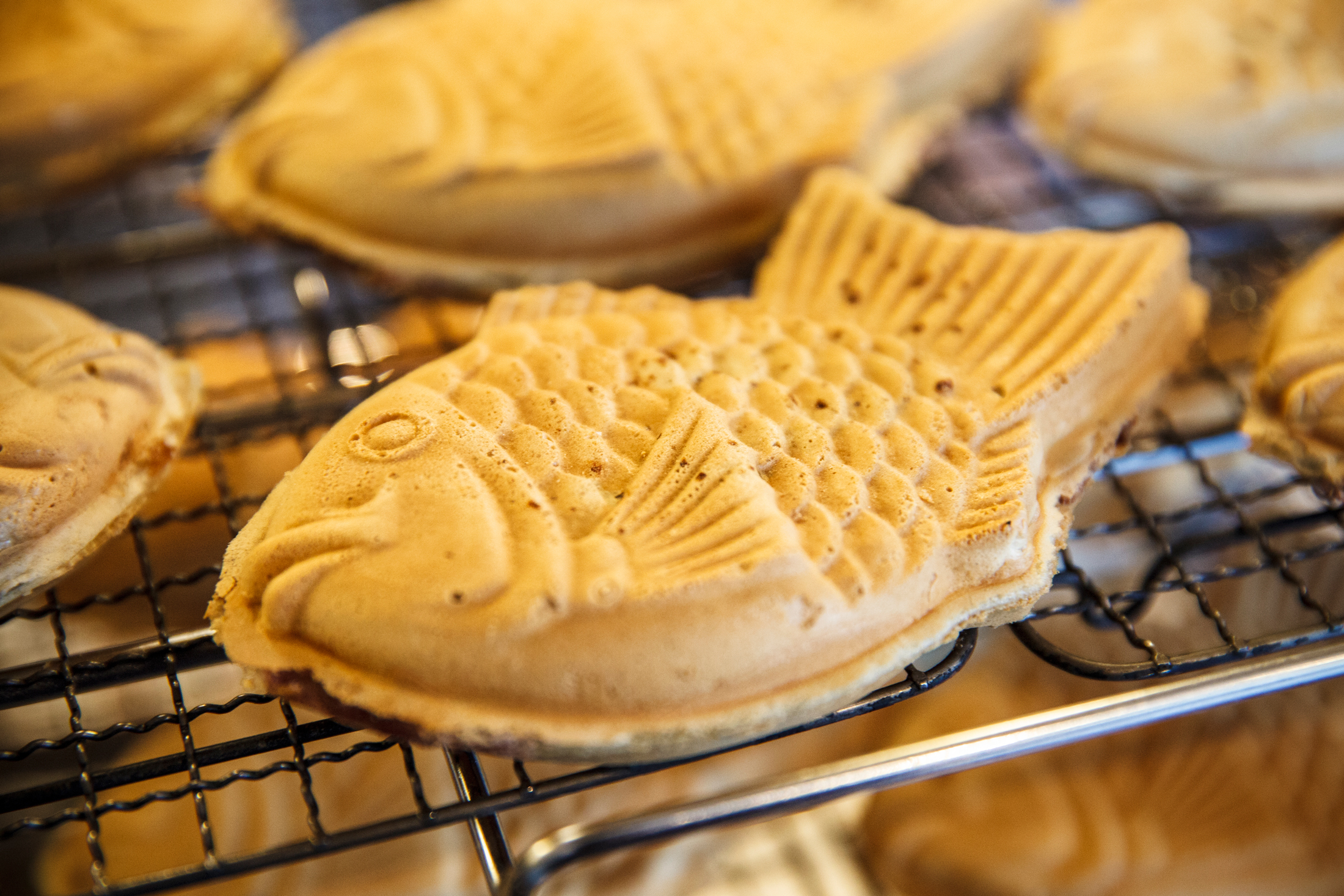 Both imagawayaki and taiyaki are best known as anko-related sweets, but in the 20th century, varieties made with custard cream, whipped cream, chocolate and jams also became popular.

Even savory types with wiener, cheese and even corn-filled taiyaki have been developed. There are also pizza and okonomiyaki filled taiyaki and imagawayaki too.

If you’d like to try one of these unusual treats, head to Gintai in Tokyo’s Meguro ward, where you can order the pizza taiyaki. And if you go to Kichijōji, also in Tokyo, you should visit Gin-no-an, a shop that serves taiyaki made from croissant dough; these croissant taiyaki are available all across the country now.

When you visit Japan, you should definitely try the original and some of the new types of taiyaki – you will surely enjoy yourself!

Go to the Museum! 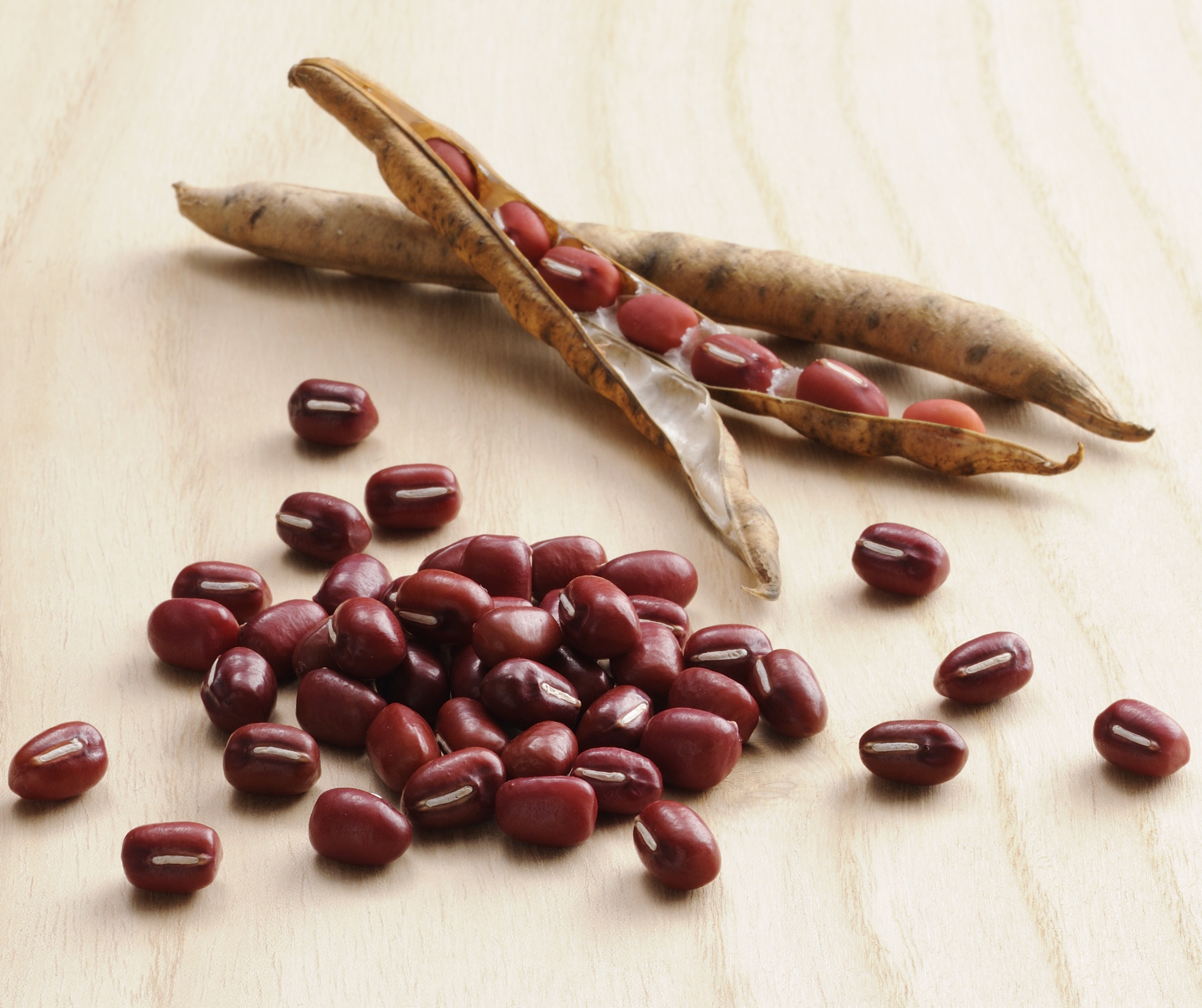 If you have read this far and are now even more curious about the history of taiyaki and imagawayaki, then there is an interesting place that you should visit.

The Adzuki Museum, managed by the famous imagawayaki manufacturer Gozasōrō, is the perfect place to learn more about these pivotal red beans, and the role of Gozasōrō in the history of imagawayaki. At the museum you can also take part in a class on making your own Japanese sweets.

In the museum gift shop you can purchase imagawayaki-themed cell phone straps, imagawayaki shaped erasers and plenty of other unique souvenirs too. If you are really interested in getting some insight into Japanese food culture, why not check it out?

Get a Spectacular View at Yama-dera,...