Before midterms got rolling around a couple weeks ago, I had some free time to explore more of Japan. The weather was still in its few good days (and hopefully we’ll get some more before the winter chills!) and I’m always looking for interesting/new experiences here in Japan. A lot of people like to pick up tips from local residents, but a lot of the events I’ve actually been to were found in the little magazines that restaurants leave for waiting customers! This time around, I found… the Kiba Square Log Rolling at Kiba Park!

Some history on this activity/event: The Kiba area of Koto-ku derives its name from the once prolific lumberyards and warehouses. (Kiba is literally “lumberyard.”) Kiba no kakunori, or square log rolling, developed as a folk art from this unique background. It sprang from the process of assembling rafts for transport, in which the lumberyard workers maneuver thick, massive logs with only a single fire hook. Apparently, it’s a huge part of Kiba traditional culture (isn’t it surprising how different Japan’s regions – and even districts – are?). 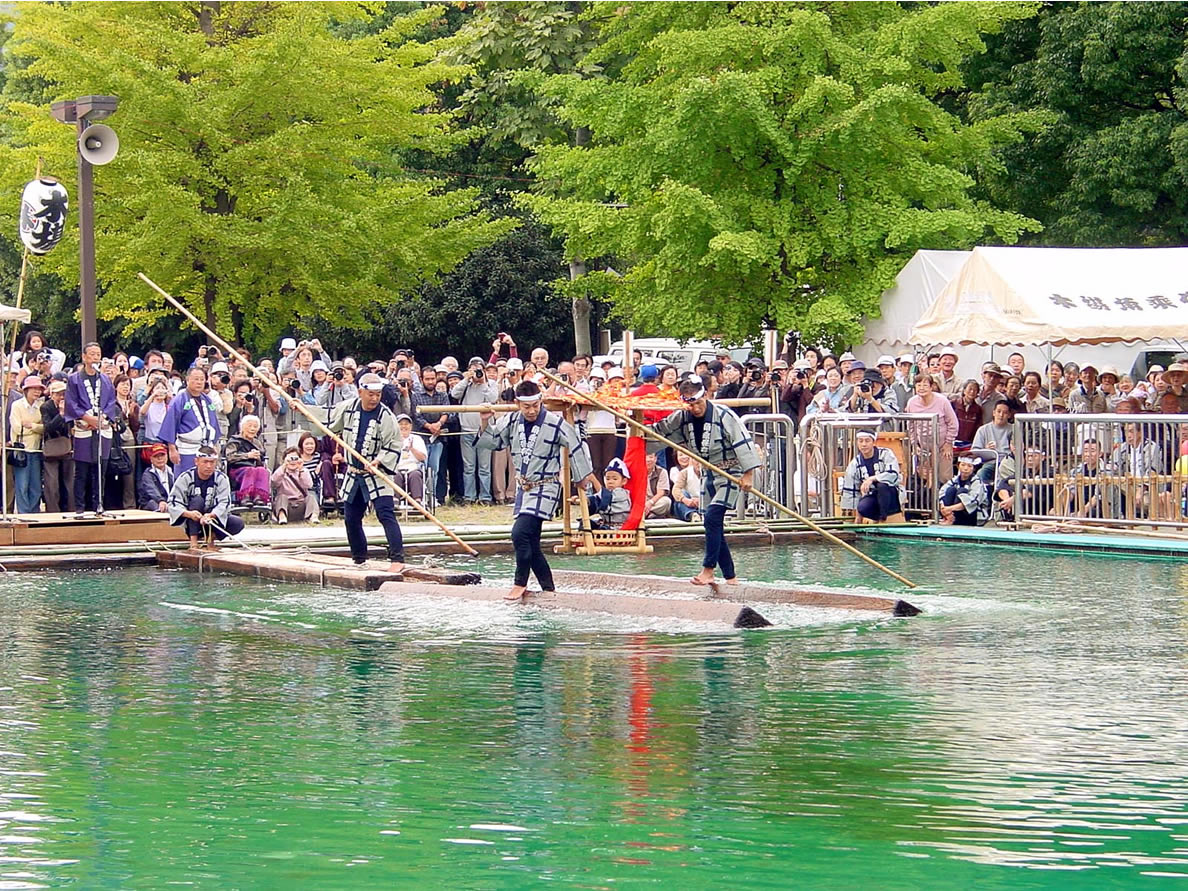 The log rollers are all a bunch of older men considered “masters” at the art. They started off with simple tricks, like a pair of two guys stepping on the logs in synchronization. If one of them oversteps even by a second, the whole rhythm is thrown off and the team is at risk of falling into the water! A few actually did, but were really good sports about it – it was a hot day after all, so the water was probably really refreshing.

But the tricks started getting more and more intricate (and looked more dangerous) near the end of the log rollers’ showing. They started to forego their fire sticks (eliminating their sense of balance and relying only on their own) and carried umbrellas and fans (though as much as they tried not to look nervous, we can tell they were, haha). Then a few of them started wearing geta!!!–those traditional Japanese block sandals! Walking alone in those are hard, but they rolled those logs!! In basically heels! I’m still baffled thinking about it. 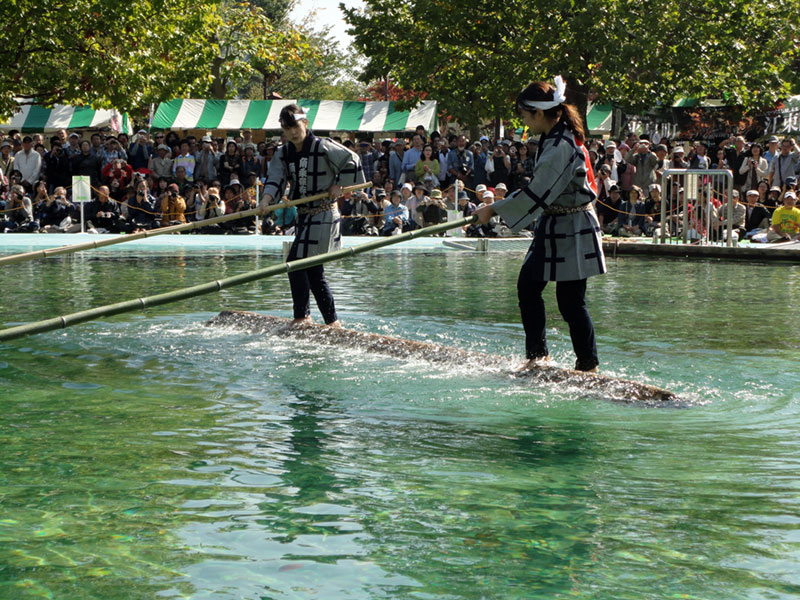 The log rollers had their own little protégés – the smallest and youngest, probably being around twelve. At the end, two of the older log rollers carried the boy in a traditional carriage while on two separate logs. And another jumped off from the end of one log onto another!!! Crazy coordination!! And afterwards, there was a large flea market (I snagged a nifty $5 windbreaker) and lots of food vendors to get some tasty yakitori and other grilled goods.

There’s so much that can go wrong in log rolling, but these guys made it look so easy!