This autumn, try Mt. Hotakadake in Nagano for the amazing nature you must not miss while traveling Japan. The magnificent nature landscapes will stay in your heart forever. 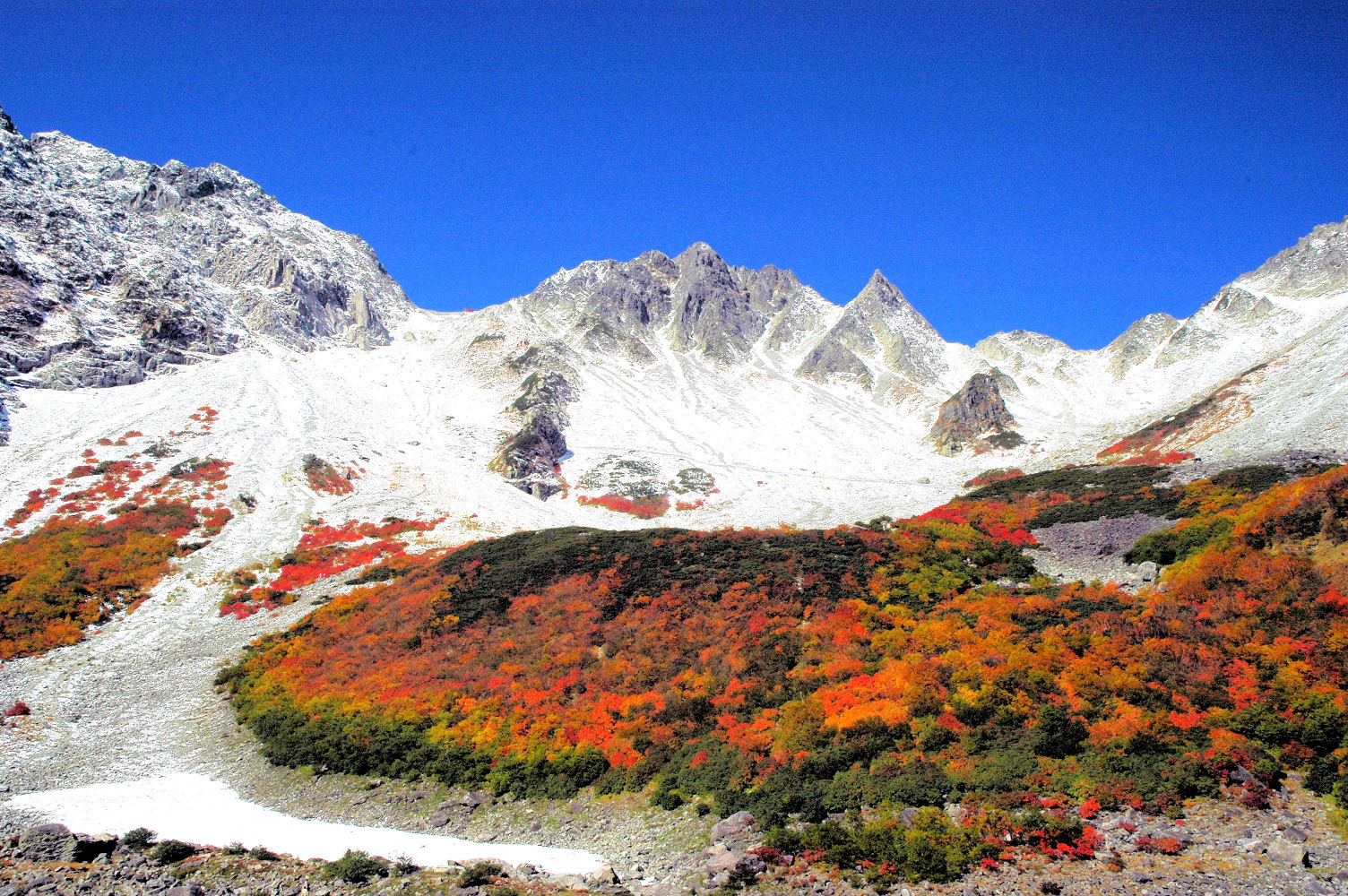 Mt. Hotakadake is located in between Nagano and Gifu prefecture, and is found in the Japanese Alps whose mountains are normally 3,000m high. In fact it’s third tallest mountain in Japan although not so many people don’t know this truth. There are 7 different routes for you to choose, but most of them are for the post beginners. But this place has a strong gravity to attract tourists due to the nature that shows different faces according the seasons. Japan is not all about a bunch of high-tech crazy neon cities. This autumn, why don’t you discover the nature that Japanese people have protected and worshiped for centuries? 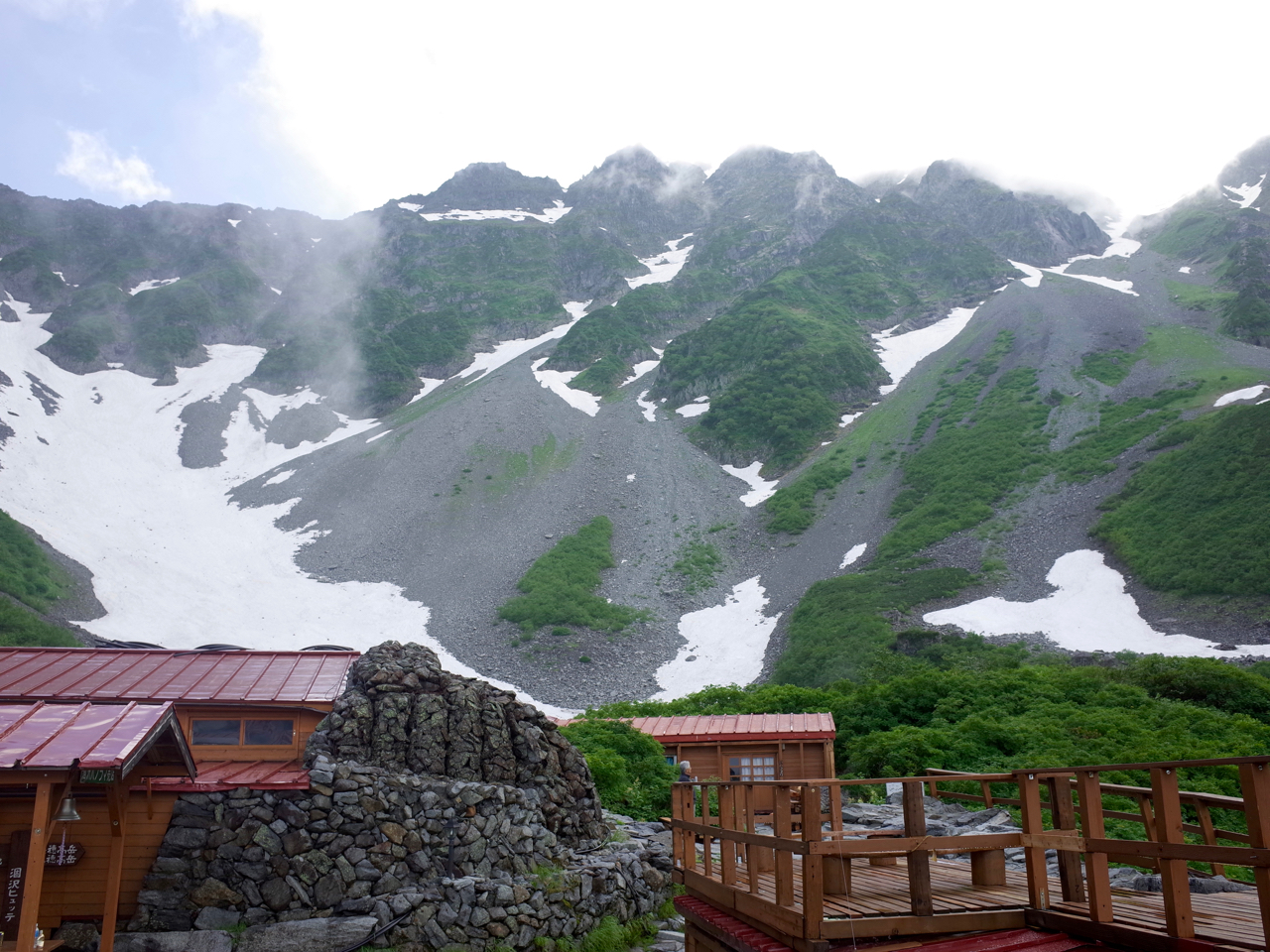 Japan in the autumn has several implications but first and the foremost, the coloured leaves at Mt. Hotakadake is an absolute must-see during this season. 2016 summer is coming to an end, but autumn can bring you much more at this mountain. The place is called Karasawa Cirque, and although the number of tourists is steady throughout a year (by the way you can ski even in the summer as some snows remain), it welcomes thousands of people travelling just to see the mind-blowing view of the coloured mountain in the autumn. It is truly remarkable, yes, this is Japan in autumn.

RED, BUT NOT JUST RED 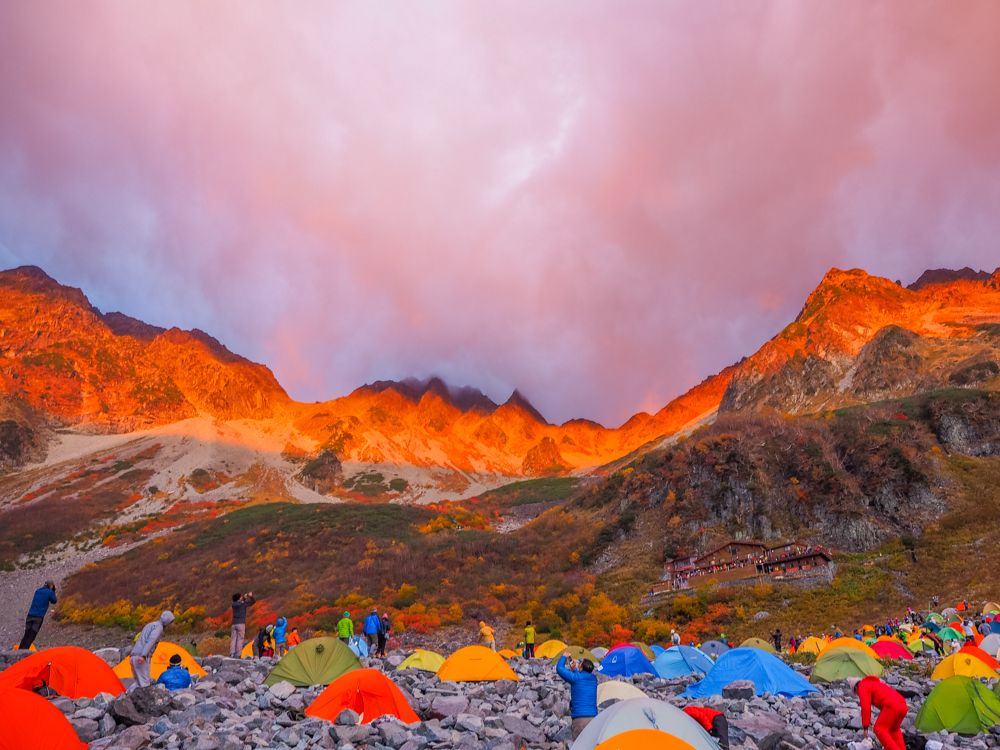 Second amazing view would be the Morgenrot, perhaps called as Alpine Glow or Morning Reds in English. The word itself is originated in Germany, and it’s called the same here in Japan. It is a time when the sunglow starts to light up the mountains in the early morning, and the view of the whole mountain chains are coloured up in the deep red. Japan, the country to rising sun, will treat you right by showing the view that will make you gasp for sure.

JEWEL IN THE DARKNESS 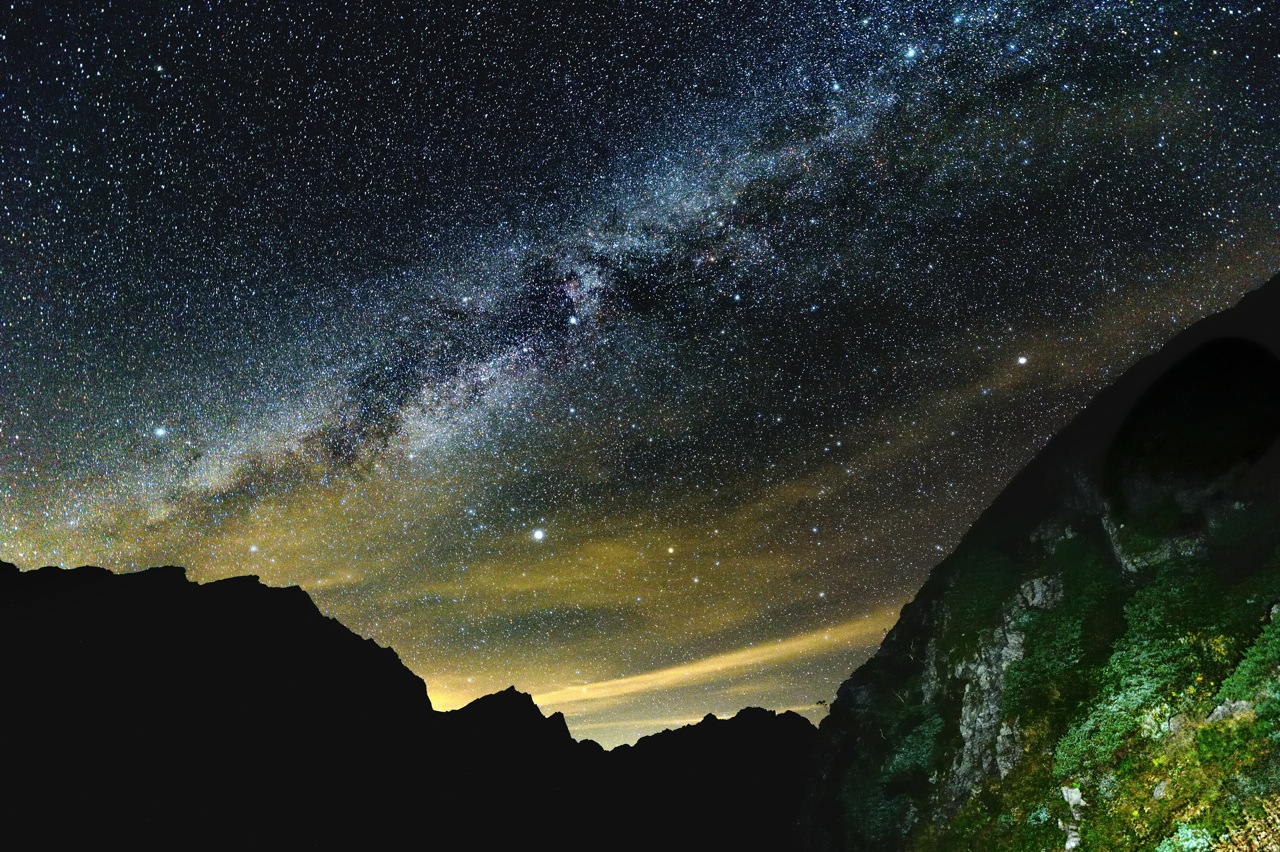 Here at Mt. Hotakadake, there is also a photogenic phenomenon so called “Jewel in the Darkness” that can be witnessed for only 2 weeks in autumn every year. It is actually the lights from hundreds of tents of the climbers who visit the mountain. 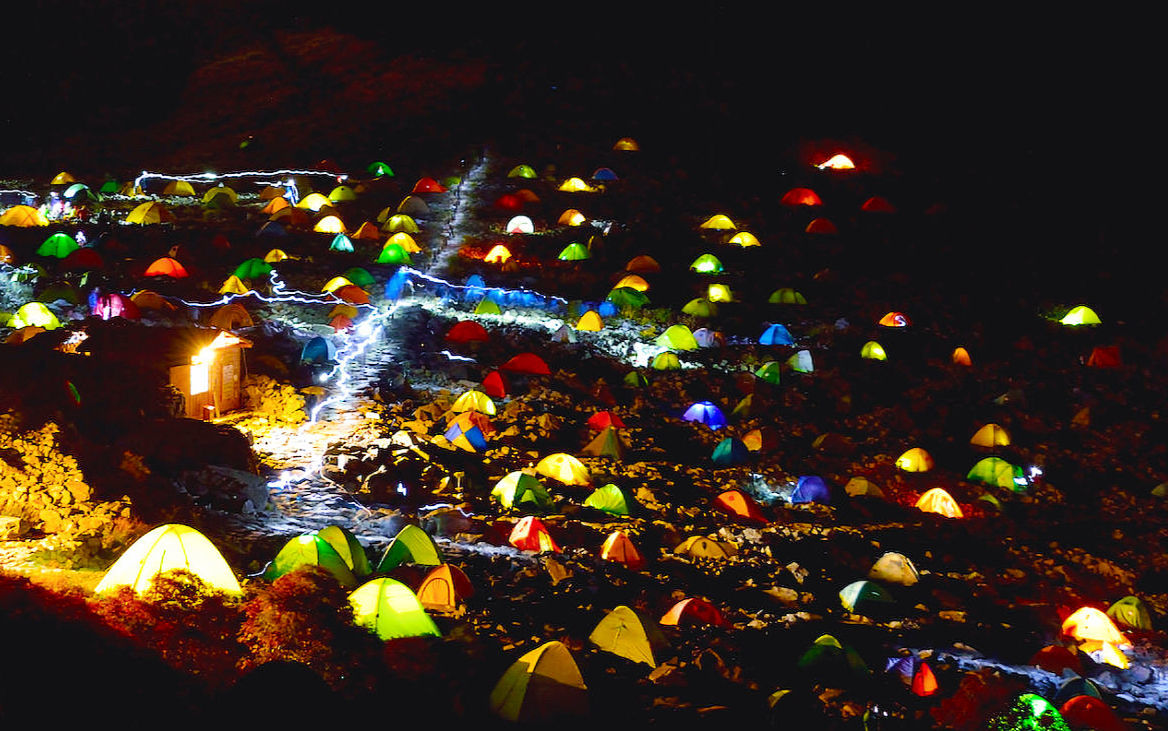 At the East side of Mt. Hotakadake, there is a cottage with a camp site that can accommodate over 1,000 tents. At night, the only lights you could see would be that of stars and that from the tents. Now, as you see the inside lights of those tents from above, they appear like jewels in the middle of nowhere. As colourful as the autumn leaves, the view is surprisingly magnificent and very mystical. 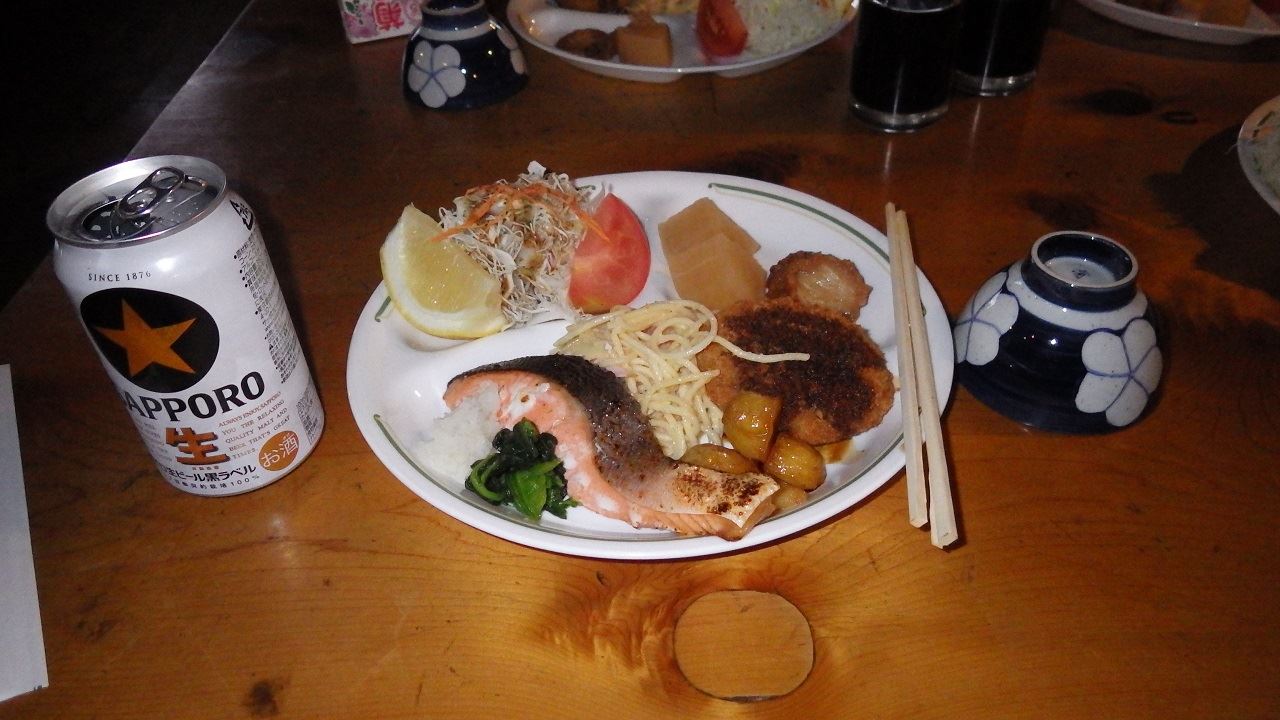 The lodge or the mountain cottage mentioned in above is called Karasawa Hutte, and you should definitely check this out because the natural landscape from the cottage is just worth anyone’s sweat. Here you can stay and fill up your stomach with tasty food that will give you a boost. Especially their Oden (Japanese winter dish that has different toppings such as boiled eggs, Daikon radish, and fish cake stews soaked in a light soy-based soup) is super popular and you got to try one.

Before the seasons, the works of the people at the cottage begin with what it seems to be an endless snow shoveling. Normally the snow covers up to 10 meters around the Hutte and also 4 meters on the top of the roof of the cottage. After the hard work and a long winter, they, as they call themselves as “Hutte Family” are ready to welcome the climbers from all over the world, like you.

THE POWER OF MT. HOTAKADAKE 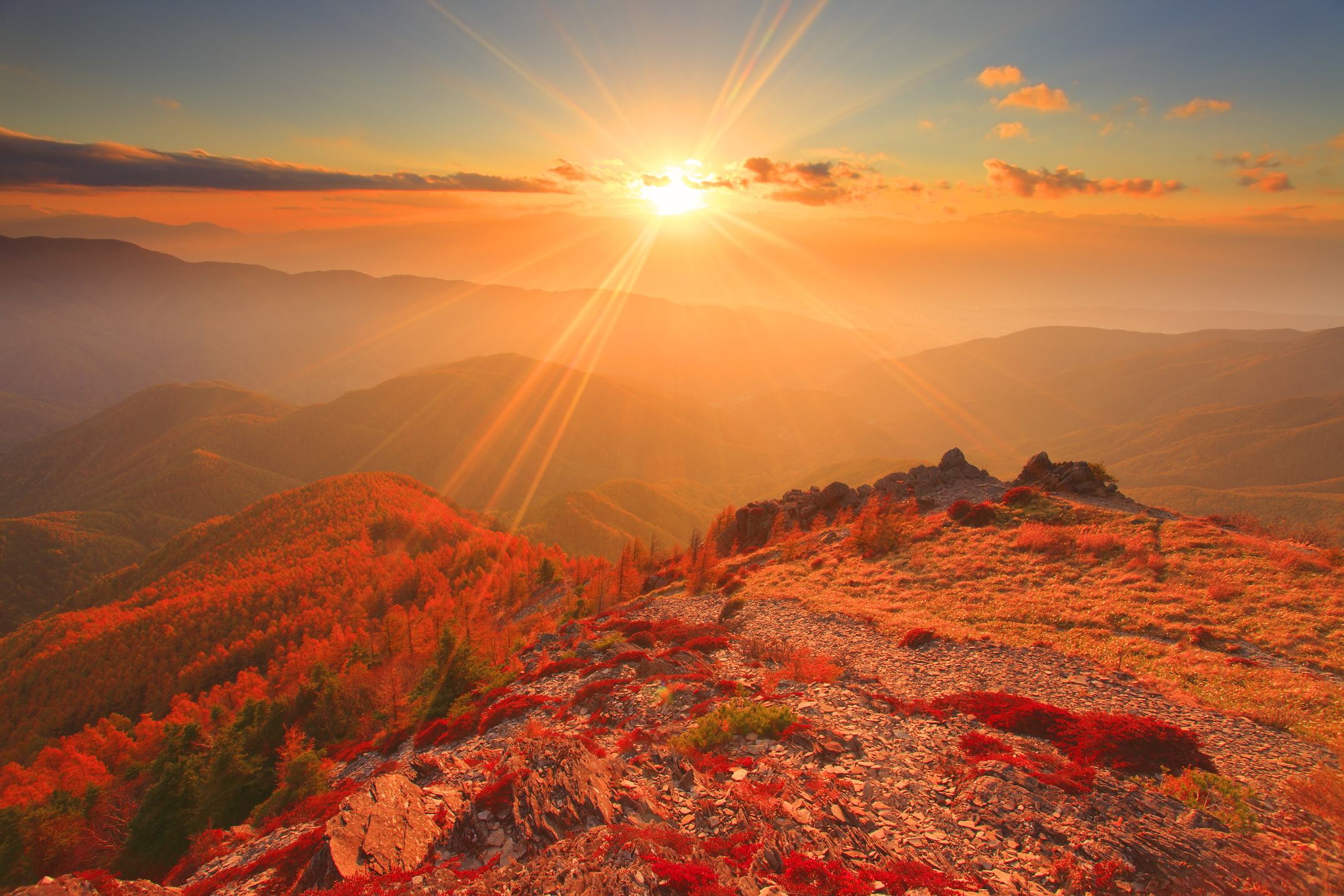 Those who completed the Mt. Hotakadake say that the beautiful rockfaces of the mountain straight up towards the sky is why they keep trying and coming back to this place. It surely does require decent energy to climb up and aim for the top. But they say that overcoming that challenge and what they can view after all the effort is just so rewarding as well as very much inspiring that they feel something changes within themselves after climbing. Now, it’s your turn!

To All Matcha Lovers! Nanaya Provide...