It is said that the hot summer weather followed by the mild autumn weather brings out the best appetites Autumn is one of the best times of the year for foodies to enjoy a variety of fresh and delicious seasonal dishes in Japan There are so many great seasonal dishes to enjoy in autumn Do you know what the typical seasonable foods are? Here are some tasty foods that Japanese people often crave in autumn. 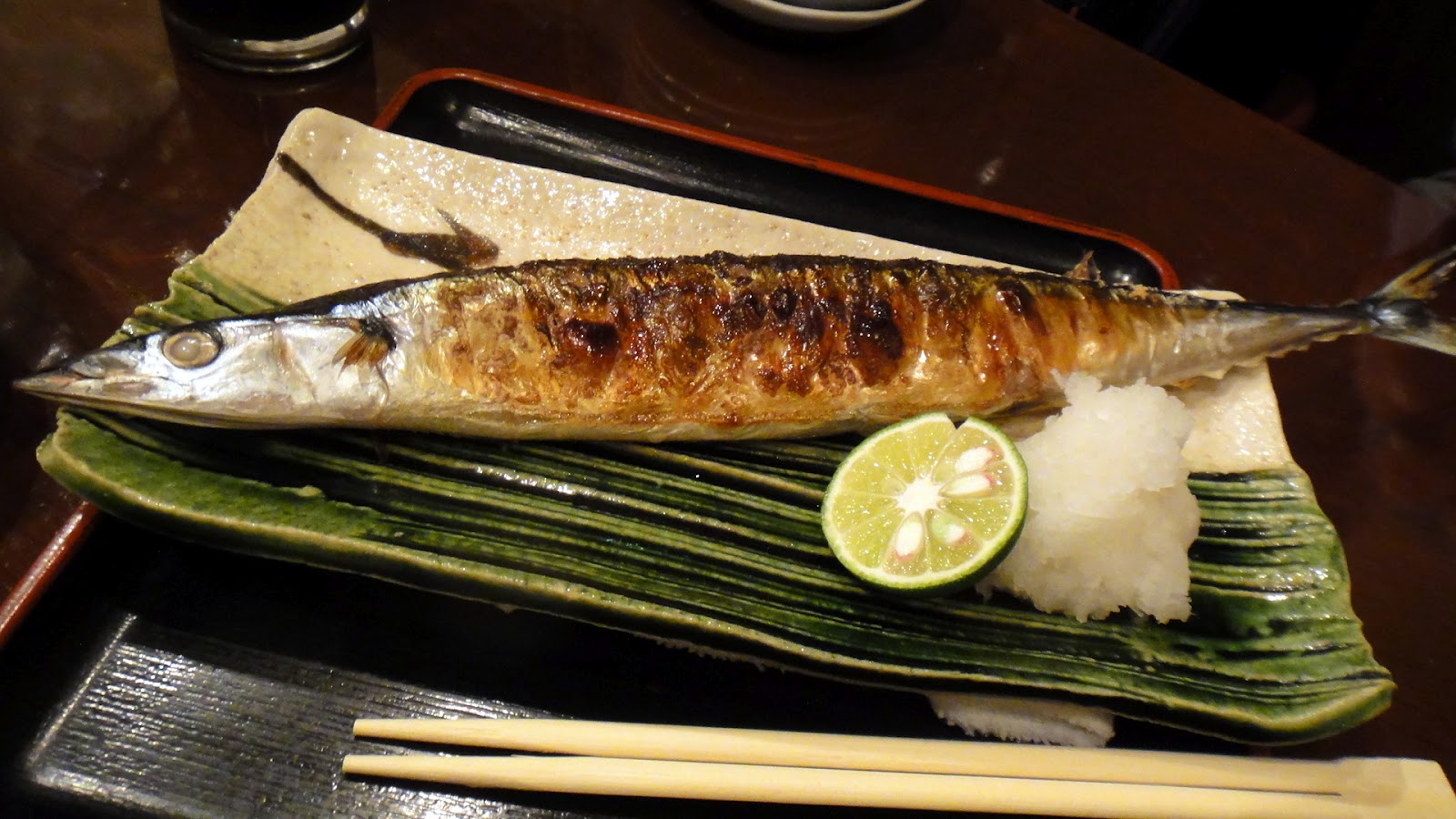 Pacific Saury is called Sanma (秋刀魚) in Japanese and autumn is the best season to eat it When it is fresh, it’s best cooked with a simple recipe such as grilling the Sanma with a pinch of salt and serving it with shredded Japanese horse radish and soy sauce When they are in season, the fish become chunky and fatty giving it a great taste It also pairs well with a sauce made of soy sauce, sugar, and sake called Kabayaki. 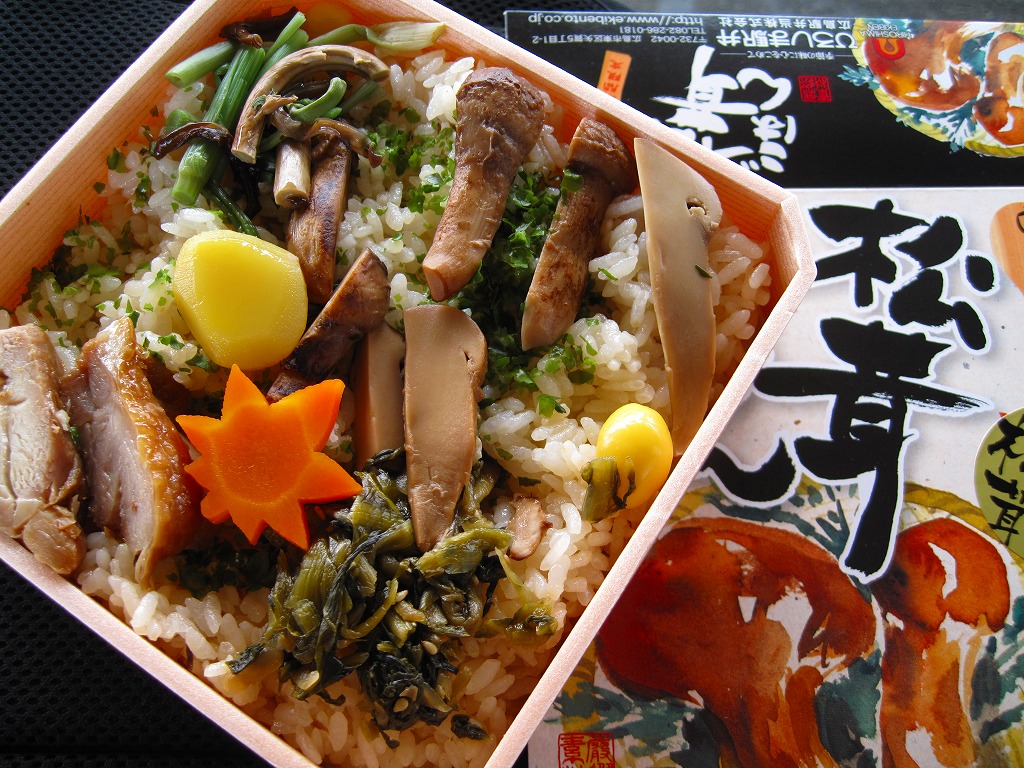 The Matsutake Mushroom (松茸) might be one of the most prominent seasonal foods in autumn for Japanese people Matsutake Mushroom are often very expensive because it is difficult to cultivate, so it is considered a real treat for Japanese people to eat it in the autumn The Matsutake Mushroon’s shape might be similar to Italy’s famous Porcini mushroom, but it has a distinct and intense aroma that is different from any other kind of mushroom To enjoy the full flavor and freshness, it is best served grilled and it also goes really well with rice the dish is called, “Matsutake rice”. 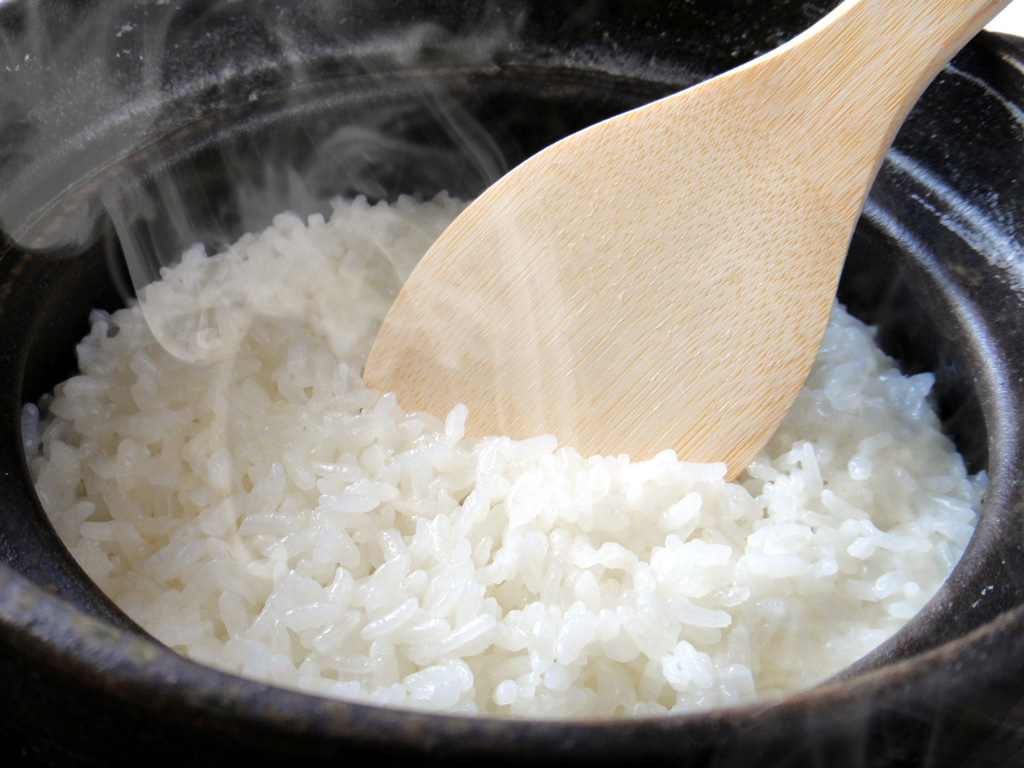 Japanese people are often very picky about the type of rice they eat everyday, that is why there are so many varieties of high-spec rice cookers at home appliances stores Autumn is the moment when people rush into the stores to buy newly harvested rice called Shinmai (新米) Why is it different from normal rice? Newly harvested rice is shiny, moist and soft with a great texture The aroma itself is so distinct that you will taste and feel the difference Many restaurants often serve a bowl of this newly harvested rice or serve specialty dishes so that customers can enjoy the flavor. 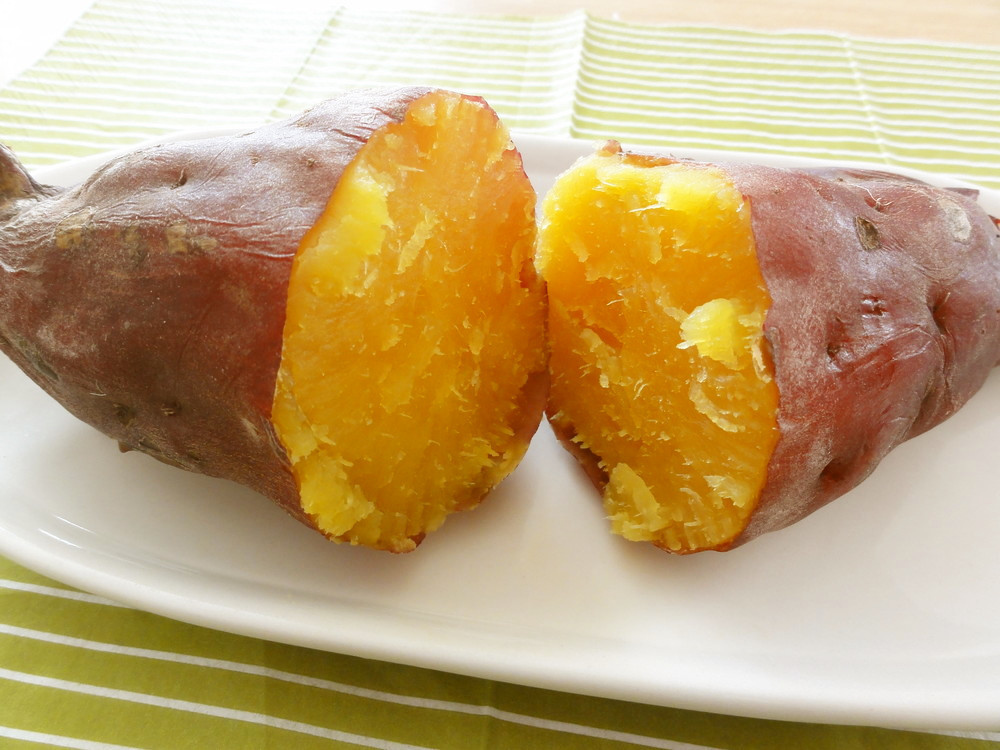 The sweet potato was said to be first brought to Japan in the late 16th century from Latin America It was then cultivated mainly in the southern part of Japan, Kyushu, and Okinawa It has become one of Japan’s popular daily foods The type of sweet potato cultivated in Japan has a rich flavor that is much sweeter the potatoes found anywhere in the world Most of the time, sweet potatoes are baked over hot coals. 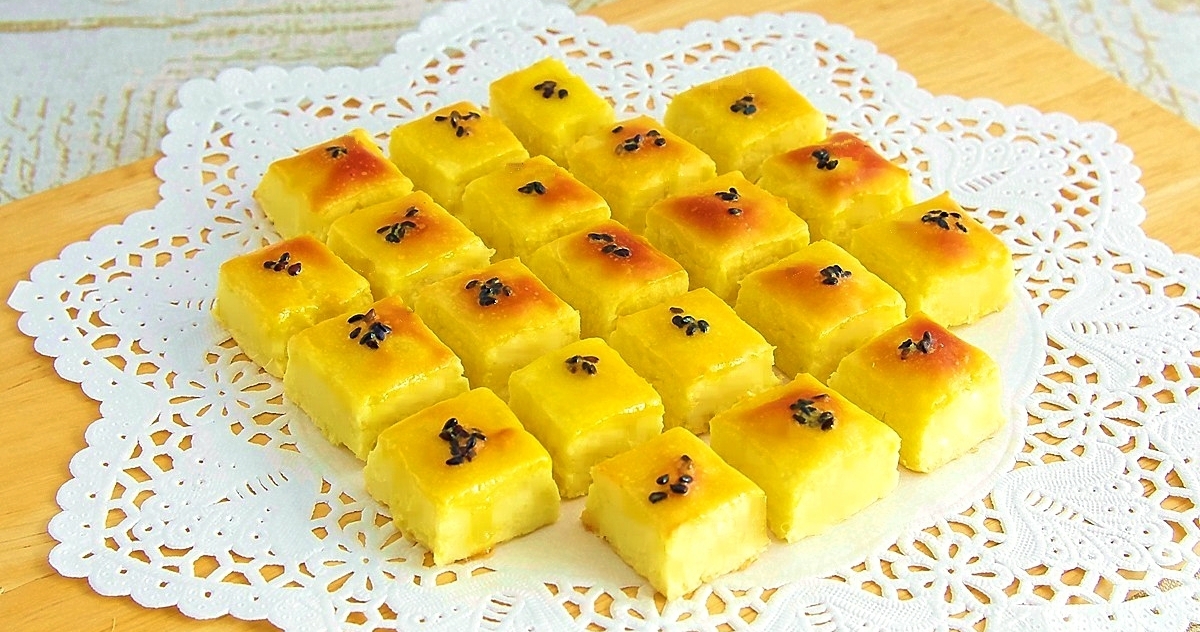 However, there are various ways to cook sweet potatoes Since the potatoes are already sweet, they are often used for baking in autumn and are definitely worth trying For example, “Sweet potato tarts” are which is made with smashed sweetened potatoes Another great treat is sweet potatoes cook with sesame seed oil and sugar. 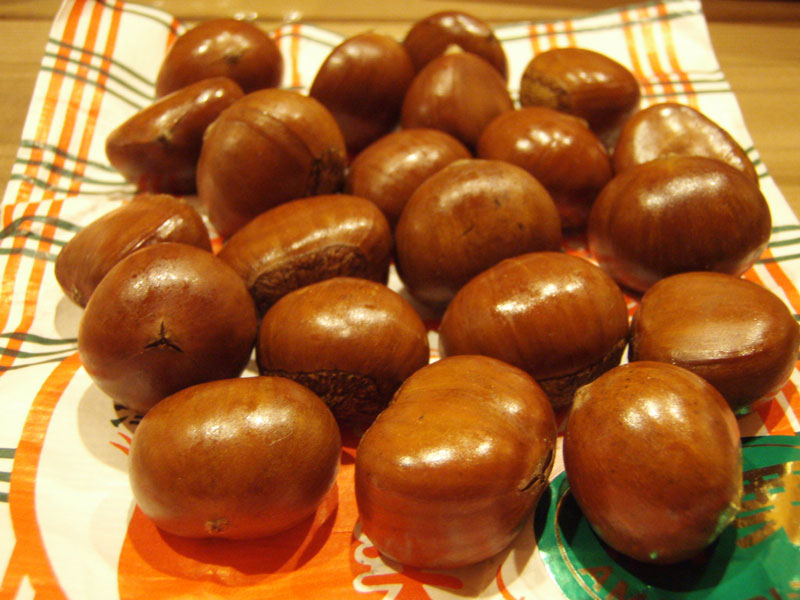 Chestnuts are mainly produced in Ibaraki prefecture and it they are often used in Japanese dishes When they are freshly picked, it’s best to serve with rice because of the color, taste and aroma to stimulate the appetite It mixes well with mashed sweet potato and it’s called Kuri Kinton (栗きんとん) It’s also good to make cake with chestnuts. 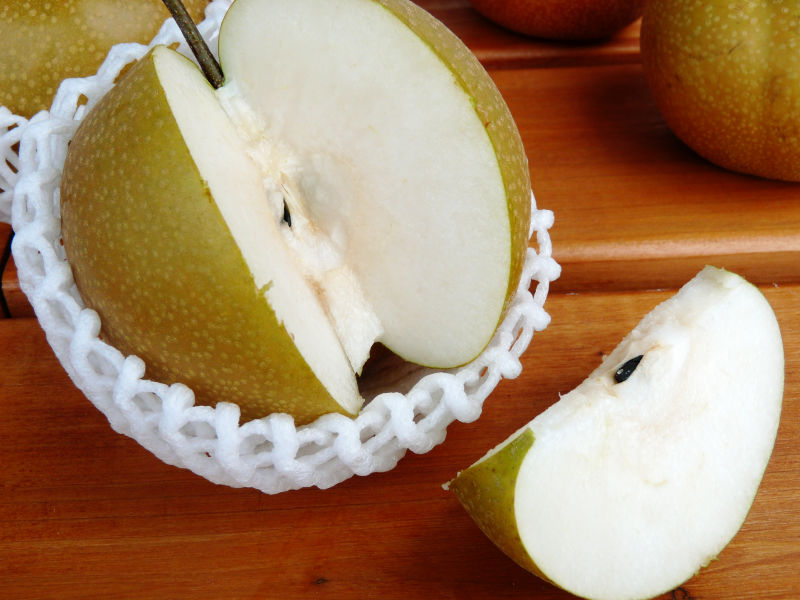 During autumn in Japan, one of the best seasonal Japanese fruits is the Japanese pears called Nashi (梨) They are always being sold at the grocery stores or supermarkets in autumn Japanese pears have a similar shape compared to apples and they are best eaten fresh They are not usually used in cakes or pies It has a light flavor similar to western pears, but it is very crunchy You will be addicted to crunchy and tasty Japanese pears. 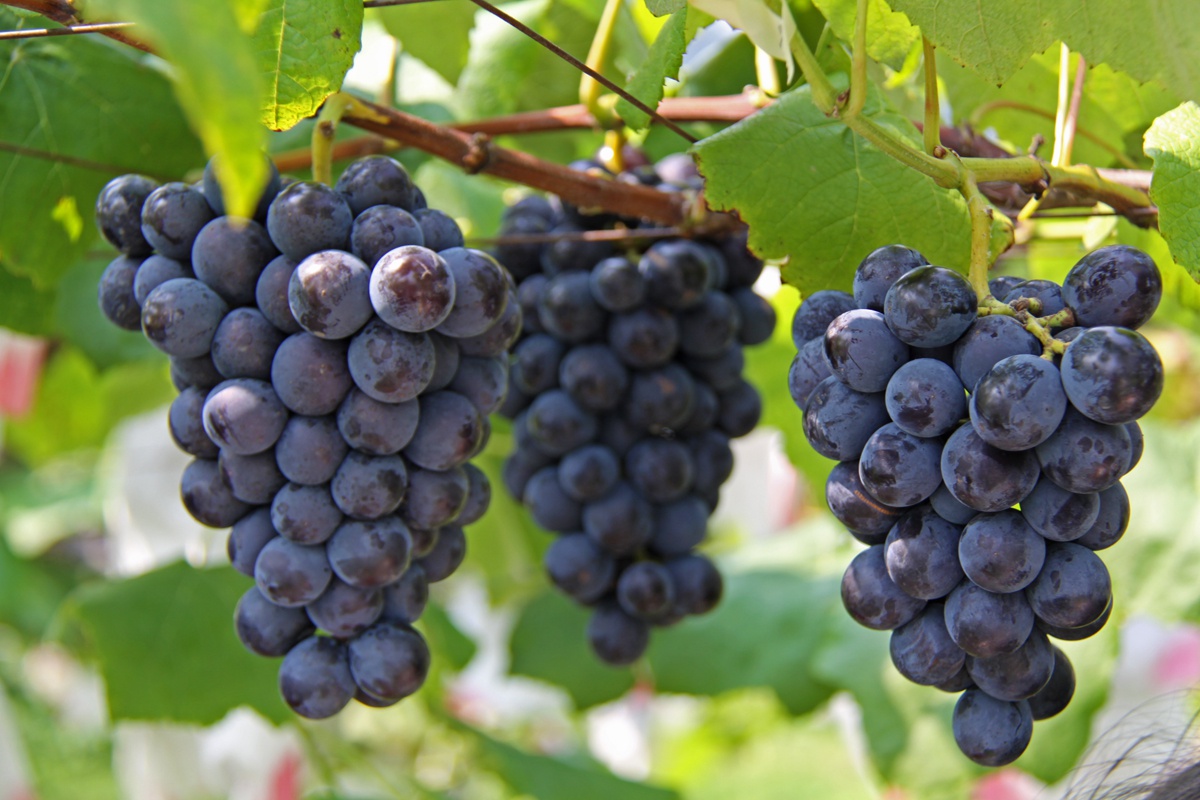 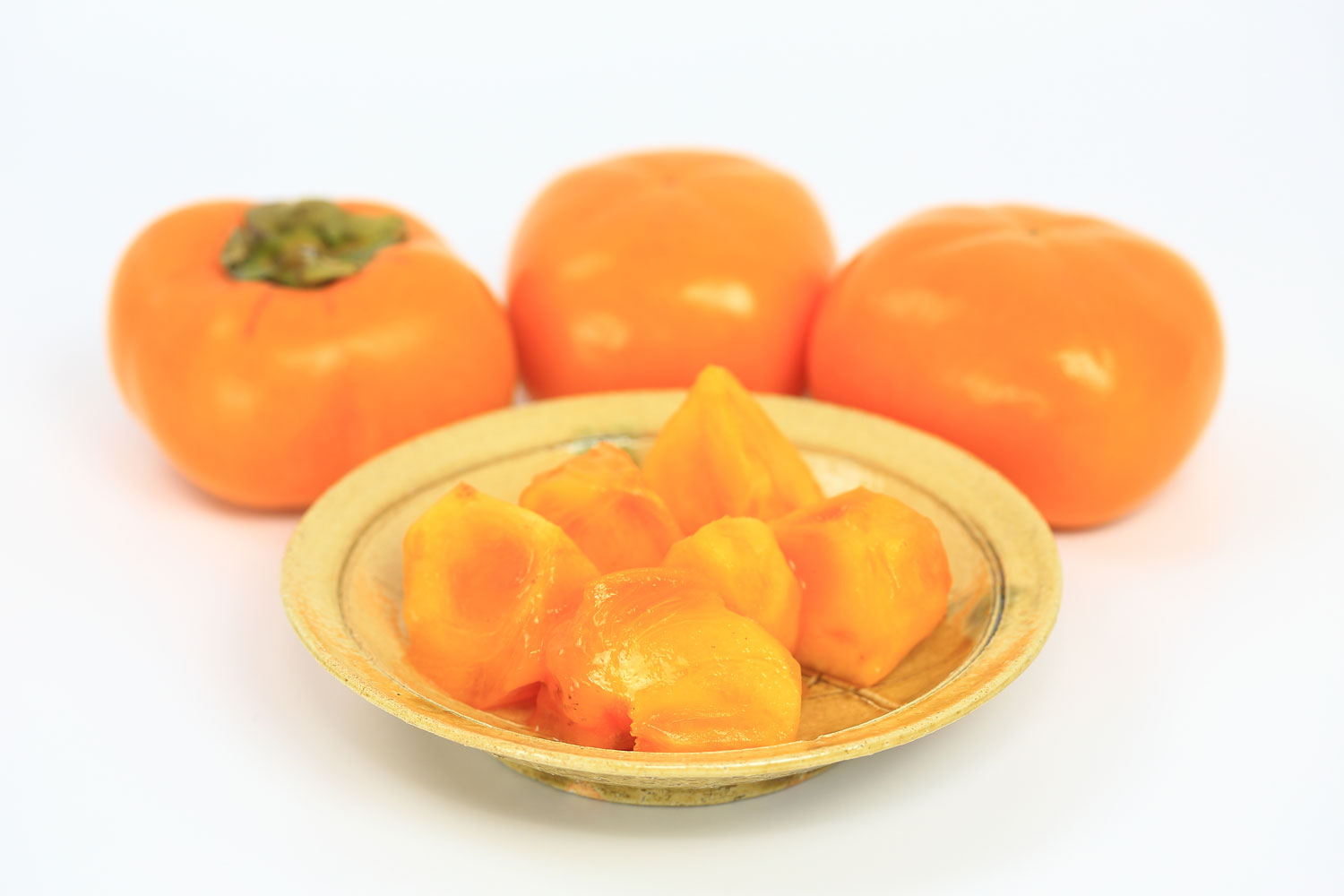 The best time to eat a Japanese persimmon is in autumn, they are delicious eaten by themselves, baked into a pie, or made into cookies The typical type of persimmon in Japan is Diospyros kaki and it’s very sweet and rich in nutrients Usually the fruit is ripe when most of the leaves have fallen of the tree around October and November The fruit can be eaten with or without the skin The meat can be dried and be made into chips