Kobe Animal Kingdom resides on a small island in Kobe City. Inside, there are many different exotic species living in large, open spaces where they can interact with other animals as well as you! In some cases, you can even feed them! 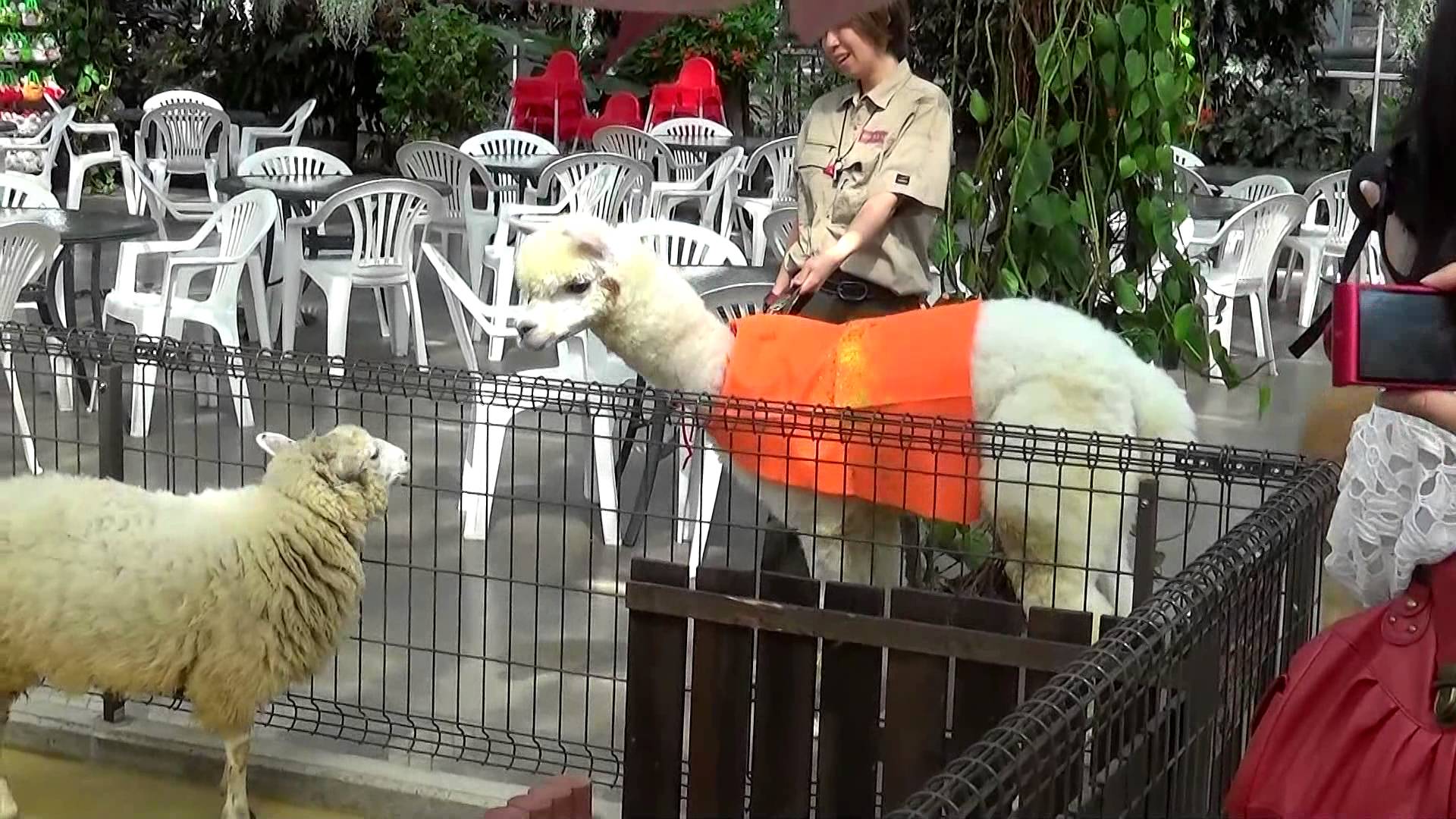 The space is divided into zones. The outside park is an open pasture, with sheep, a camel, an alpaca, kangaroos, and penguins. They even have a horse you can ride! You can even feed the kangaroos and the alpaca! 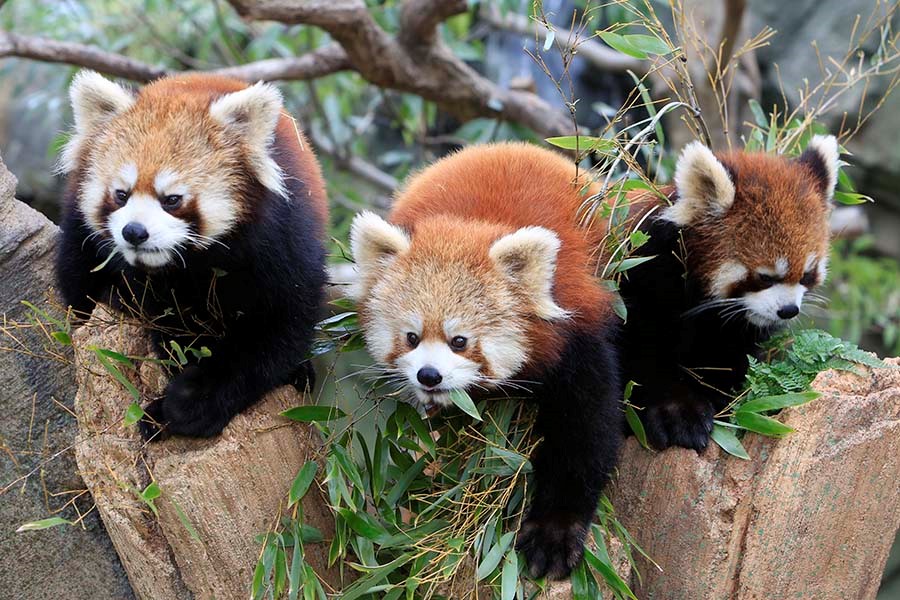 The inside park is still loosely divided into zones. There’s a domestic section with dogs and cats that you can sit with and pet as much as they like. Next, there is a zone where small birds can sit in your hand and eat the seeds. 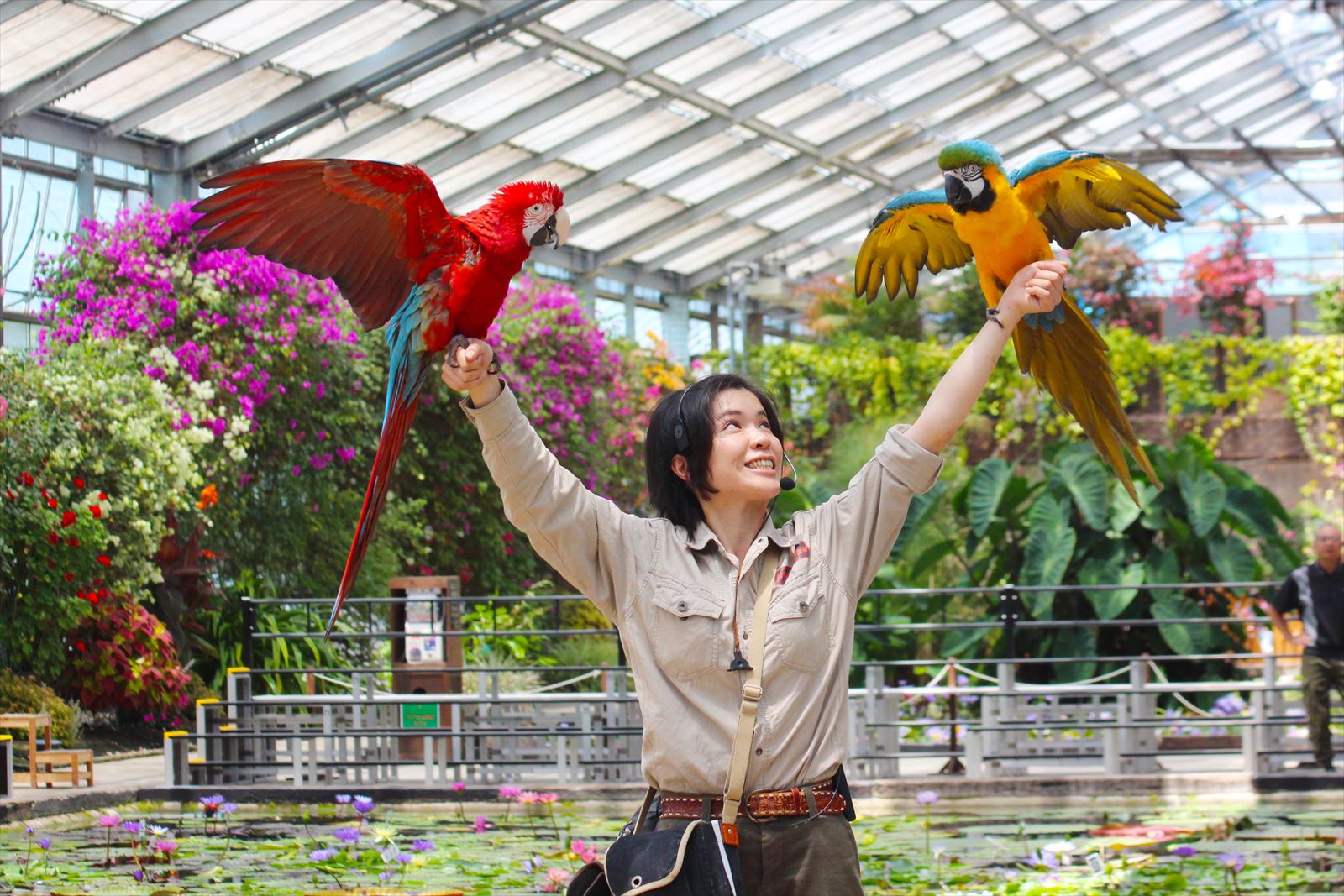 Finally, there’s an exotic bird show, featuring hawks and parrots. These birds will fly so close, you can actually feel the wind from their wings. The trainers do explain (in Japanese) the different characteristics of each bird, and then they fly directly over the audience’s heads. 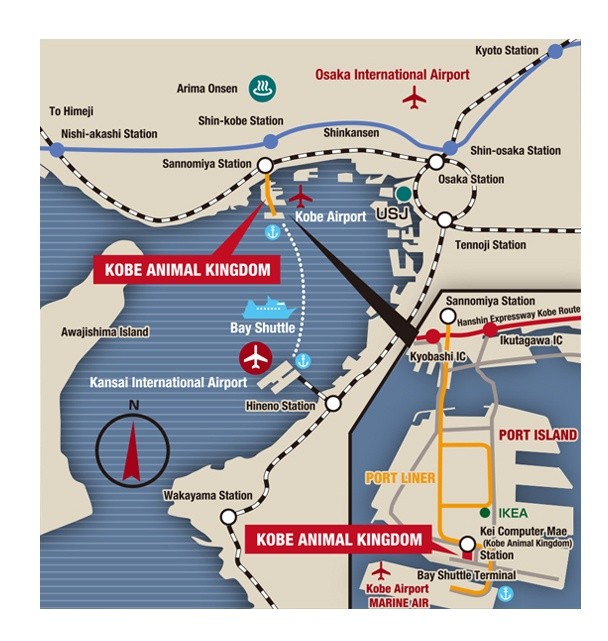