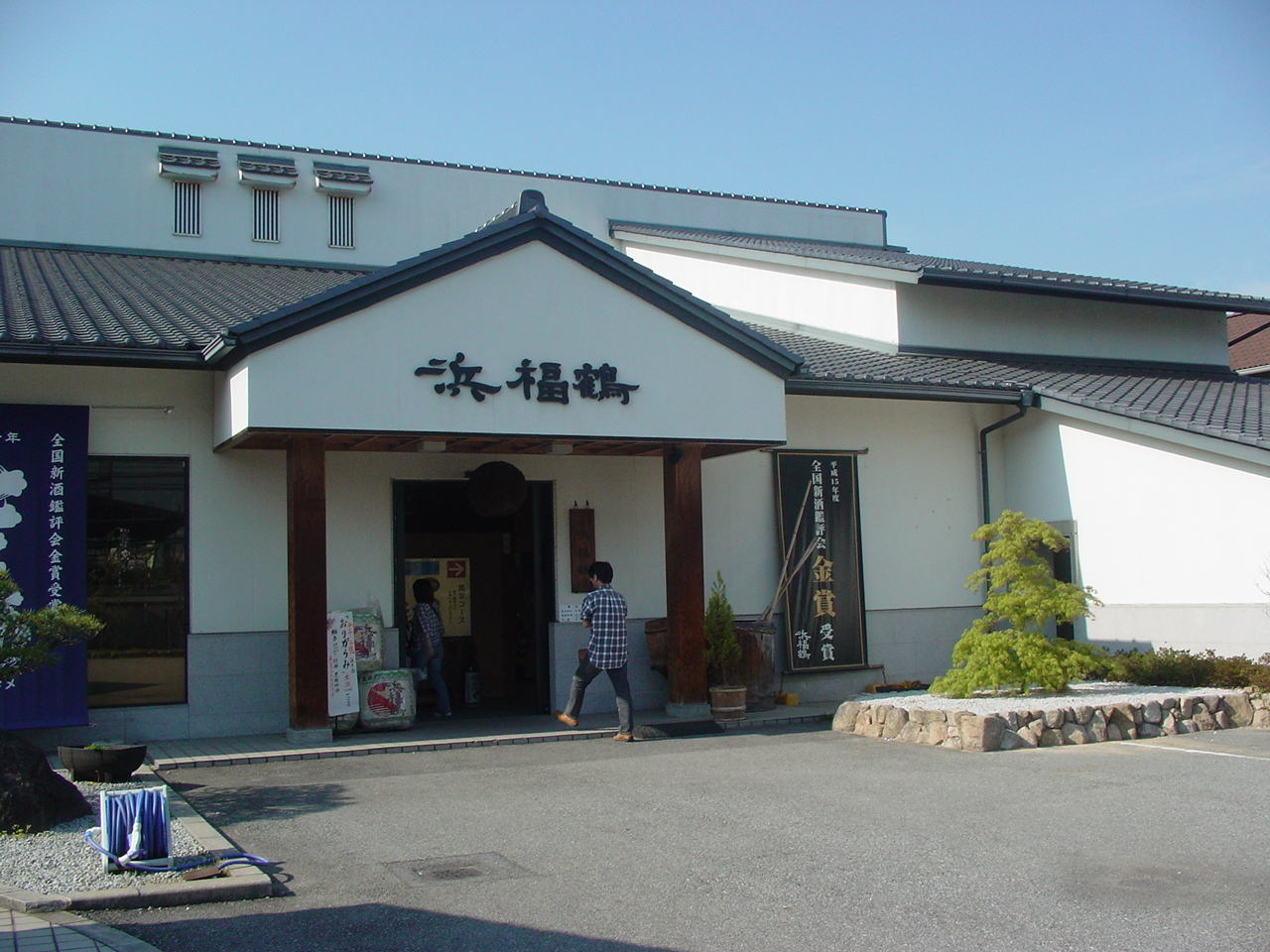 Nadagogo is an area stretching from Nada-ku, Kobe City to Nishinomiya City in Hyogo Prefecture and widely known for sake making. Many consider the area to be Japan’s largest sake making area. Actually, about one-third of all the sake in Japan is produced here. I have recently paid a visit to Hamafukutsuru Ginjo Kobo, one of the breweries in the area. 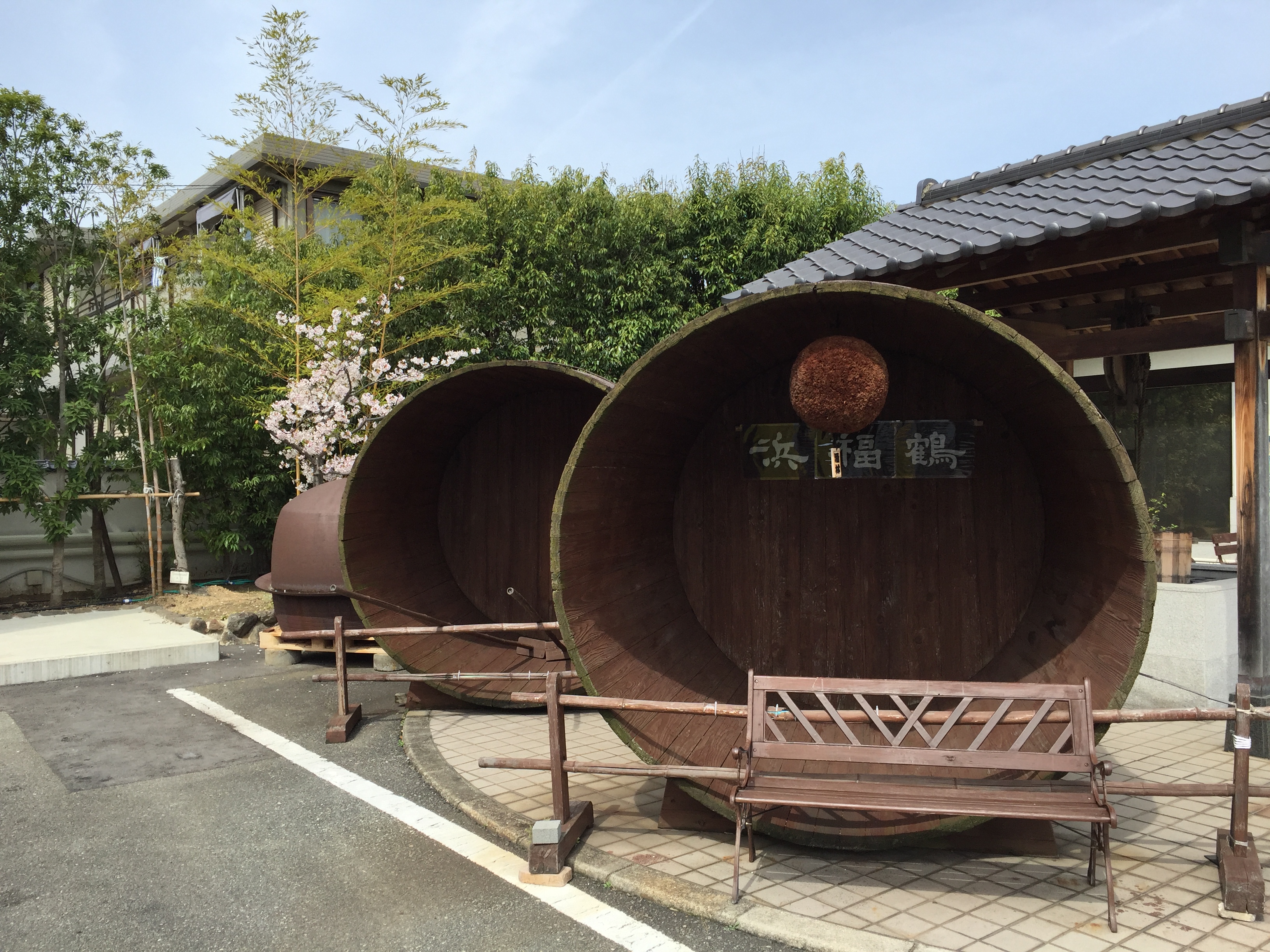 It was from around 18th century that sake from Nadagogo became known nationwide. According to a record in 1697, the name of Nada was not yet found in the list of the barrels delivered from the commercial center in the west to Edo, the old capital. It is in a record from 1724 that we can find a report in which 26 brewers in Nada are mentioned as sending sake to Edo.

Ever since around that time, the Nadagogo area has developed rapidly as a sake producing area supported by many factors such as “Miyamizu,” the spring water that best suites sake making, “Yamadanishiki,” a particular type of the ingredient rice, “Rokko Oroshi,” the cold wind from the mountains of Rokko and “Tanba Toji,” the sake brewers with sophisticated skills.

The area suffered great damage at the time of the Great Hanshin and Awaji Earthquake in 1995 but successfully recovered. Still today, about one-third of all sake in Japan is produced in the Nadagogo area. 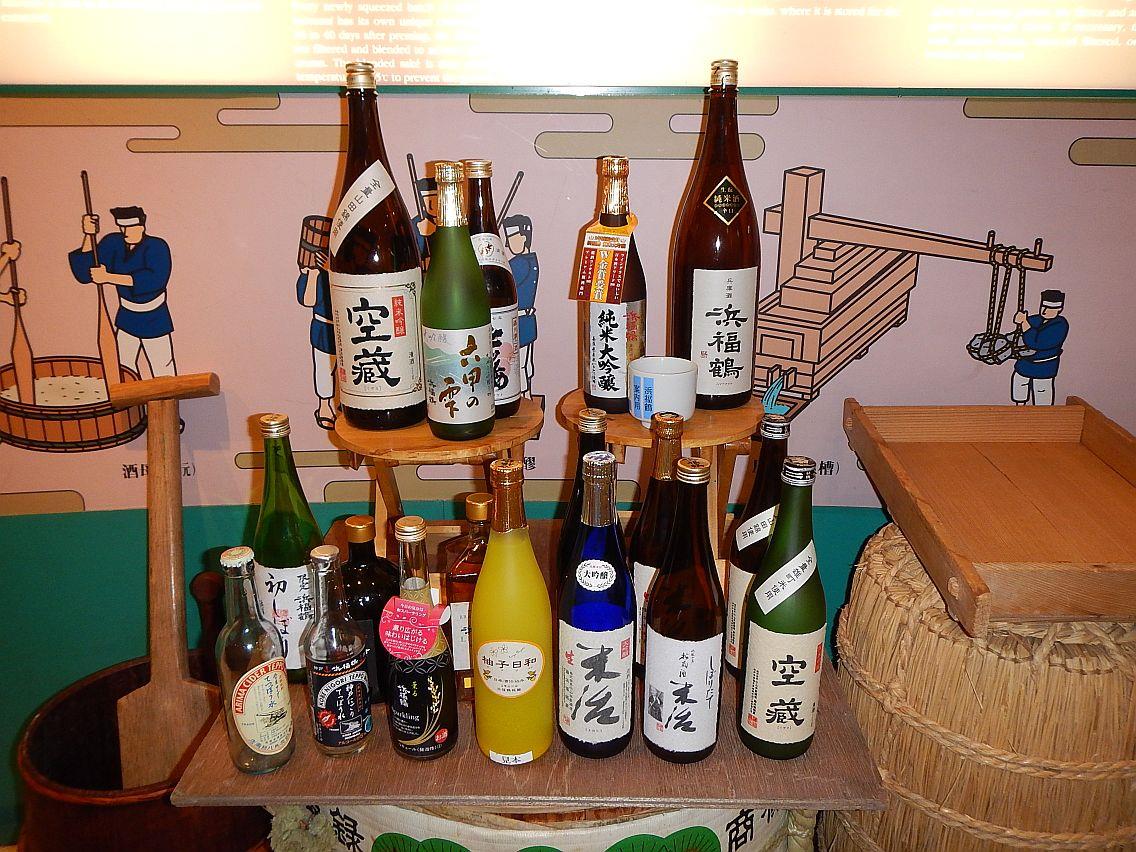 Inside Hamafukutsuru Ginjo Kobo, all kinds of sake and sake related products are lined up on the shelves. On the first floor, you can not only look around and buy those products but also try tasting sake for free. First things first; I tried some brands of sake for myself. 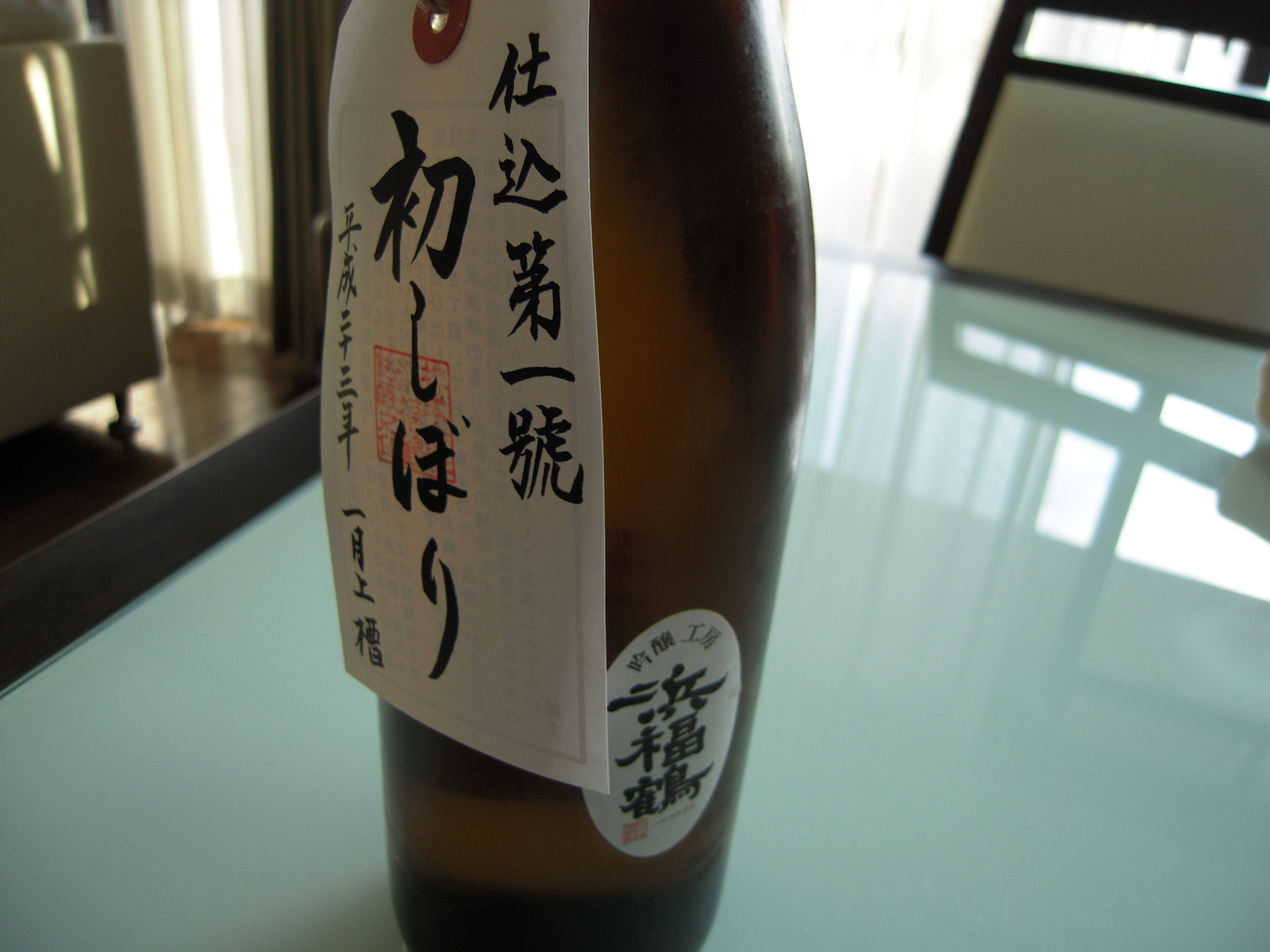 The first sake brand I tried was “Kuzou,” the high quality ginjo sake made from Yamadanishiki rice. It has clear and dry taste, which is typical with many sake brands from Nada, and is very refreshing in aftertaste.

The name Kuzou derives from the brewery’s experience after the earthquake in 1995. The storehouses of the brewery were completely destructed in the quake and the brewery suffered a devastating loss. The name “Kuzou” literally means “Sky Storehouse.” It was named to remember the blue sky they saw from the collapsed storehouse. 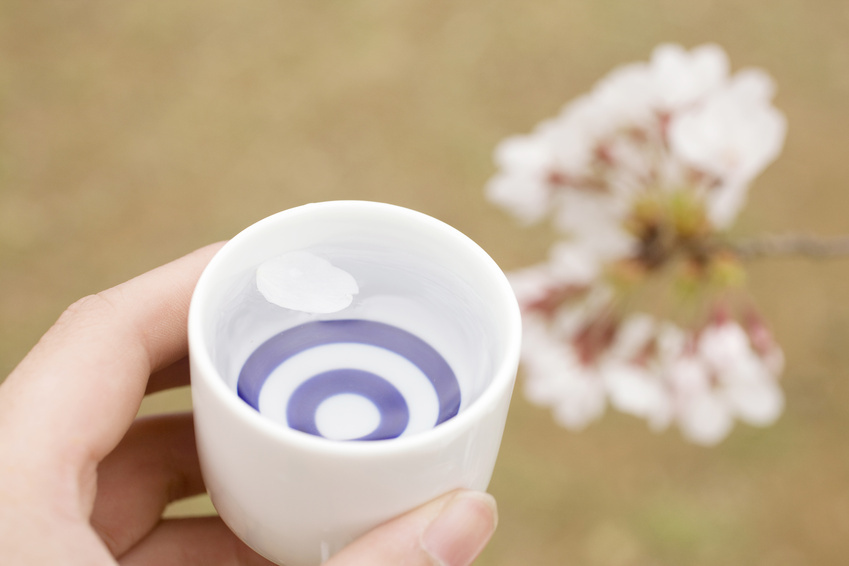 For anyone who is not much of a sake fan, “Hamafukutsuru Yuzubiyori,” which is yuzu citrus flavored sake, is recommended. Even though it is actually sake, its refreshing sweetness tastes similar to fruit juice and spreads nicely over the palate.

They also offer whiskey, brandy and various other products, which all made my visit very enjoyable. 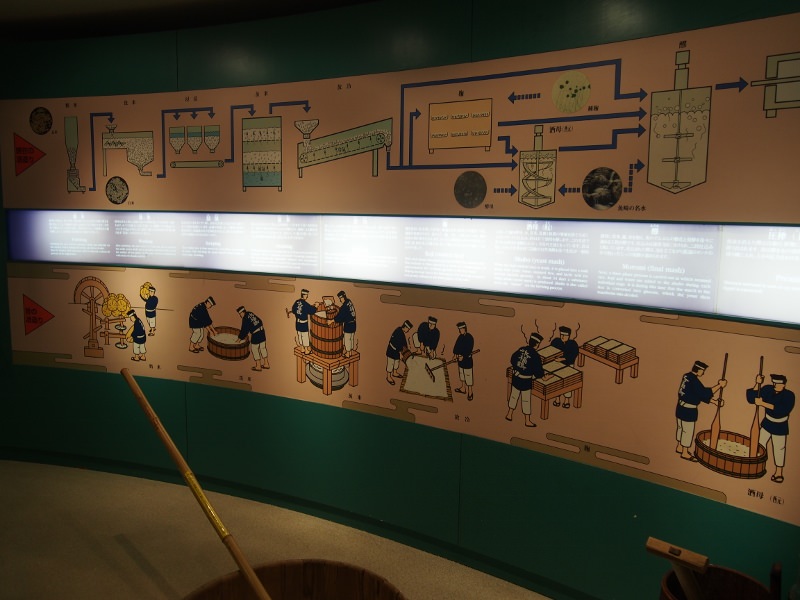 On the second floor of the brewery, you can see the actual sake brewing process through the glass. You can first learn about the brewing methods of the present and the past on the panels. You will surely be impressed to know how many small steps the brewing process is divided into. 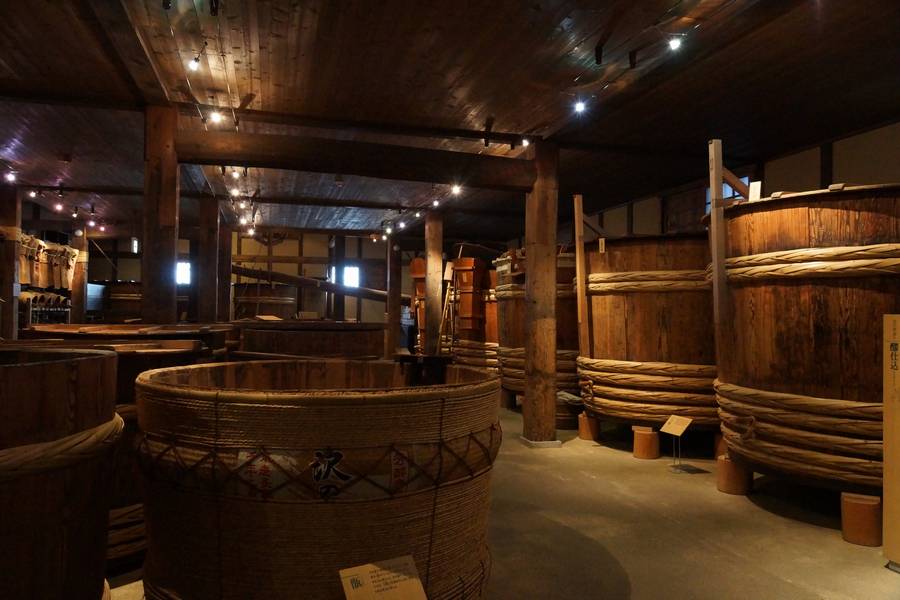 This photo shows the process of “rice steaming and heat dissipation.” Steaming of rice makes one of the most essential parts of sake making process. The quality of steamed rice directly affects the following fermentation process. After being steamed, rice is sent to the next cooling process. 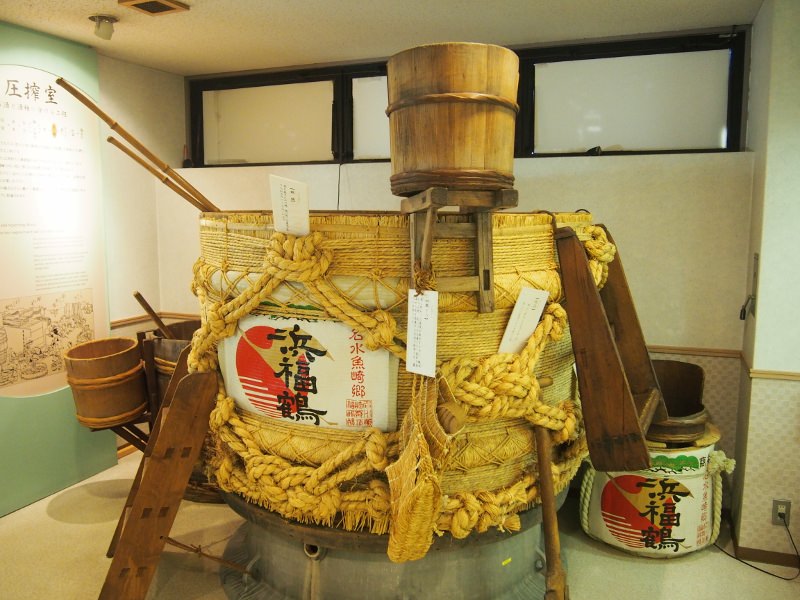 At the factory tour section, some old sake making tools are displayed. The large barrel in this photo is called “Koshiki Oke” and was used for steaming rice. The bottom of the barrel has many holes for dissipating steam. The letters of “Hamafukutsuru” on the bottom of the barrel appear really proud and dignified. 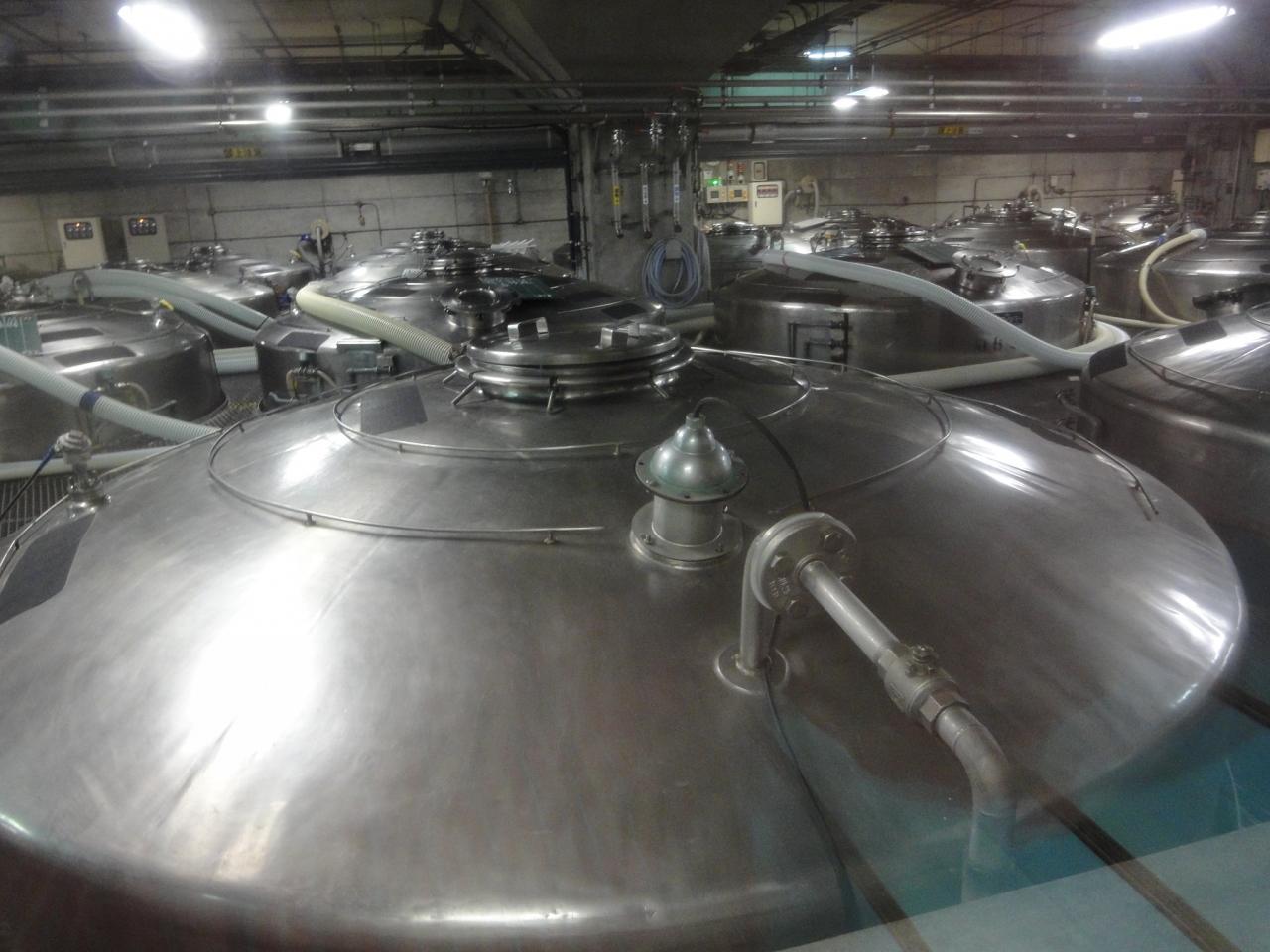 This is the “compression room.” The “moromi” which is a mixture of fermented rice dissolved in liquid is divided into sake and lees here. This is basically where sake is produced in its most crude form. Then, most commonly, sake goes through some processes of fine adjustments and heating for sterilization before coming into a finished product.

Back on the first floor, you can also try tasting crude sake before the adjustments. You will probably find the taste quite a bit raw.

Other Attractive Breweries in the Area 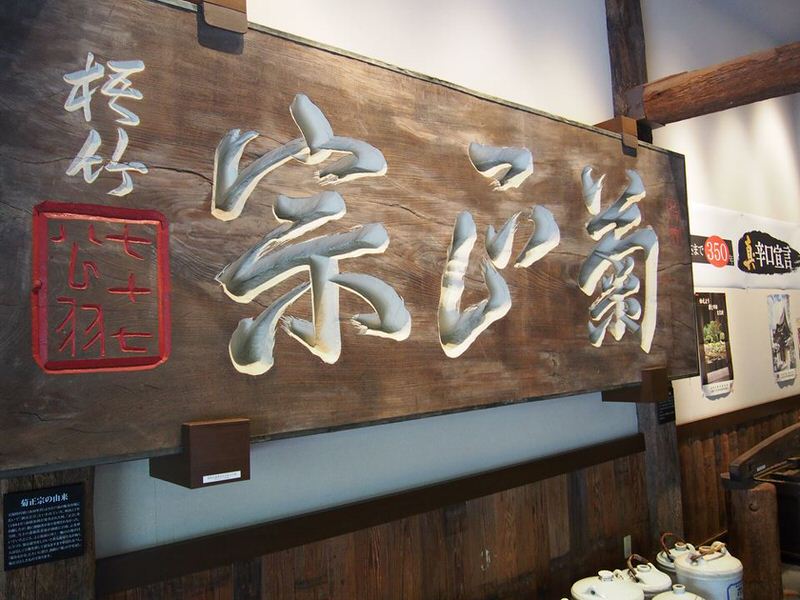 Besides Hamafukutsuru Ginjo Kobo, there are also Kikumasamune, Hakutsuru and many other renowned sake breweries in the Nadagogo area. Many of them also allow you to try tasting their sake products, so make sure to pay a visit.

When visiting Nadagogo, make sure to use public transportation because you would not be able to enjoy sake tasting if you have to drive on your way back.