The Tenryuji Temple is a highly recommended place to visit in Arashiyama in Kyoto. The gorgeous zen garden is a must see in autumn. Exporter the temple while learning some Japanese history.

Tenryuji Temple is a highly recommended temple to visit. There are so many temples in Kyoto and it is quite hard to choose which one you should put on the itinerary. Kyoto is always busy because this city has so many famous historic places. Take your time to enjoy the scenery and look at many beautiful scenes. There are some kimono rental shops in the Arashiyama district, so it is a good opportunity to wear a kimono and walk around the temple or the town. 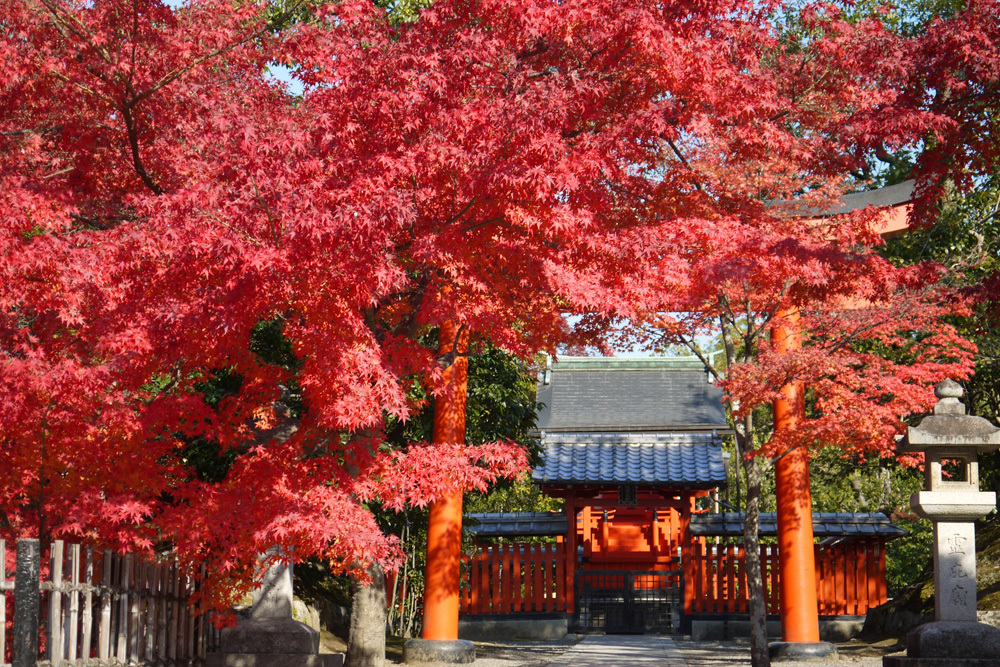 Tenryuji Temple became a World Heritage in 1994 and the temple is located in Arashiyama, the western region of Kyoto. Arashiyama is well-known for sightseeing spots during the spring while the cherry blossoms are blooming and during the fall when the leaves are turning colors. Tenryuji Temple was built in 1339 by the shogun Ashikaga Takauji, to pray for the repose of Emperor Go-Daigo’s soul after he passed away upon the advice of Rinzai Zen Buddist monk Muso Soseki who is well known as a landscape architect, the Saiho Temple’s garden is famous because he designed it. 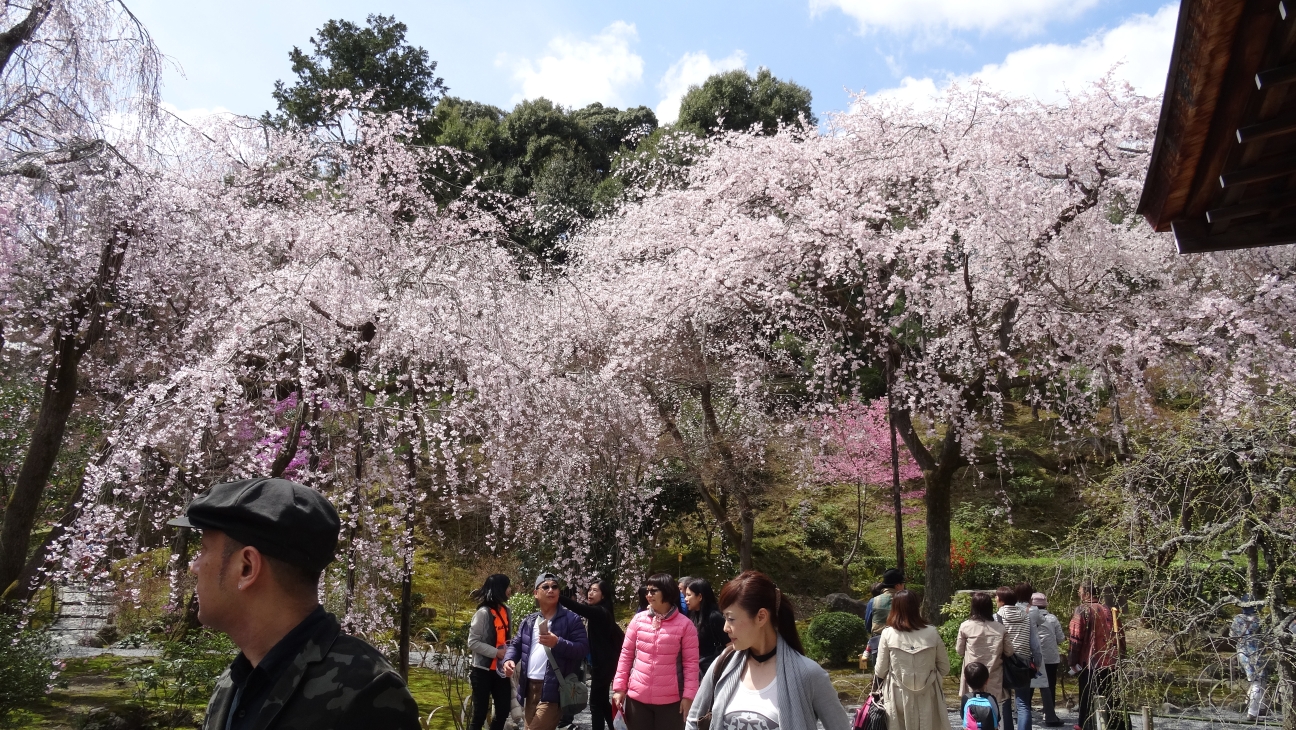 Ashikaga donated other land to operate the Tenryuji Temple, but management had planned to devote more funds. He then decided to start trading with the Yuan dynasty in China, trade had been stopped for many years since the Mongol invasions of Japan that occurred in 1281. Unfortunately, Tenryuji Temple was involved in eight fires after being built. 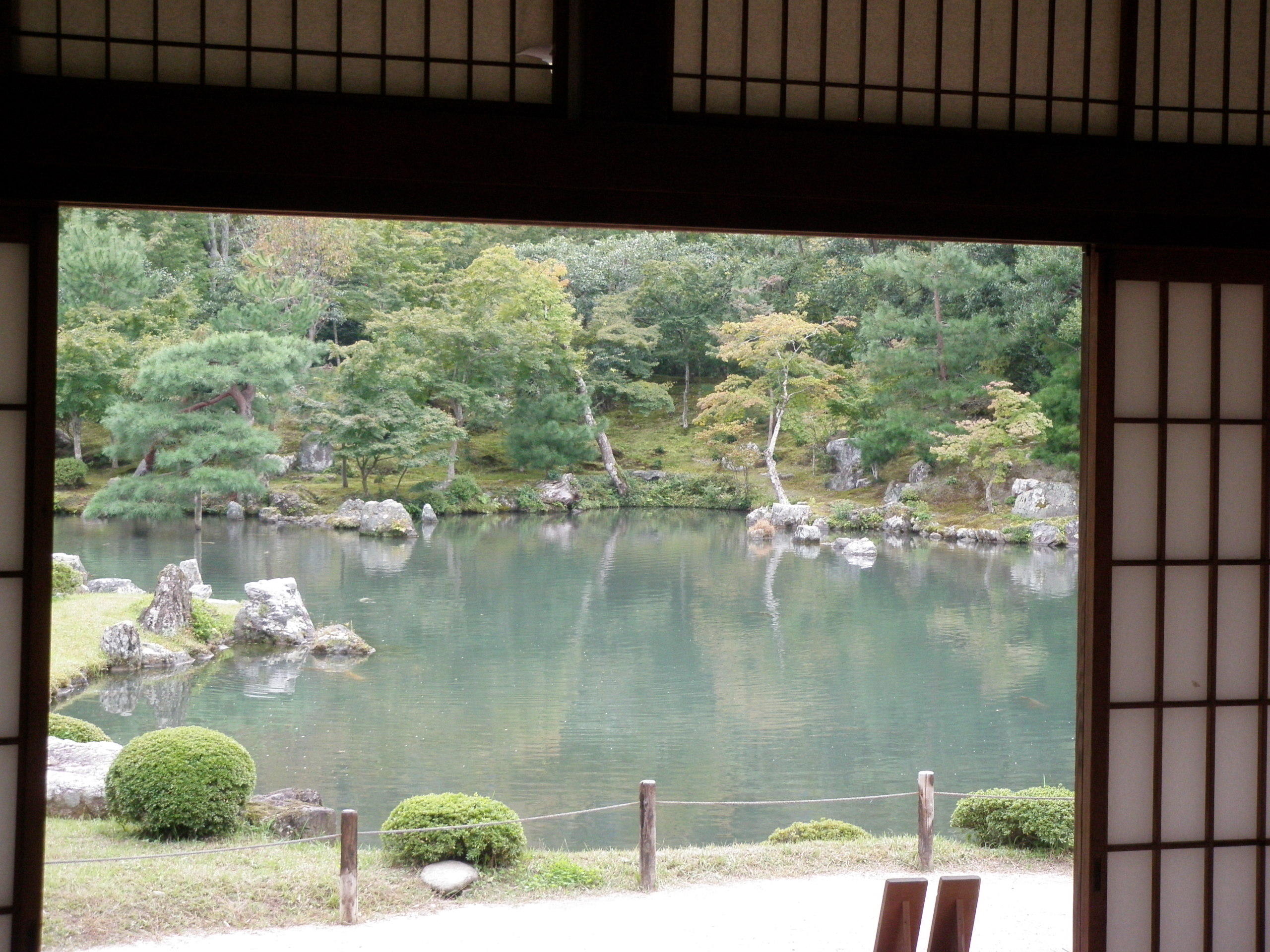 In fact, a number of the official historic document had been destroyed by the fire happened in 1380. The damage from the fire over several times was enormous, reconstruction didn’t proceed until receiving a donation from Hideyoshi Toyotomi in 1585. Even after the donation, the temple was damaged by fires a few times. At the present time, large parts of the temple were rebuilt in the later part of the Meiji period. 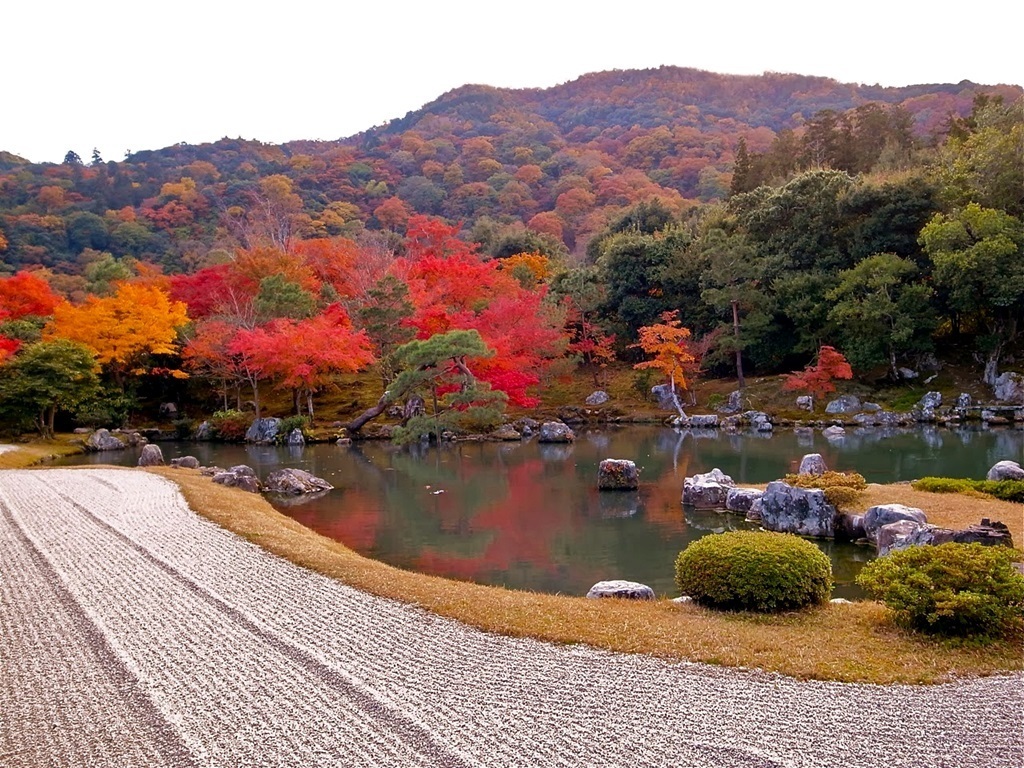 The beautiful zen garden, Sogenchi Teien is the best spot to see at the temple. Sogenchi Teien was built over 700 years ago, the original building is still standing and it was built in the shakkei-style, it is the traditional Japanese technique of a borrowed landscape garden with a path to walk around a central pond. You can take a walk along the garden or just sit on the bench the whole day to see the beautiful scenery. 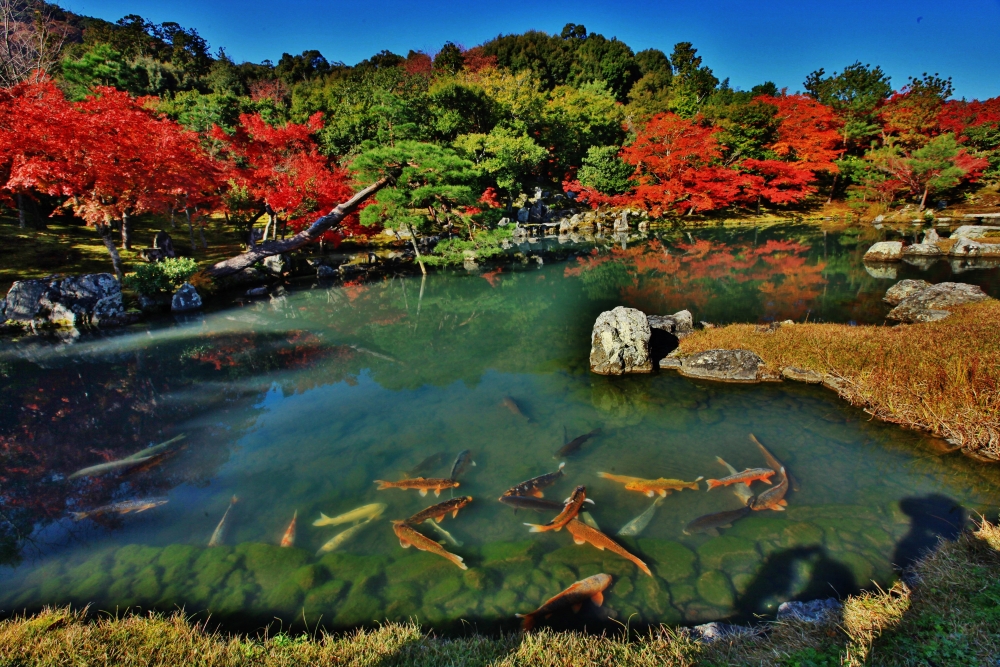 Hatto is a single-story lecture hall, the building was built in Yosemune Zukuri style, it was established in 1900. The Cloud Dragon painting on the ceiling is the must see thing when at this temple. The Cloud Dragon was painted by Japanese artist. Kayama Matazo in 1997. The Cloud Dragon is painted in the Happo Nirami style which means it looks like dragons are starting at you from where ever you look.