From the bright exterior to the unusual themed menu, the world’s first official PPAP cafe has a number of flash trimmings that fans will love.

After appearing on YouTube on 25 August, the “Pen Pineapple Apple Pen” music video by Japanese comedian Kosaka Daimaoh’s stage character “Piko Taro” quickly became an Internet sensation, with the hilarious clip receiving over 7.9 million views and 4,000 comments in just one month since its release.

Two months later, the song about sticking a pen inside a pineapple and an apple now has more than 67 million views.

The clip’s huge popularity has led to a number of spin-off products and even a Pen Pineapple Apple Bread from a Japanese bakery in Kanagawa. Now, Piko Taro’s management company is teaming up with the Tree Village store area at the foot of Tokyo Skytree, for the grand opening of an official cafe featuring all the flash trimmings you’d expect from anything associated with the leopard-print wearing star and his video.

The front of the store features Piko Taro surrounded by the colours of a golden pineapple, while the store sign includes images of a pen pineapple and an apple pen. 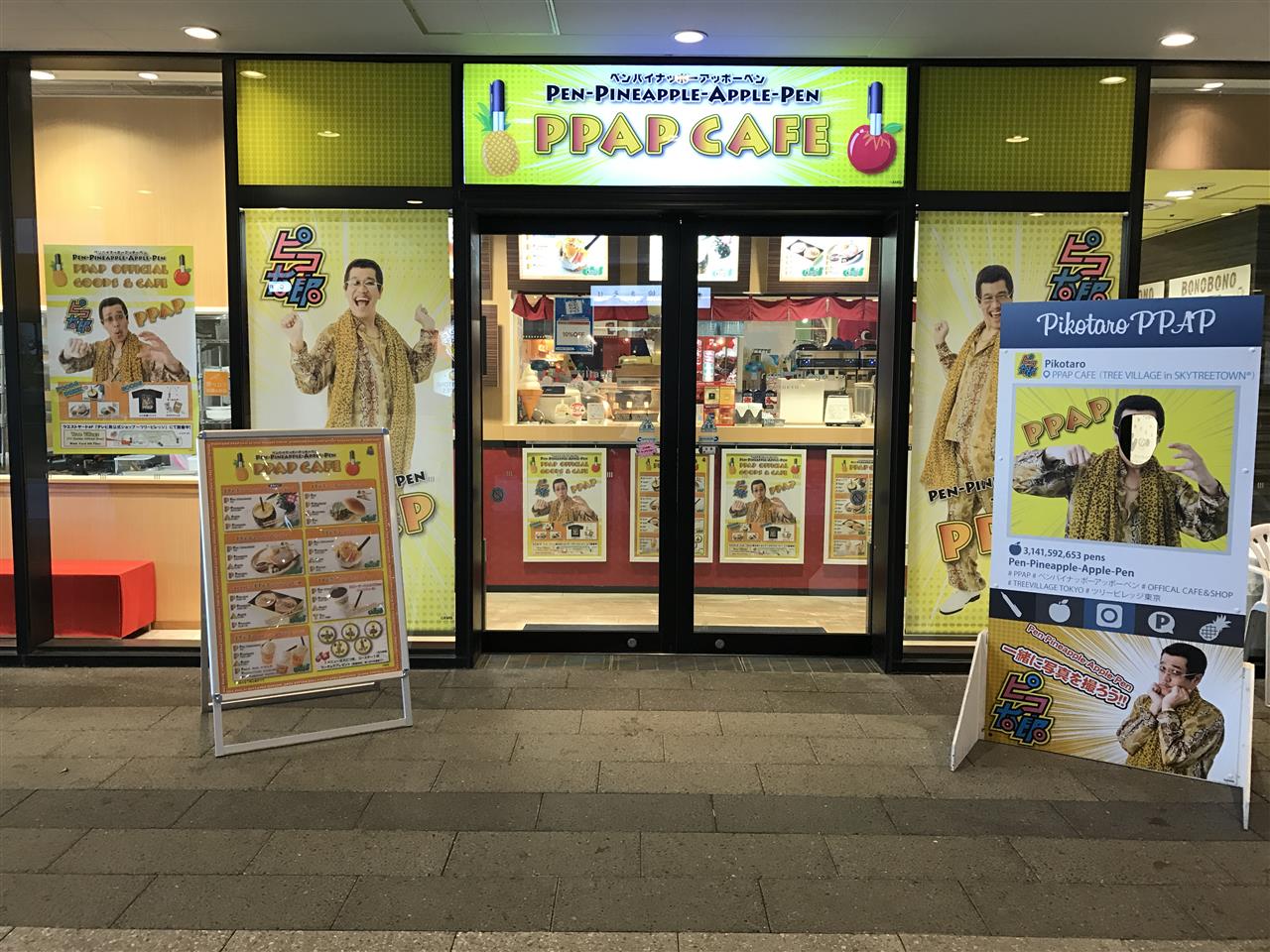 Inside, the menu features items branded with the PPAP logo, including parfaits, pancakes, sodas, a burger, and fresh pineapple juice served inside a whole fruit. Prices range from 420 yen (US$3.99) for the tea up to 878 yen for the pineapple juice, and most of the items include a chocolate “pen” and slices of fruit so you can act out the song while eating.

Customers will also be able to receive a take-home souvenir with each order, in the form of a coaster featuring the singing, dancing Piko Taro. 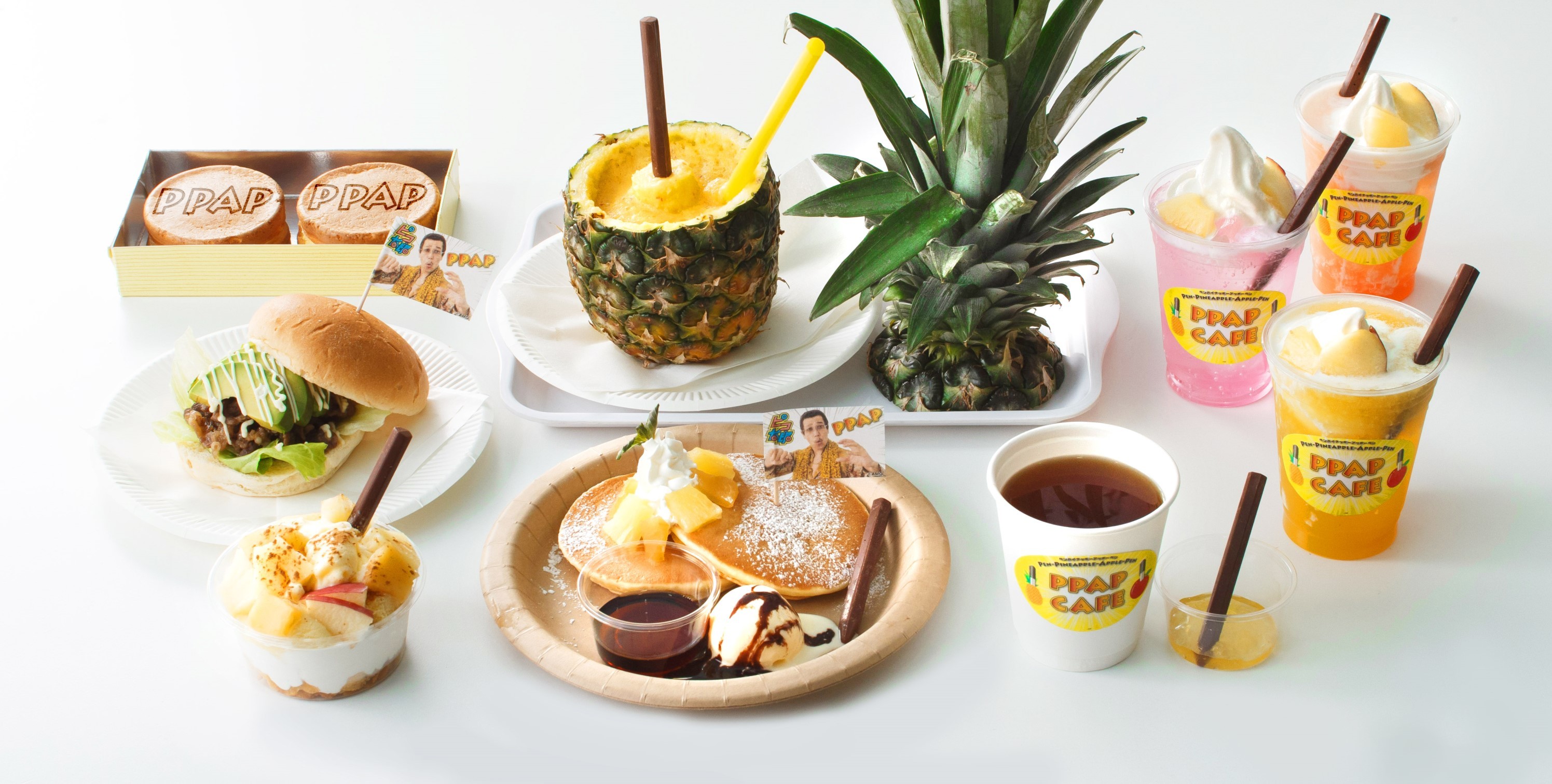 With the singer recently being awarded a Guinness World Record for the shortest song to appear on the US Billboard Hot 100 charts, where PPAP debuted at number 77, the catchy tune shows no signs of slowing down in popularity. Fans after a taste of Piko Taro and his hit song will be able to enjoy the cafe, which will also sell specially branded merchandise, for a limited time, between 1 – 20 November.