Since autumn season is coming to an end now in Japan, a seasonal event that is very common in Japan during that period is the visiting of night temples and the viewing of light shows. While temples and shrines are known to close by the end of the day (around 5pm), there is time during the year (mostly autumn season) when they don’t close but remain open until 10 p.m. It is usually by the end of October and the beginning of December that those night hours take place. These night light shows occur only during that time in order to be able to experience the autumn foliage (similarly to Hanami only happening during the Sakura season). Many impatiently wait for that time of the year to experience such a spiritual and illuminating world that appeases one’s soul and mind. 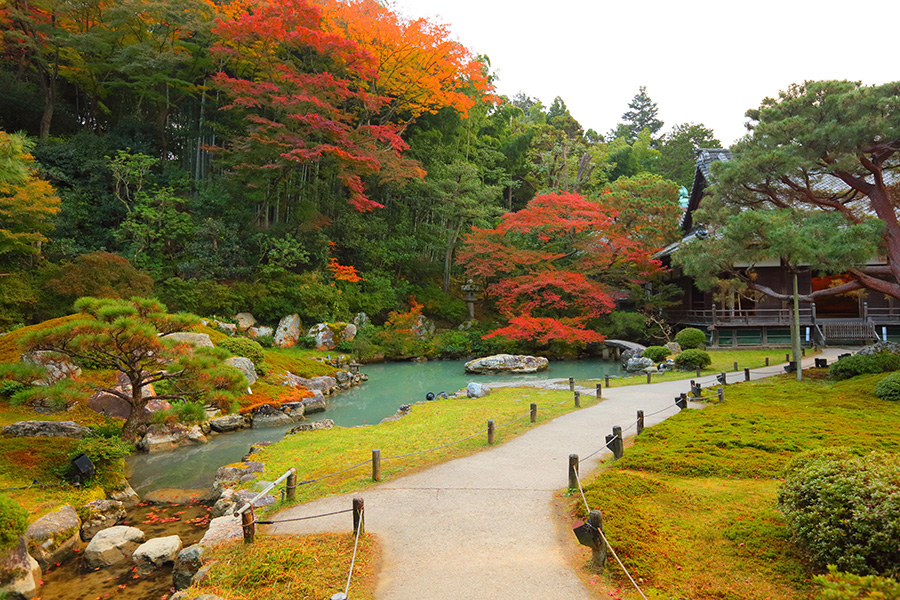 Shōren-in is a Buddhist temple that was built in the 13th century. Even though it looks like a villa because it was originally built for residential purposes, it has become a religious temple. It is also known as Awata Gosho (Awata palace) because it served as a temporary Imperial Palace (Gosho) during the Edo period. The temple has a garden that contains Kusonoki (camphor trees) that are eight hundred years old. The garden also has a pond and a waterfall. 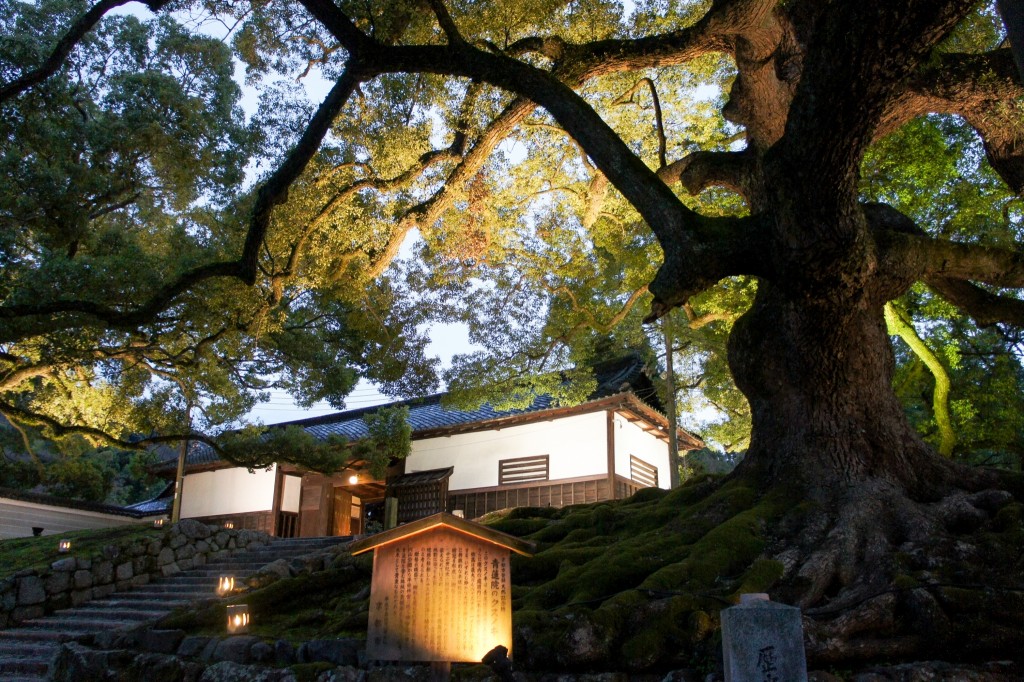 As you walk inside the temple and you pay your admission fee (800¥ for adults and 400¥ for children), you are led to the building where you remove your shoes and put them in a plastic bag to walk around and explore the interior architecture. The building is filled with a lot of old magnificent art pieces and there is a tiny shop that sells traditional Japanese sweets and tea. Once you’re done with the inside tour you will arrive at the garden where you will put back your shoes and experience the beauty of the darkness that fills the garden and the camphor trees. 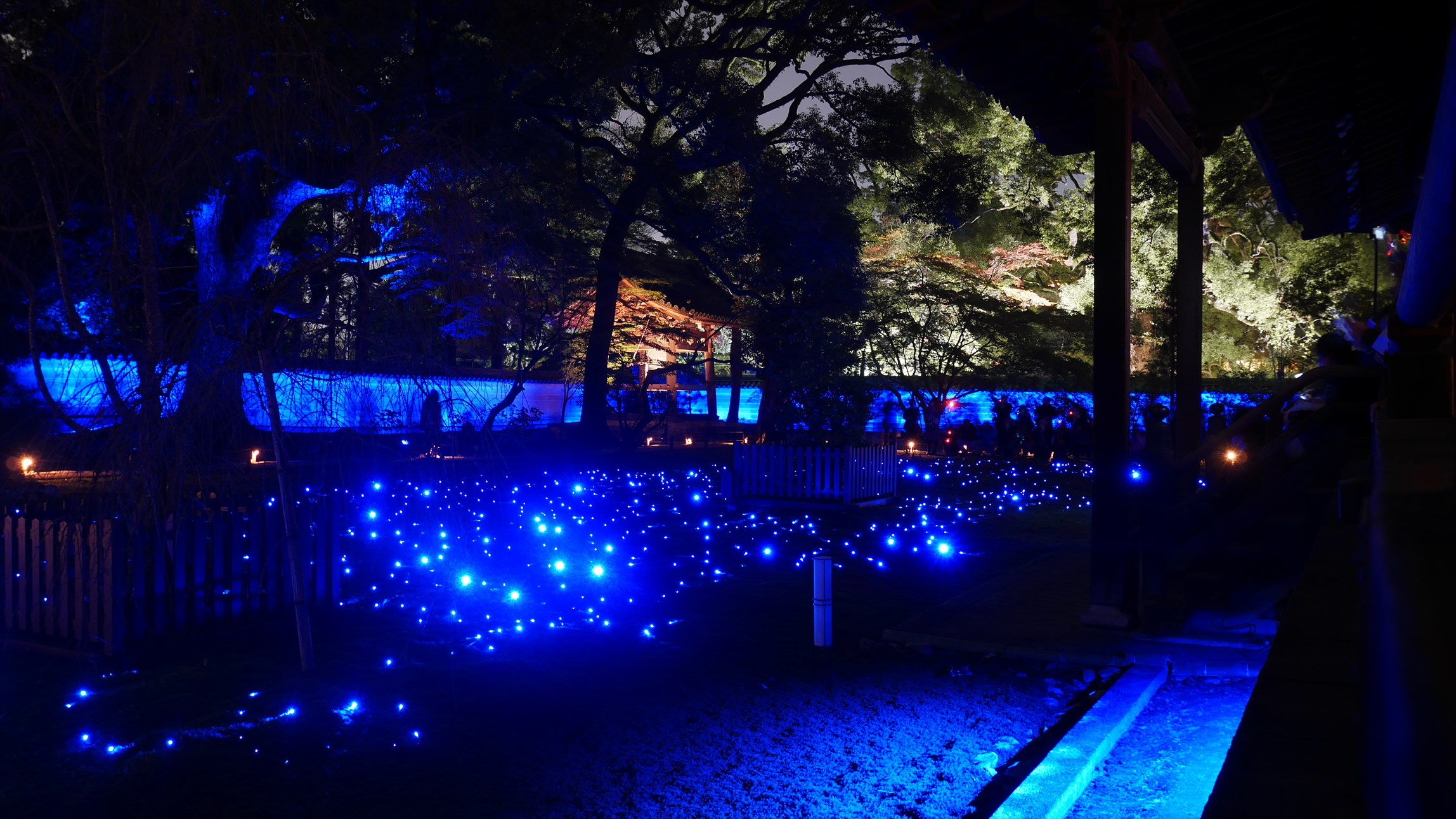 While the environment is dark, the floor of the main garden is filled with tiny light blue lights that slowly fade away and then come back gradually to create a very meditative and spiritual environment. If we synchronize this slow light show with our breathing, we can have a very delicate meditation experience amidst the pond, the garden and the euphoric trees. Keep in mind that if you continue walking upwards, you’ll find illuminated bamboo trees that have lights shining upon them allowing them to be even more beautiful than they usually are during daylight. 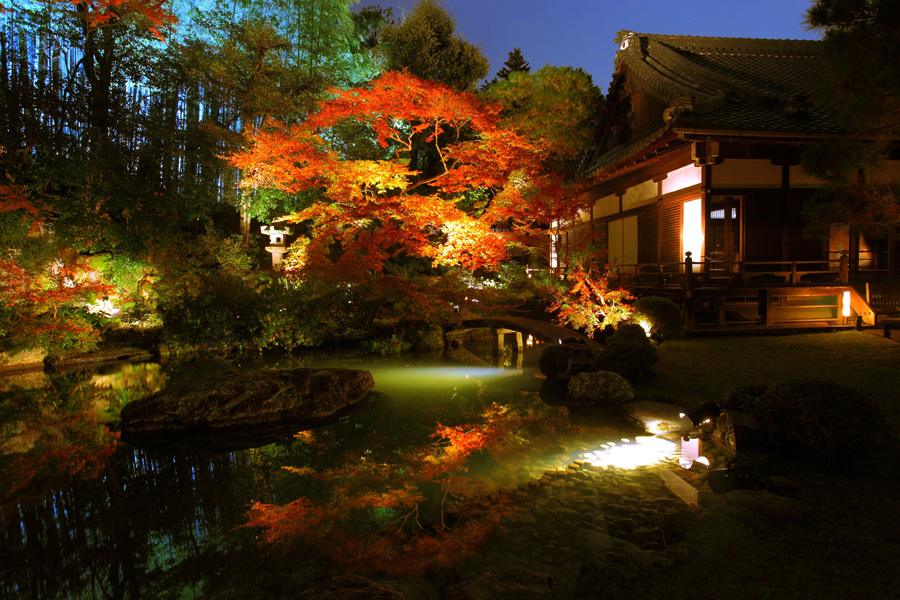 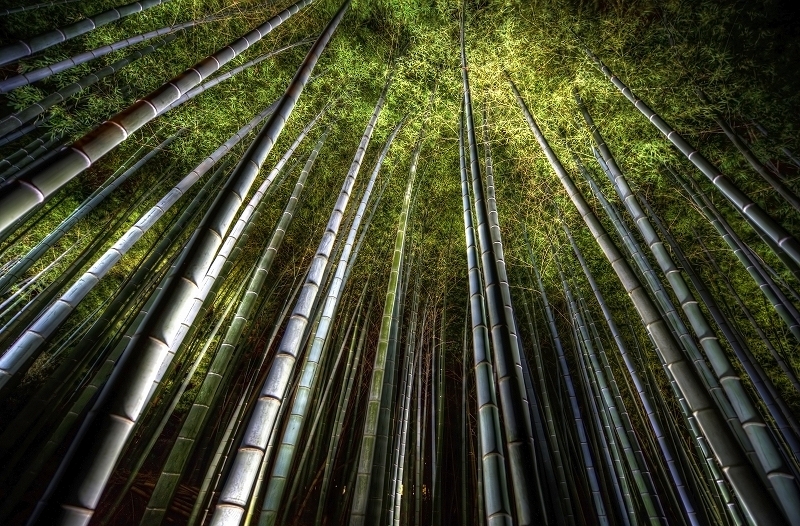 Finally, while November is not done yet, don’t hesitate to visit Shōren-in while you still can and emerge in a majestic world that will take you on a very rare illuminating journey that isn’t very prominent outside Japan and that will make you have the desire to re-experience as soon as you have completed it.