Sanjūsangen-dō is a temple of the Tendai school of Buddhism run by the Myōhō-in Temple. Sanjusangen-dō means the “Hall of the 33 spaces”, referring to bays between the pillars of the elungated edifice. Its (seldom used) official name is Rengeō-in (蓮華王院 ; Hall of the Lotus King). 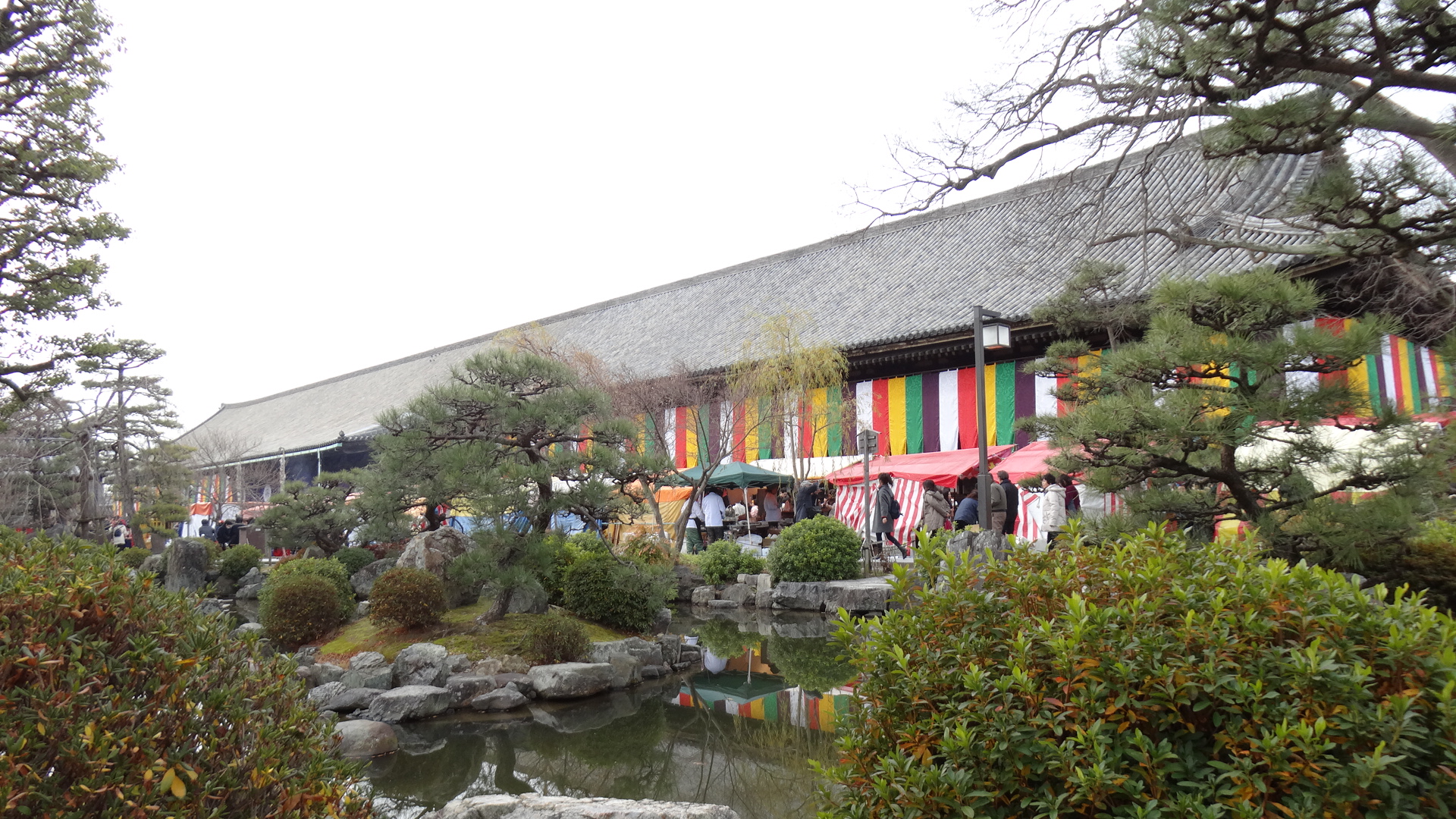 The whole building covers 1001 Buddhist statues, making it one of the most impressive display of the kind in Japan (or even worldwide). The largest statue in the middle represents the Thousand-Armed Kannon (or under her original Sanskrit name, Sahasrabhuja-arya-Avalokiteśvara), the Buddhist Goddess of Mercy. Although she only has 40 arms, each said to save 25 worlds, therefore making it count for a thousand. The statue, a National Treasure of Japan, is the work of the Kamakura-period sculptor Tankei (1173-1256), who completed it at the ripe age of 82. 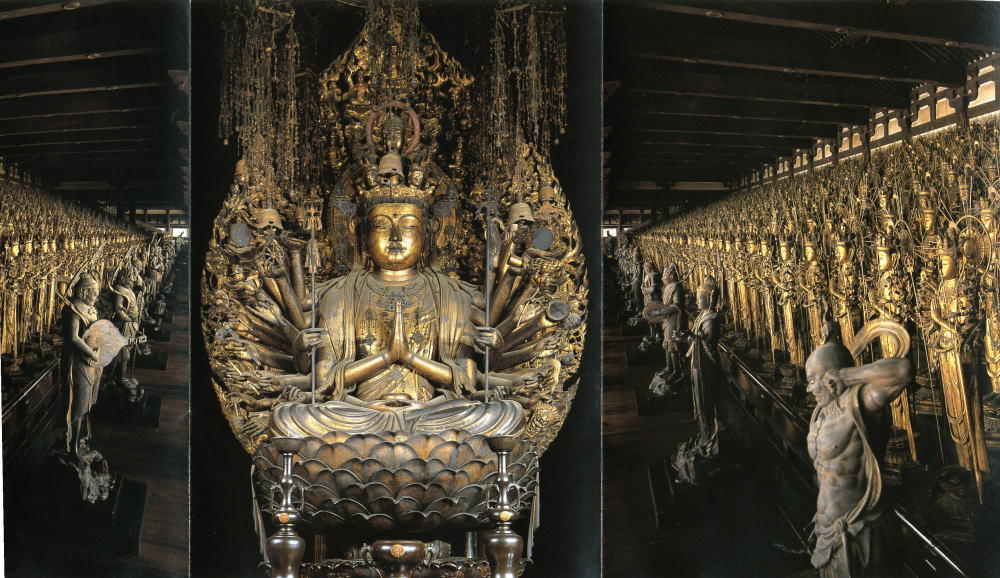 Kannon is flanked by 500 smaller gilded Buddha statues on each side. The statues are quite similar in size and appearance, but their facial traits, jewellery and clothes are all unique. Visitors like to compare them with family members or acquaintances.

28 very fierce-looking statues of Hindu gods (Buddhism being closely related to its parent religion, Hinduism) are lined up in front of the 1,000 Buddhas and Kannon statues. They all have their name written in Kanji and romanized Sanskrit. The two most famous are Fūjin and Raijin, the gods of wind and lightning. 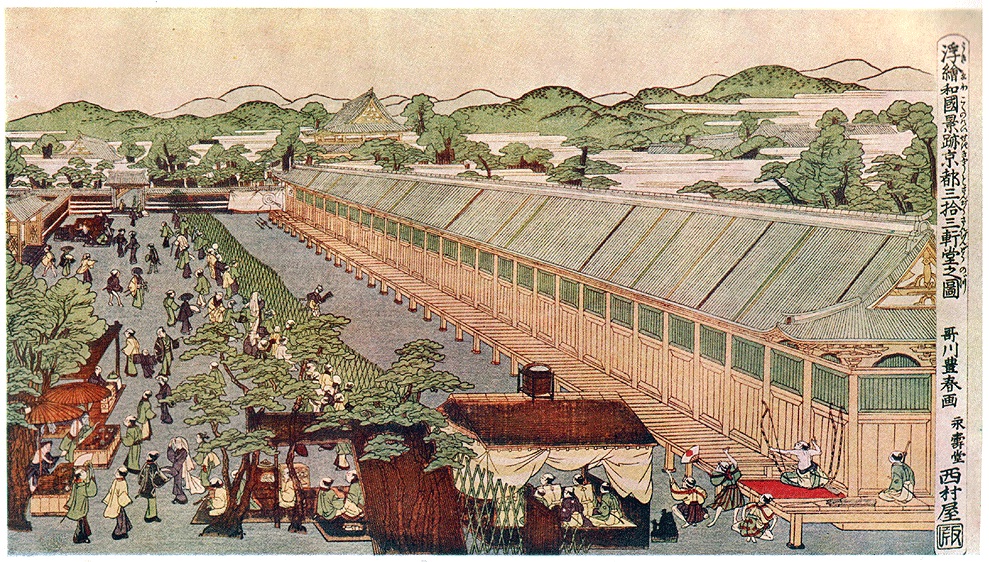 Taira no Kiyomori (1118-1181) built the original temple in 1164 on request of the retired Emperor Go-Shirakawa. The temple burnt to the ground in 1249 and was faithfully reconstructed in 1266. 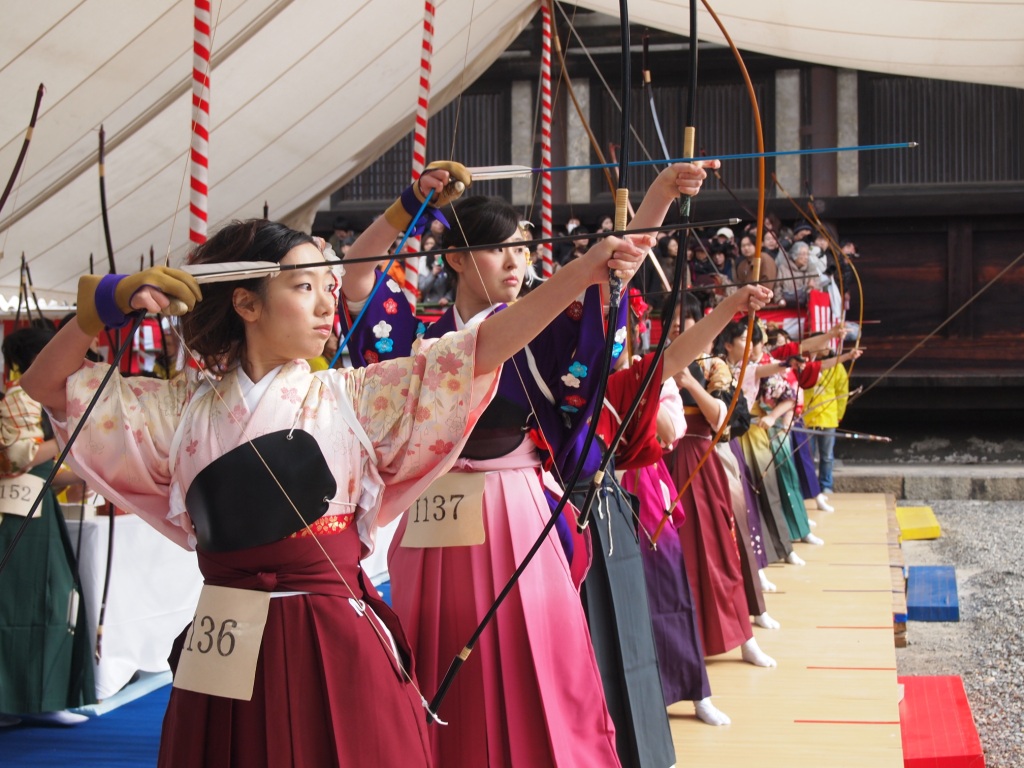 On 15 January of each year is held the Tōshiya (通し矢 ; lit. “passing arrow”), an archery exhibition contest. Archers gather on the west veranda to shoot arrows from the northern to the southern end of the hall. The festival traces its origins to the early 17th century, when samurai came to Sanjūsangen-dō to practice their archery skills. They were supposed to shoot fire arrows, in a squatting position, along the 118m-long hall without hitting the building (it is a wonder that the hall did not burn down in over 250 years of practice).

Shoren-in Temple: Tranquil By Day, I...