Japanese curry (カレー, karē) is a dish that is so popular in Japan. It is readily available at various restaurants, and many households cook it at home too. As the curry is usually served with rice, you would hear the term “curry rice” (カレーライス, karē raisu) mentioned often.

After importing curry from India, the Europeans invented curry powder so that the layman could cook curry without having to master the intricacies about spices. This form of curry was introduced to Japan during the Meji Period (1868-1910), from which the Japanese adapted the dish to suit their tastes.

The usual ingredients added in Japanese curry include potatoes, carrots, onions and meat. The sauce itself is usually made from curry powder or roux, which is a of a blend of basic Indian spices. The typical Japanese curry is thicker in texture and tastes sweeter but less spicy than its Indian counterpart.

The meat of choice is more often pork or beef, differing from Indian curry in which chicken or mutton is usually used. It has been observed that pork is the most popular meat for curry in eastern Japan while beef is more common in western Japan.

A very common variation of Japanese curry is katsu kare (カツカレー), which is a dish of regular Japanese curry rice plus a piece of tonkatsu (deep-fried pork cutlet) put on top. 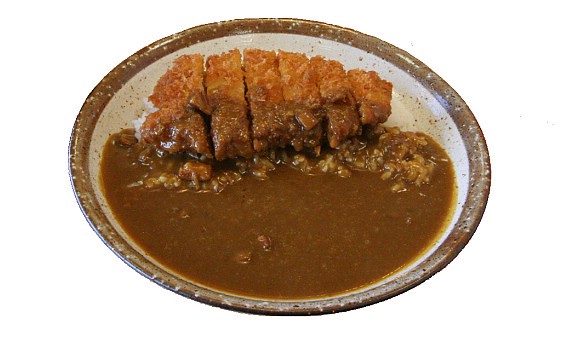 Where to find it?

How to eat it?

Japanese curry is usually eaten with a large Western style spoon. It is often accompanied with a garnish of fukujinzuke (a slightly sweet mix of pickles) or rakkyo (pickled Japanese scallion).
Preparing it at home

When preparing curry with instant roux, vegetables and meat are first cooked in water, after which solid chunks of roux are added to the broth. In contrast, retort packages are pre-made curry stew that already contain the vegetable and meat; all one has to do is to heat the entire package in hot water for a few minutes, and the curry will be ready to be served over rice.

How To Do Hanami? | Japan Guide